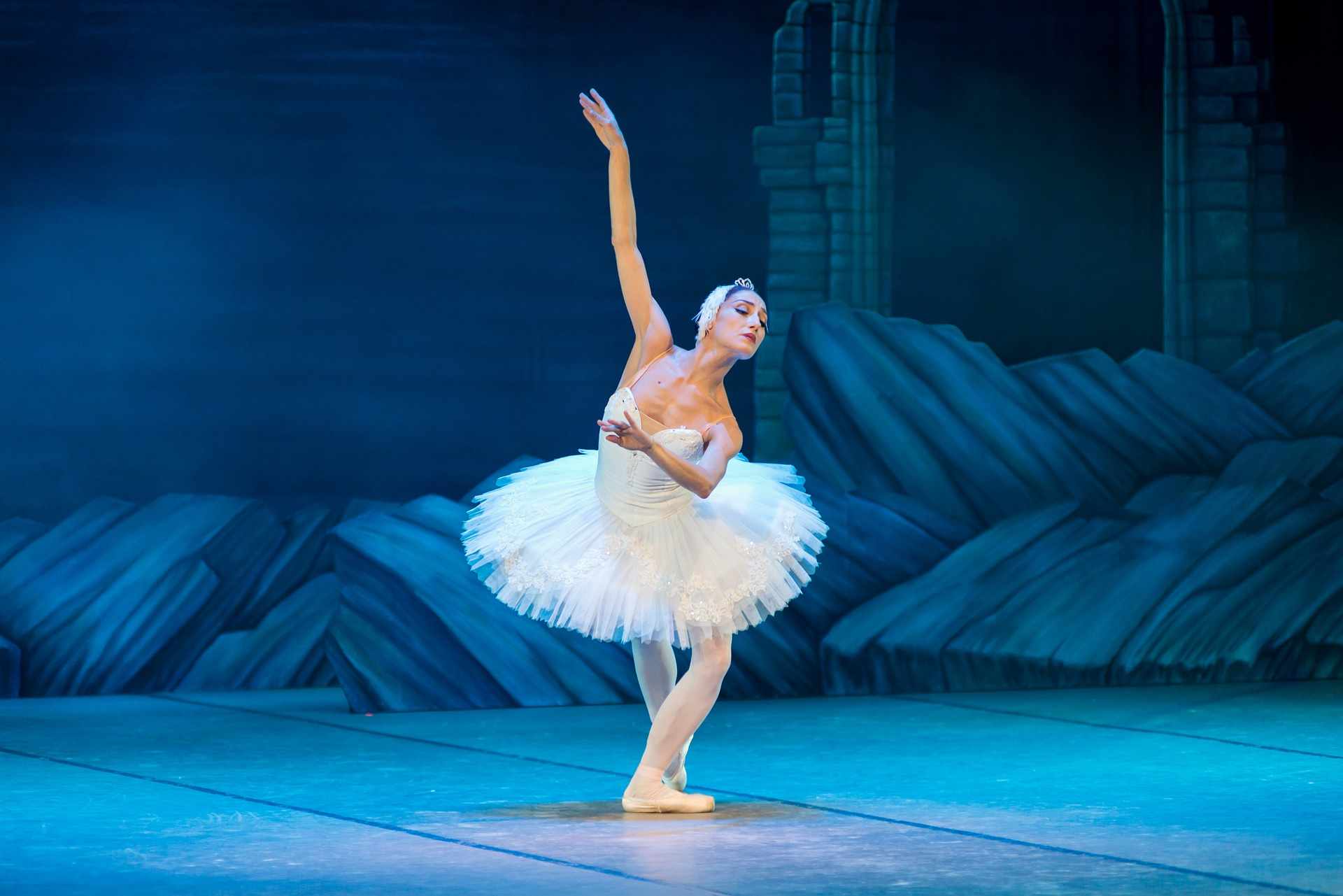 The most beautiful show that has conquered all of Europe, comes to our island for 3 shows!

ATRIA MUSIC presents, for the first time in Cyprus, the Russian Ballet with «Swan Lake», the most beautiful show that has conquered Europe.

The dates of the shows:

The story of the play

Celebrating his coming of age, Prince Siegfried is having fun among his friends in the palace park. Funny dances of jesters are replaced by dances of the guests. Siegfried’s mother, the queen, is interested to know with which of the girls Siegfried fell in love with. But the prince is passionate about a life full of carefree entertainment and can not answer anything to his mother. He has no desire to marry. The fun continues. Suddenly, Siegfried notices a flock of wild swans flying in the sky. He takes a crossbow and goes after them with his friends.

The swans lead Siegfried into a forest thicket, where the ruins of an old castle rise around a dark lake. His attention is captured by a young swan woman with a crown on her head. This is princess Odette. She reveals her secret to Siegfried. The prince is conquered by her beauty and shocked by her story about the evil sorcerer Rothbarth, he swears to Odette of eternal love. Only the pure love of a young man who has never sworn to anyone else can break the evil spell from her.

A solemn ball in the royal castle. At the behest of his queen mother, Siegfried must choose his bride. Princesses from different countries arrived for the occasion. The very first beauties dance in front of him. However, he coldly turns away from them: the prince is full of memories of the beautiful Odette. An unfamiliar guest appears. It is the sorcerer Rothbart. He came to the ball with his daughter Odile, strikingly similar to Odette. Odile charms the prince, and Siegfried announces to his mother his decision to marry her. With an evil laughter, the sorcerer triumphs. Now the oath is broken and Odette will perish. Siegfried realises he was deceived and rushes to the swan lake in despair.

That same evening, on the lakeshore ... Odette is shocked by Siegfried's betrayal: now her hope of liberation is lost. The prince resorts to the shore of the lake and asks Odette to forgive him. He didn’t mean to break the oath: In the castle, in Odile, he saw his Odette — his love confession was addressed to her. The evil sorcerer appears and casts a spell, summoning the forces of nature against the lovers: a storm begins, lightning flashes. But nothing can break pure love or separate Odette from Siegfried. The villain Rothbart fights with the prince - and dies. His spell crumbles. Odette turns into a young woman and together with Siegfried joyfully meets the first rays of the rising sun.

A wonderful conclusion, that adults and children always expect. An eternal expectation of victory over evil, and the triumph of good!