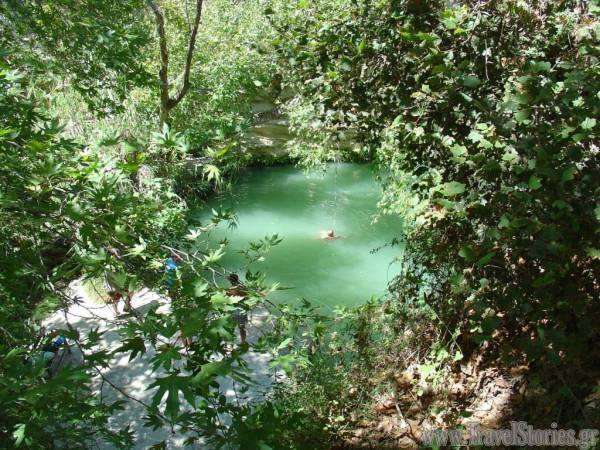 A magnificent place full of beauty!

In the village of Koili, in the province of Pafos, where Mavrokolympos flows, which is a small stream, around the ravines, the waters gather and form a small waterfall. These waters over the centuries eroded the soil and formed a small lake. 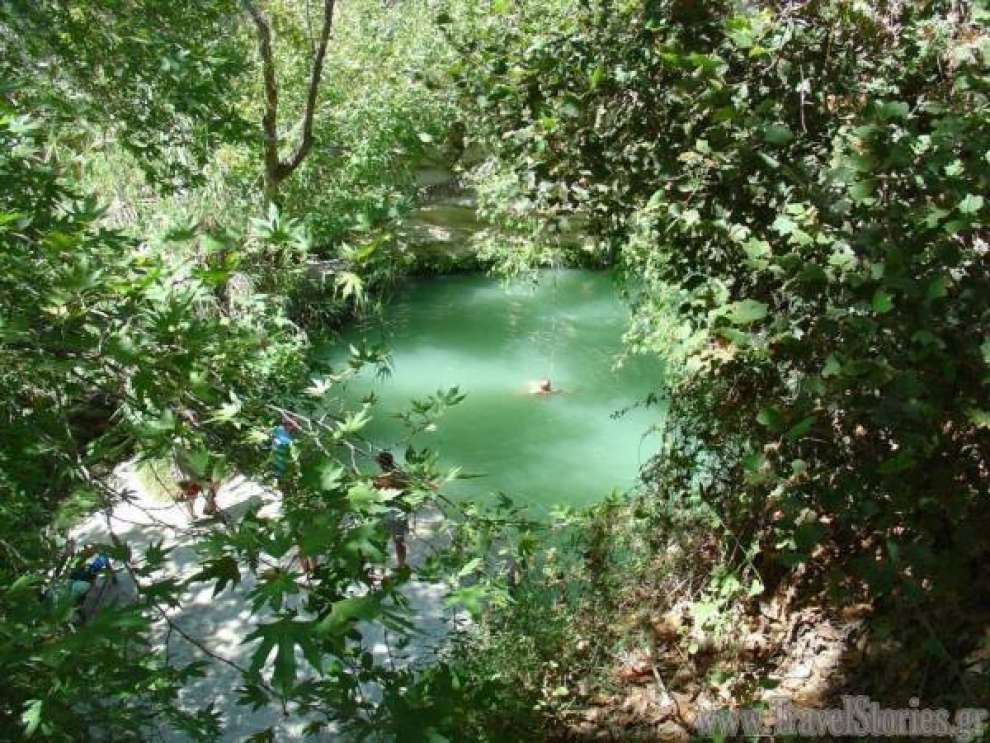 The owner of the village Mr. Pambos Theodorou named this lake as "Baths of Adonis." 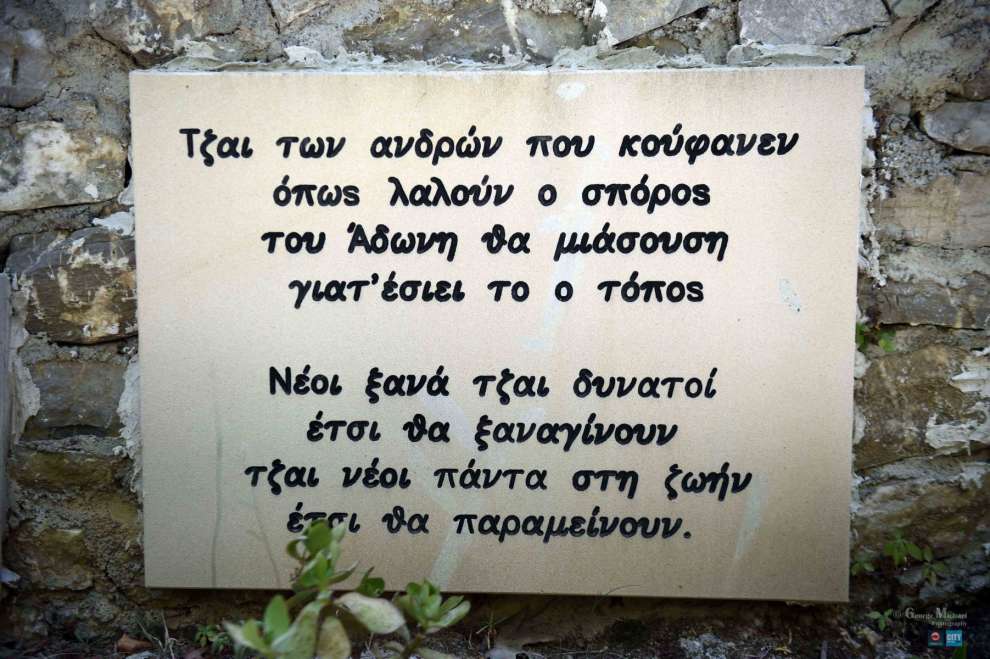 A lot of people use this place for the coolness of the water, especially during the summer months. 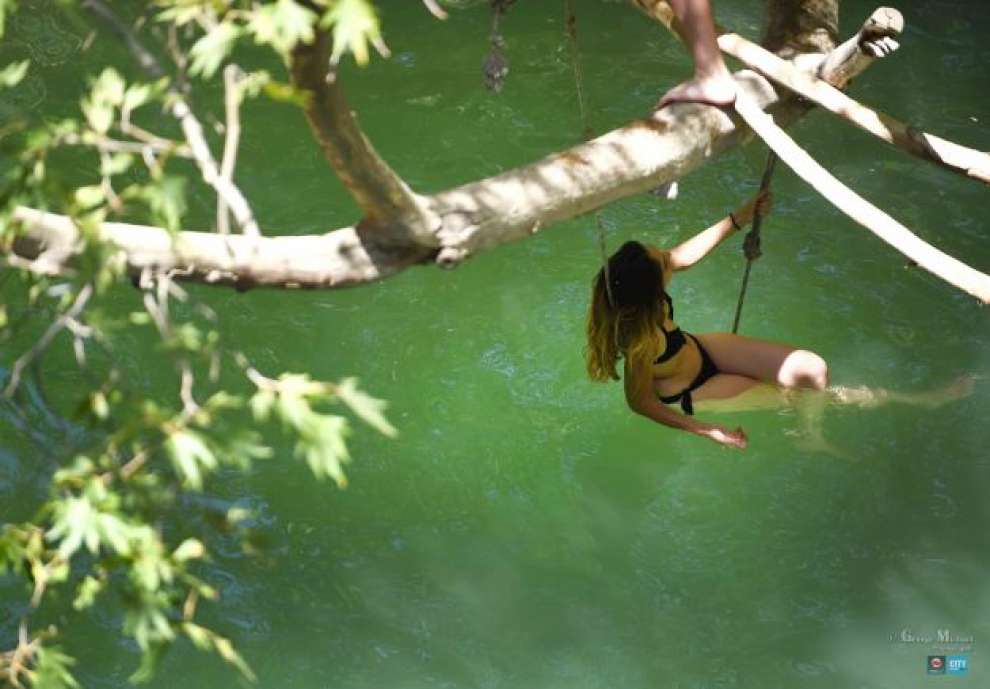 At the steep vertical rock that is found there, the crowds of youngsters dare to climb by balancing on the ropes to make dives in the cold waters of the lake. The less daring ones on the other hand prefer to make their dives in the cool waters from a lower point. 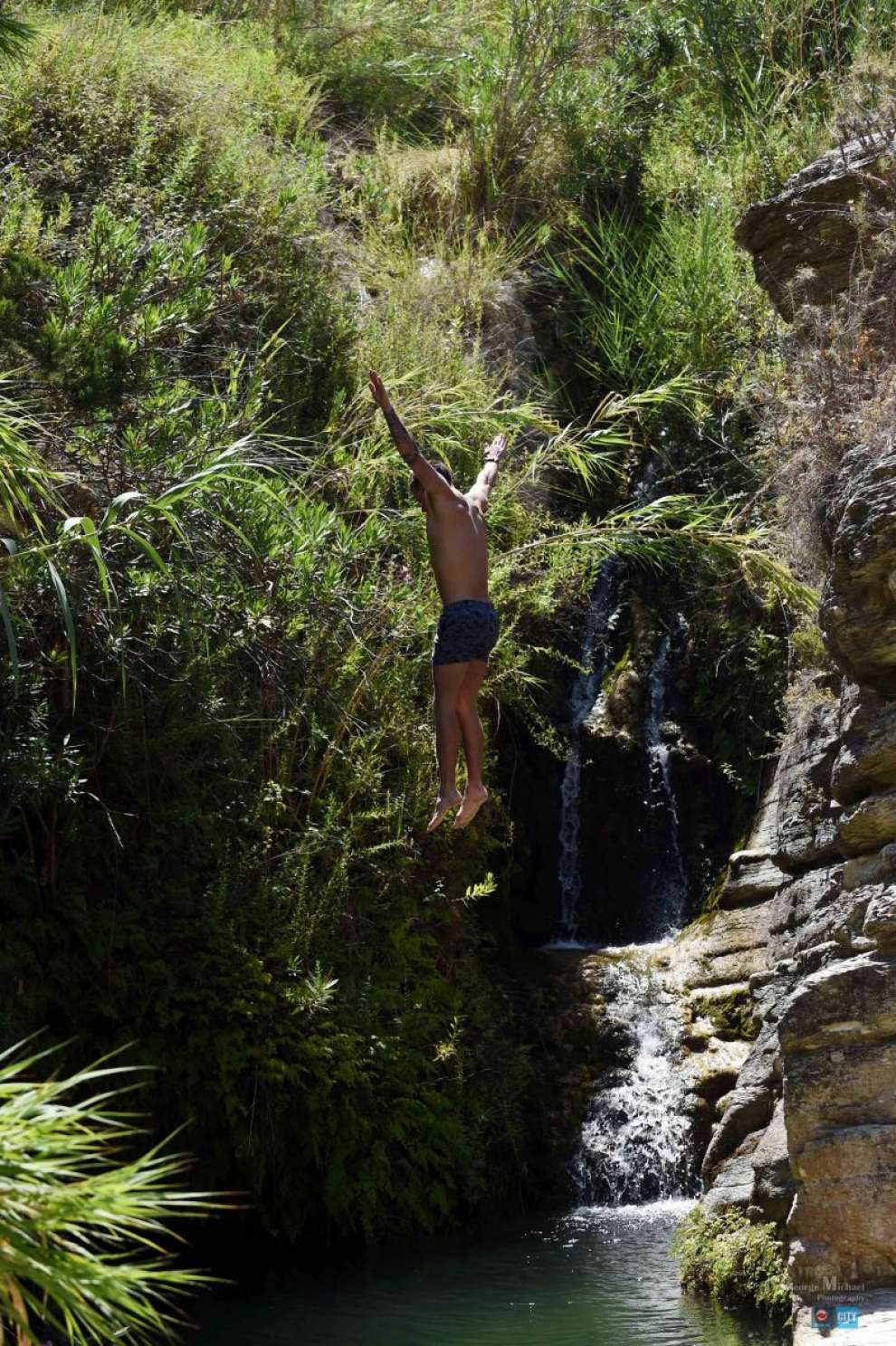 There are alos statues that are said to be "magical" and according to tradition when visitors touch them, in a miraculous way, they can become fertile. According to this, there are few foreigners who come to Cyprus to visit it, with hope of becoming pregnant. 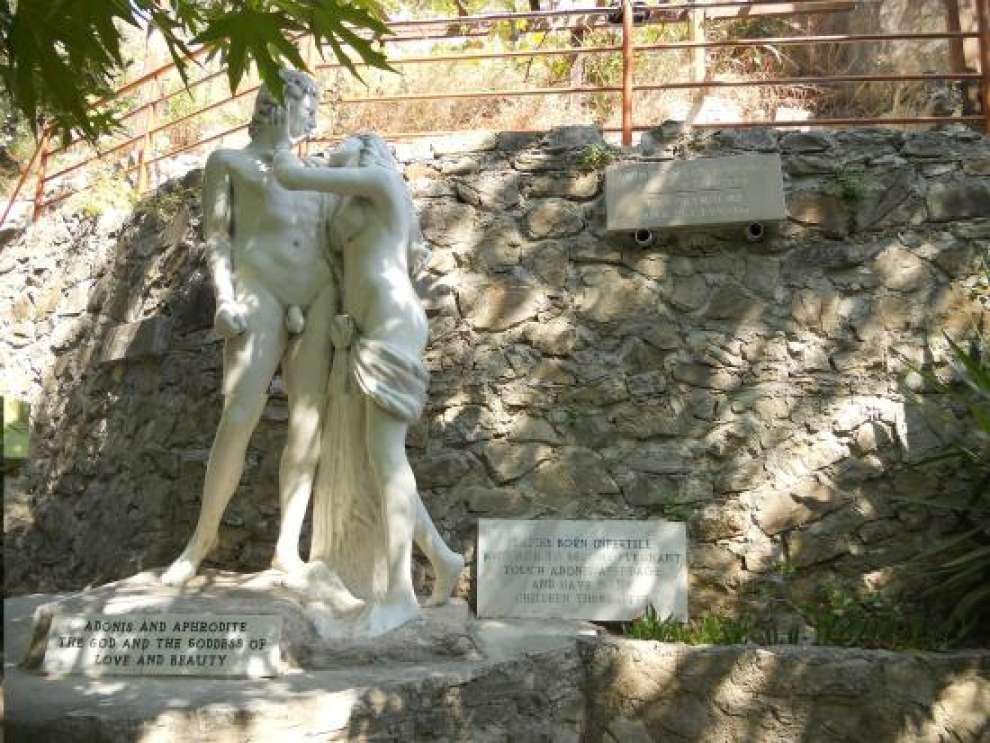 The statue of Adonis with Aphrodite. 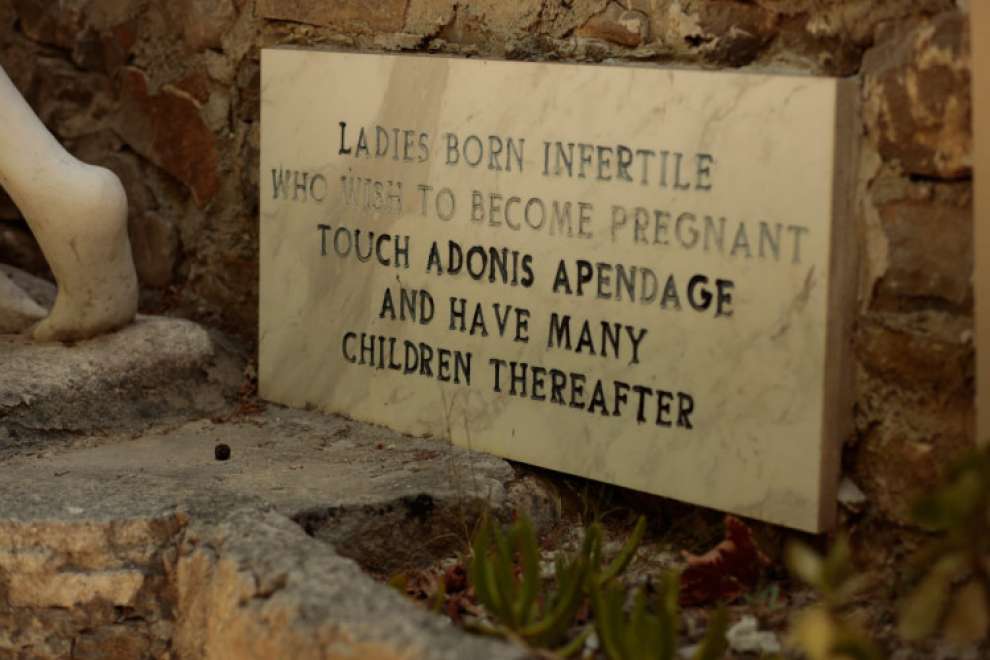 The sign under the statue of Adonis and Aphrodite.

It is a beautiful spot of beauty that you must visit.
Entrance fee: 9 euros

A few words about Adonis
In Greek mythology, Adonis is the young god who was the fruit of an irreverent gathering of father and daughter, Kinira and Smyrna. Adonis was born so beautiful that the Goddess Aphrodite herself, who caused the hideous incest, fell in love with him. So when Kinyras realized that he was misleading to come to an erotic encounter with his daughter, he broke out against his daughter and tried to kill her. She then ran into the mountains to save herself. Kinyras, however, caught it and went to defeat her. Then Goddess Aphrodite transformed her into a plant. So when the sword was nailed to the plant, Adonis was cast out. A beautiful little boy. The beauty of little Adonis moved Afrodite. So secretly from the other gods he put the beautiful baby in a shrine and handed it to Goddess Persephone, Queen and Goddess of the Underworld, to grow up. Little Adonis as he grew up became more handsome and Persephone fell in love with him. So when it was time for him to return to Aphrodite, she refused.

Then the two goddesses of Love (Aphrodite) and Death (Persephone) collided for the beautiful boy. Eventually they asked Zeus to resolve their disagreement. Zues decided that Adonis stay with Goddess Aphrodite for four months out of the year, the other four with Goddess Persephone, and for the last four months he can stay with whoever he choses. But because Aphrodite was more beautiful, Adonis decided to stay with her. It is said, of course, that Aphroditemade it this way as Adonis fell in love with her when she drank water from the Aphrodite Bath Pond - where she made her bath. Aphrodite loved him a lot and for his sake she left Olympus and went down to live with him. This, however, caused the jealousy of God Mars, exploited Adonis's love for the hunt and sent a wild boar to kill him. When Aphrodite learned what had happened, she ran to embrace the lifeless body of her beloved Adonis. The tears that ran out of her eyes and onto the ground which made anemones flowers grow for the first time, while red roses were born from the blood that ran from the wounds of Adonis.

Aphrodite then pleaded Persephone to allow Adonis to be on earth for a while so that he can be back with her. Persephone accepted it and since then Adonis lives six months with Aphrodite on the earth and the other six months with Persephone in the Lower World. Every year Adonis dies and resurrects.

In the former leper colony

a special music festival that began half a century...