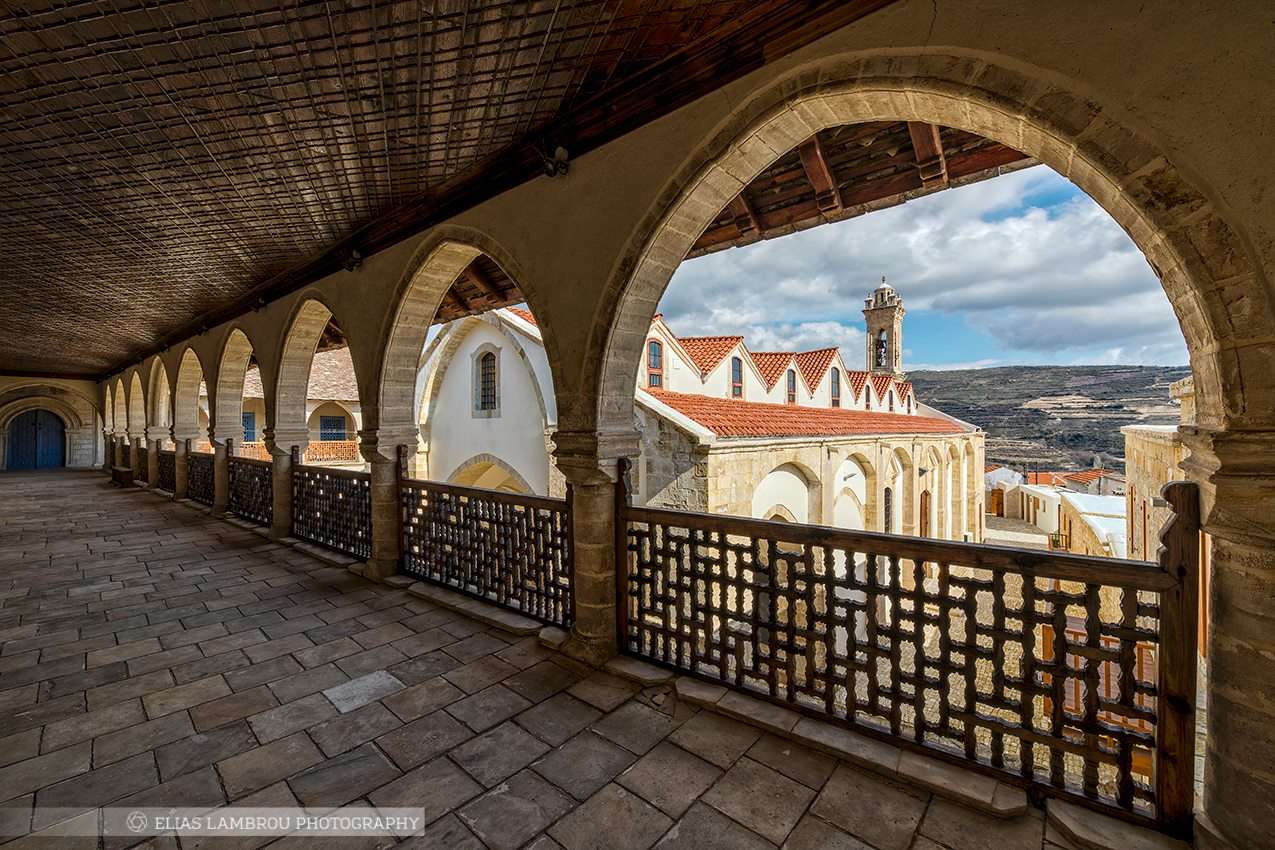 One of the oldest and most historic monasteries of the island, founded before 327 AD.

The Monastery of Timios and Zoopoi Stavros is located in Omodos, in the heart of the Community. It is a monastery with a significant cultural heritage value of Cyprus because it is one of the oldest and most historic monasteries of the island, which was founded before 327 AD. 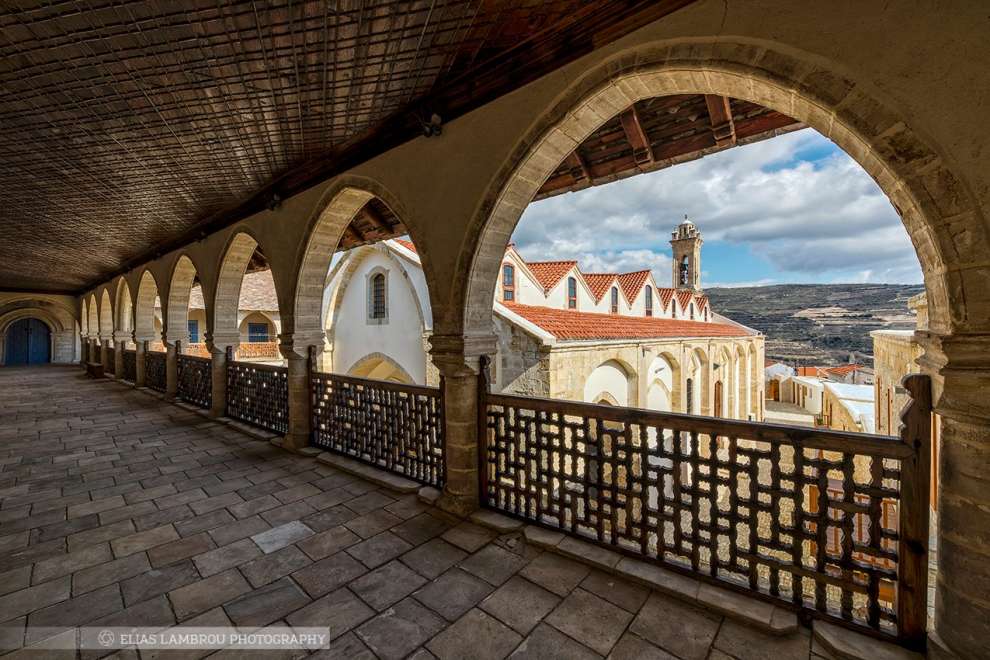 According to the tradition, very near the village of Omodos there was a village called Koupetra which today does not exist. The people of this village saw a fire one night in the spot where the monastery dominates today. In the morning they went and looked at the spot but found nothing. This phenomenon was repeated several nights. They climbed back to the spot and started digging until they discovered a cave with a cross inside it. To the Lord's sake, a chapel was built above the cave and the Cross was placed there. Over time, the chapel expanded to become a Monastery where many monks lived.

This monastery, the Monastery of the Holy Cross, according to tradition, was founded before the arrival of Saint Helen in Cyprus in 327 AD. the exact date of its establishment remains unknown. 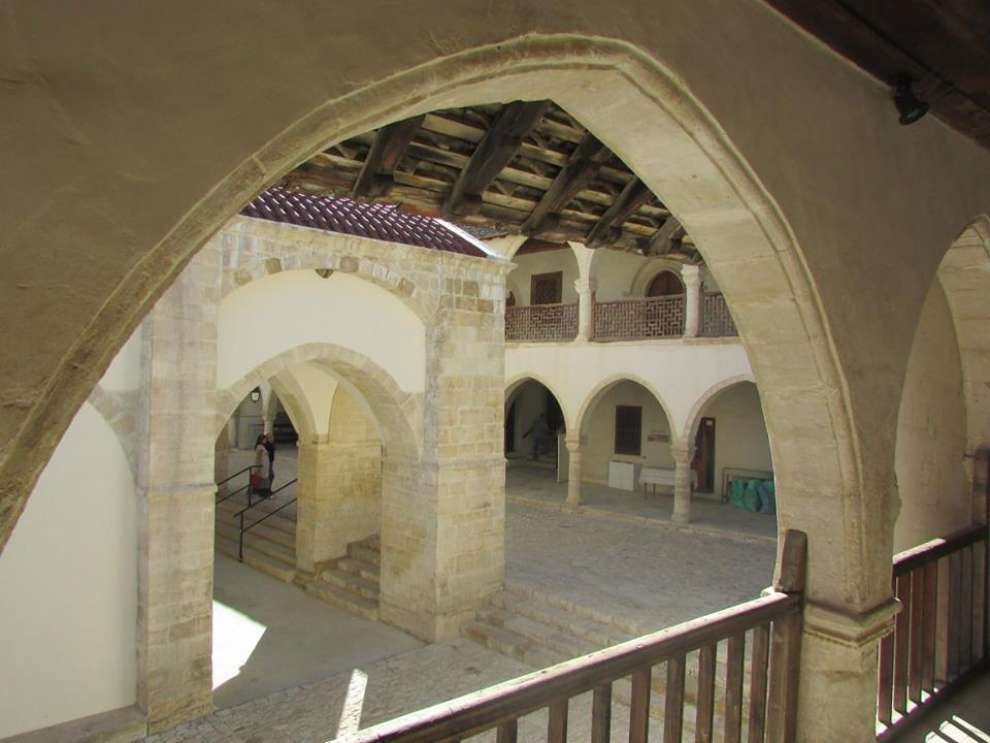 The Monastery of the Holy Cross in the hard times of the Ottoman domination managed to maintain and magnify. Around 1700, it secured a bond of immunity and immunity from the Sultan. In 1757 water was transferred to the monastery and the tank and the fountain at the southwest end of the monastery were built by the German monk. In 1917 all the property of the Monastery was given to the Omodites. A few years later it was deprived to the last monks and turned into a parish.

In the 19th century, it was completely renovated by the Bishop of Pafos Chrysanthos, with his partner Omoditi Ekonomos of Dositheos Monastery. According to an inscription located in the Monastery, then the western wing and the western part of the north wing were built. In 1817 he constructed the golden iconostasis of the Church. The Grand Synodicon and the other halls and corridors of the Monastery were decorated with Rococo-style wood carvings. The bell that has been preserved to this day is a donation from Dositheus since 1812 and is the first bell to be heard in Cyprus during the Ottoman rule. In 1850, the Church was renovated, expanding on both sides, taking its present form. 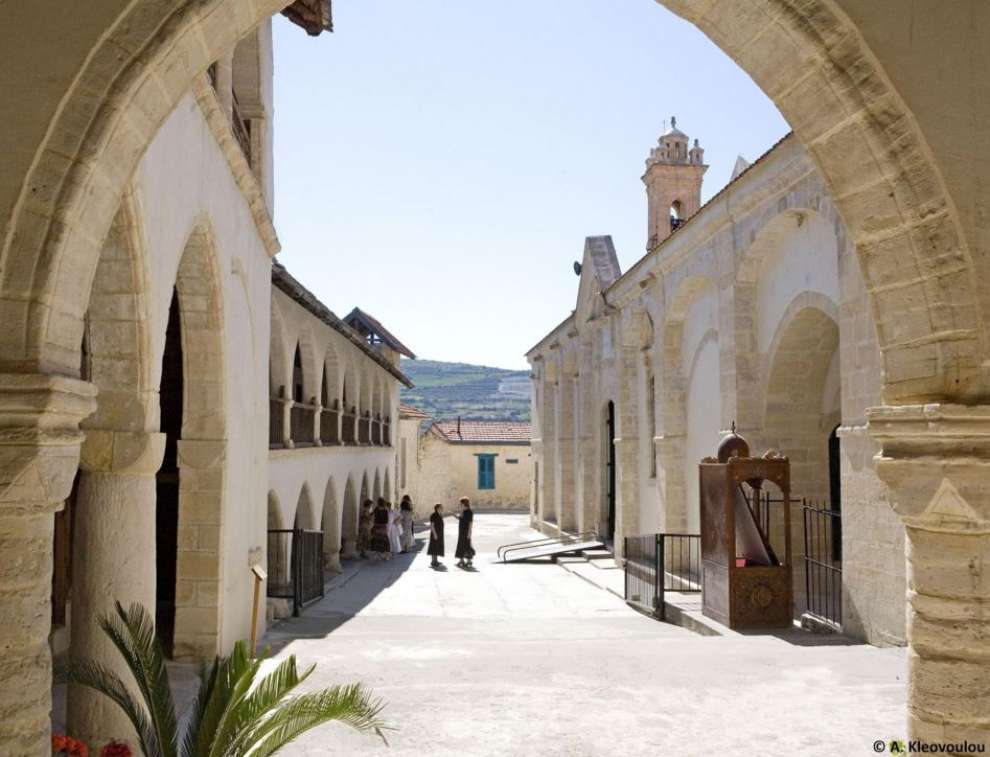 The architecture of the Monastery and its heirlooms

The Monastery of the Holy Cross is a huge two-storey building in the shape of the greek letter Π. The church is framed by the cells and vaulted arches. The entrance is vaulted and it is located on the northern side from which you enter the courtyard. The western entrance that exists today on the side of the square was recently opened.

In the courtyard there is a marble faucet. 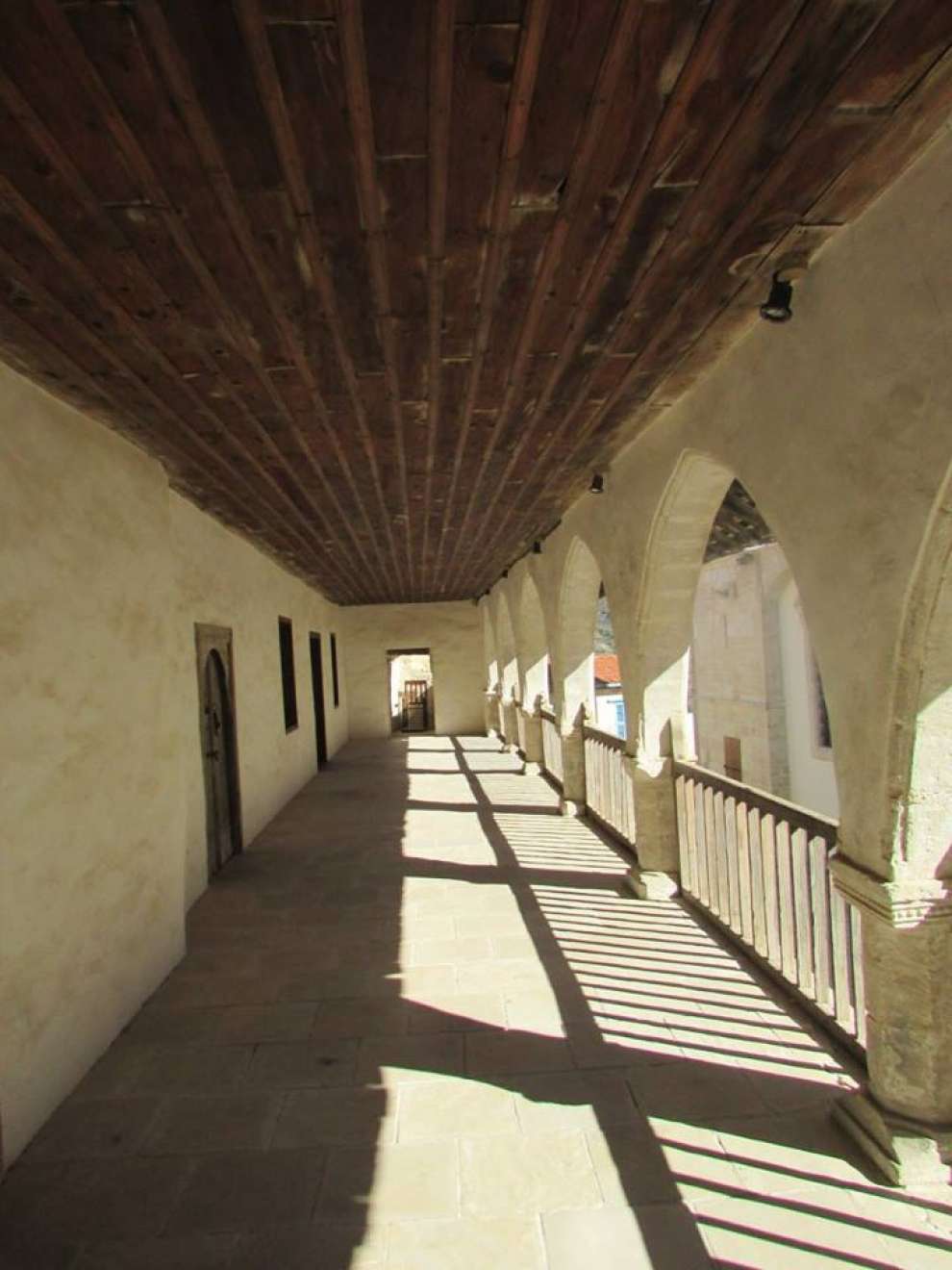 The temple of the Monastery is a three-aisled, basilica style built according to local traditions, just above the cave where the Holy Cross was found. 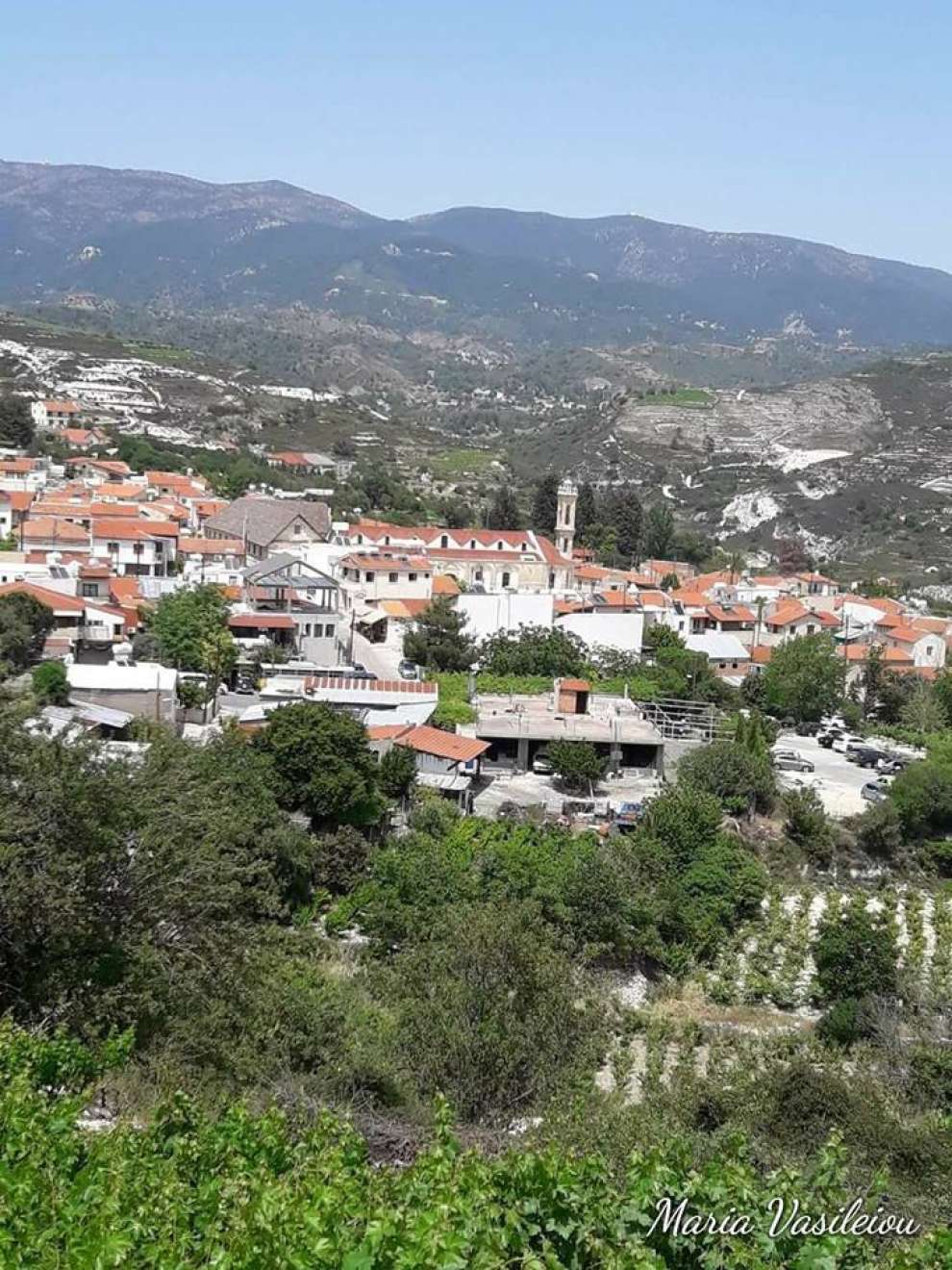 In the interior of the temple you will see the gold-plated iconostasis that was created in 1817, with the Holy Cross case and Russian style ancient icons. The Synodicon, with its marvelous ceiling and the throne of the Holy Cross, is carved on walnut wood. The throne also serves as a crypt of the Holy Cross. Today the Synodicon Hall is an ancient monument. In the other rooms are the Museum of Byzantine icons, the Museum of Folk Art, the gallery, the exhibition of old and new photographs and the 1955-59 Museum of Struggle where many materials, personal items, uniforms, documents and photographs of the fighters are kept. 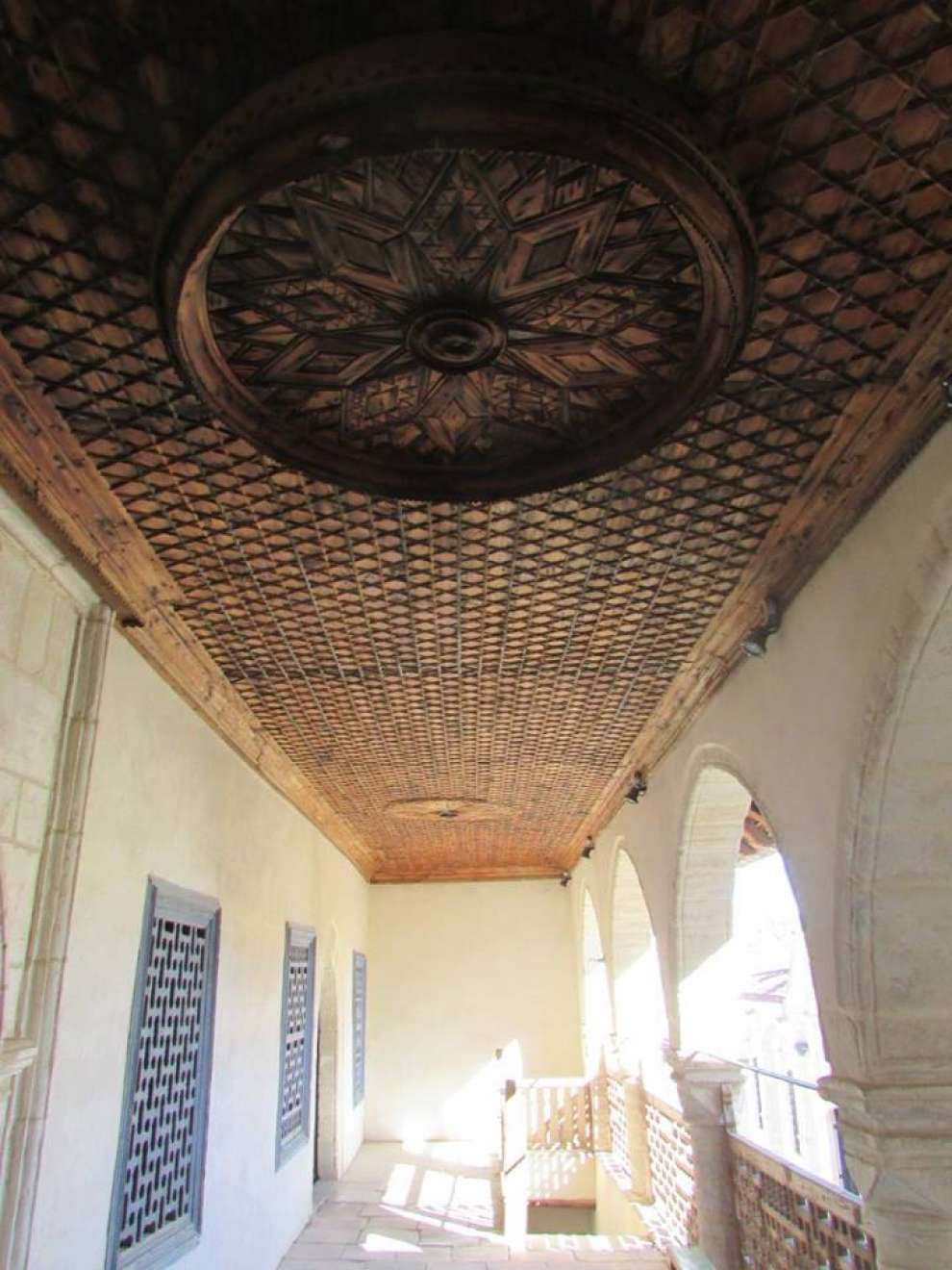 In addition to the Monastery there are relics of inestimable value such as the Grand Cross with Aghios Kannavos, a wooden cross with a silver-golden cover, which is placed in a special canopy in the temple of the temple. A second Cross, which according to Kostas Nicolaides in this Cross, "is the small Cross" which was originally found in the cave. The Cross of Panareto is the old Cross of Anogyra, which is very old and was kept in the medieval monastery of the Holy Cross outside the village of Anogyra and was moved to the Monastery of Timios Stavros where it still exists today. The skull of Apostle Philip is kept in a silver-plated pyramid pouch. Wooden Cross of 15 centimeters decorated with precious stones. Admiration is due to the excellent artwork she presents. Like many other sacred vessels, 26 Saints' relics, precious jewels and other tributes.