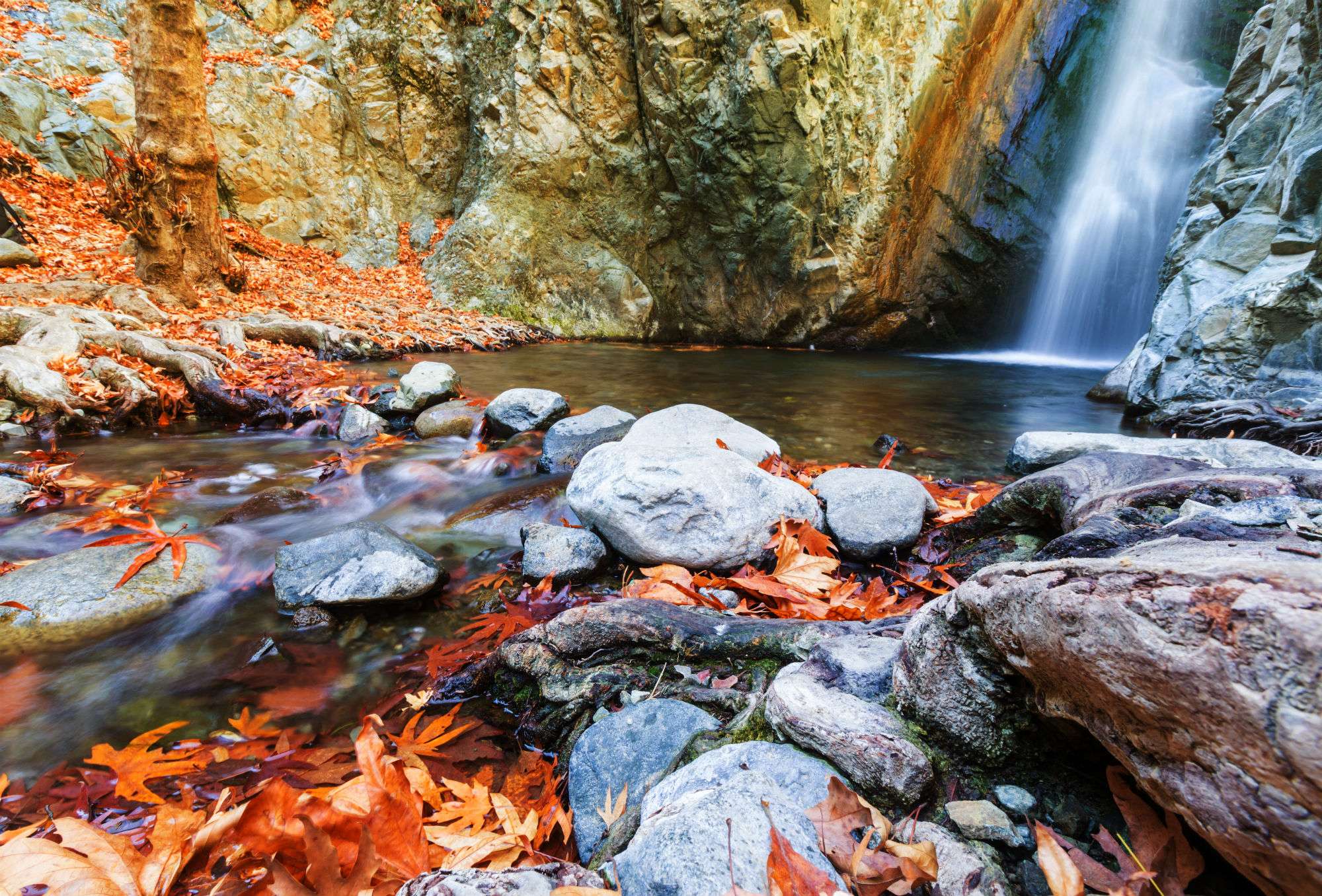 The natural beauties of Cyprus include the small but wonderful waterfalls located in the Troodos area a few kilometers from each other. 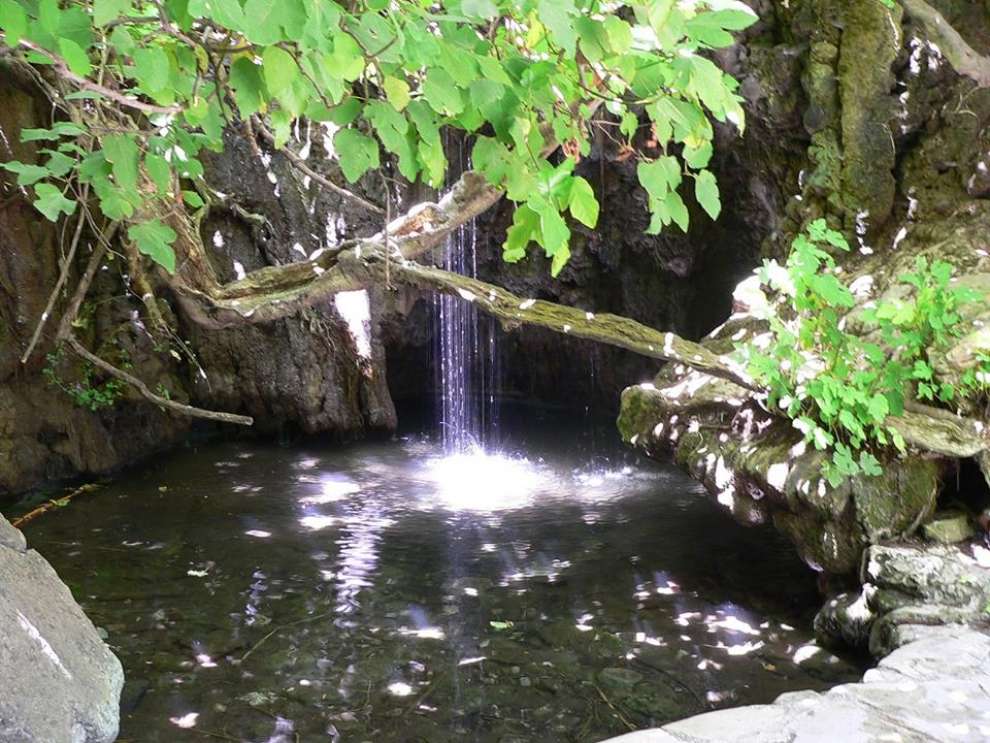 All waterfalls are surrounded by a rare natural beauty and despite the drought that characterizes our island, they continue to cool us with their cold waters. It is no coincidence that hundreds of local and foreign tourists make excursions to the waterfalls of the island. 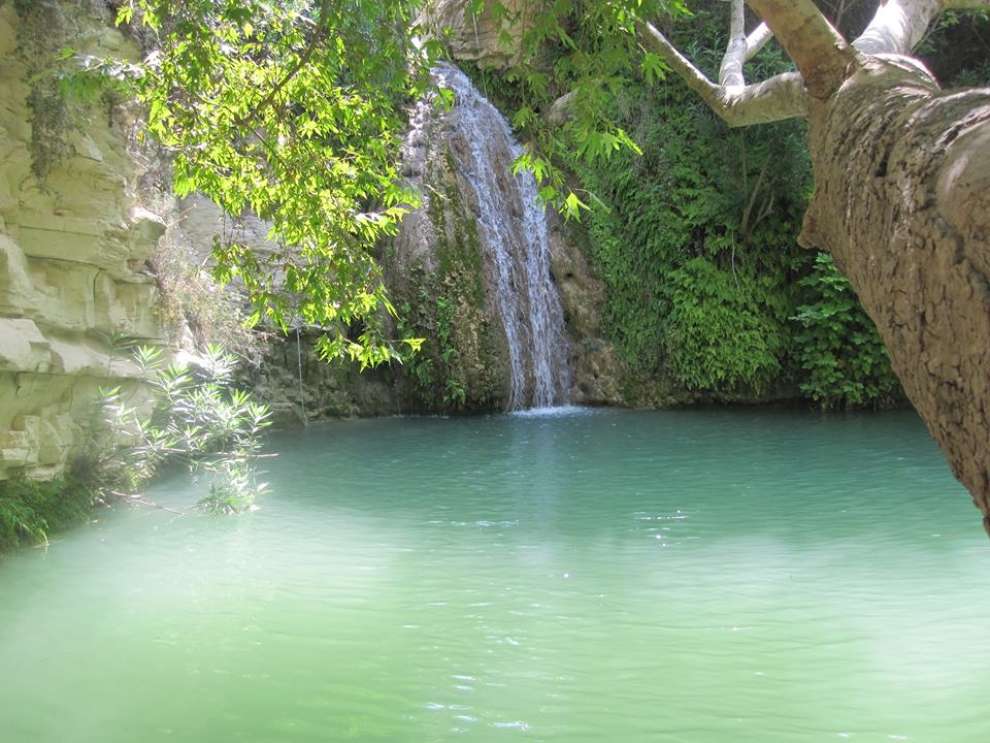 The most famous waterfalls on our island are the following:

The Caledonia (or Kaledonia) Waterfall - Platres
It is one of the highest waterfalls we have in Cyprus. The water of the waterfall falls vertically from a height of 12 meters. To ge to the waterfall there is a road as well as a nature trail. The Caledonia (or Kaledonia) Waterfall was named by the Scottish when they visited the area and were fascinated by its beauty. It reminded them of their homeland and so they called it Caledonia Waterfall. 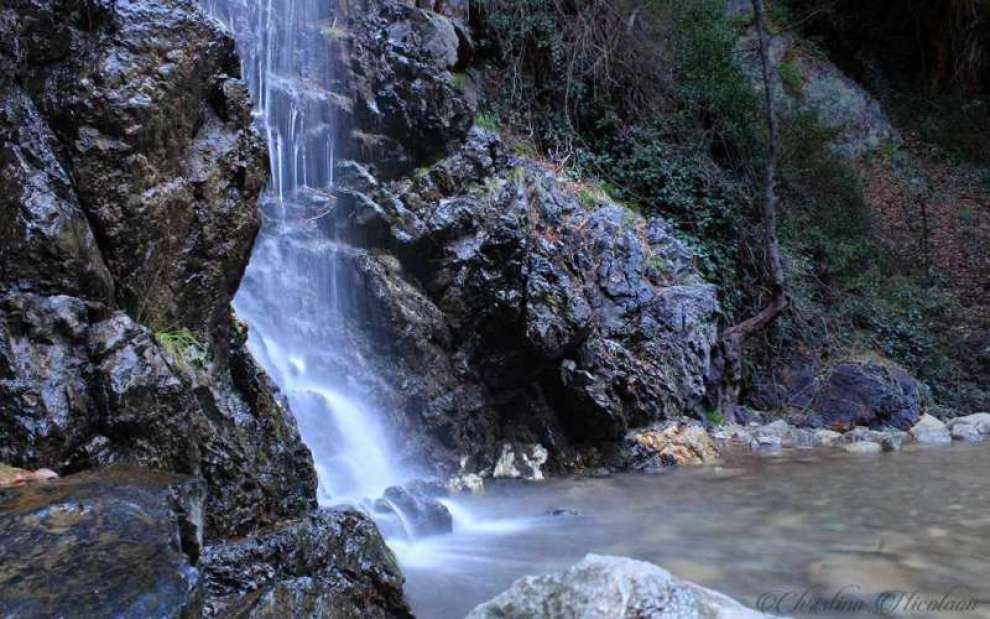 The waterfall of Millomeri - Platres
The waterfall is hidden in the mountain and it is located in the southeastern area of ​​Platres. To get to the waterfall there is a dirt road, from which cars can also use.
The water falls from a height of 15 meters and Millomeris is among the highest natural waterfalls on the island. The Millomeri waterfall was not known until the last few years, as the location was not accessible. The Millomeri waterfall attracts many visitors and tourists with its natural beauty. According to tradition the fall took its name from the words “millos” which means moist and the word “meros” which means area. 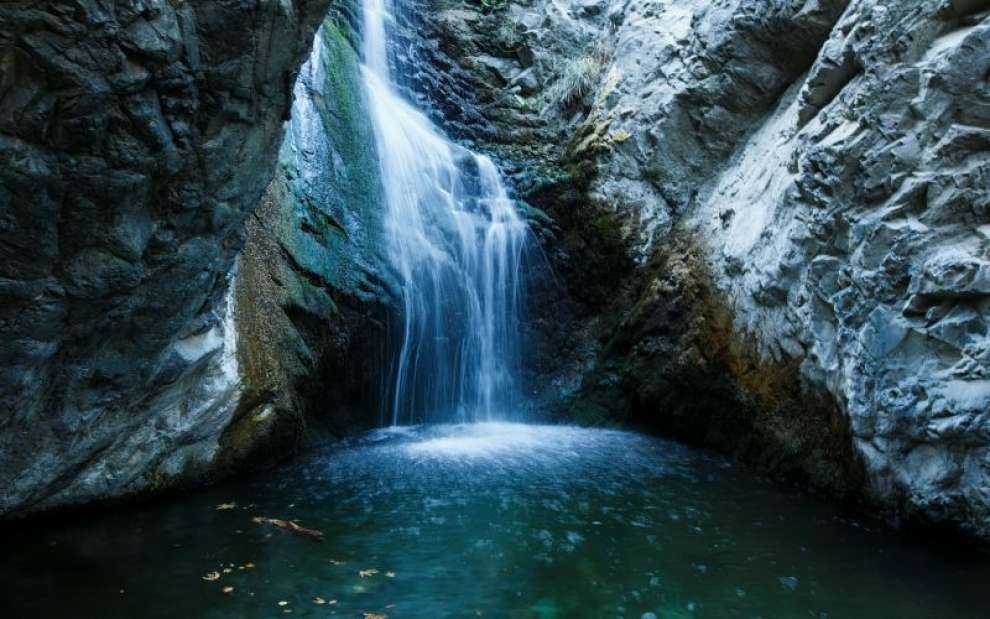 Mesa Potamou (Inside River) Waterfall
The name of the waterfall comes from the name of the homonymous river flowing in the area. It is located just outside the village of Saittas at an altitude of 1000 meters above sea level in the cave of the river Arcolachania or Mesa Potamou. Close to it, one can see the monastery of the Holy Prodromos. The height of the waterfall can be just 7 meters, but the spectacle that one can see is unparalleled beauty. In the area around the waterfall there is dense vegetation consisting mainly of pines, shrubs and perennials. The vegetation resembles that of the Hantara waterfall at Foini. 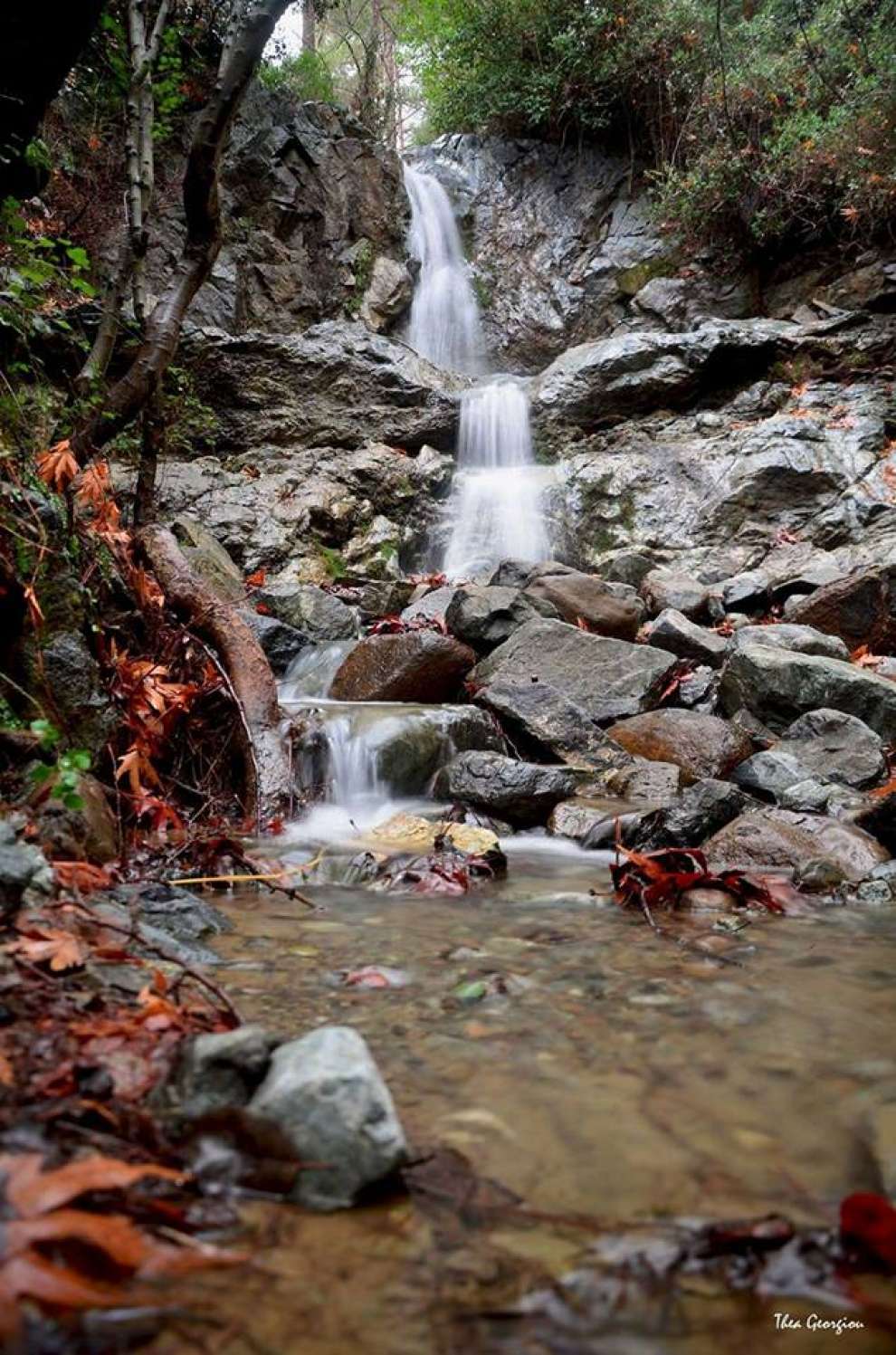 Hantara Waterfall - Foini
It is located in the area of ​​Khantara. It is an imposing waterfall that can be reached through a dirt road that is surrounded by exquisite vegetation. Undoubtedly the waterfall is an exquisite creation of nature, enchants and impresses every visitor. The waterfall emerges in the midst of a wild virgin landscape with screeches, plane trees, pines, lakes, rosary and coumaris. The visitor will be enchanted by the smells of oil, sage and lavender, combined with the exquisite melodies of nature, the roots of water as the sweet twitter of the nightingales. The water of the waterfall falls violently from a height of about eight meters, forming at the base a small pond. 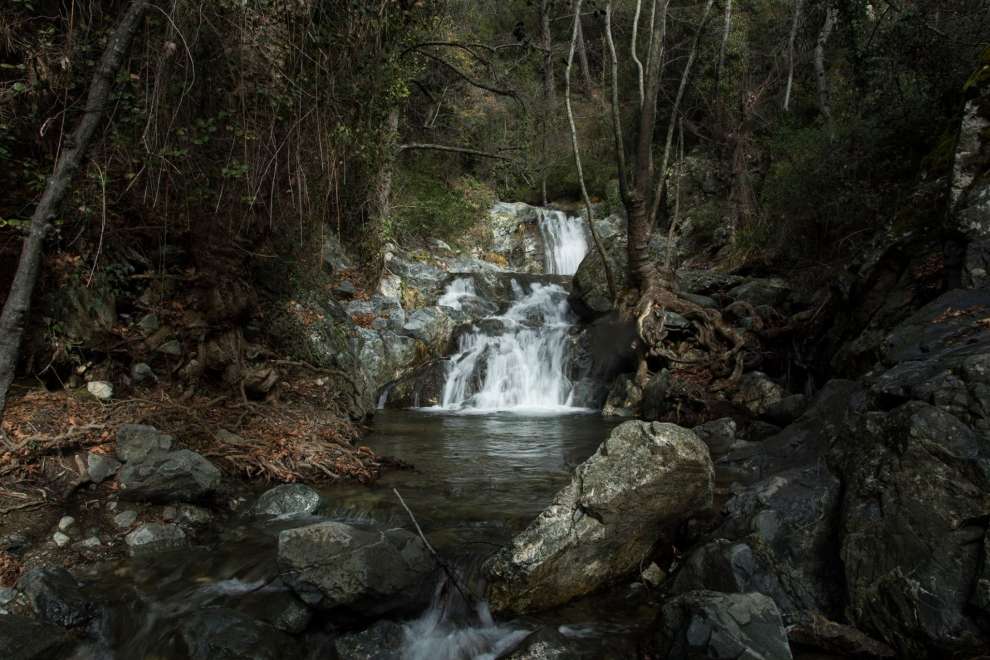 Waterfall of Kremmiotis
The waterfall is located on the eastern side of the village of Kritou Terra in Pafos. The path that leads to a breathtaking scenery, which nature created. The Kremmiotis waterfall flows all year round and the water that hits the rocks has created a landscape which looks like it came out of a fairy tale. 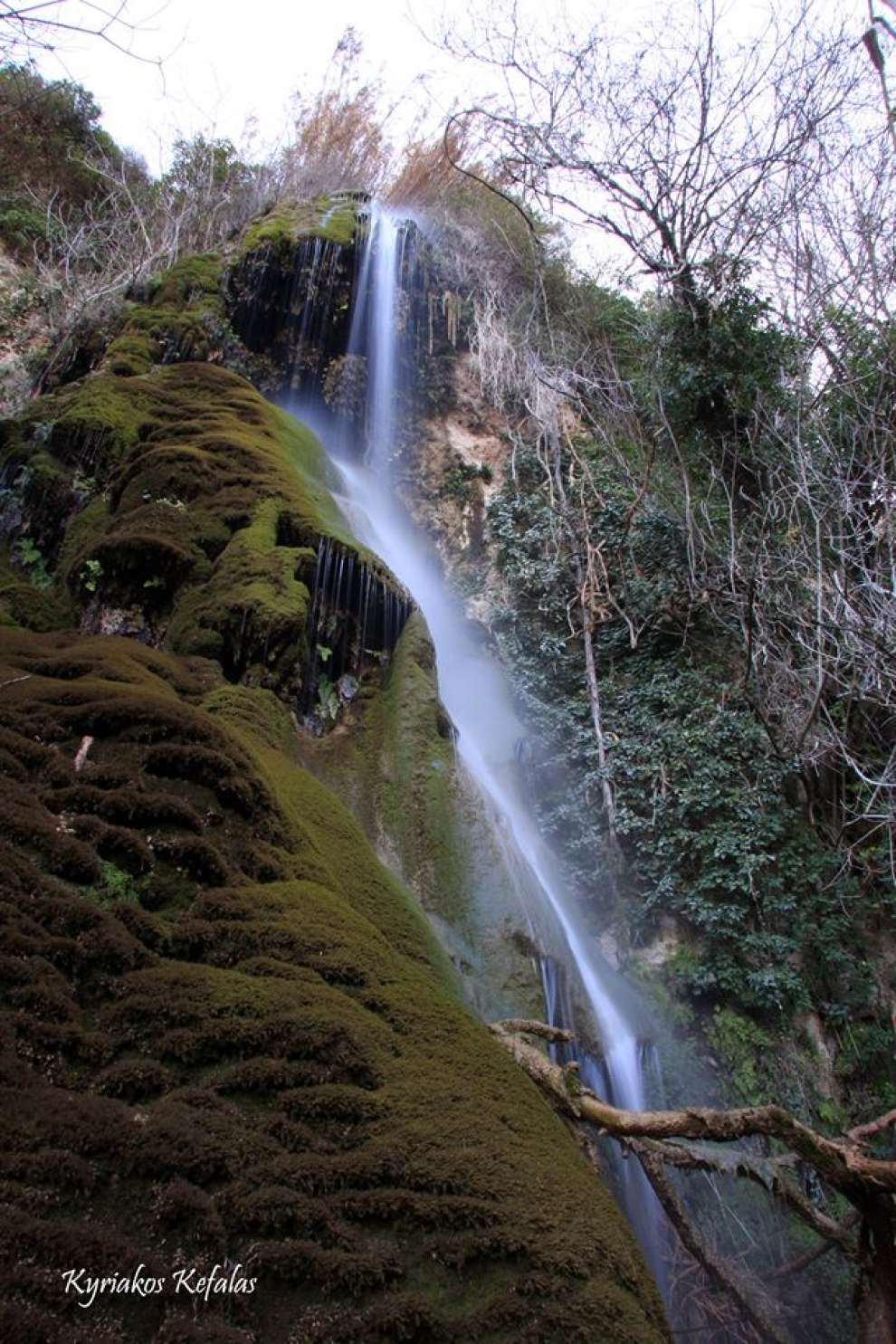 Adonis Baths
In the village of Koili, in the province of Pafos, where Mavrokolympos flows, which is a small stream, around the ravines, the waters gather and form a small waterfall. These waters, over the centuries, eroded the ground and formed a small lake called the Baths of Adonis. To enjoy the view you will have to pay an entrance as it is on private land. 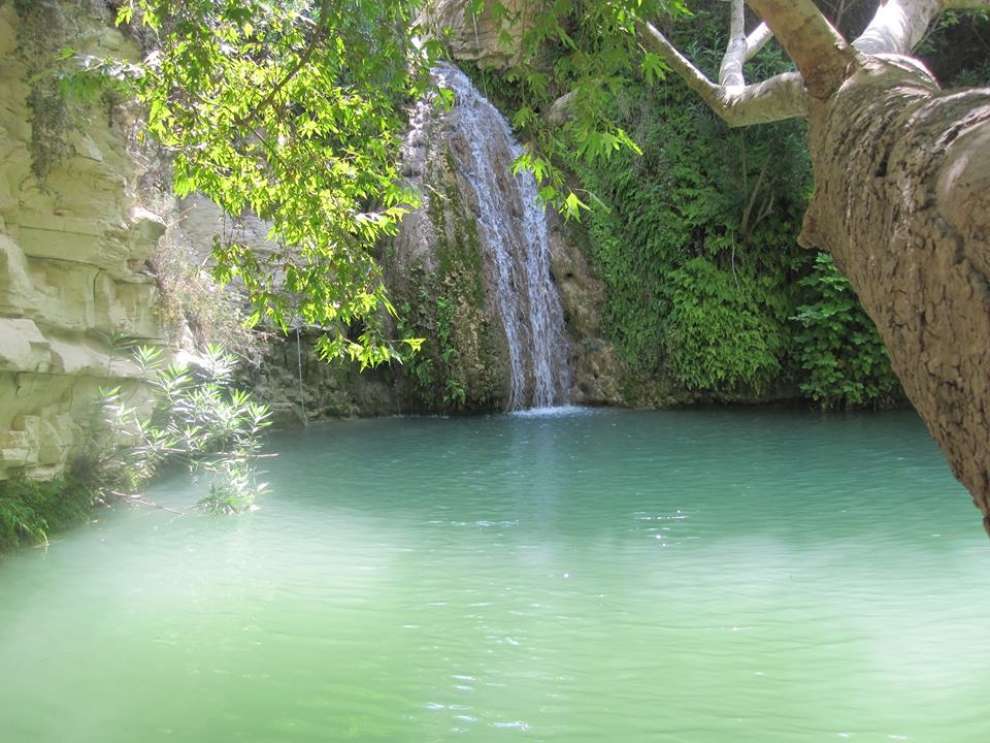 Are you ready for another adventure?  Get ready fo...

Hear the serene sound of the waterfall and enjoy t...

and the majestic natural trail

A Trail Into Nature