The Pharos Arts Foundation, with the kind support of the Embassy of China in Cyprus, presents the leading violinist Dan Zhu in a unique recital with pianist Julien Quentin. 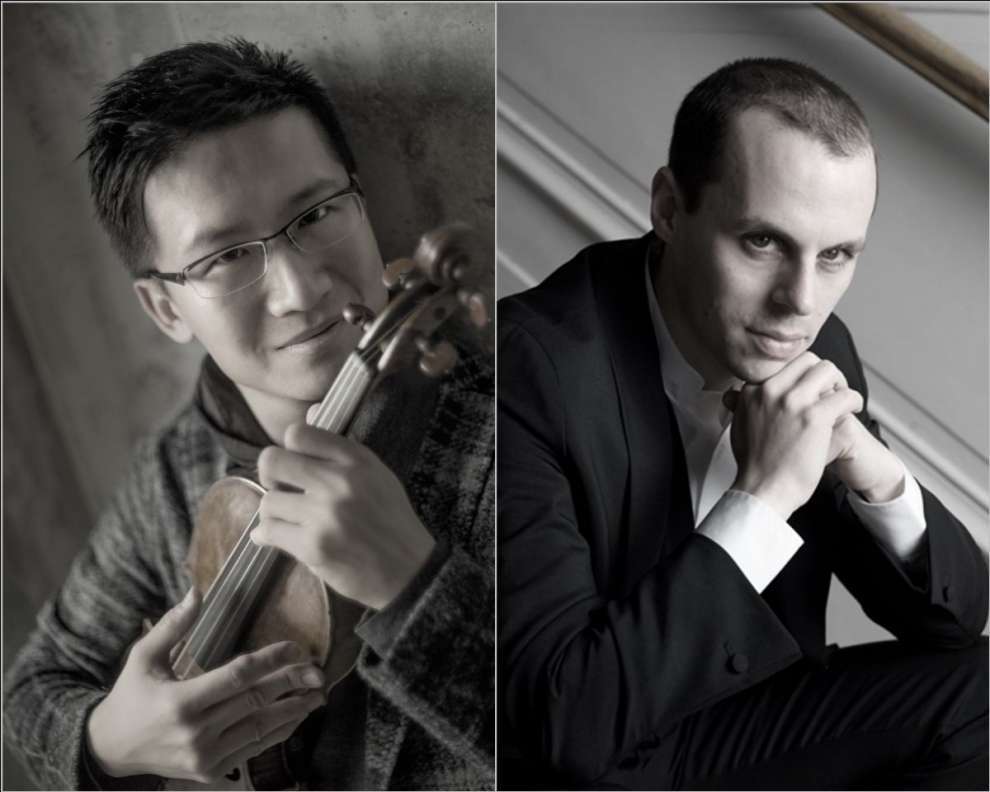 The recital will take place on Friday, November 22nd, 2019, at The Shoe Factory, Nicosia at 8:30 pm, Dan Zhu and Julien Quentin will perform works by Beethoven, Enescu and Richard Strauss.

DAN ZHU violin
Dan Zhu is widely recognised as one of the leading musicians of his generation on the international stage today, praised by The Strad magazine as “an artist of affecting humility and beautiful tone production”, performing internationally in North America, Europe, and Asia. His recent triumphant performance with the Boston Symphony at the Tanglewood Festival has been raved by the critics as "truly brilliant, compelling, and polished". He has appeared with world class orchestras under the baton of conductors such as Christoph Eschenbach, Zubin Mehta, Philippe Entremont, Jacek Kaspszyk, Uroš Lajovic, Krzysztof Penderecki, Carl St. Clair, Muhai Tang, Ralf Weikert, Long Yu among many others, and he has been invited to perform and give master-classes at renowned festivals, including, Salzburg Festspiele, Tanglewood, Verbier, Kuhmo, Marlboro, Menton, Schleiswig-Holstein, Prades-Casals, Ravinia, and Spoleto.

Recent highlights include the Tchaikovsky Violin Concerto with the Tokyo Symphony Orchestra, the Alban Berg Violin Concerto with the Slovenian Philharmonic, concerto appearances with the Orchestra Maggio Musicale Fiorentino under Zubin Mehta, with Camerata Salzburg at the Salzburg Festspiele, as well as with the symphony orchestras of Boston, Belgrade, Hong Kong, New York, Munich, Paris, Vancouver among others, duo recitals with Christoph Eschenbach at the Kennedy Centre and at National Centre for Performing Arts in Beijing and the complete cycle of Beethoven violin & piano sonatas in Beijing, Hong Kong and at the Carnegie Hall.

As an active chamber musician, Dan Zhu has collaborated with pianists Philippe Entremont, Peter Frankl, Richard Goode, Lang Lang, Jean-Yves Thibaudet, as well as a number of renowned instrumentalists such as Joshua Bell, Nobuko Imai, Gary Hoffman, Mischa Maisky, Paul Meyer. Last season, his duo recitals with pianist Tzimon Barto in Hamburg were highly acclaimed by Die Welt as "distinctive dramaturgy of contrasts, crystalline tones with intensity and sensitivity", while his recitals with pianist Oliver Triendl were praised by Münchner Merkur as “Perfect Playing”. This season, he returns to the Mehli Mehta Music Foundation at NCPA of Mumbai, in piano trio with pianist KunWoo Paik and cellist Henri Dermaquette.

A native of Beijing, Dan Zhu made his first public appearance at the age of nine, performing Mendelssohn’s Violin Concerto with the China Youth Chamber Orchestra. At age of 12, he entered the Central Conservatory of Music in Beijing, where he studied with Xiao-zhi Huang. Four years later he was awarded the Alexis Gregory Scholarship to study with Lucie Robert at Mannes College of Music in New York. He made his Carnegie Hall debut with the Tchaikovsky Violin Concerto at the age of 18. His mentors have included Ivry Gitlis, Gerard Poulet, and Aaron Rosand. As a recording artist, Dan Zhu has released albums by several international labels, including Cascavelle, CPO, Naxos, ORF.

Dan Zhu has collaborated with numerous leading composers of our time on concert stages and in recordings, including George Benjamin, György Kurtág, Krzysztof Penderecki, the late Gian-Carlo Menotti, Wolfgang Rihm, Tan Dun, Bright Sheng. His passionate involvement with the Antarctica Forum in the environmental protection field, led him to be the first violinist in history, who has performed on the continent of Antarctica. 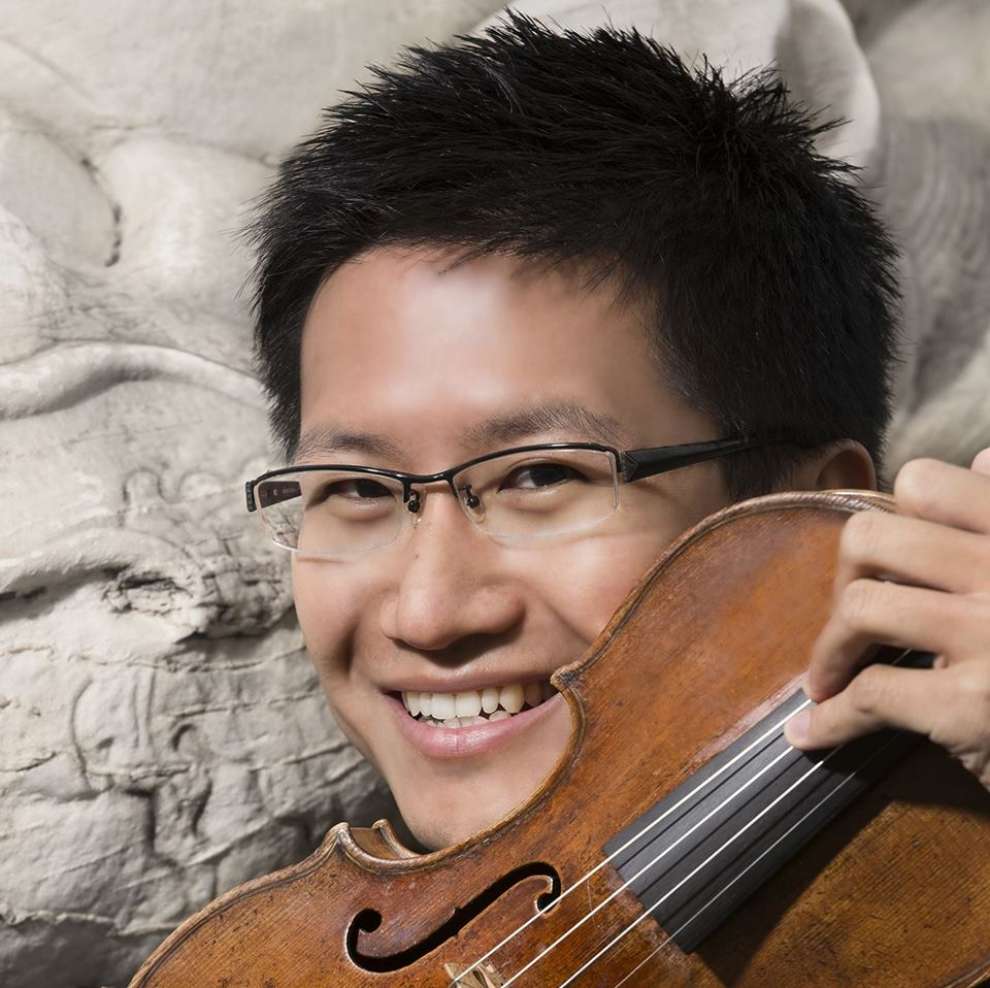 JULIEN QUENTIN piano
Pianist Julien Quentin has established himself as a versatile and sensitive musician, exhibiting great maturity and poise. His remarkable depth of musicianship and distinct clarity of sound coupled with flawless technique, make him an artist in demand as both soloist and chamber musician.

Born in Paris, Julien Quentin started his studies at the Geneva Conservatory with Alexis Golovin. In 2002, he completed his Artist Diploma under the tutelage of Emile Naoumoff at Indiana University, where he held a one-year teaching position as Assistant Instructor and was a recipient of the Presser Award. In 2003, he received his Graduate Diploma from the Juilliard School, where he studied with György Sándor.

Julien Quentin has given successful recitals and concerts all over the world – including – in Paris’ Salle Cortot and the Louvre, Amsterdam’s Concertgebouw, London’s Wigmore Hall, Vienna’s Konzerthaus, Leipzig’s Gewandhaus, New York’s Bargemusic, Avery Fisher, Alice Tully and Carnegie halls, the Geneva Conservatoire Hall, the Baden-Baden Festspielhaus and the Berlin Philharmonie. He has appeared as a soloist with a number of eminent orchestras such as the Wroclaw, Qatar and Córdoba philharmonic orchestras under the baton of such conductors as Tommaso Placidi, Paul Biss, and Han-Na Chang, and he is regularly invited to perform in renowned international Festivals, including, Verbier, Lucerne, Gstaad, Montreux, Zermatt, Dresden, Mecklenburg-Vorpommern, Beethovenfest Bonn, Radio France Montpellier, as well as the Ravinia, La Jolla and Mostly Mozart festivals in the United States. He has broadcast in Canada, United States, Japan and Europe, and he has released albums for EMI, Channel Classics and Sony RCA.

Julien Quentin now lives in Berlin. With ‘Musica Litoralis’ at Piano Salon Christophori, he has managed to create an increasingly successful concert series reminiscent of the salons of the Roaring Twenties. With visual artists, he explores new artistic visions bringing various art forms together. 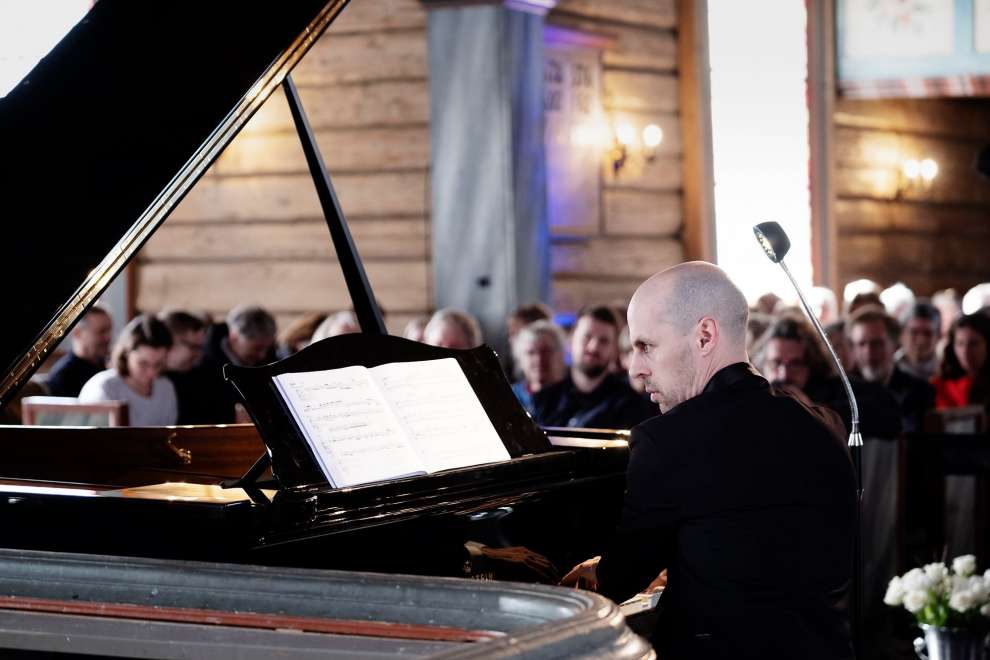