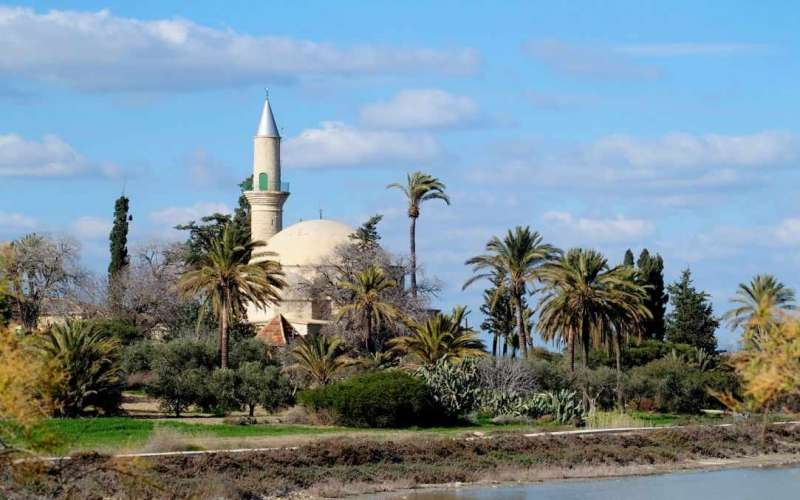 Hala Sultan Tekke or the Mosque of Umm Haram (Turkish: Hala Sultan Tekkesi) is a Muslim shrine on the west bank of Larnaka Salt Lake, near Larnaka, Cyprus. Umm Haram (Turkish: Hala Sultan) was relative to the Islamic prophet Muhammad. Hala Sultan Tekke complex is composed of a mosque, mausoleum, minaret, cemetery, and living quarters for men and women. The tomb of Umm Haram is covered with fabrics and surrounded by a three-stone construction. According to tradition, one of the stones is hovering.The term tekke (convent) applies to a building designed specifically for gatherings of a Sufi brotherhood, or tariqa, and may have referred to an earlier feature of the location. The present-day complex, open to all and not belonging to a single religious movement, lies in a serene setting on the shores of the Larnaka Salt Lake, which appears to be an important site also in prehistory.