Avanti 4 - Summer Concert on the Roof

International Vocal Quartet Avanti 4 was formed five years ago and so far has given soldout concerts throughout Cyprus including the ancient theater of Curium. Avanti4 has worked with many well-known performers and recently appeared in St. Petersburg in Russia, presenting a concert with songs from Cyprus, Greece and abroad.

On July 26th, 2016, Avanti4 will present in the heart of old Nicosia at Severis Foundation Roof Terrace the "Summer Concert on the Roof", with songs from the international repertoire, under the summer sky of Nicosia.

Enjoy magnificent views of the old city with a glass of wine, cheese platters & charcuterie from the Balthazar Roof Terrace menu! 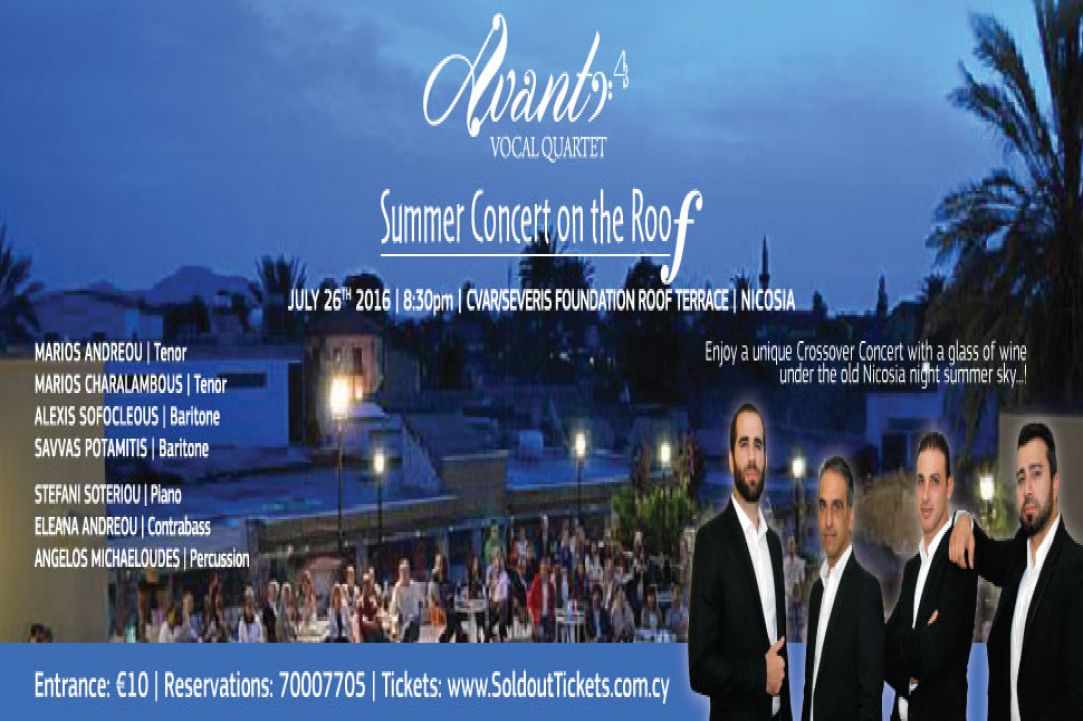