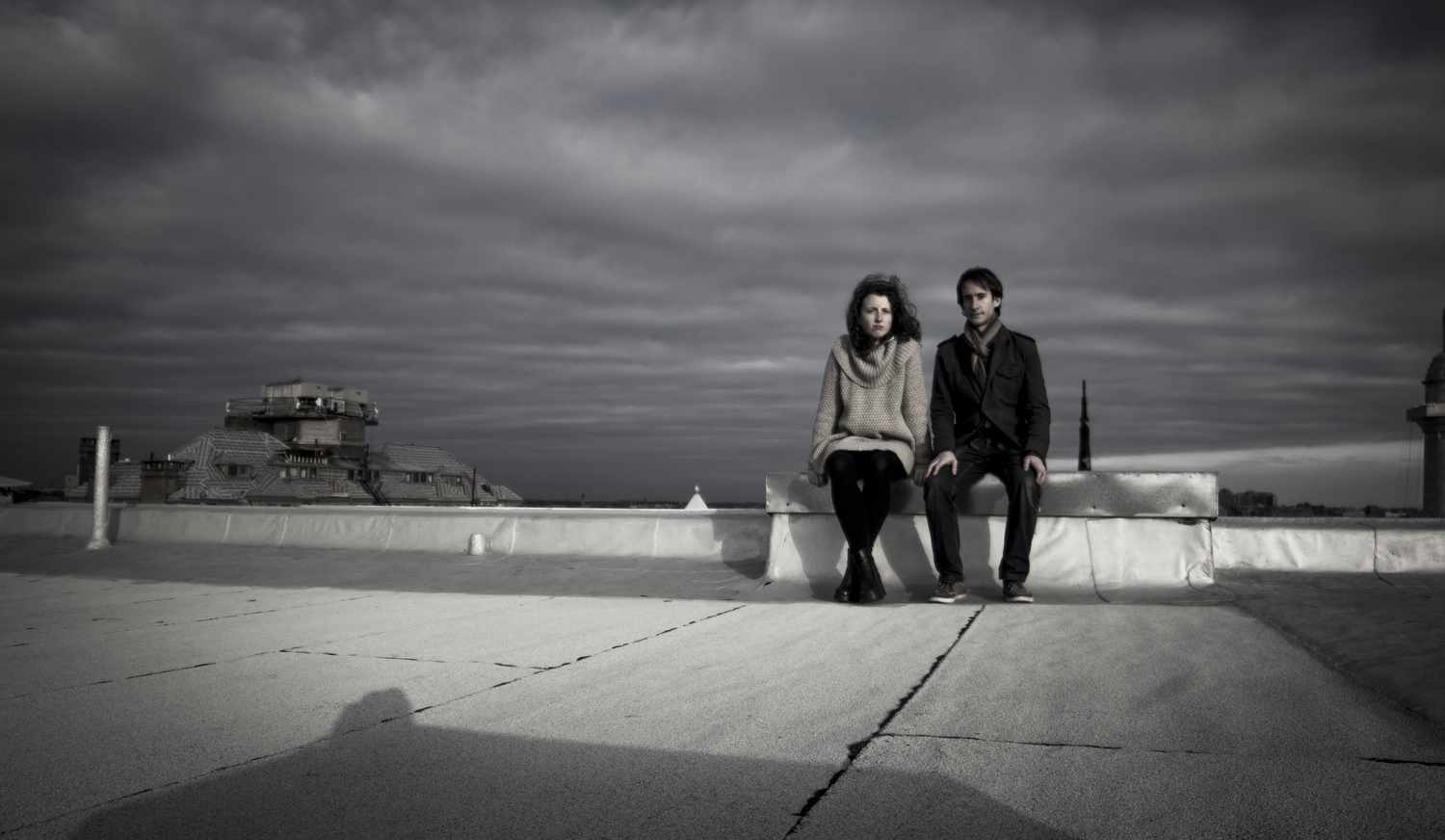 On Friday, July 13th , The Concert will take place at the "Cyprus Wine Museum"

Passepartout Duo is coming to Cyprus to present a program of contemporary music miniatures for piano and portable percussion instruments. The Concert will take place at the Cyprus Wine Museum in the framework of the Fifth Season of ‘Commandaria Orchestra and Friends’ Chamber Music Concert Series, on Friday, July 13th 2018. Before the next season, the Commandaria Orchestra will present concerts of popular music in July, August and September at the Court of the Knights of the Cyprus Wine Museum, as well as a series of three thematic concerts at the Commandaria Castle in Kolossi.

The program contains a multi-stylistic mix of both American and European composers that utilize electronics, highlighting the relationship between music and Human voice.

The second half of the program features Rzewski’s masterworks Coming Together and Attica, which tells the story of the Attica prison riots that took place in the 70s in America. Guest artist at the concert will be Sophie Fetokaki.

Ever since they began collaborating in 2015, the musicians of Passepartout Duo have been known for their tireless advocacy of new music, ideas that cross aesthetic boundaries, and the compelling films they create. Driven by their shared values of music, people, and travel, Nicoletta Favari & Christopher Salvito’s simple and elegant approach has already earned them a reputation as a thoughtful and promising emerging group within the contemporary music field. 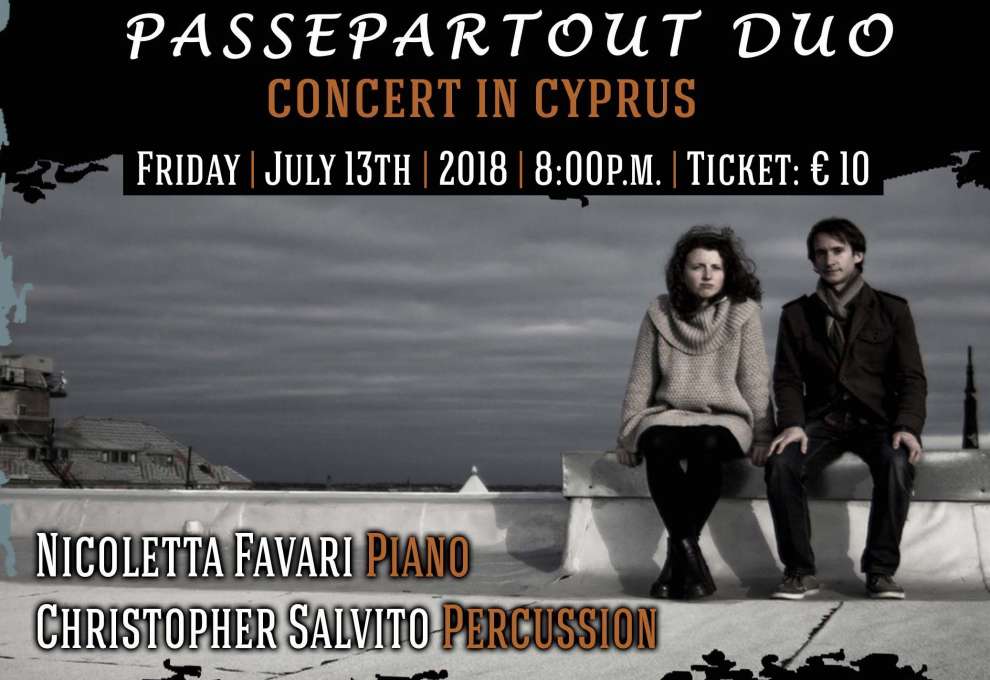 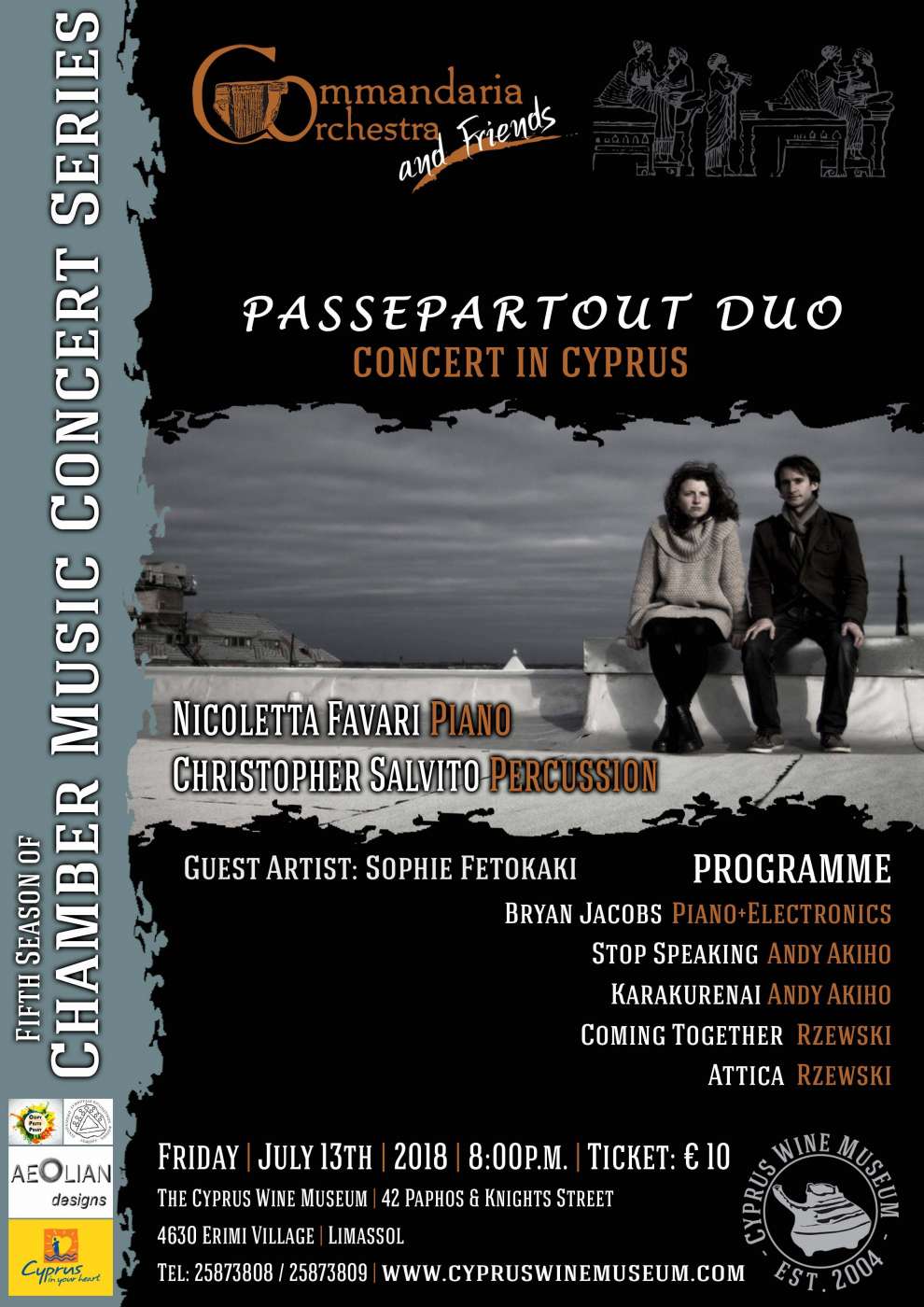