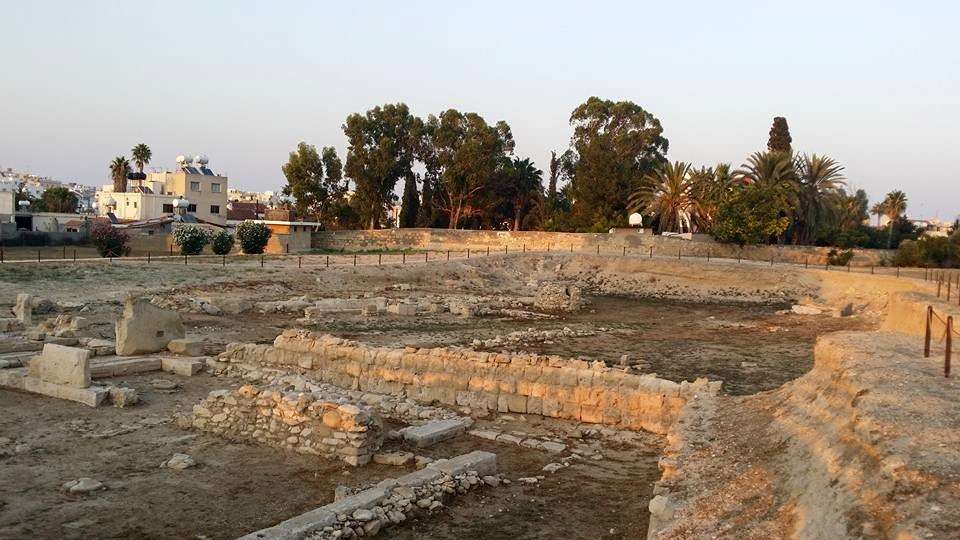 Kition was an ancient Mycenaean city, a kingdom of Cyprus in the place of today's Larnaka. There were prehistoric settlements, which later accepted Achaean settlers. The city dates back to the 12th century BC in Egyptian inscriptions, but later in the Bible. 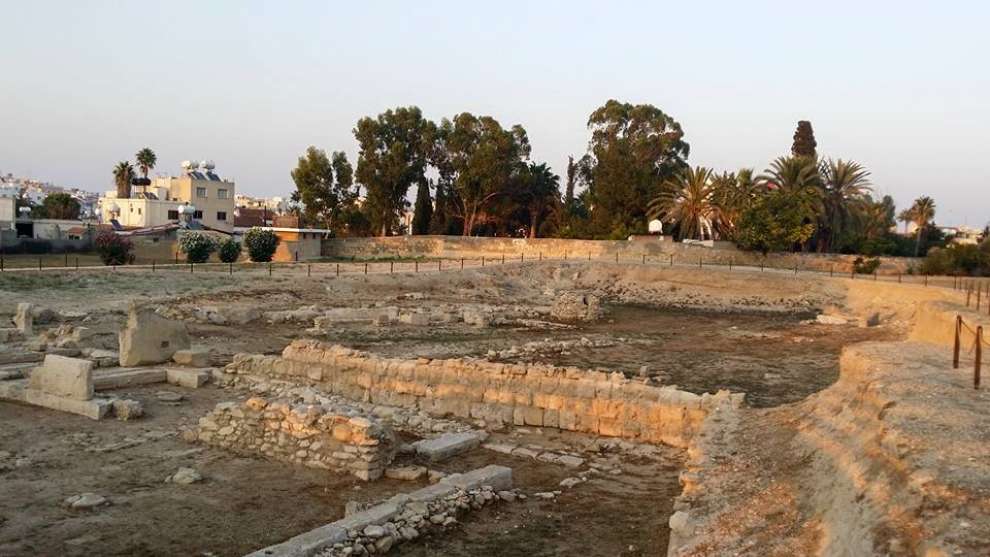 The history of ancient Kition:
According to excavations in the area, there were two prehistoric settlements in the area that had developed commercial relations and exported copper, purple and salt. These settlements accepted Mycenaeans and Achaean settlers developed into cities. The Mycenaeans remained in the area from the 13th century BC. until the end of the 11th century BC building cyclopean walls of 2.50 meters thick, of huge limestone. In the 10th century BC these two cities were destroyed by natural disaster and the inhabitants re-emerged and called it Kition.

Kition was famous in antiquity for its port, from which exports of agricultural products were made to the eastern Mediterranean, Egypt and the Aegean Sea. Moreover, its strategic position made it an excellent naval base.

In the 9th century BC the Phoenicians settled in the area, who built the temple of Astarte, the goddess of fertility. In the 7th century BC Kitia goes into the hands of Astris. In the 5th century BC all of Cyprus passes into the possession of the Egyptian Pharaohs. At the same time, Kition and Salamina cut coins for the first time. Later ships from Kition took part in the Xerxes campaign and the Battle of Salamis. The Persians after their defeat in the naval battle of Salamis imposed Phoenician kings in all Cypriot cities.

The last king of the city was Menelaos, and later the city passed to the power of Ptolemy I. In 58 BC. it was occupied by the Romans but continued to be the most important and main port of Cyprus. After the Third Punic War, the Romans destroyed all the Phoenician centers and their culture disappeared forever. The city was kept Greek in the following centuries.

In Christian times Kiti becomes a bishopric, with Lazarus the first bishop. The city continued to flourish until the first years of the Frankish rule but gradually lost its glory and was abandoned. 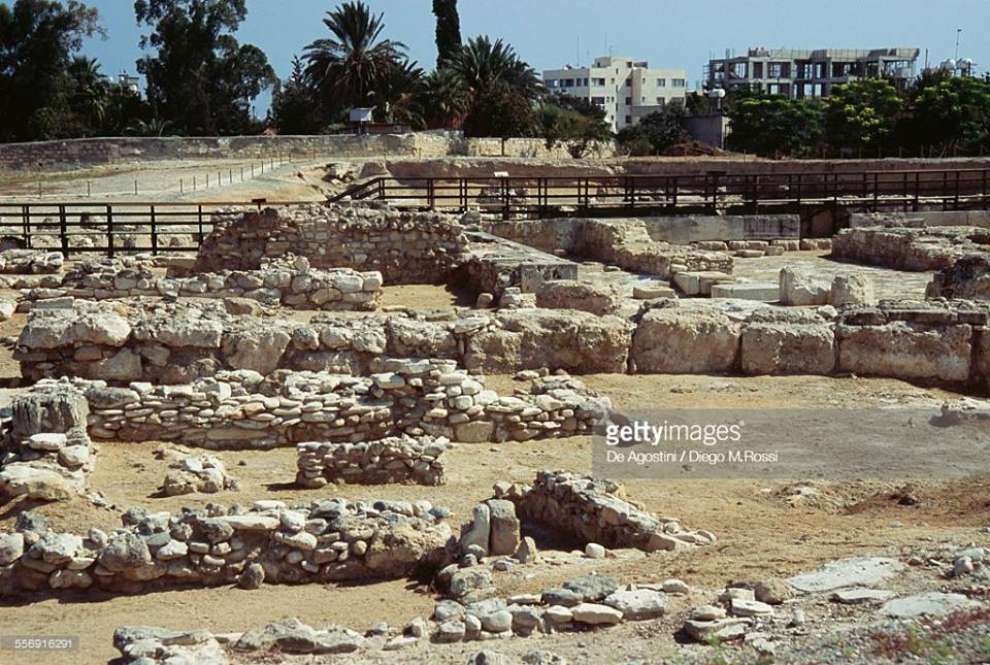 The archaeological finds:
The location of Kition is one of the first archaeological sites that brought to light the Department of Antiquities of Cyprus in the early 1960s after the independence of the island. Kition is linked to the Venus Cultural Route.

The archaeological site of Kition, which includes the two locations: Kathari and Pampoula. From the 18th to the 20th century, important archaeological finds of the area, such as the famous Assyrian column of King Sargon II. 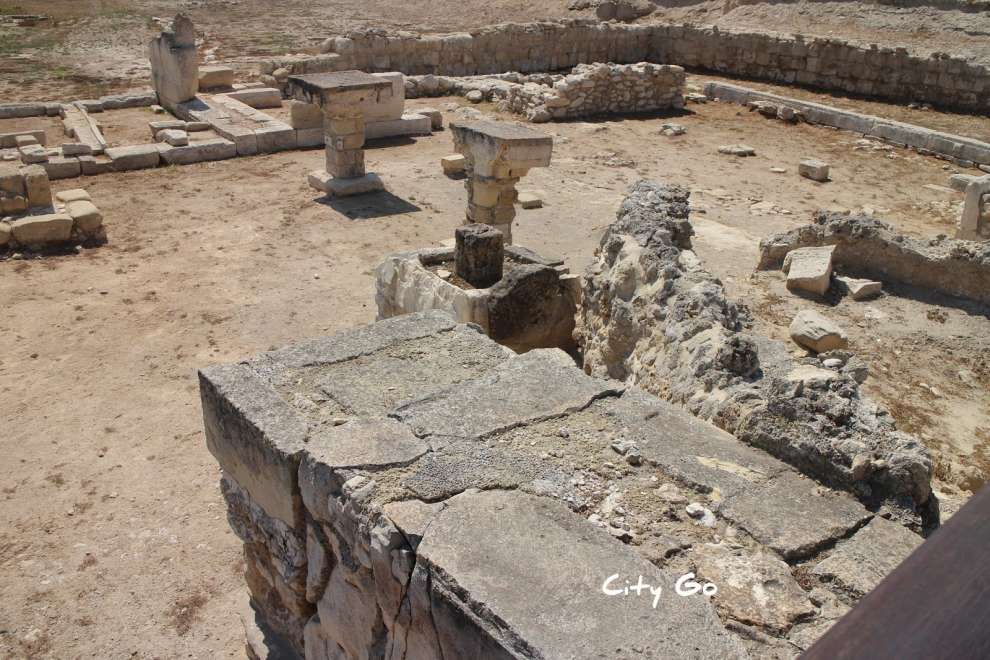 The excavations of Pampoulas showed that the area was inhabited without interruption from the end of Geometric until the Hellenistic period. The sanctuary dates back to the 9th century BC while during the Archaic and Classical period other rooms, courtyards with galleries and altars, tenders of offer as well as craft facilities for the processing of copper are being extended and planned.

The main deities that were worshiped in Kition according to the archaeological finds were the Phoenician divinities Astarte (corresponding to Aphrodite), Melkart (equivalent of Hercules) and Esmoune (the equivalent of Asclepius), as well as the Egyptian deities of Hathor, Bes and Horus. 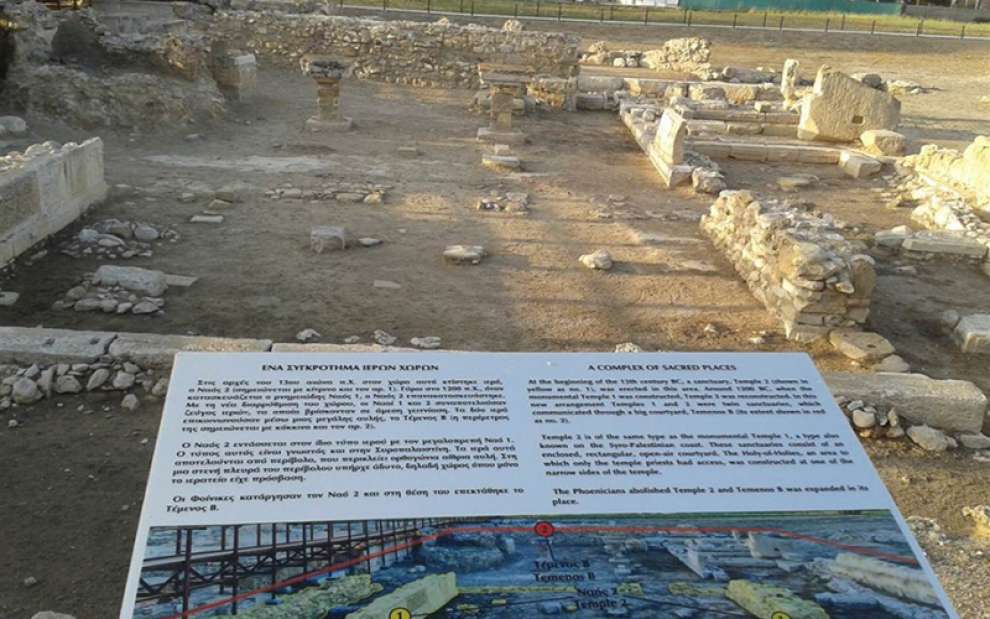 Opening season: All year. Closed on all public holidays

Entry price: € 2,50
For groups of more than 10 people, there is a 20% discount in entry fees.
Hours of operation and entry price are subject to change without notice. It is advisable for visitors to confirm them before their visit.