Birthplace of the ancient philosopher Zenon...

Larnaka is a city built on the southeastern coast of Cyprus.

Larnaka (Skala) is the successor city of ancient Kition, one of the most important kingdoms of ancient Cyprus, the birthplace of, among others, the ancient philosopher Zenon.

Today, the city of Larnaka is the third largest city in the island, with a population of 144,900 inhabitants. 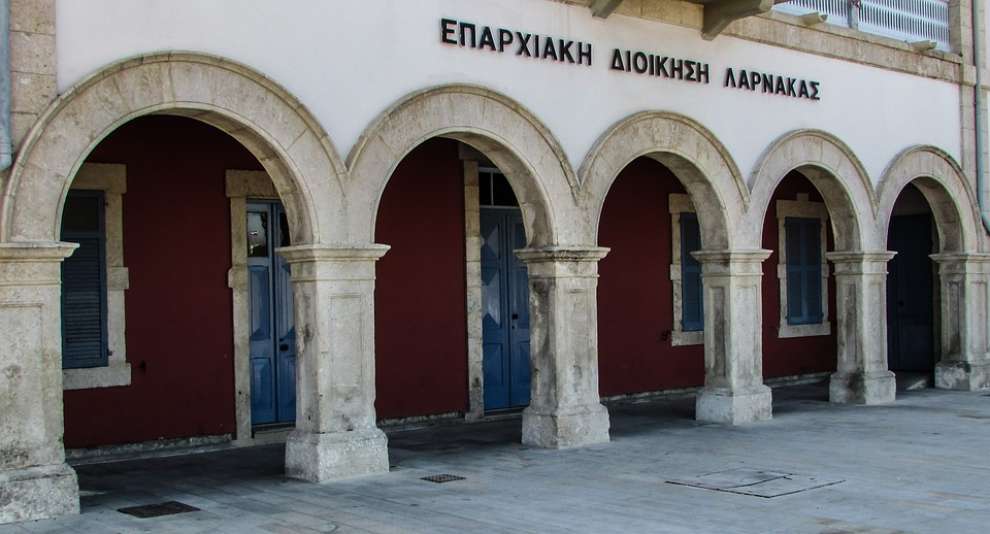 Historical data:
The city of Larnaka in antiquity was the ancient Kition, which was founded by Greek settlers in the 14th century B.C. The then Kition, was an important colony of the Phoenicians. Kimon the Athenian also fought in this area, who died while besieging it (450 B.C). In the 1st century A.D Kition had begun to be Christianized, Saint Lazarus, the friend of Christ, had become the first bishop of the city. Today, the church of St. Lazarus is the most important of the churches in Larnaka, built in 900 A.D, and it is believed to have been built at the site where the Saint was buried. 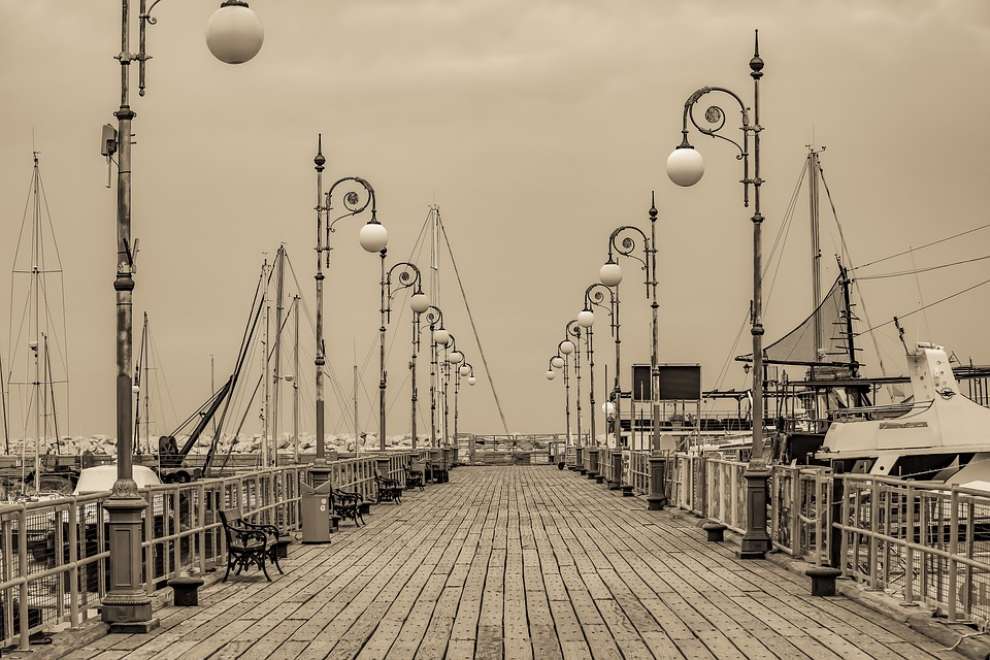 During the Frankish period (1192-1489), Larnaka was not a very important city but had begun to develop as a port after 1373 when the main port of Cyprus, Famagusta, was occupied by the Genoese.

During the Ottoman domination (1570-1878), it had developed into an important port, so many Cypriots, Greeks and foreign merchants lived in it, thus constituting the city of consulates and merchants and being the most developed of all the Cypriot cities.

The name of the city:
The name of Larnaka is associated with the death and burial of St. Lazarus in the area. More specifically, it comes from the word "larnaca" which in ancient times meant "stone sarcophagus". In the area of ​​ancient Kition, many sarcophagi were found among them and two sarcophagi in the sanctuary of the temple of St. Lazarus, which are believed to be the saints burial site. Thus, from this large number of local "larnaca" that was in the city, the city was renamed from Kition to Larnaka. 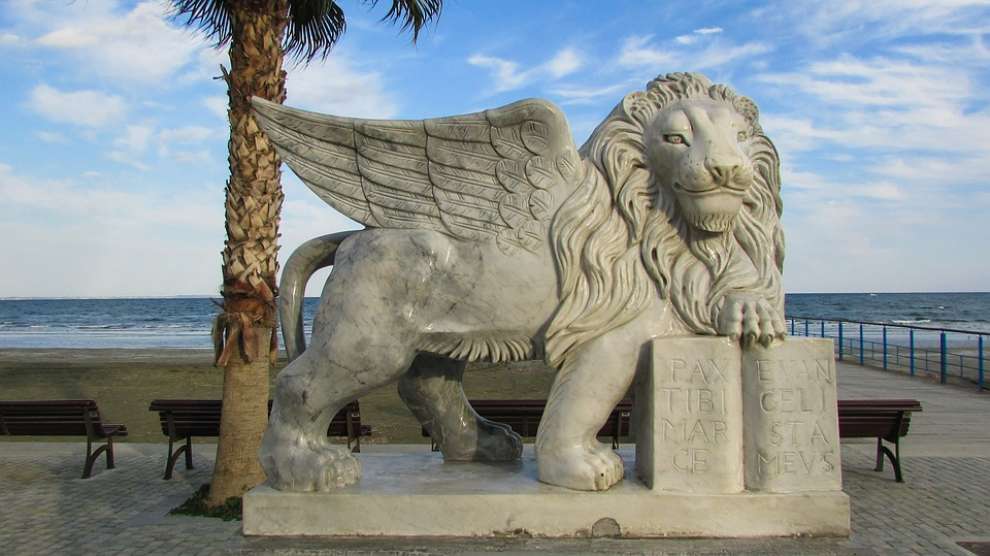 It is noteworthy that during the Mediaeval times, Larnaka was called "Alykes" due to the existence of Aliki. During the Ottoman domination (1570-1878), as it was an important port, Larnaka was known as "Skala" because the ships had station there.

This impressive development of the city is mainly due to the closure of Nicosia International Airport as a result of the Turkish invasion, when Larnaka International Airport was created. Additionally, due to the loss of Famagusta's main port due to the Turkish invasion, Larnaka developed into a great port. The loss of the traditional tourist areas of Cyprus, Famagusta and Kyrenia has led to the development of other areas of Cyprus including Larnaka, where many modern and luxurious hotels were built. Finally, near the city are the main oil stores in Cyprus.

Sights and Churches:
Throughout the city you will see important monuments, sights and churches. In the middle of Larnaka, the church of St. Lazarus, built above the tomb of the Saint, stands majestically. Saint Lazarus, in accordance with tradition, was the first bishop of the then Kition. Additionally, the Metropolitan Church of the Saviour, which was built during the Venetian occupation, namely the end of the 15th to the 16th century, it is very important, as is the church of Panagia Chrysopolitissa and Agios Ioannis.

The Holy Monastery of Stavrovouni is a beautiful monastery standing on the rocky hill of Stavrovouni at an altitude of 750m, in which you can find a part of the Holy Cross there. Lastly, the church of Panagia Faneromeni, a small Church located on the busy thoroughfare of Faneromeni Avenue and dates back to the early 20th century.

Also, in the southwest of the city, one can visit Aliki, just beyond the airport which is the main and largest airport in Cyprus. It is an important wetland of the island protected by the Ramsar Convention and the NATURA program. In fact, the salt lake is a complex of four lakes. There you will admire the pink flamingos that overwinter on the beautiful shores of the lake.

The Hala Sultan Tekke Temple, located in Larnaka, is the most important pilgrimage site for Muslims in Cyprus. Another Muslim mosque in Larnaka is the Kebir-Buyuk Mosque, which was originally a Catholic church dedicated to Saint Catherine. This mosque is probably the first Ottoman mosque in Cyprus. 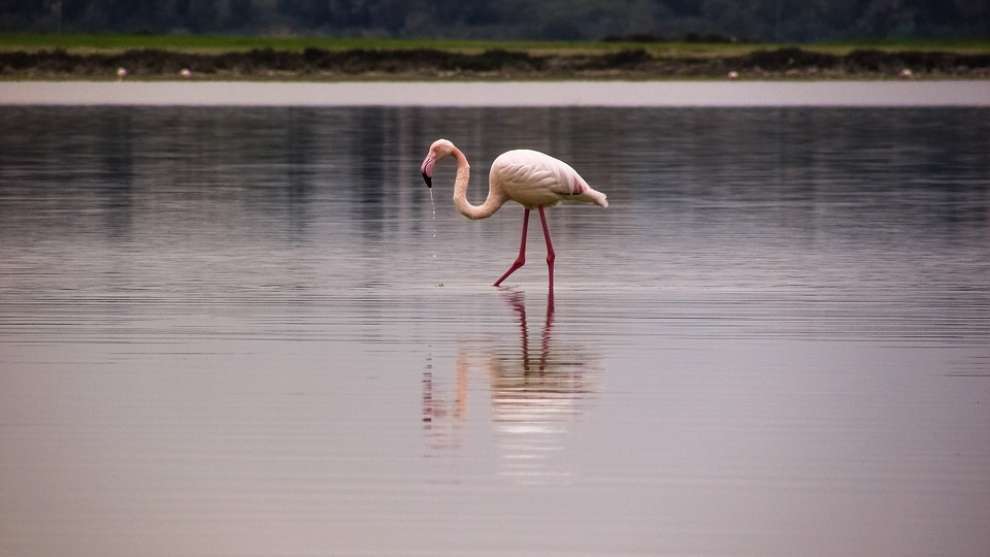 Additionally, the Medieval Castle of Larnaka is a striking, grandiose and imposing building of the Middle Ages, which has its current form during Ottoman domination.

It would be a mistake not to mention the Old Larnaka Aqueduct known today as Kamares, a name that the whole area uses.

This aqueduct was built in 1750 by the then Ottoman governor of Larnaka, Abu Bekir Pasha, and operated until 1939. 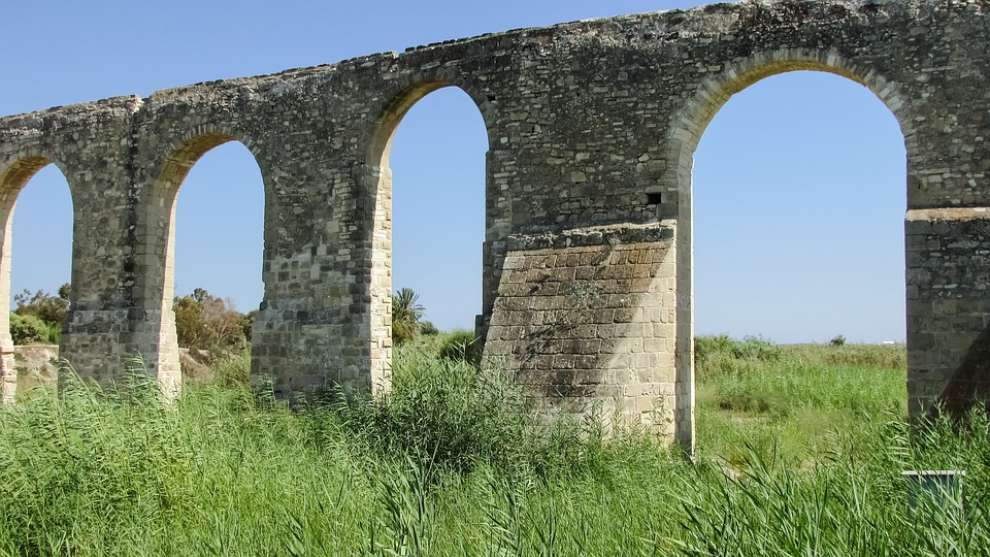 The archaeological site of Choirokoitia is another place that visitors who love history can visit. It is one of the most representative settlements of the Neolithic period. In the same area, the church dedicated to Panagia of Kambos is built. The church belonged to the Order of the Templars and later to the Order of the Knights of St. John. Additionally, the archaeological site of Kition, which includes the two locations of Kathira and Pampoula, is located in the modern city of Larnaka. 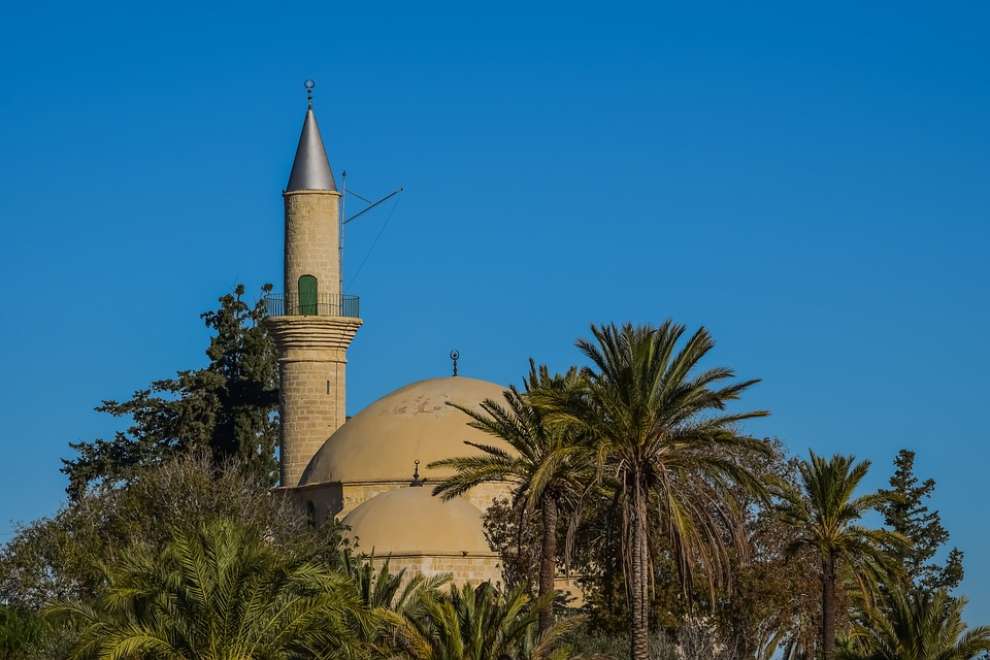 Larnaka also has museums in its area.

Some of them are: the Pieridis Museum, which is housed in the house of the Pierides family, the Byzantine Museum of St. Lazarus in the precinct of the church, the Pieridis - Tornaritis Palaeontological Museum, housed in a colonial building in the warehouse of customs in the beautiful Europe Square. Also the Larnaka Archaeological Museum, the Small Mediaeval Museum at the Castle of the City, the Folk Art Museum in Kato Drys village, the Local Museum of Traditional Embroidery and Silverware in Lefkara and many more. 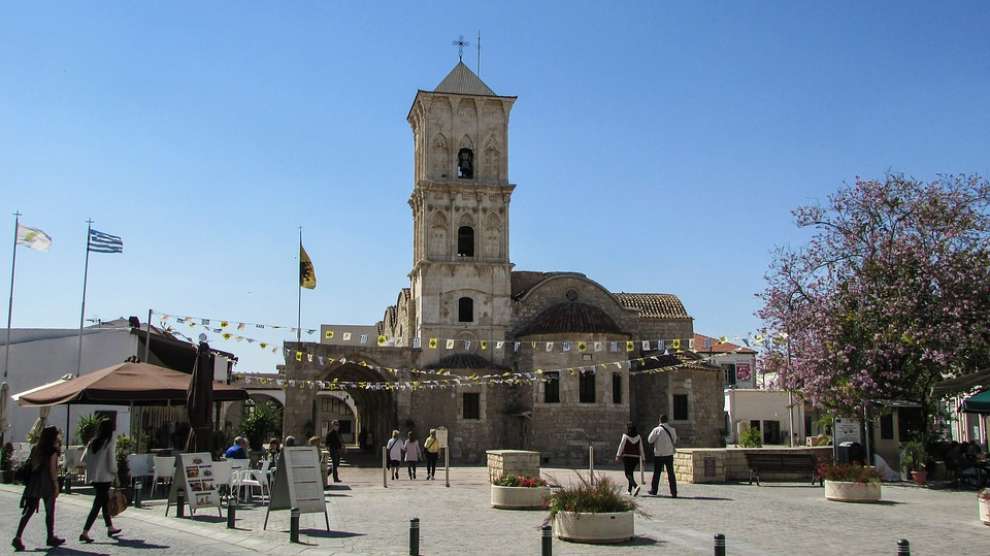 Finally, in the summer months, the clean seas of the city give you the opportunity to enjoy various water sports such as water skiing, wakeboarding, bodyboarding, jet skiing, windsurfing, canoeing and kayaking and kitesurfing.

If you love adventure and wreck diving, you have the right to dive at the Zenobia Shipwreck, which is only 1.4 kilometres from Larnaka.

It is also worth noting that Larnaka is the city that has the most complete hotspot in Cyprus in the Makenzy region with clubs, restaurants and cafes. 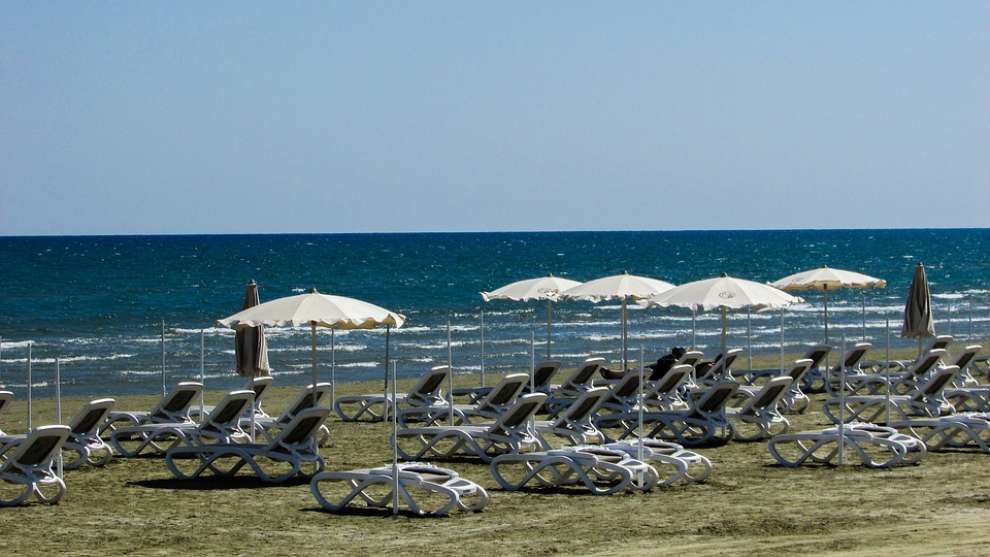 Interview with the owner of NUSA Beach Bar

2nd Conference "Building the School of Joy and Creativity"

The famous ‘DJ Snake’ is coming to Cyprus!

He’s coming to make the island crazy with the bigg...

Larnaka Photo Excursion in one day

Have the Alps moved to a Cypriot beach?

Virtual tour of the wooden houses of Pentaschoinos...

The celebration of Spring and Flowers!

What to do and where to go in Larnaka (Larnaka)

Seasonal music from choirs and other musicians

Rebirth of Spring and Nature