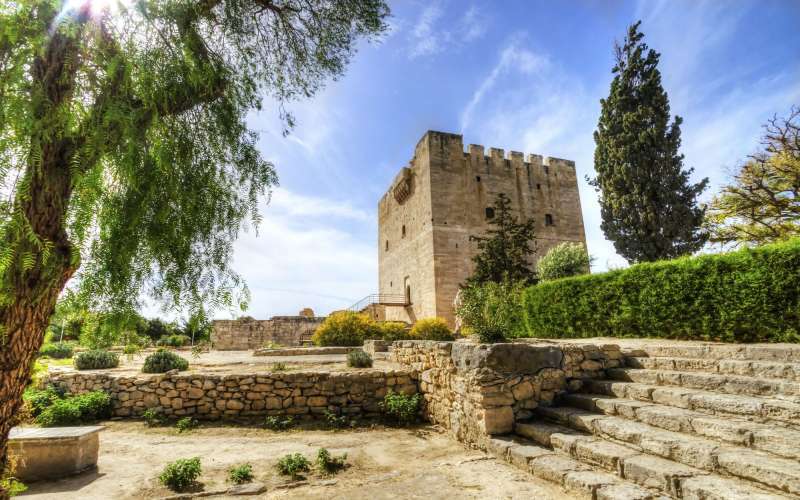 A medieval fortress, 11 kilometers west of the city of Limassol!

Kolossi Castle is a medieval fortress located 11 kilometers west of the city of Limassol, built on the southern edge of the village of Kolossi, at the core of the southernmost riverside valley. 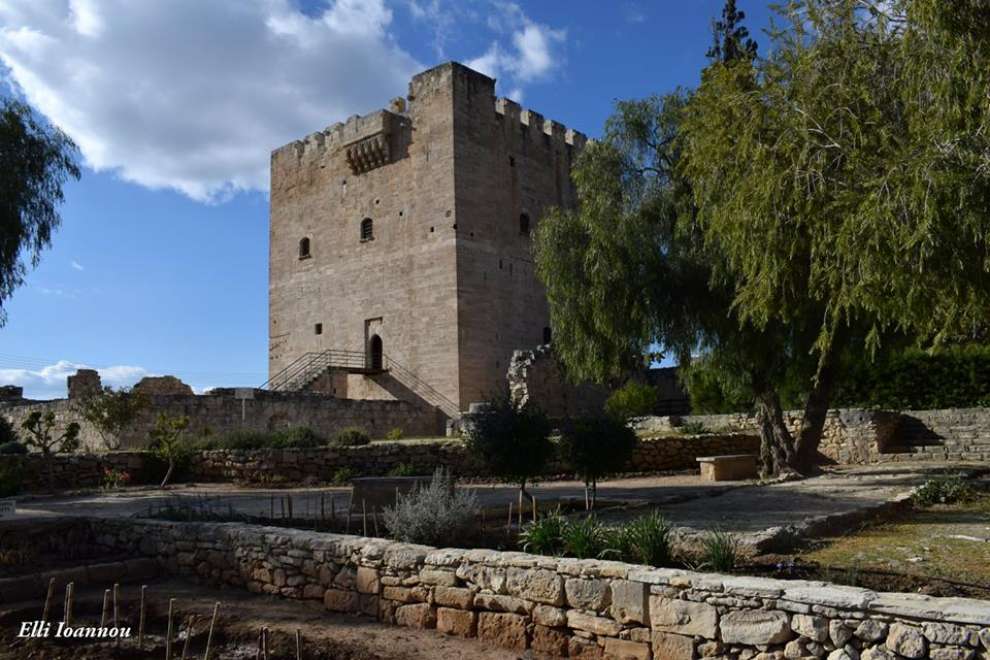 It is one of the most important medieval fortifications in Cyprus. It is an imposing square building, consisting of three floors, built with stones and its walls are about ten meters thick. The ground floor is likely to be used for warehouse and consists of two large halls. In the southern wall of one room there is a fresco with the Crucifixion of Christ and the coat of arms of Magnac. 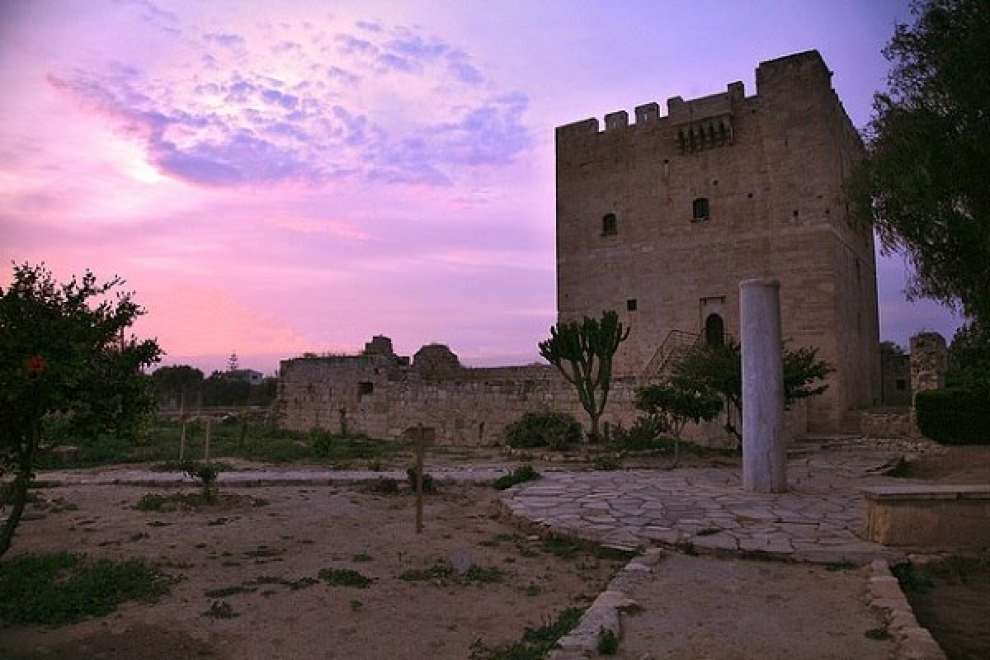 Photo: All About Limassol

This grandiose building was constructed to control the surrounding fertile area in the estuary of the Kouris river, where sugar cane plantations, vineyards, olive groves, carobs, cereals and cotton were produced, and which was one of the most important Frankish nobles in Frankish times . The area was probably named Kolossi by feudal Gerinus de Colos. 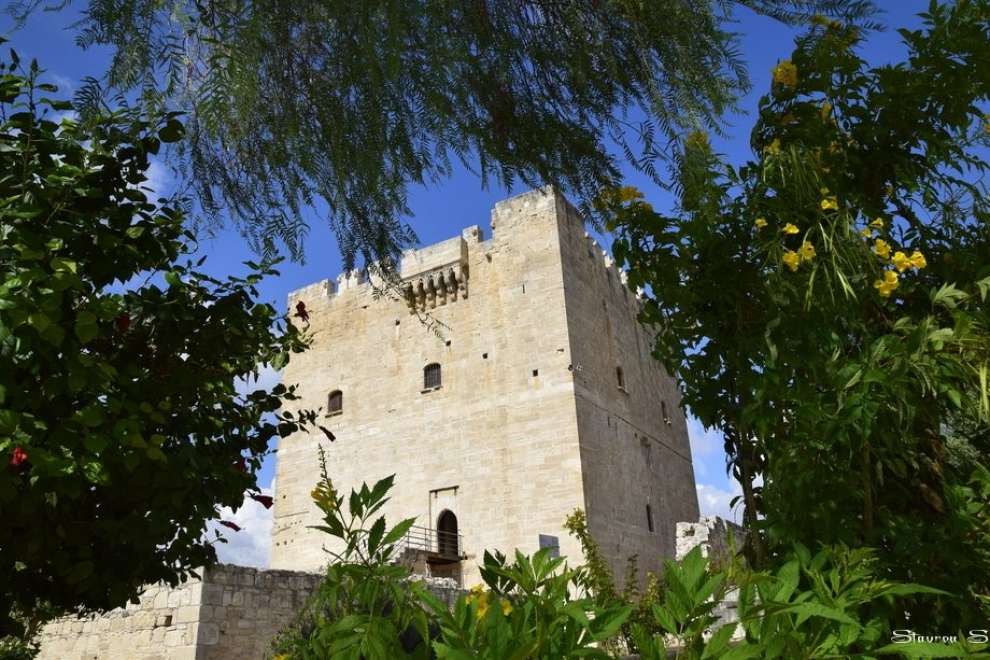 The exact date that the first fortress was built in the feud is not clear, the ruins of which survive to the east and west of the newest monument. All that is certain is that this is being built around the 13th century.

According to historical sources, the Kolossi castle was originally built in 1210 by the Knights of the Battalion of St. John of Jerusalem during the Crusades when the area was given to the ruler of Cyprus Hugo A. After the fall of Akra in 1291, around 1301, the Ioannians finally transferred their activities to Kolossi. In 1306, the Knights Templar is based there and serves as the residence of the commander of the battalion. In 1308, following a decree issued by Pope Clemi, the Order of the Templars was outlawed.

In 1310, the administration center of Ioannina was transferred to Rhodes, but a strong military force known as the Commanderie remained in the Kolossi Castle. The fort is then used as a residence and administrative center for the heads of the lone battalion who organize and control the surrounding area in the Kolossi valley. 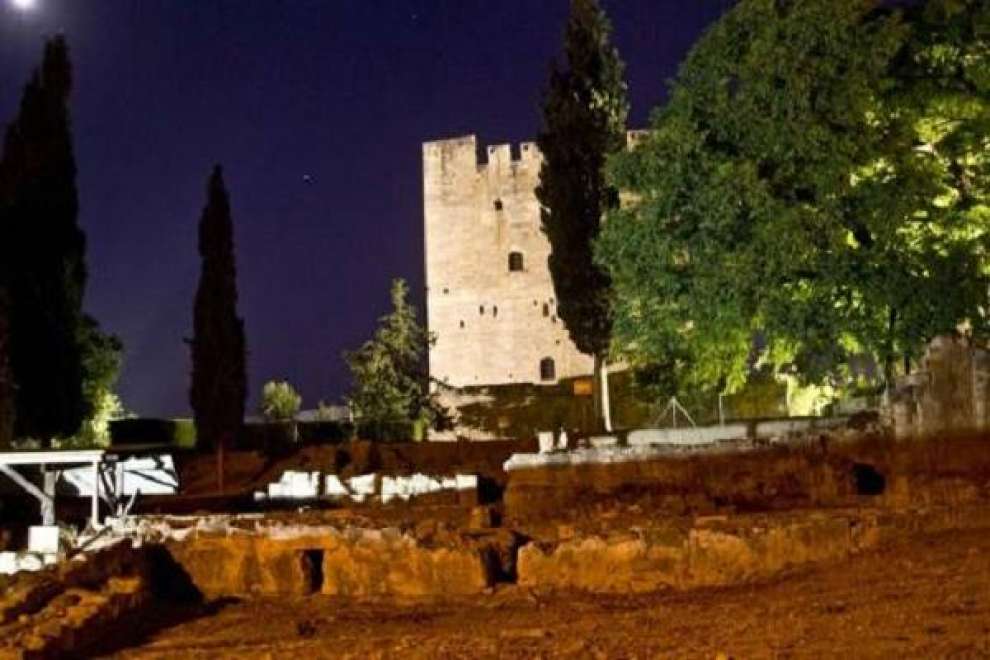 Photo: All About Limassol

A great day in the Commandaria Region