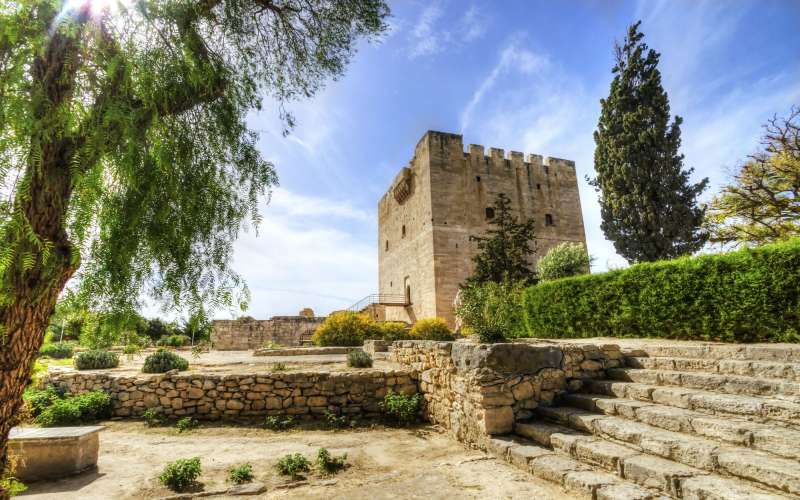 Οne of the most important fortifications of Medieval Cyprus

The castle is located at the south edge of Kolossi village, which is situated on a coastal plain about 11 kilometres west of Limassol. It is one of the most important extant fortification works of the Frankish period, an impressive, square, well-built building comprised of three floors. It was built in 1210 by the Order of St. John of Jerusalem (Knights Hospitallers) as the seat of the Supreme military commandment, Grande Commanderie, from where Commandaria wine later took its name.

The remains of a factory that produced sugar from sugarcane, which was cultivated in large plantations in the region, are located to the east of the castle. The plantations, which date back to the 14th century, consisted of three main areas and other auxiliary areas. The primary structure is the sugar refinery, a long, narrow, stone-made, arch-covered hall. An inscription inserted in the external south side of the building informs us that it was repaired in 1591, when Pasha Murat was governor of Cyprus. To the north of this hall lie the ruins of the water mill and the water tower.