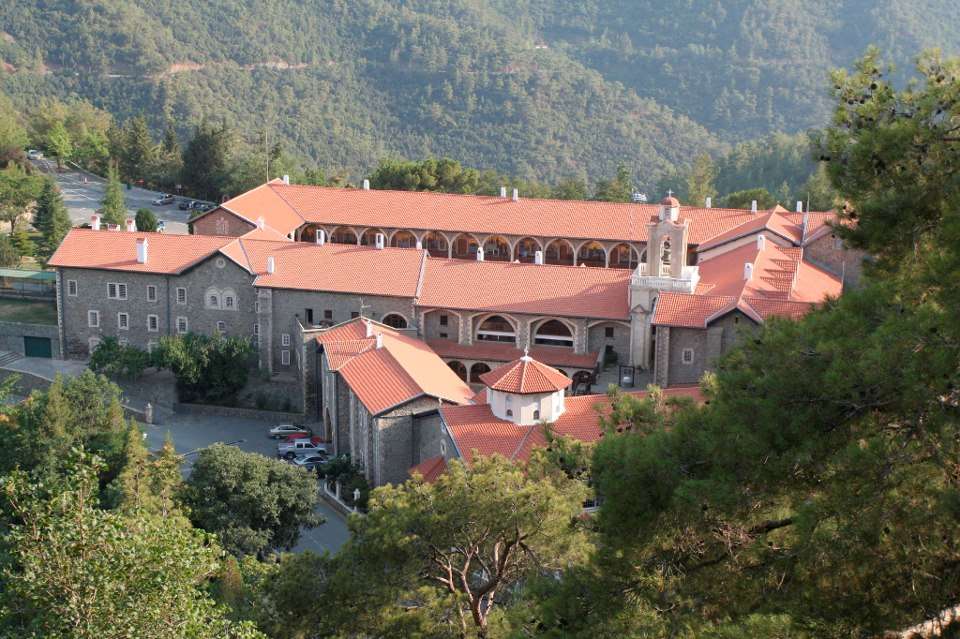 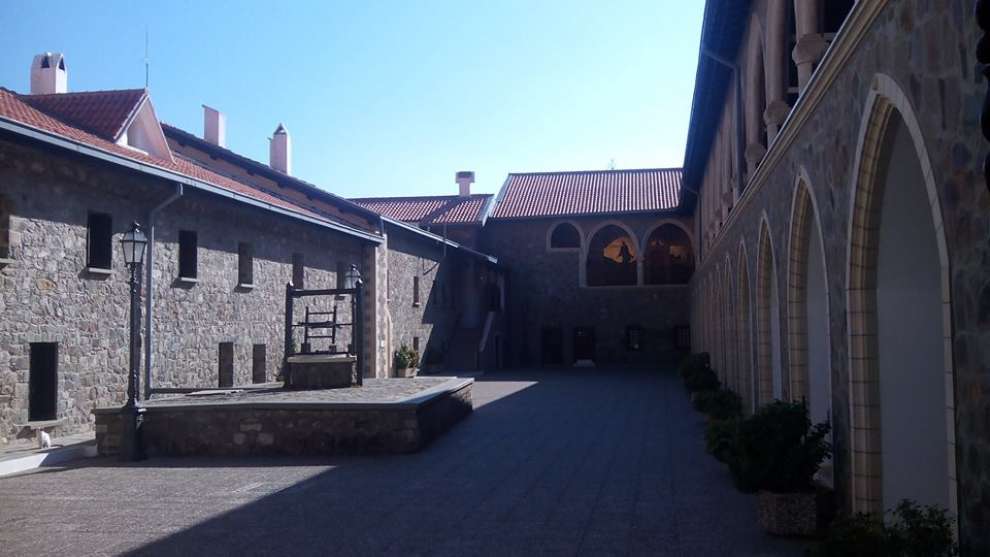 It is a royal, Patriarchal Stavropygian Monastery located in the western part of the Troodos mountain range, 18 kilometers from the highest peak of Cyprus, Mount Olympus, near the Throne of Panagia at an altitude of 1300 meters. 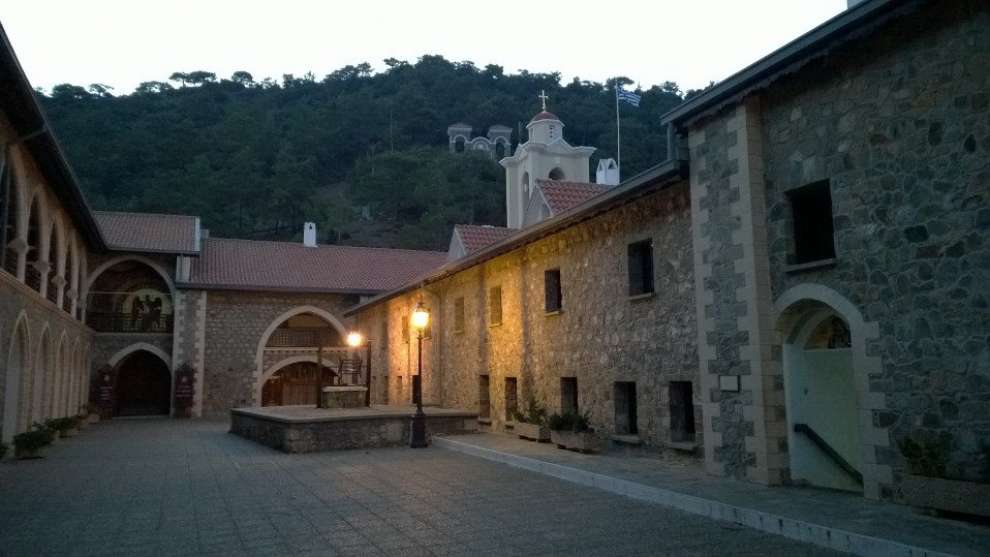 The fraternity of the Monastery, dating 900 years of continuous life and not limited to its only religious duties. 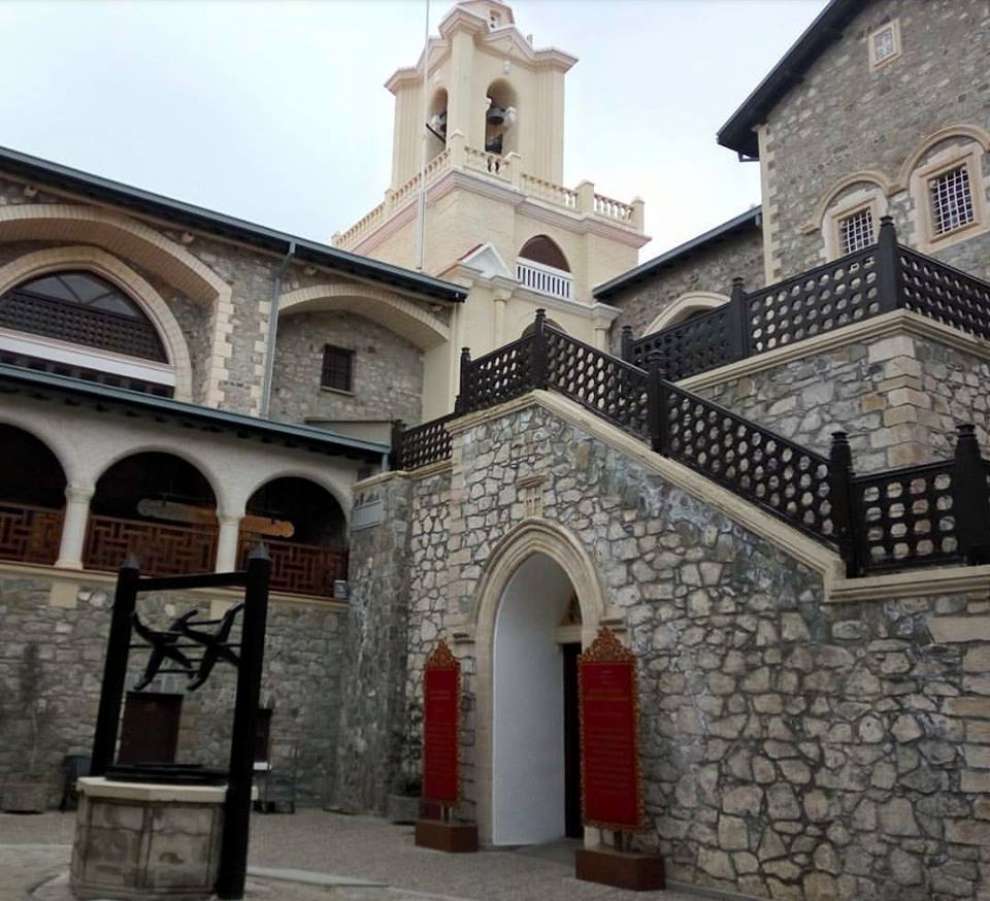 With its activities, the fraternity turned the Kykkos Monastery into one of the most important spiritual centers in Cyprus. It developed rich national action and presented a great social contribution and always played a leading role in the historical events of the place trying to animate, guide and protect the difficult times of the people of Cyprus. 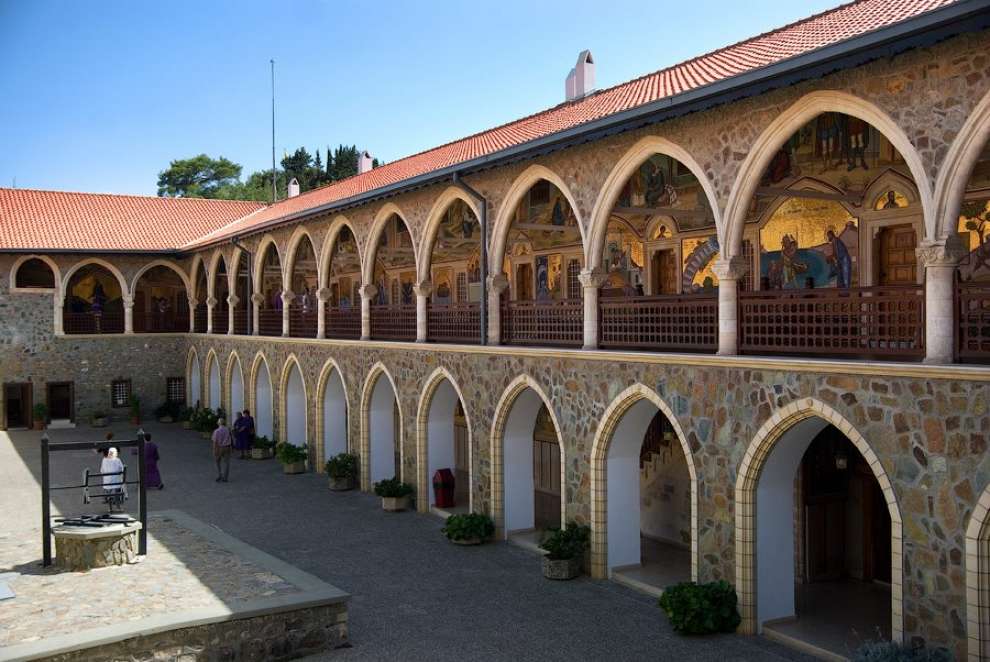 The Monastery of Kykkos has a very remarkable museum with ecclesiastical utensils, vestments, icons, religious works and a great library with many manuscripts. 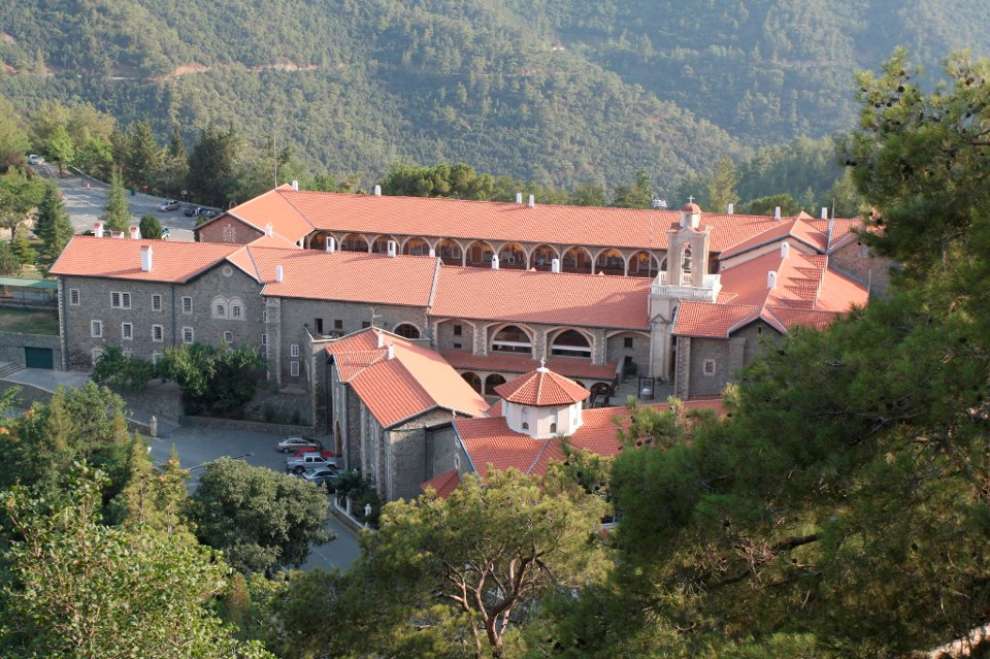 In the Monastery there is the well-known icon of Panagia Eleousa (of Kykkos), which presents the Virgin Mary on the right side. The legend of the icon of Panagia Kykkos is dramatic. The image is reputed and respected throughout the Orthodox World. It is one of the four icons of the Virgin Mary attributed to the Apostle Luke. The legends surrounding these 4 images are many. The paintings on which they are hagiographed were given to the Apostle Luke, for this purpose by Archangel Gabriel. The other three icons are found today, one in Athens, the other in the Monastery of Panagia Soumela in northern Greece and the other in the Great Cave Monastery in the Peloponnese. All four images went through enormous adventures before eventually settling down in their present locations. The Panagia of Kykkos, painted by Apostle Luke just seven years after the Crucifixion and Resurrection of Jesus Christ, was transferred by the Apostle himself to Egypt after the Death of the Virgin Mary. The image remained there until the Christians, of whom they were guarded, were captured by the pirates. To save her from desecration, they threw her into the sea. Two Byzantine boats appeared, and after they chased away the pirates, they rescued the image. Then they took the picture to Constantinople and presented it to the emperor Alexios Komninos (1081-1118).

Emperor Alexios sent Duke Manuel Voutomytis, in Cyprus as governor. One day, when he was hunted by the mountains, he lost his friends and stayed alone. Where he sought to find his comrades, he suddenly found a cave in which an ascetic lived, the monk Isaiah. The governor asked the monk if he had seen his friends go from there. Isaiah did not give any answer, he got very angry and as a result he beat the old man and left. Within days, the duke was "hit" by an incurable disease, a kind of paralysis, called salialgia. Then followed a series of dreams. First, Governor Voutomytis, saw God in a dream of telling him that he would be cured if he begged the ascetic monk to forgive him, and when Boutomoustis complied with these counseling, he was cured. Meanwhile, the monk Isaiah himself dreamt that the Virgin Mary appeared to him and told him that he and Voutomytis must go to Constantinople and bring her image to Cyprus. When they arrived in Constantinople, they found that the Emperor was reluctant to give the icon to them. The emperor's daughter suddenly suffered the same illness as the governor had before. With a heavy form of saliva. In return for its immediate treatment, the emperor gave them not only the image but also the money to build a church to put it in. So the icon of the Virgin Mary came to Cyprus and all the trees were kneeling down to welcome her. The church was built by the monk Isaiah with the money of the emperor for this monastery, and is still called today as the "Royal and Stavropygian Monastery". 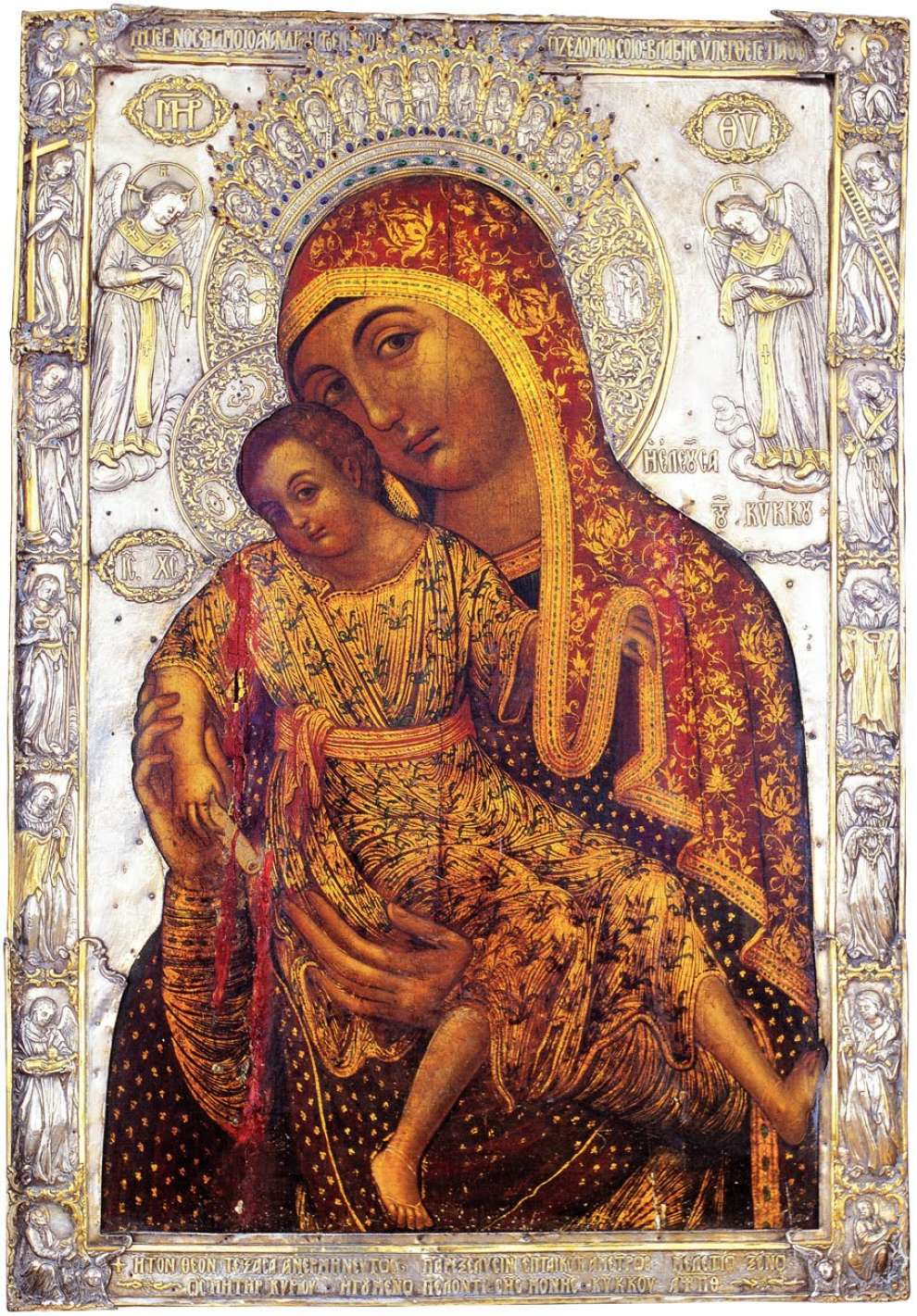 The Monastery of Panagia of Kykkos bears the name "basilica" because it was built with the financial help of Byzantium Emperor Alexios I of the Great Komnenos (1081-1118). The Monastery of Kykkos is also called "stavropegic", because at its foundations was placed a Cross, which makes the monastery independent of the local diocesan government and subordinated directly to the patriarch.