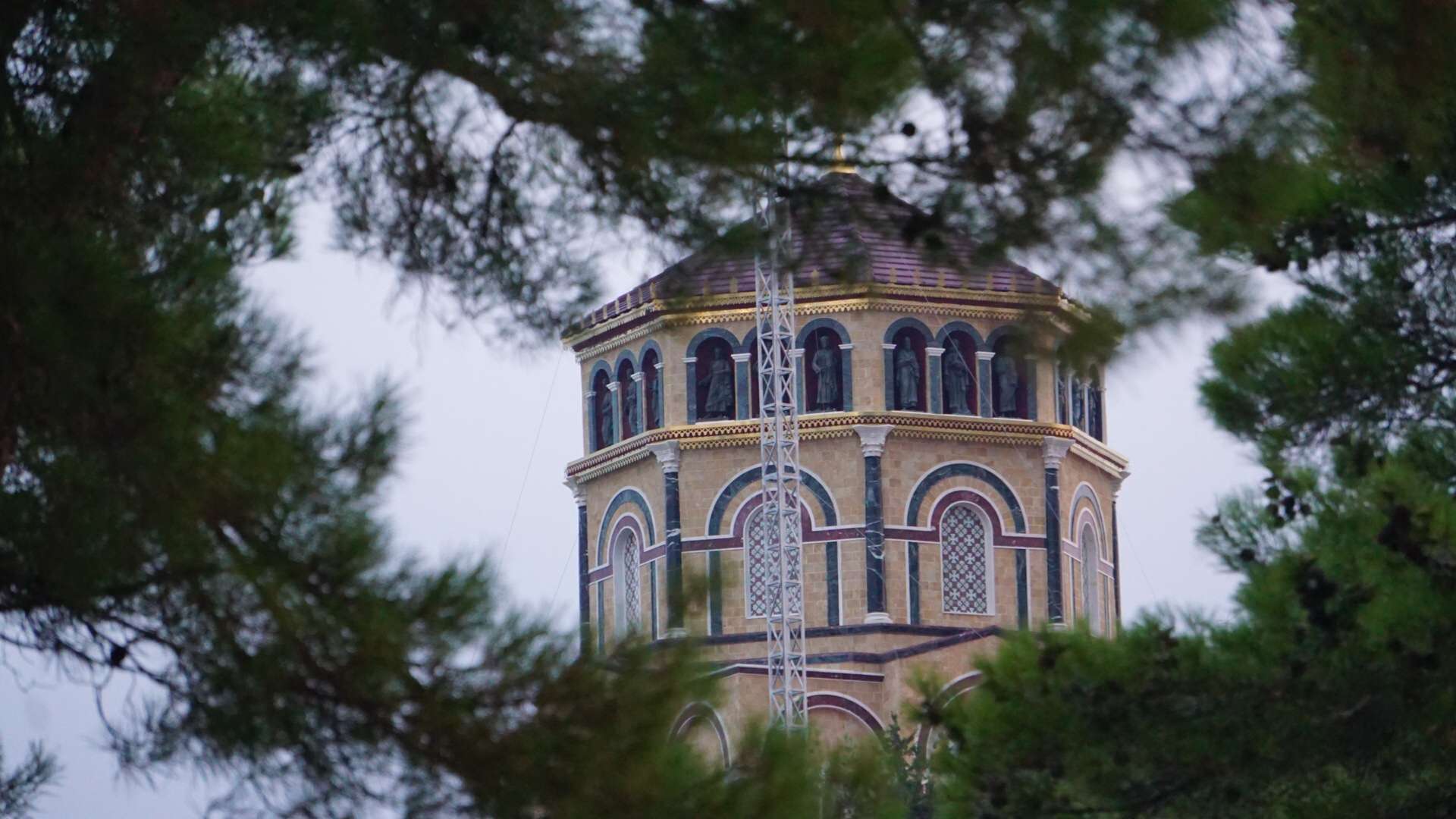 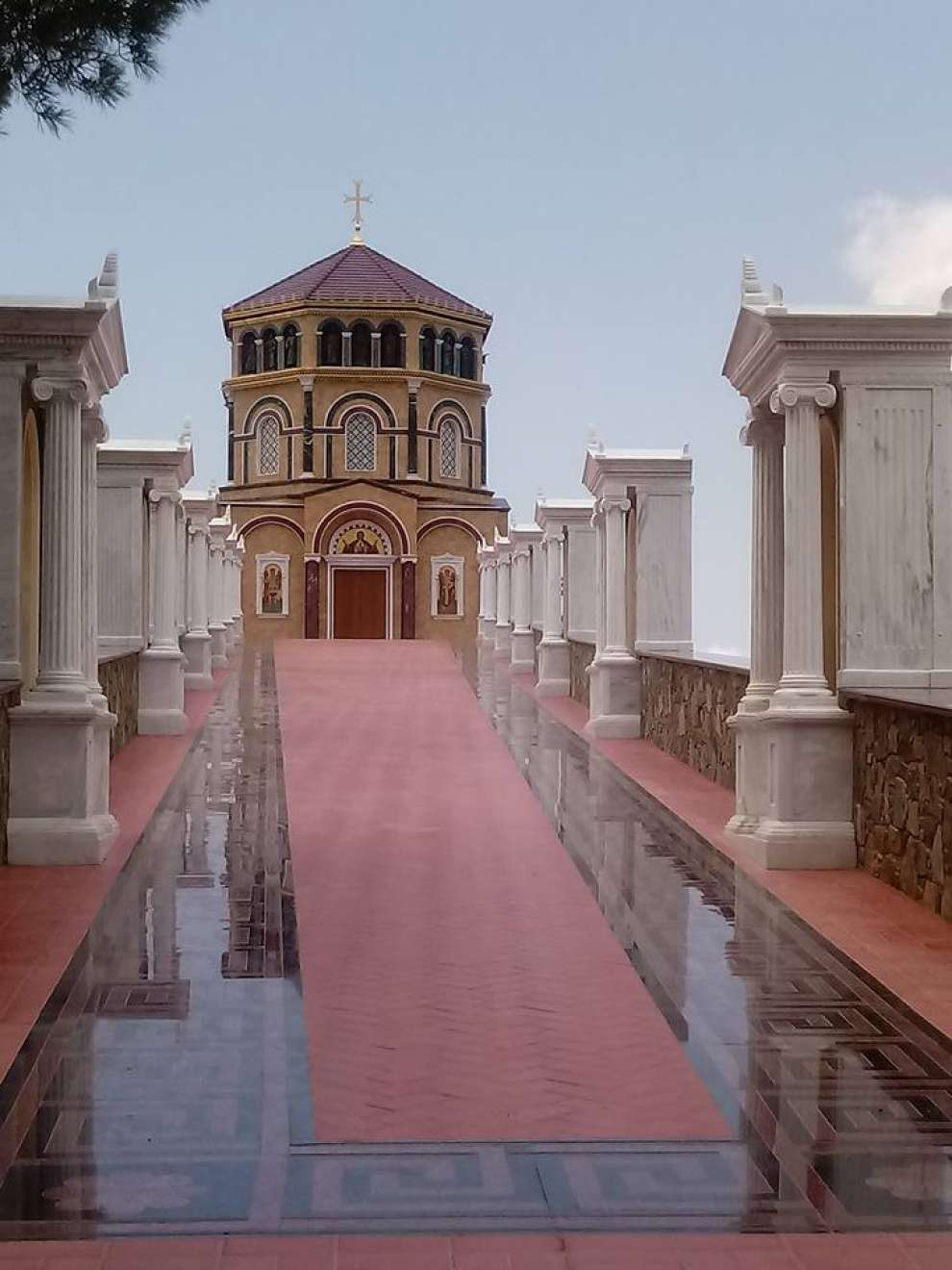 It is a rough mountain top with an altitude of about 1450 meters and is directly connected to the monastery. 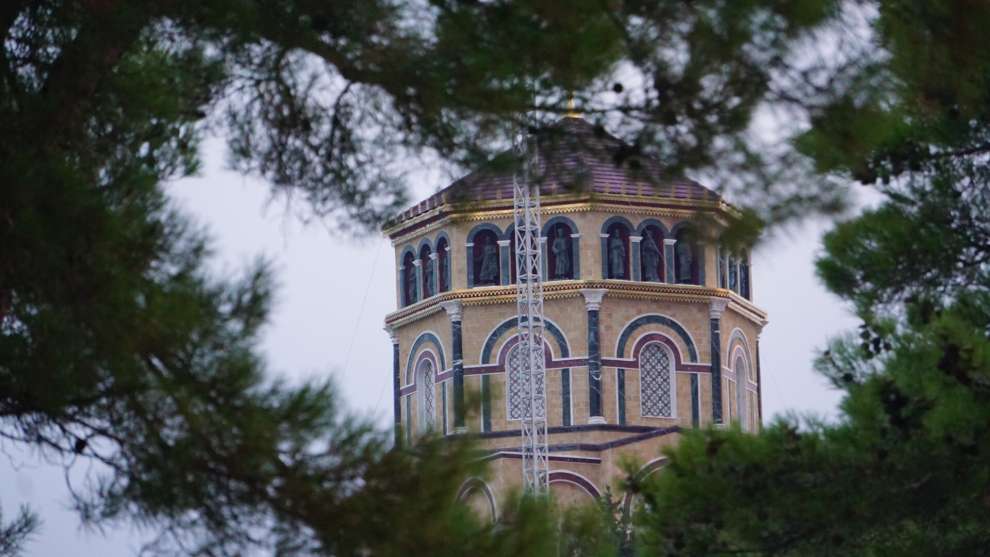 The Panagia of Kykkou, during the Venetian domination of the island, 1489-1571, was called the Virgin of the Rain, and so the fathers of the Kykkos monastery used to use the Holy icon of the Virgin of Kykkos during periods of drought. They would climb up through a path to the top of the mountain, where they would place the icon on a wooden throne and ask the drought to be over. From this fact, comes the name of the site, "Throni" of the Panagia.

This wooden throne today was replaced by the architecture of the architect Philip Loizou, which is characterized by elements of Byzantine and modern architecture. In fact this building is a canopy, supported by four pillars. Additionally there is a road about 2 km long that leads to it. 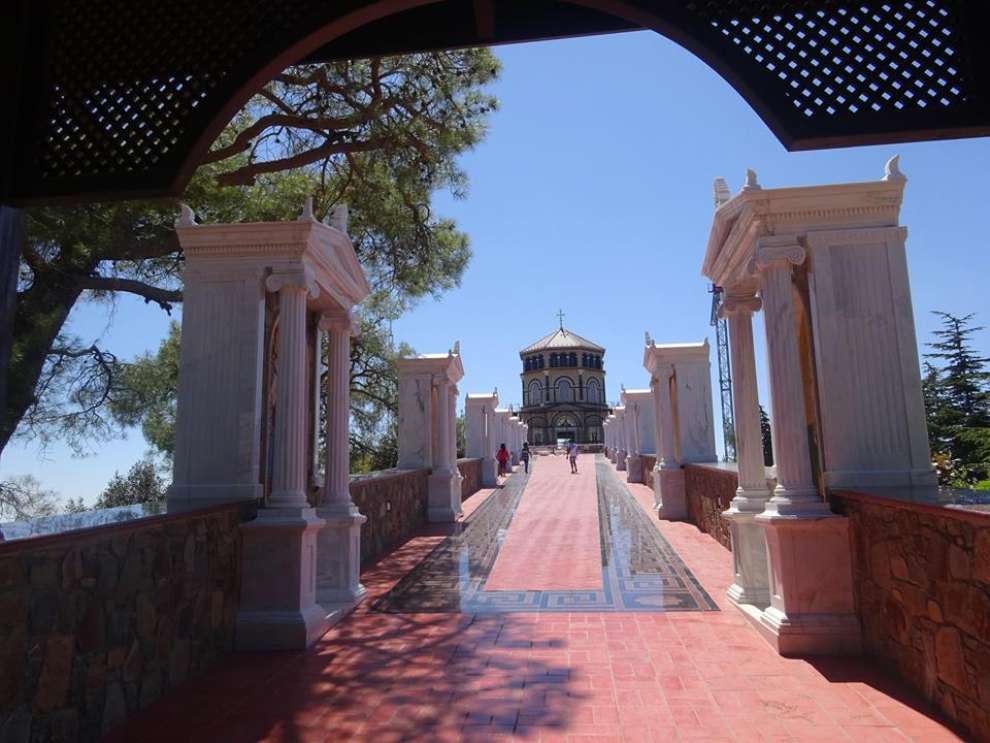 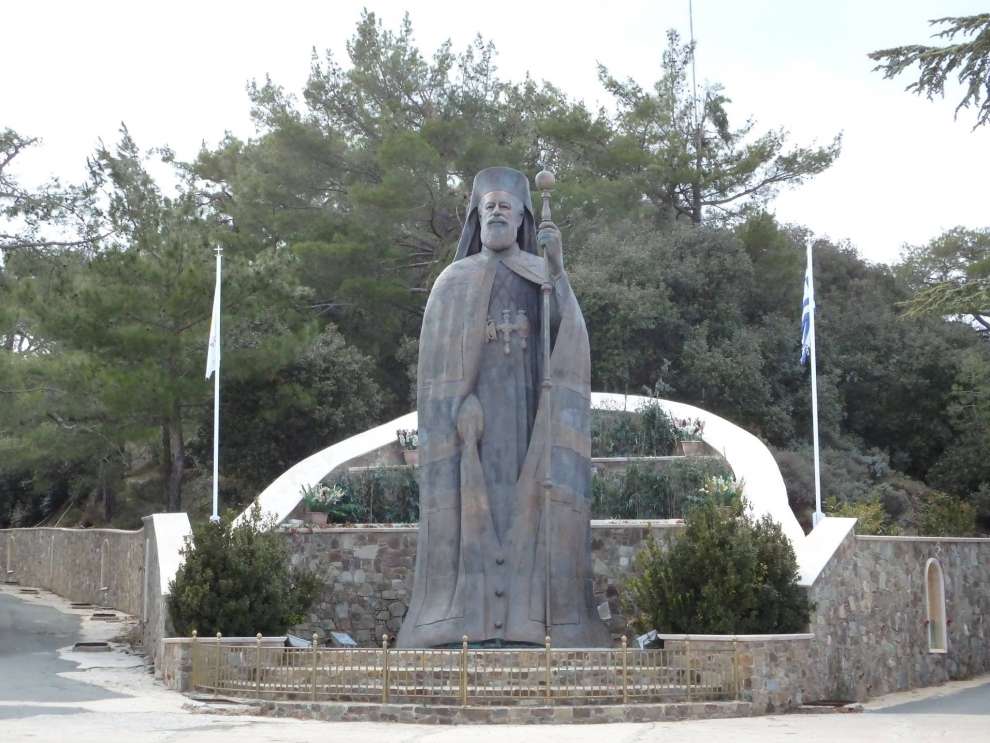 By the decision of the Metropolitan of Kykkos and Tillirias of Nikiforos, the premises of the Throne of the Virgin Mary, the tomb and the statue of Makarios were formed and unified with pedestrian streets, while a considerable number of mosaic compositions were placed along them. 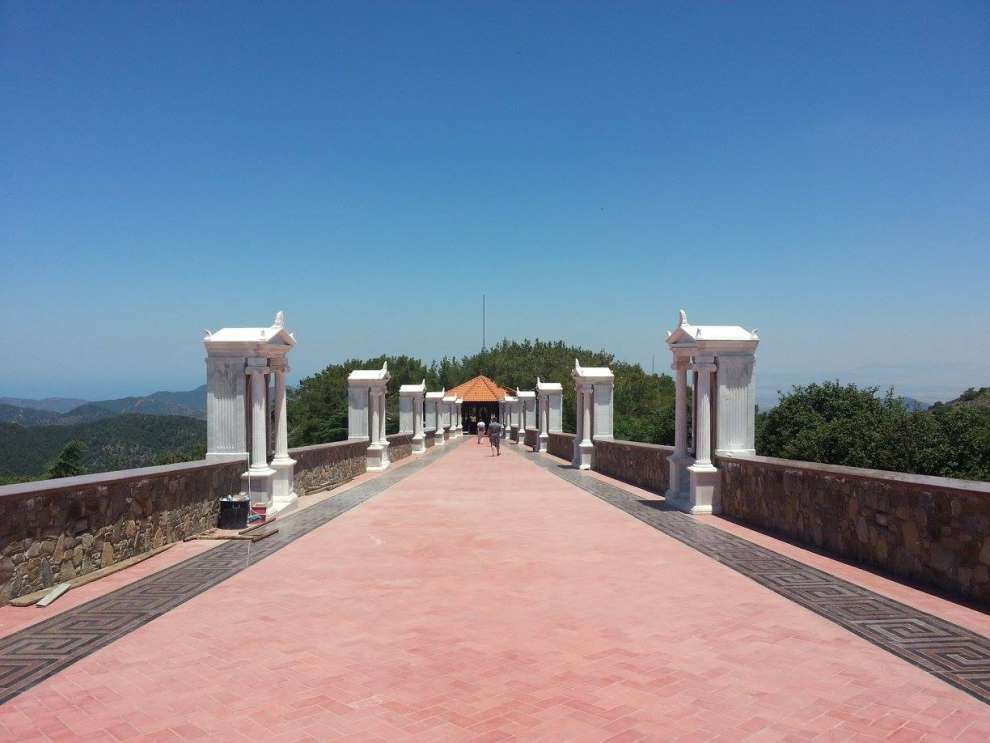 From 2011, a new temple was built at the top of the mountain to replace the older one that was demolished.