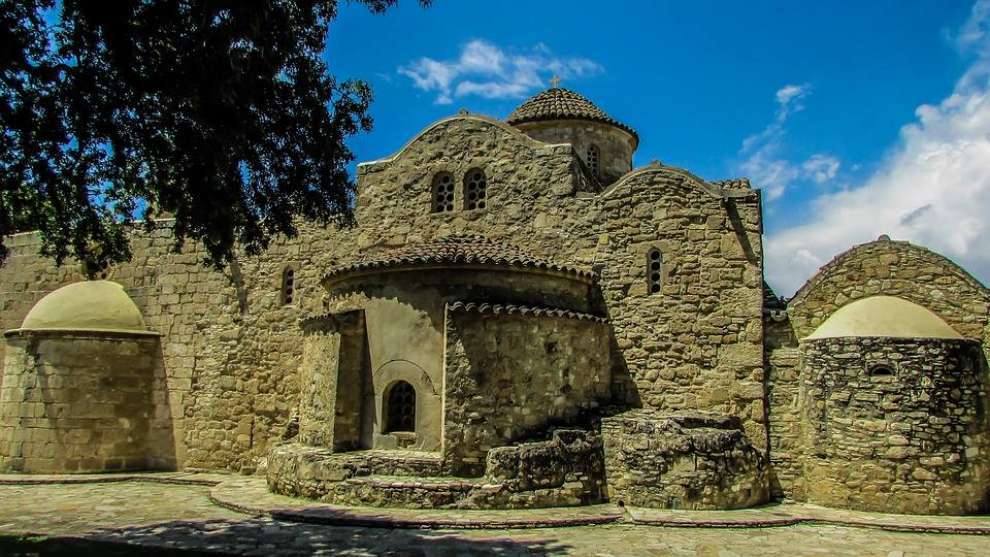 The temple of Panagia Aggeloktisti is located at the northwest end of Kiti village, 12 kilometers southwest of Larnaka and ancient Kition. It was built in the 11th century on the ruins of a Early Christian basilica of the 5th century.

The only church of Panagia Aggeloktisti is under the protection of UNESCO and several tourists, locals and foreigners visit it daily.

According to popular tradition, the inhabitants of ancient Kition moved to Kiti for more security due to the Arab raids and there they decided to build a temple in honor of the Panagia. When the building of the temple began, they found that during the night the temple foundations were moving to a different location. So the inhabitants carried the temple elsewhere and found that at night they were descending angelic armies and were building the temple. From this wonderful event, the church was named Aggeloktistis. 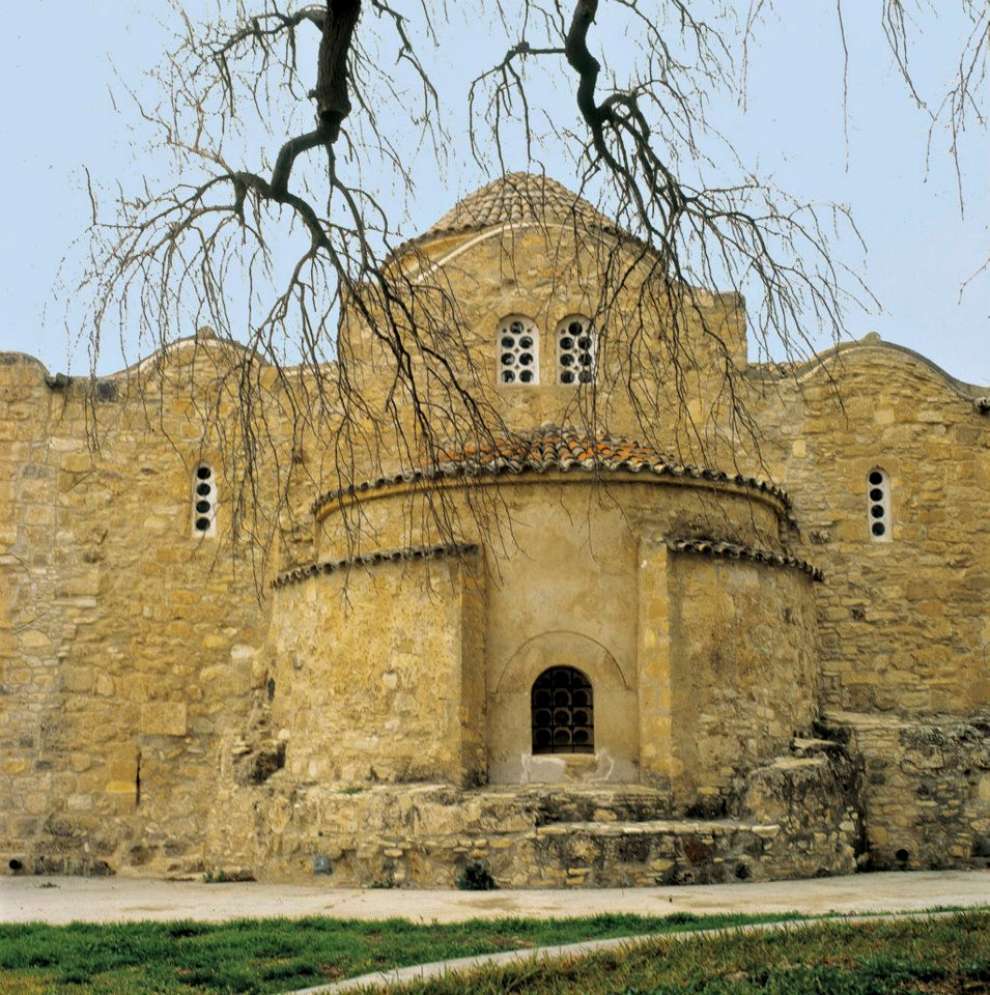 The architectural style of the present church belongs to the category of the inscribed cruciform dome. Its present form is due to additions and alterations that have taken place over time.

It is a 11th-century building, built on the ruins of a three-aisled wood-paneled paleochristian basilica. The original, on the ruins of which the church was built, was three-aisled. The aisles were divided by rectangular pillars, as shown by a survey in 1959. In the 5th century a basilica with a semi-circular synthron (a place where the bishop and the clergy sat, which is still preserved in the site of the holy Step, behind the Holy See). The eastern semicircle is also preserved with a plasterboard and the plaster relief decoration on the front of the arch, which was incorporated into today's existing temple. Such plaster decorations were also found in the basilicas of Marathobounos and Amathus. The probably wood-paneled early Christian temple, which must have suffered extensive destruction by fire, is an unmistakable witness to the village's existence ever since.

The first repair and rebuilding must have taken place in the 6th century. The conch of the sanctuary was initially uncut. After this repair, the important mosaic that decorates the apse squares with the Virgin Mary and the Archangels must also be constructed. The semi-cylindrical wall of the arch was decorated with frescoes that have been saved. 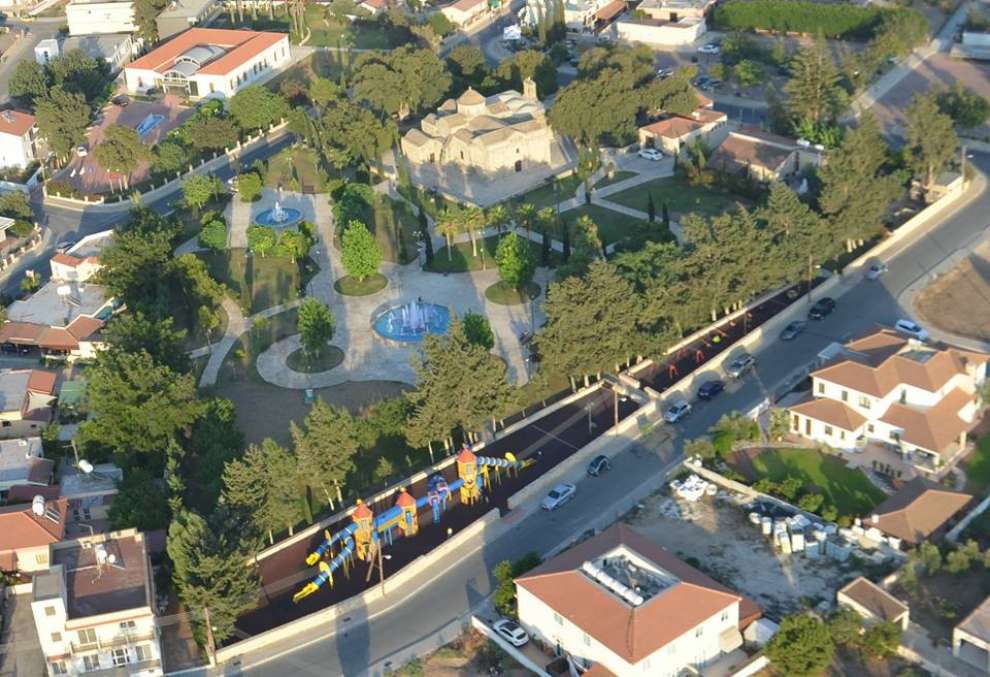 Inside, the church of Aggeloktitis is decorated with important frescoes of the 13th century, portable icons of various ages and the famous mosaic of Panagia Aggeloktisti, a rare mosaic of the 6th century that shows the Virgin and Christ among two archangels. It is worth noting that along with this mosaic, the original arch of the Temple survived. Only in Cyprus and Mount Sinai are mosaics of this period. Similar mosaics were from the Church of Kanakaria, which are currently exhibited at the Byzantine Museum in Nicosia. 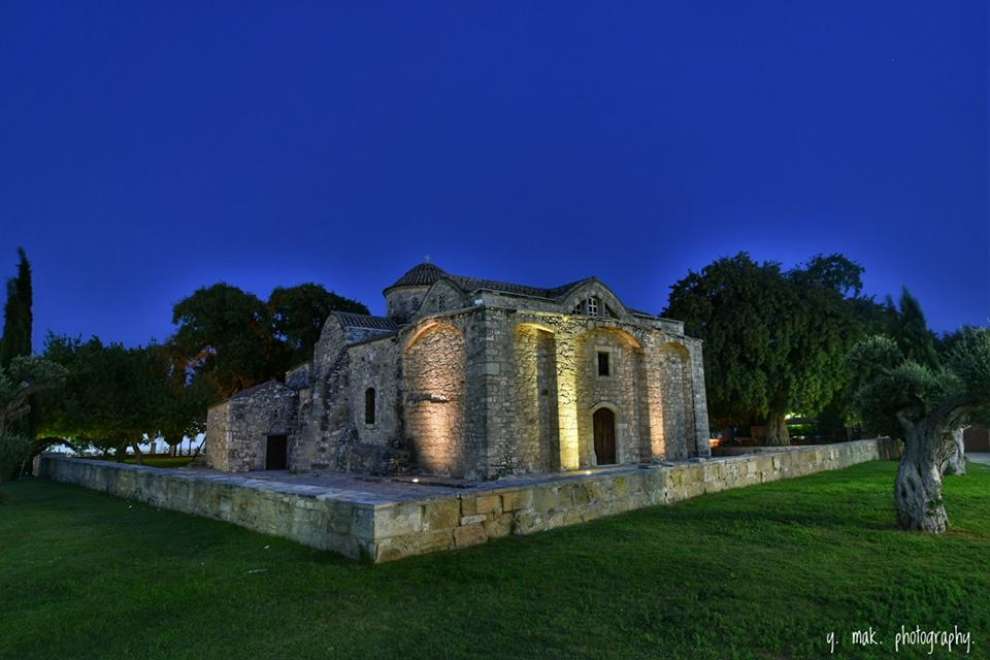 At the Panagia Angeloktisti Church every 15th of August there is an honorable feast where you can see Cypriot traditional dancers, shows, stalls with various products, food and activities for children.

In Kiti you will find the only church of Panagia A...