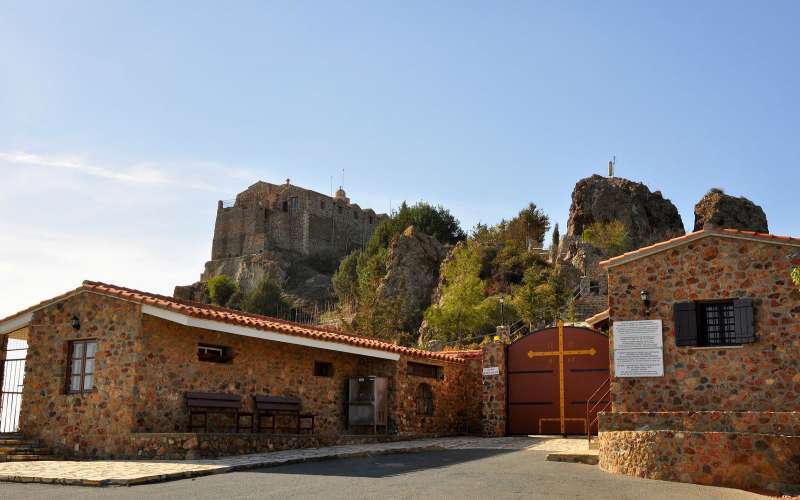 Stavrovouni is the first monastery in Cyprus

The Stavrovouni Monastery is situated on the top of a rocky hill at an altitude of 750 meters near the villages of Kornos, Pyrga and Klavithia in the Larnaka province. The location is slightly west of the middle of the triangle of the cities of Nicosia, Limassol and Larnaka. 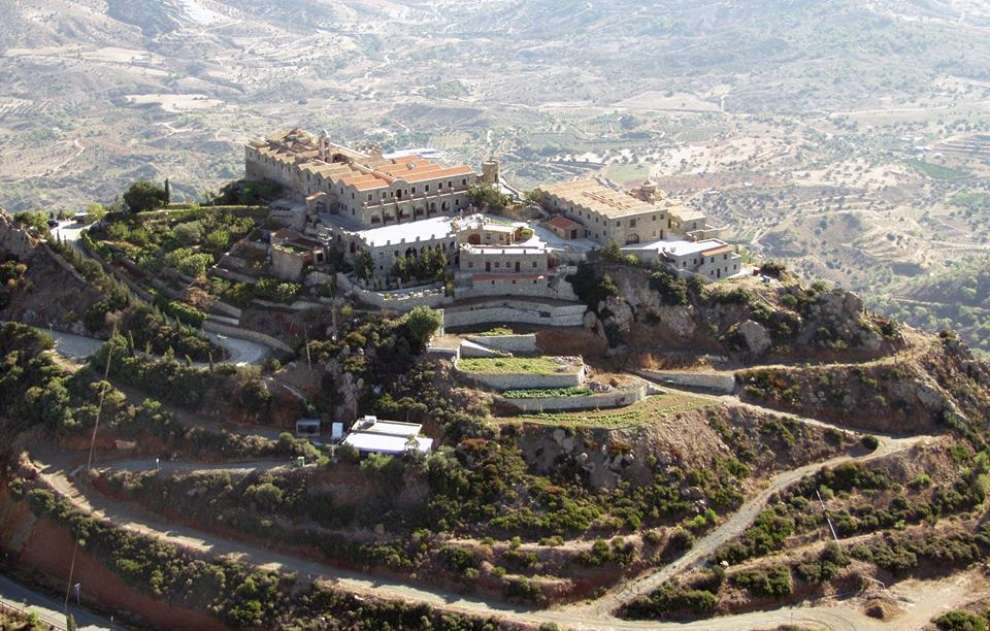 The Stavrovouni Monastery is the first monument to the monastery on the island and its foundation dates back to 327-328. The earliest relevant written report is found during the Byzantine period and proves that Stavrovouni was an important religious center from the 4th century. The relevant information can be found in the memoirs of a Russian traveler, Abbot Daniel, who lived in Cyprus in 1106. He has recorded that the Holy Cross was found in Mount Olympus with the aim of "removing evil spirits and curing any disease," and noted , "This cross is like a meteorite, it does not stand on the ground because the Holy Spirit holds it in the air. I, the unworthy man, kneel in front of this sacred, mysterious object and have seen with my own sinful eyes the innate sacred grace on this one where the place ". 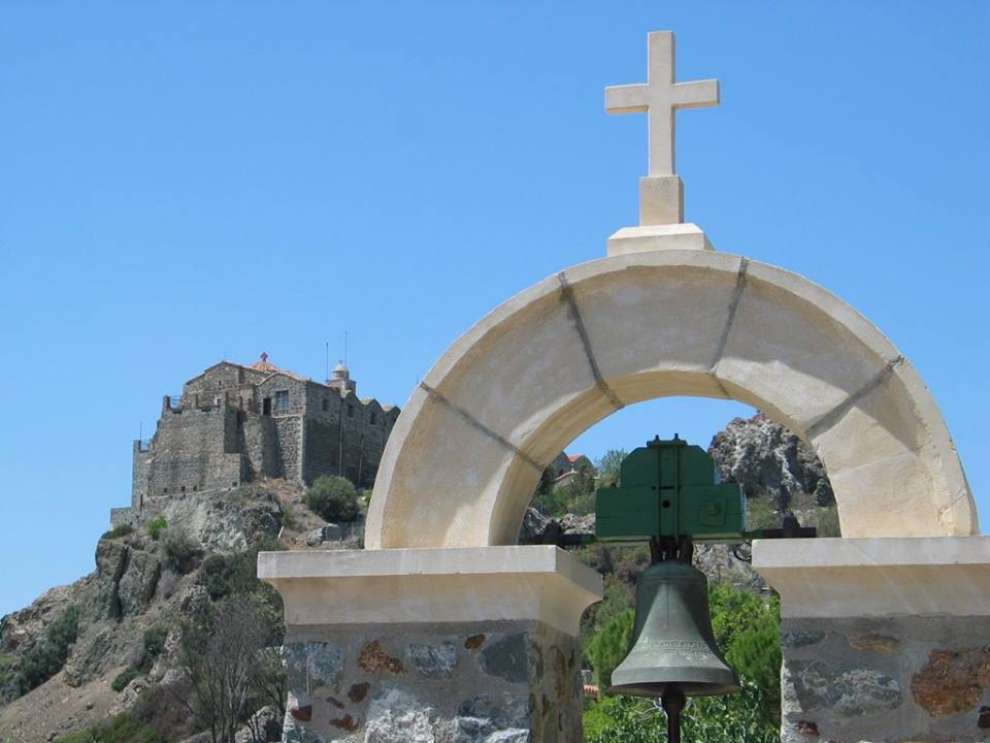 According to the tradition, Saint Helen the Isapostolus, mother of the Emperor of Constantine the Great, stopped in Cyprus and built a temple at the point where the Holy Cross was transferred in a miraculous way to the area where the Stavrovouni Monastery is today built. According to tradition, Saint Helen one morning when she woke up, she did not find the Holy Cross she had with her. When she saw a bright light on the top of a big hill, she approached and found the Holy Cross there. In honor of it she built a temple and left a piece and other heirlooms for the blessing of the island. After years at this point, Christian monks live there and they built cells around the original temple, thus forming a Monastery, which was named Holy Monastery of the Holy Cross. The original building complex in its largest part has been preserved to date (2018), preserved with various building additions. 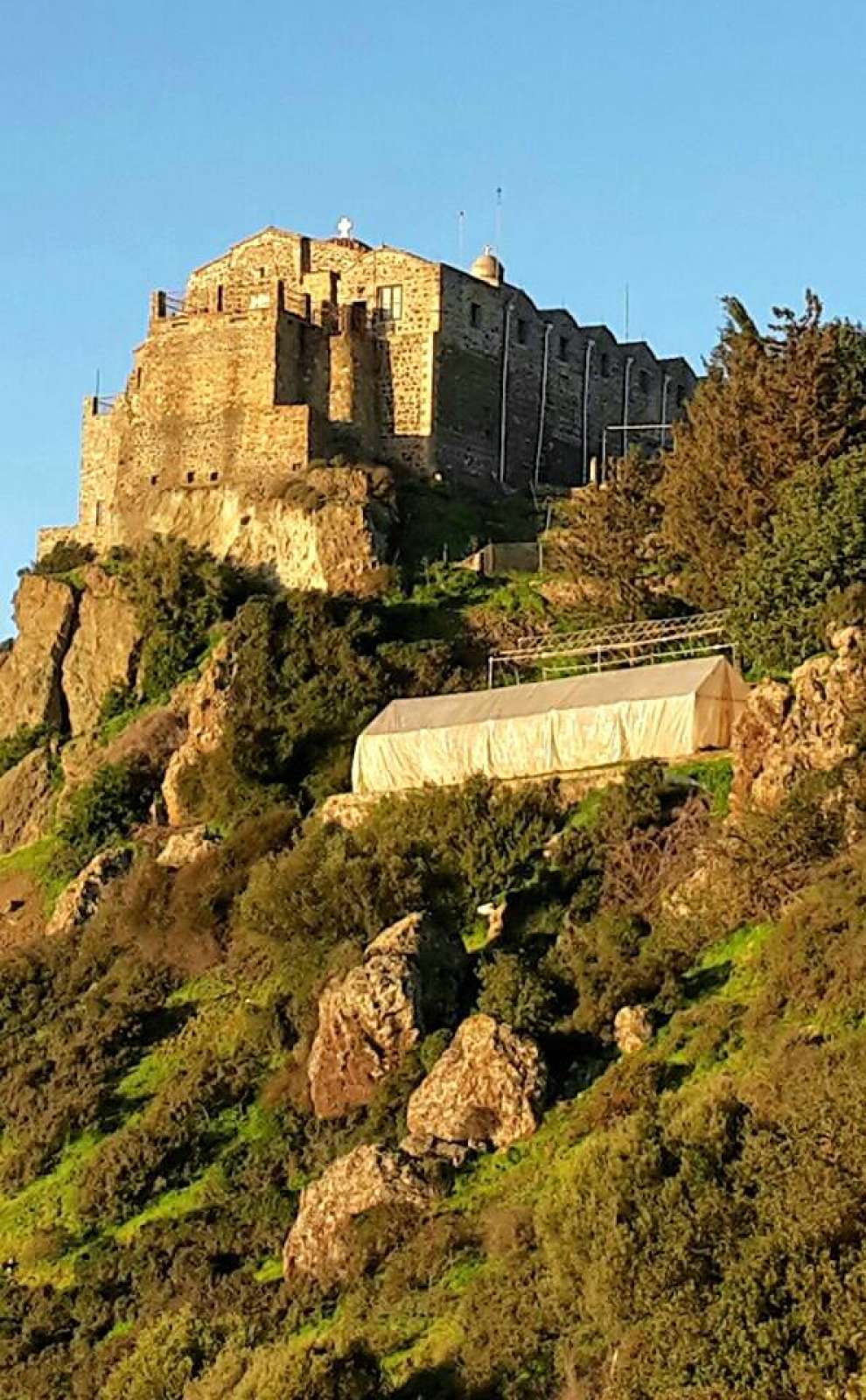 The main relic of the Stavrovouni Monastery is the fragment of the Holy Cross, which in the past years seems to hang over the earth and until today (2018) it is fragrant. The Monastery was formerly called "Theodoremmas of the Cross", by the fact that the Timber was suspended. In addition to this fragment of the honest Cross, St. Helen left half of the Cross of the Good Luther and a nail of Jesus Christ as a blessing at the Stavrovouni Monastery. Some traditions also say that Saint Helen left a piece from Aghios Kannavos.

The monastery also has an additional number of old documents, icons, hagiographies, amphitheatres, ecclesiastical utensils and other items that testify to its long history. Number of old pits, examples of western architecture and hagiography, make up the complex marble of the monastery's history.

In the Stavrovouni Monastery there are also the two chains that St. Panaretos used for exercise, who was Bishop of Pafos. 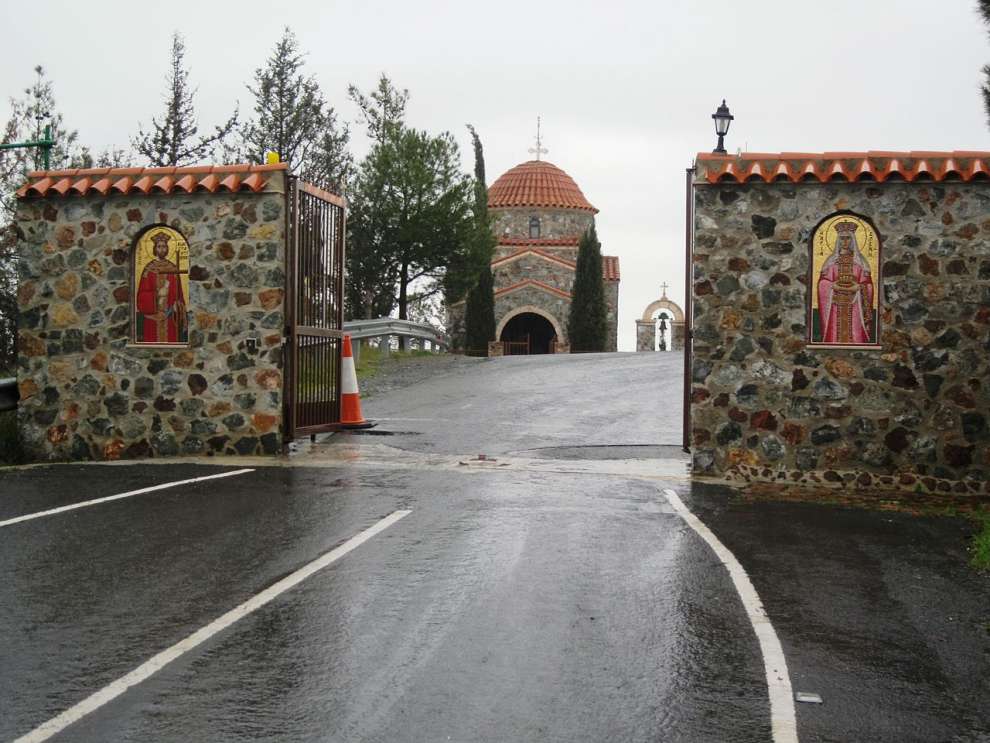 Today (2018) the Stavrovouni Monastery maintains the policy of no women allowed in the main temple at Stavovounion. This makes the Stavrovouni Monastery the only vacant place in Cyprus. The monastery follows the rule of the Great Kingdom that is being followed in Mount Athos. Also the Saint Barbara Metochio keeps the policy of no women allowed apart from Sunday's.

From the top of Stavrovouni, you can easily see the surrounding villages, Larnaka and very clearly the bay of the city. At the foot of the hill is the Metohi of Agia Varvara.

The Stavrovouni Monastery is a parish church and belongs to the Holy Metropolis of Kition. It is manned by Orthodox monks. The monastery has been a spiritual beacon for the island of Cyprus in the last century since the fraternity passed through historical forms that sanctified the place with their ascetic feast and their works. Contemporary form was Saint Neomartyus Filumouss the Cypriot who slept in 1979.

The last abbot of the monastery are the following: