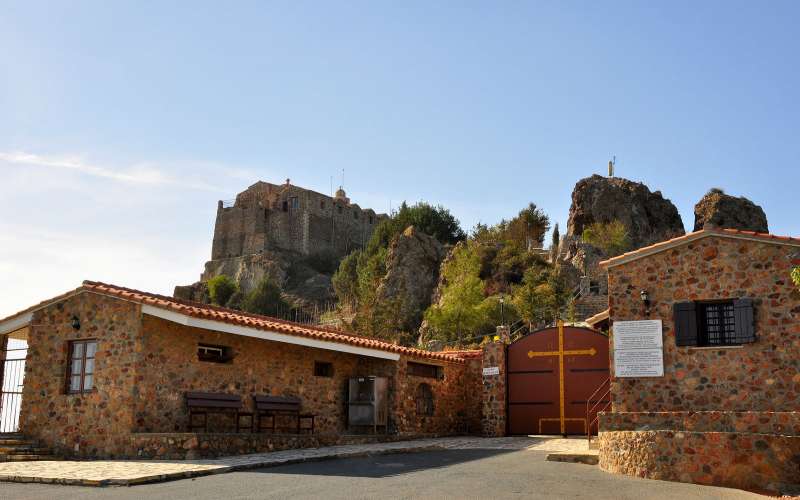 Monastery located on the top of a hill called Stavrovouni

Stavrovouni is the earliest documented monastery on the island. The oldest written reference dates from the Byzantine period, and it proves that Stavrovouni had been an important religious centre since the 4th century. The relevant information can be found in the memoirs of a Russian traveler, Abbot Daniel, who stayed on Cyprus in 1106.

He recorded that the Holy Cross was located on Mount Olympus (Stavrovouni ancient name) with the objective of "warding off evil spirits and curing any illness", and he noted, "This cross is like a meteorite, it is not supported in the ground, because the Holy Ghost holds it in the empty space. I, unworthy man, knelt down before this holy, mysterious object and have seen with my own, sinful eyes the inherent holy grace present in this place."

After its foundation, Stavrovouni was occupied by Orthodox monks living according to the rule of St. Basil.