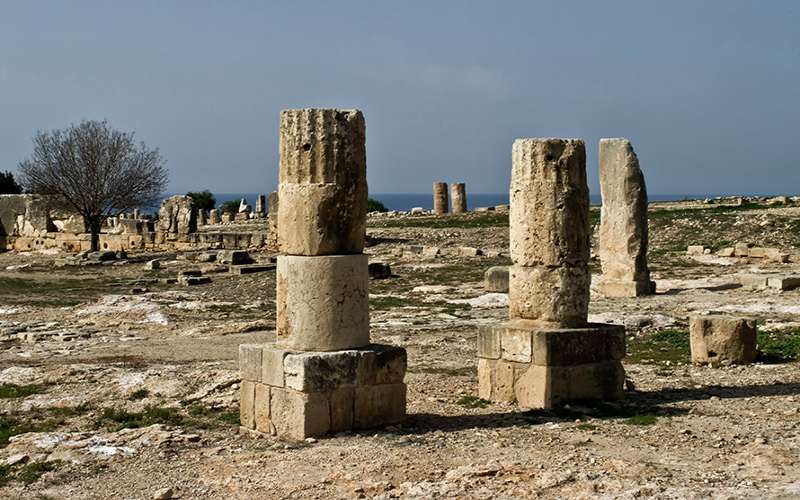 Aphrodite's Temple (The Sanctuary of Aphrodite)

One of the most important sanctuaries of Aphrodite throughout the ancient world. It is mentioned by Homer and other Greek and Latin authors. The surviving remains of the sanctuary form two groups of buildings: in the south was the first shrine of Aphrodite, Sanctuary I, built in the Late Bronze Age. It consists of an open court (temenos), surrounded by a monumental wall comprised of enormous limestone blocks. Its western side and part of its south side are preserved along with a hall, which housed a conical baetyl in its centre symbolising the power of the Great Goddess. The baetyl also adorned the Roman shrine, Sanctuary II, which was erected in the north at the end of the 1st or the beginning of the 2nd century A.D. The new Roman buildings enclose a spacious open court at the south, east and north.

Owners of the Green Hill tavern