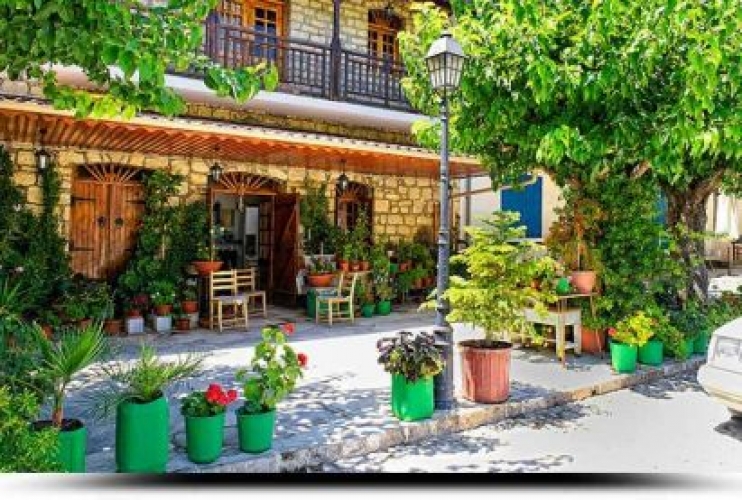 It is a treasure trove of History

Omodos is located about 42 kilometres north-west of the city of Limassol, in the geographical region of the wine-making villages. The village receives an annual average rainfall of about 760 millimetres; vines and various fruit-trees (apple, plum, pear, peach, and apricot trees) are cultivated in the region. There also are uncultivated areas that are taken over by varied natural vegetation. A small part of the village -in its north part -is taken up by the state forest of Pafos.

The village was quite probably created at the end of the Byzantine era or the beginnings of the Frank Domination era, after the Pano and Kato (Upper and Lower) Koupetra settlements, found in the east bank of the Cha-potami river, were dissolved.

The inhabitants of Omodos, apart from growing vines and producing excellent wine and "zivania" (traditional alcoholic beverage), also handle the making of "soutzoukos" (must-stick with almonds), "palouze" (must jelly), "kkiofterka" (dried must jelly in rhomboid pieces), and "koulourka" (rusks). The "arkatena koulourka" (crunchy rusks with yeast) of Omodos are also well known and sought after throughout Cyprus. Also, genuine and of excellent taste sweets are made out of local fruits.

Home handicraft flourishes in Omodos. The village's women, apart from the plentiful and hard work that they offer next to their husbands for the cultivation of the earth, are also occupied with handmade embroideries, making wonderful brocades, tablecloths, threaded quilts, and narrow-knit and Chantilly laces.

The French president of the world-wide association of tourism journalists and travelling writers said that there were two places in the entire world that made a strong impression on him, the "Machu Picchu" of the Inca tribe in Peru of Latin America and the village Omodos of Cyprus.

Omodos is -perhaps- one of the few villages that keeps unadulterated its old beauty and its absolutely Cypriot character.