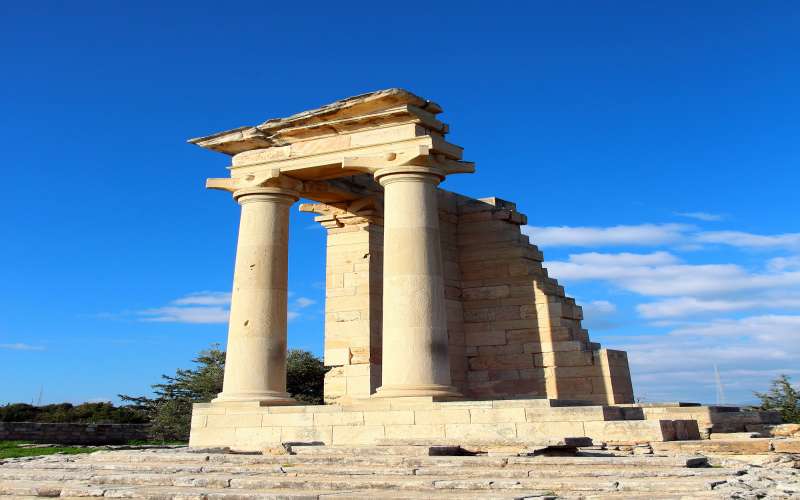 The Sanctuary of Apollo Hylates

One of the most important sanctuaries of ancient Cyprus

The sanctuary is located about 2,5 kilometres west of the ancient town of Kourion. It was one of the main religious centres of ancient Cyprus, where Apollo was worshipped as god of the woodlands. It seems that the worship of Apollo on this site began as early as the 8th century B.C. and continued until the 4th century A.D. The majority of the monuments as they can be seen today belong to the site's 1st century AD restorations. A wall from which one could enter the site via the Kourion Gate and the Pafos Gate surrounds the sanctuary. Originally the site consisted of a temple, traces of which survive in the foundations of the present temple, a circular monument which was probably destined for processions or dances around a grove of sacred trees and a formalized Archaic Altar and Precinct.

During the Roman period the site may have been used for the display of votives or the accommodation of visitors. Terracotta figurines and pottery that were accumulated in the Temple from the 5th century B.C. to the Roman period were buried in the Votive Pit.

Along the external east side of the walls are the Palaestra, where athletes once exercised and played games as well as the Baths. Both baths and the palestra are located outside the main temple.