Why did people leave?

Ah! Now I understood. A signpost suggested that I turn right for Farmakas. “14 kilometres,” it said. We had been visiting the abandoned village of Fikardou. “ Why did people leave the village?”I had asked the lady at the museum of the village. “It  happened over a period of time in the early part of the 20th century. The roads were very bad then and the village was very difficult to reach. The youngsters gradually left for the towns.”
A few metres after our turning, the road turned into a dirt-track and then it got worse. I drove a little faster than I might normally have done on that stony mountainous road, because I was anxious to reach a proper road before nightfall. Our joy at reaching some asphalt was short-lived. We thought we were going to have to lift huge rocks, one by one, from the road, but there was just enough space to squeeze through. Yes I understood how the Fikardou villagers found their village too inaccessible for habitation.
A few months back I had been explaining to my artist friend, Gilson, how I was taking Belgian friends on a tour of the Troodos mountains. “Can you take me on such a trip?” he had asked.

That’s how the evening before we came to be eating the best Moussaka I know in Cyprus at the Seven Hills restaurant in the village of Agros. We got talking to a Cypriot couple there who waxed lyrical about an abandoned village they had discovered. We decided that this village of Fikardou had to be next on our sightseeing agenda.
The genitive ending “ou” is unusual for a village name. Perhaps in medieval times, it belonged to an aristocrat called Fikardos and became known as the village “ of Fikardos”. In 1978 the Department of Antiquities declared the whole village to be a  “historic monument” and “controlled area”. In collaboration with owners the department has engaged in substantial restoration. 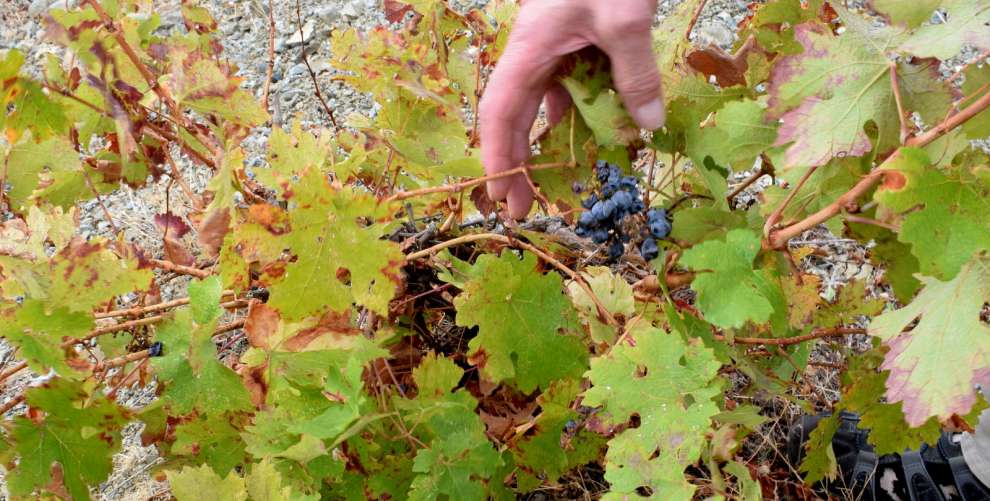 We set off the next day, taking the scenic route via windy, dusty, roads in the middle of nowhere. Wild vines strayed onto layby viewpoints from where one could gaze at different shades of tree and brush interweeving with chalky rock. The handful of tiny grapes that sprouted from these totally organic, midget vines were incredibly sweet and delicious. We turned left onto the narrow road to Alona. “Alona? To get to Fikardou?” Well I said we took the scenic route. Here field after field of vines painted the slopes in Autumn colours. Again straggler vines in the ditches and on roadsides yielded the sweetest-tasting grapes imagineable. 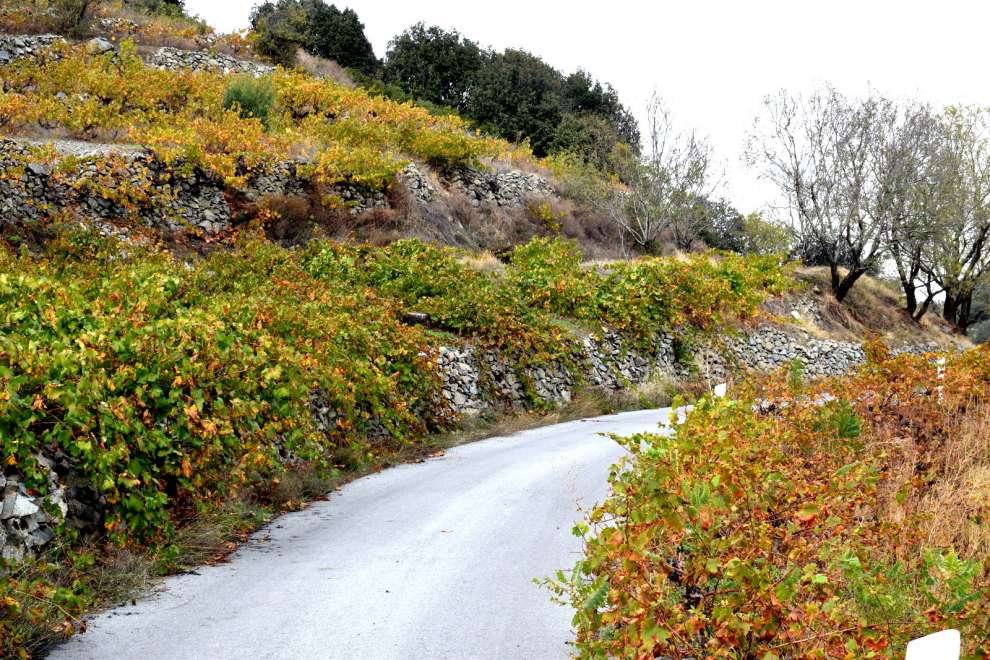 We eventually “reached our destination” as GPS systems like to phrase it. The “kafenio” had to be our first port of call for some coffee after our drive. The village was not completely deserted. There was a taverna, a post office, a general store, a museum and perhaps a handful or so of permanent residents.
Here was a community that lived in self-sufficiency. Statistical records show that there were 64 inhabitants living here in 1881, 122 in 1931. Then the population declined till there were barely 13 inhabitants by 1982, Now many of the house-owners live in neighbouring villages, but come back periodically to tend to their olive trees and other crops.
Fields here are still cultivated with an old wooden plough; grain is cut down with sickles and threshing is still carried out with a threshing board on the stone-paved threshing floor. Broad beans, almonds, figs, olives and grapes are mainly grown. “Sicopites” or fig cakes are made from the figs. From the grapes are made not just wine and zivania, but also the traditional Cyprus delicacy of Soutzoukos. 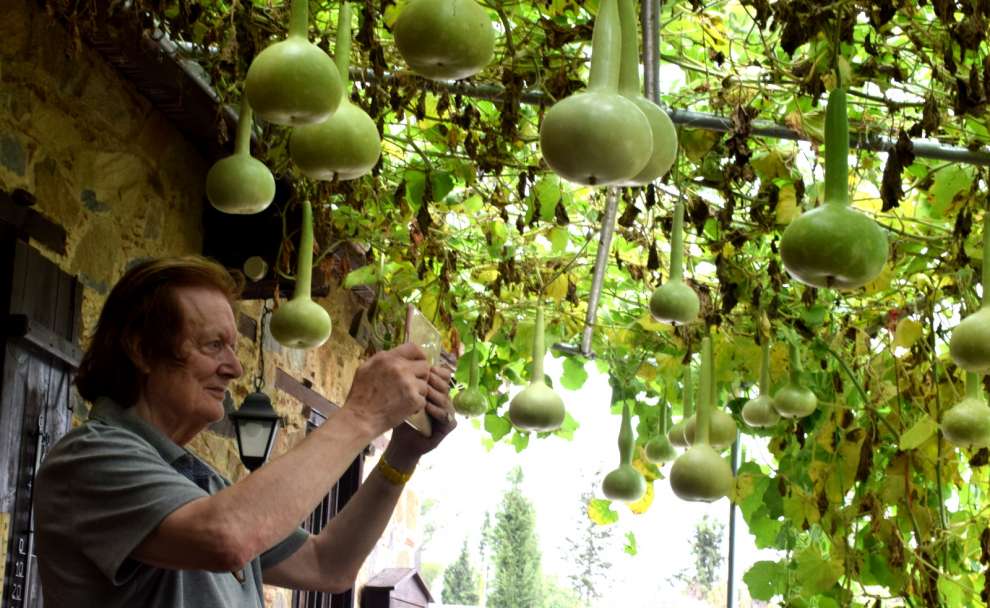 After our journey through the scenic route, a cup of coffee was a bit of a priority. First stop was the café/taverna. Gourds hung down from a trellace pergola rather surrealistically, like little creatures from outer space. Once refreshed, we set off to explore the village and take photographs.
It is not easy to make a living off the land like this and quite a number of country villages in Cyprus have been deserted as a result. Urban living provides greater riches, but does lack some of the charm of rural living. Not surprisingly many people today, both locals and foreigners are buying second properties in the area to get close to nature again. 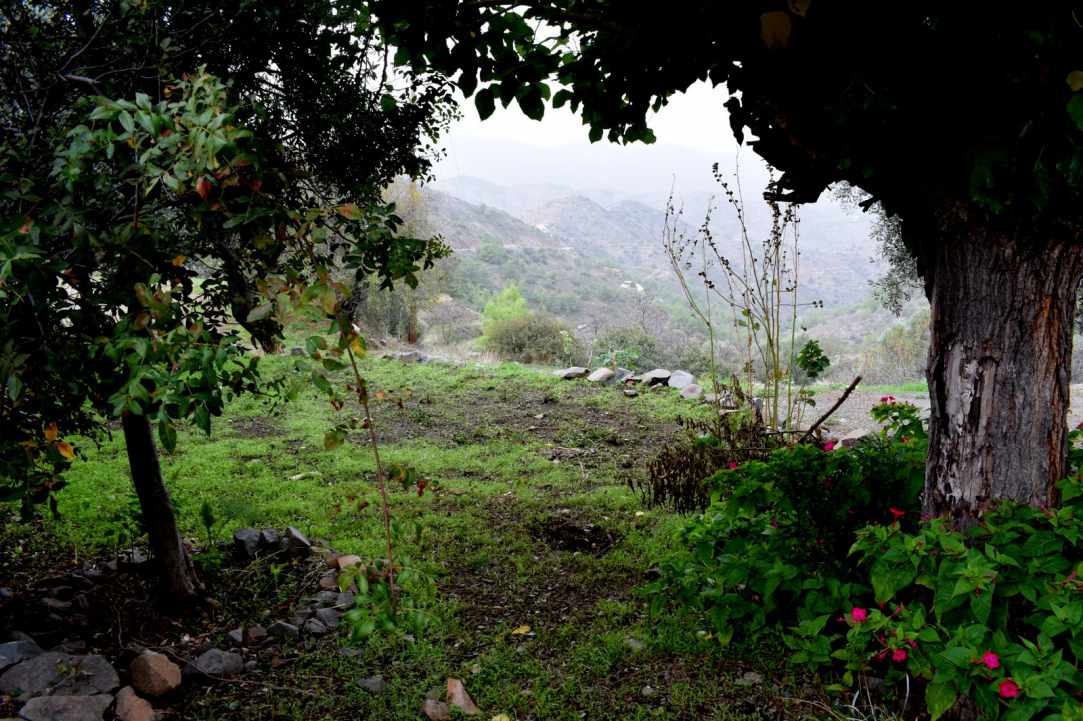 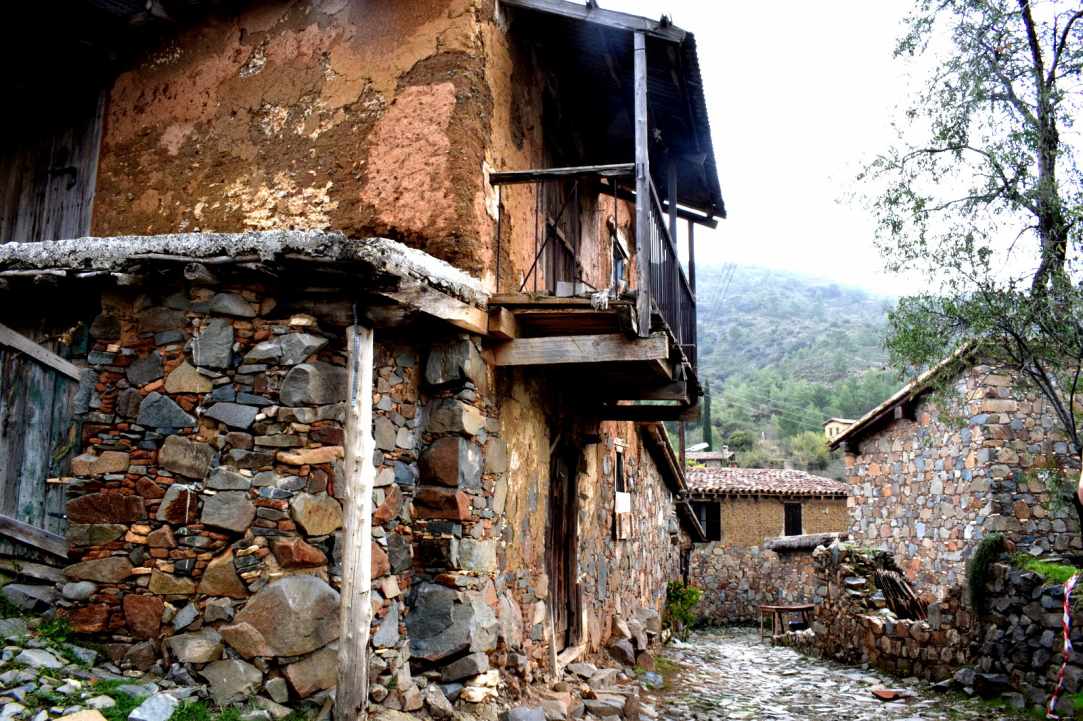 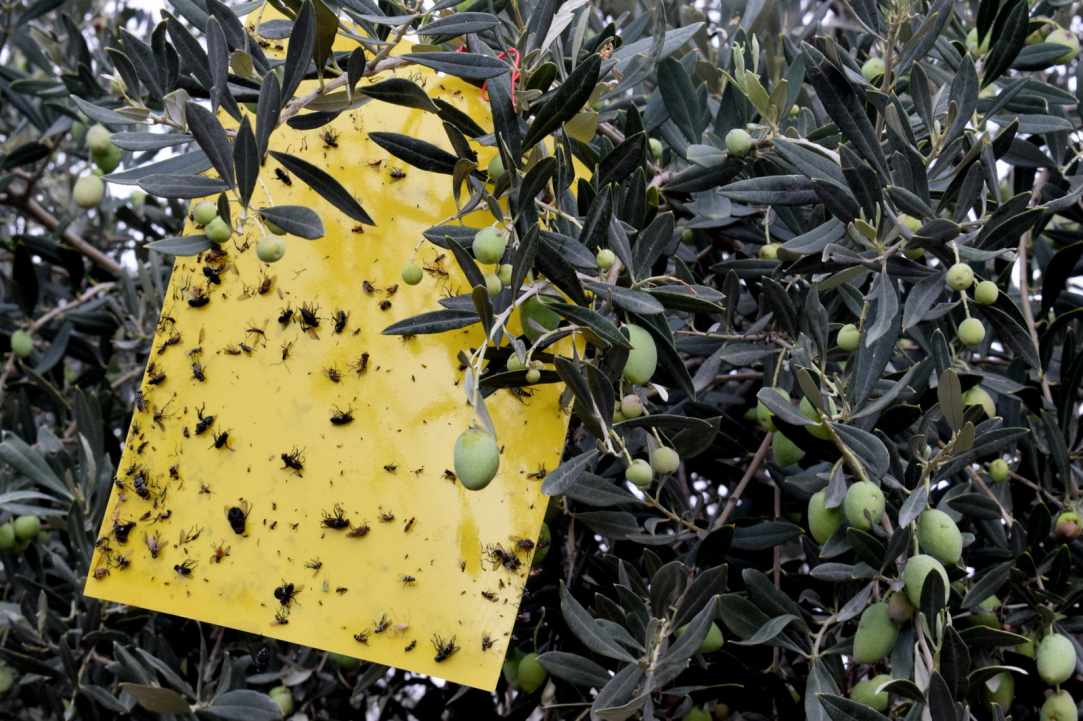 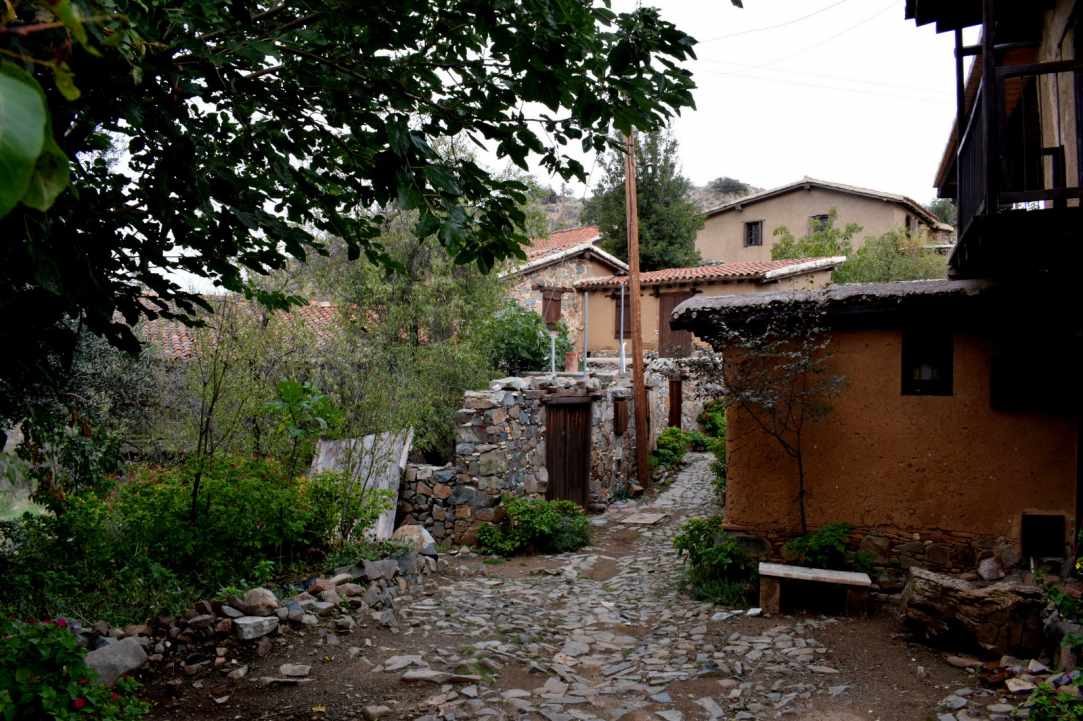 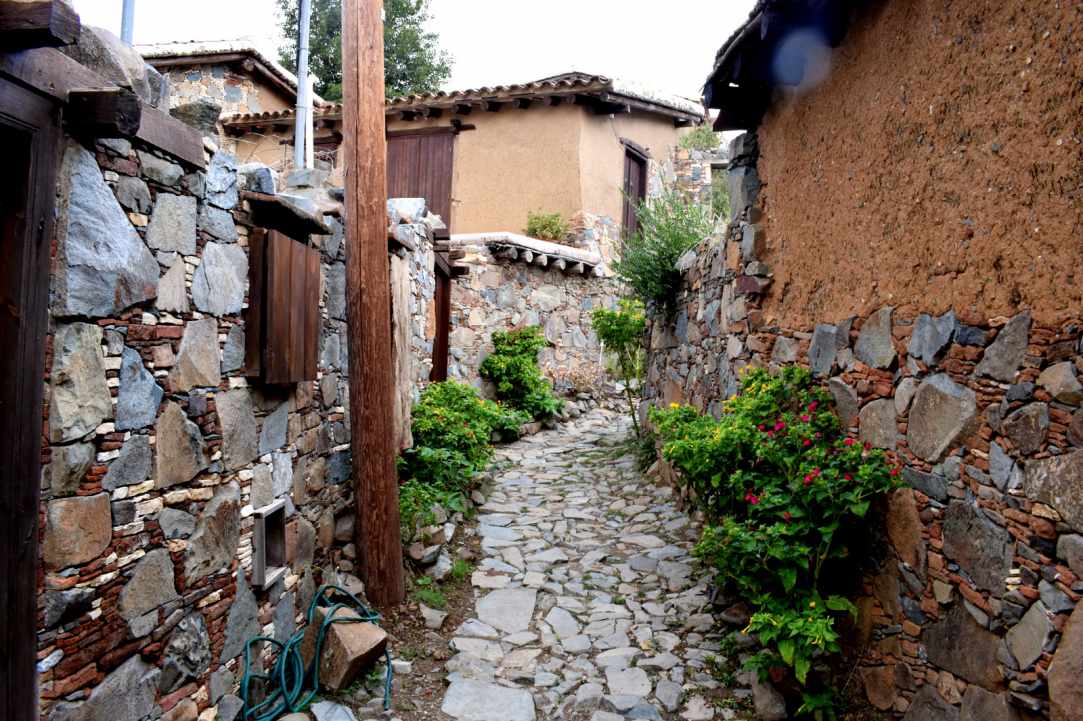 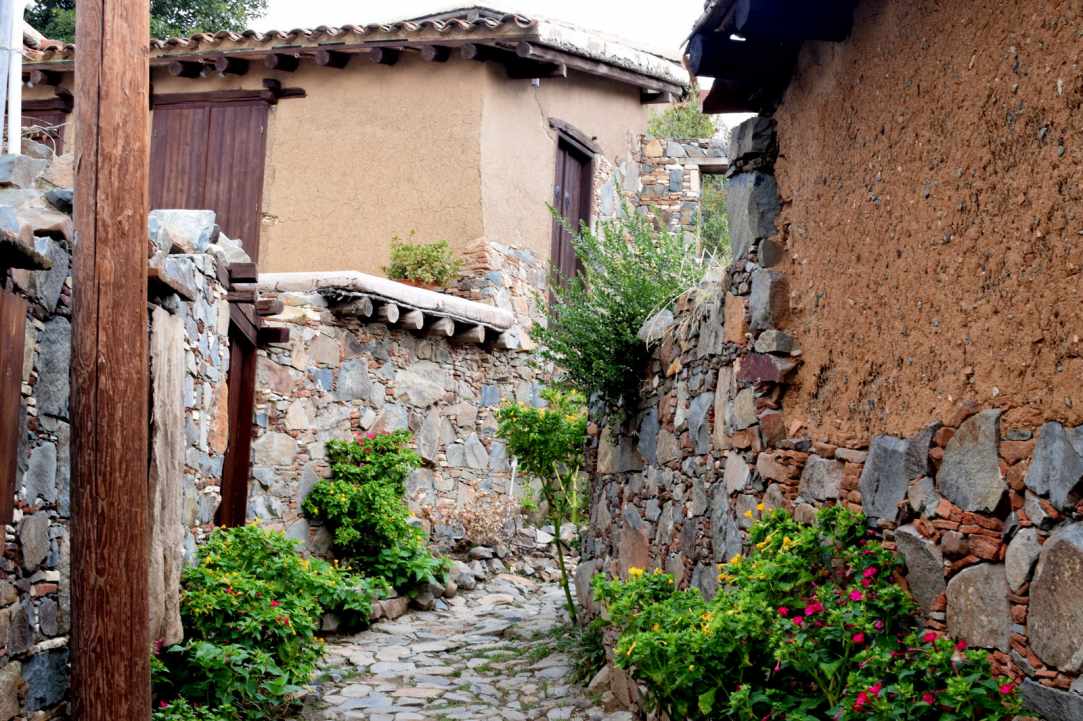 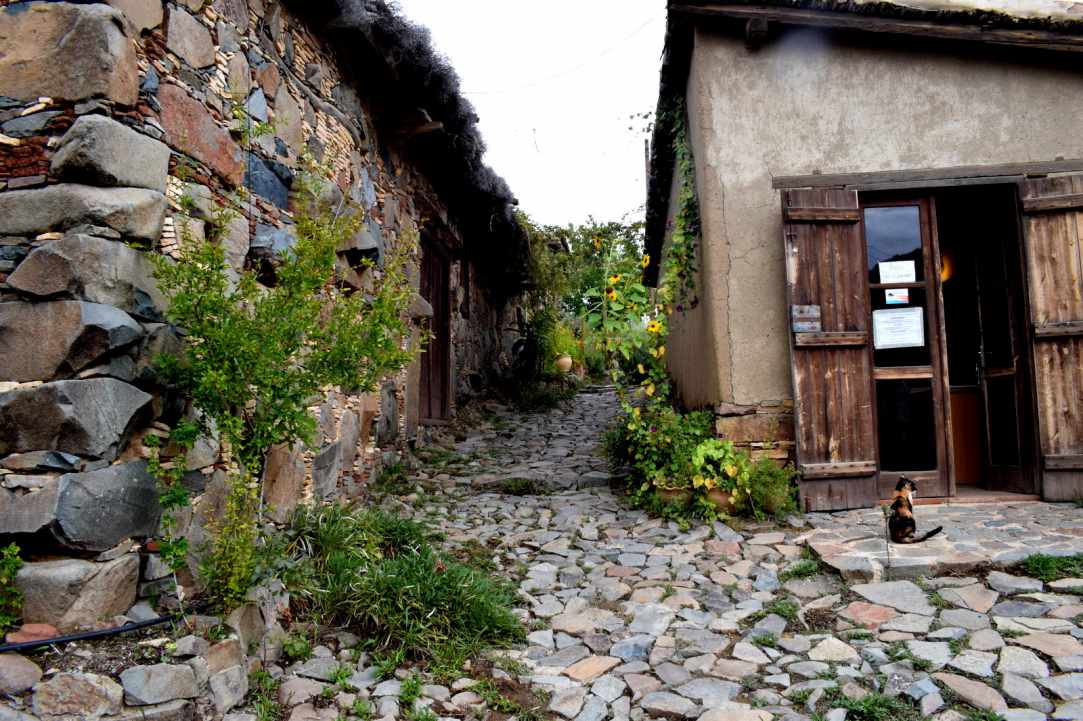 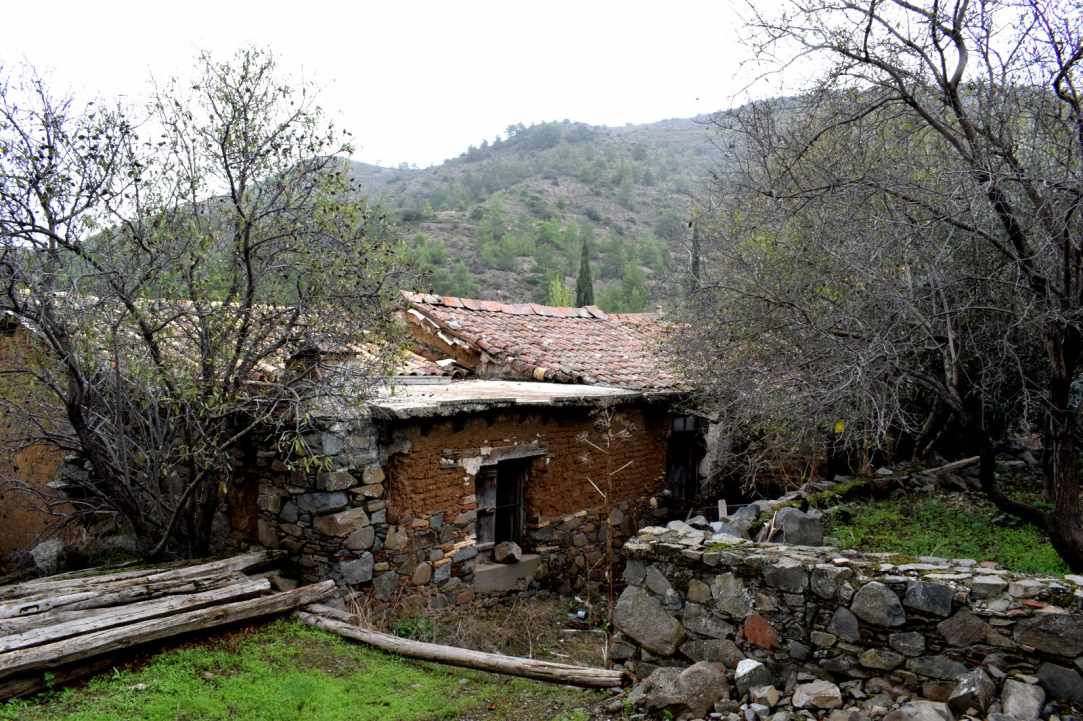 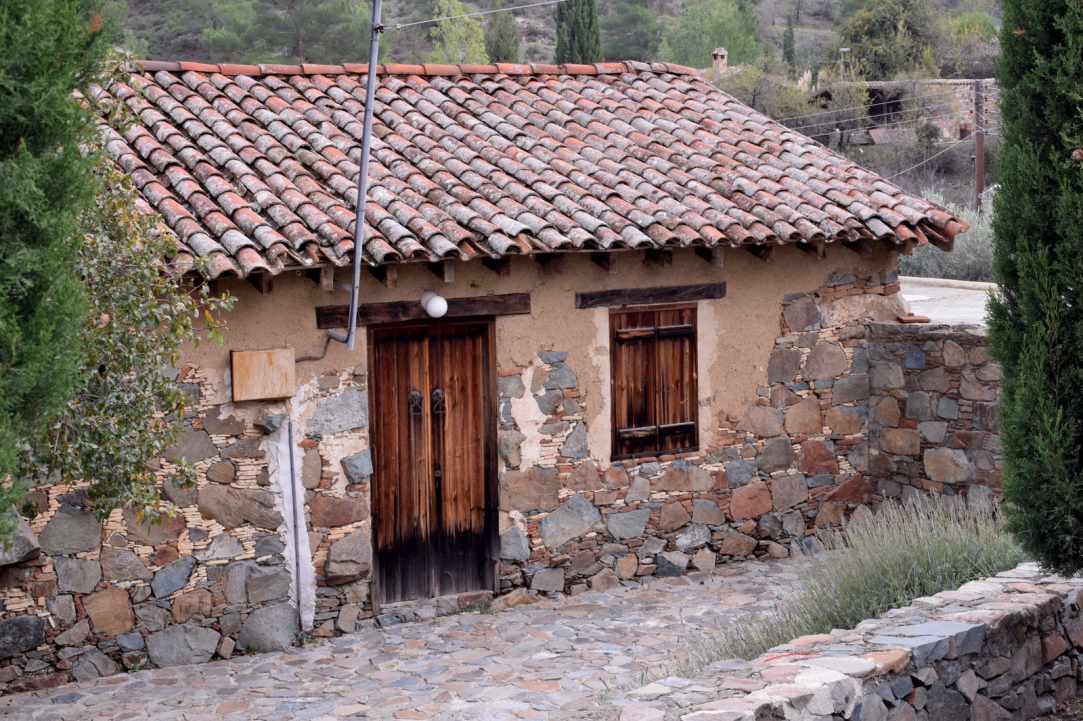 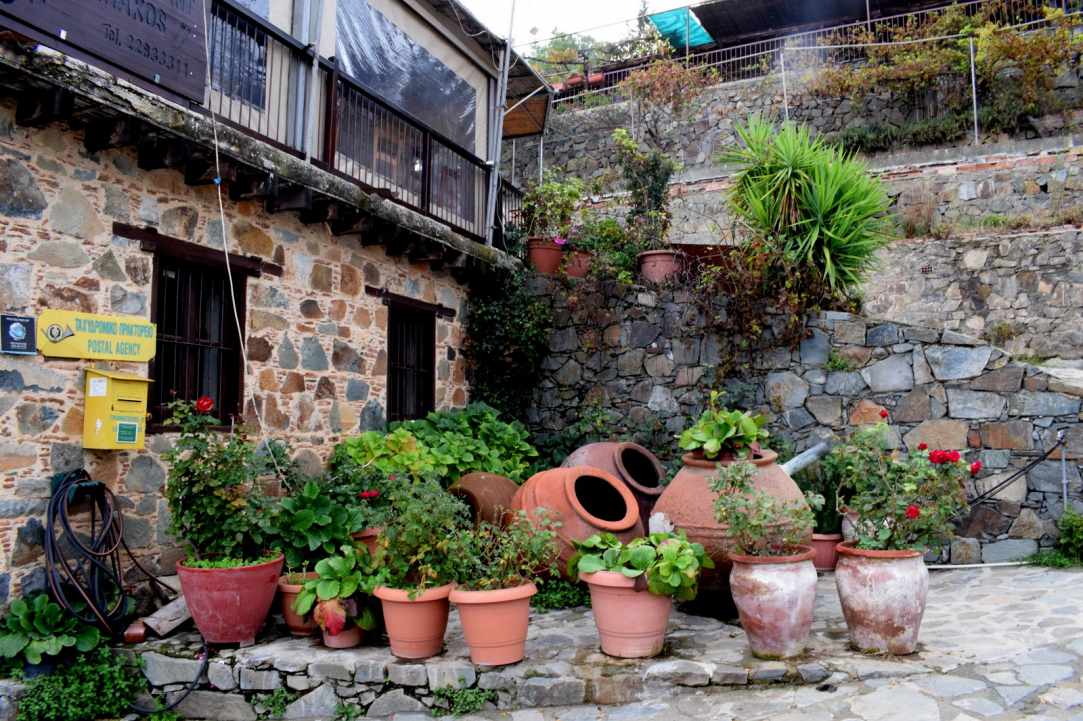 5+1 Artistic Things to Do While You #stayhome