Explore the beach and the Finikoudes coastal road

Larnaka's most popular coastal road, Finikoudes is 600 meters long, planted with palm trees along its length, combining beach, entertainment and culture. Finikoudes is the coastal pedestrian street and the beach that is alongside Athens Avenue and owes its name to the palm trees on both sides of the road.

It is the heart of Larnaka's tourist life and especially during the summer it vibrates for almost the whole day and night. 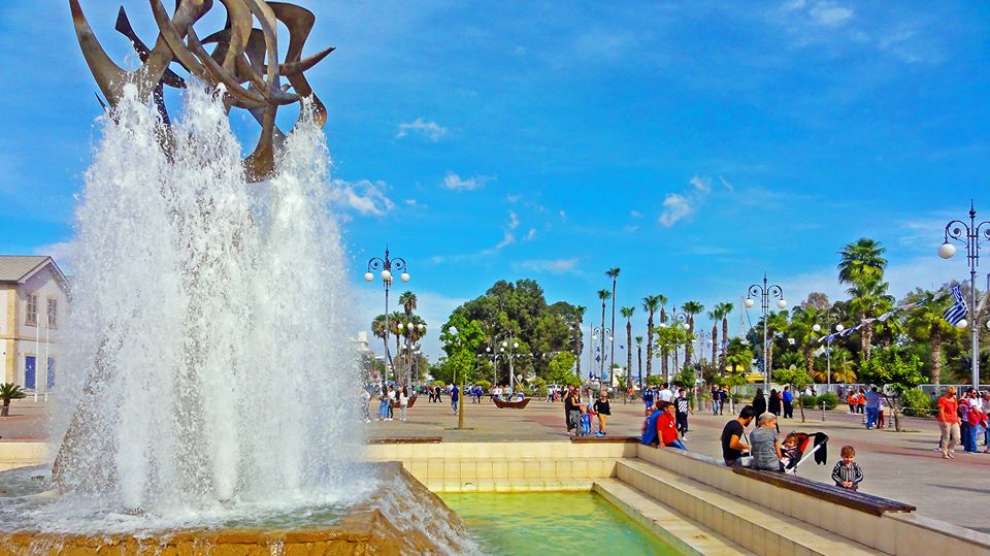 The cafes, bars, restaurants, kiosks, hotels, entertainment centers are located all over Phinikoudes beach front, while in the back parallel road there is Larnaka's shopping center. At the beach of Finikoudes the facilities include sea beds and umbrellas, lavatories, showers and locker rooms, garbage and recycling bins, benches and green spaces.

The beach at Finikoudes has calm and shallow waters and is suitable for swimming, water sports, fishing, for small organized cruises as well as for diving. Its sand is fine, in various shades of beige and coffee. There are lifeguards with lifeguard equipment and first aid services from June until October from 10:30-18:00. The beach also provides access to people with disabilities and has a special chair in the lifeguard unit to help people with disabilities get in and out of the sea without the help of lifeguards. Finikoudes beach is awarded with a blue flag. 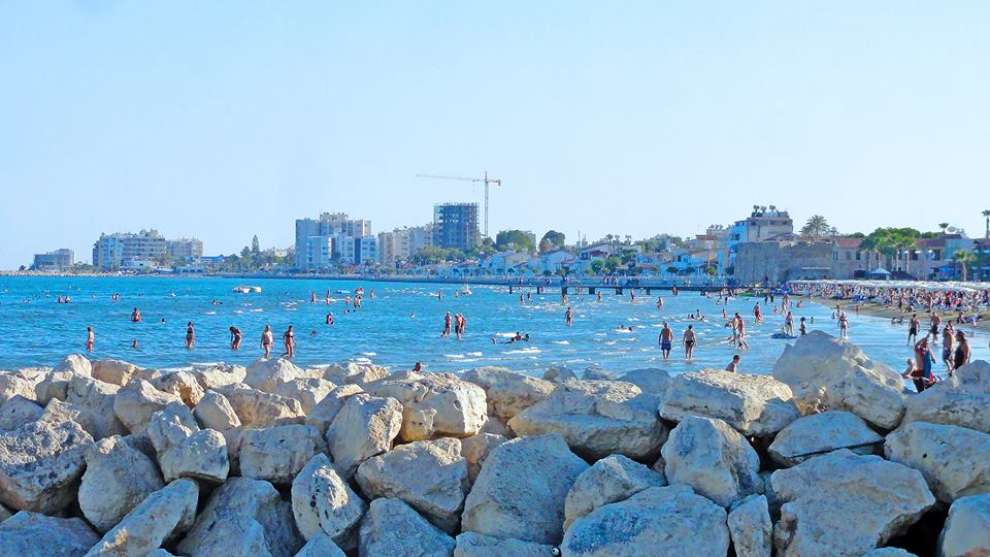 Access to the beach front is easy either by foot, bicycle, bus or car. Several public and private parking spaces are also available in the area. There are also many entries to the coastal front with sidewalks and pedestrian walkways leading to the beach and the various leisure centers.

At the end of Finikoudes, there is the Marina with its pier and the fishing harbor, while at the other end, the Medieval Castle of Larnaka, which connects Finikoudes with the Tassos Mitsopoulos Avenue (formerly known as Piale Pasha), is now an extension of the magnificent pedestrian area of ​​the Finikoudes.
Just before the medieval castle, near the site where the new dock was created, there is the statue of the lion dedicated to the twinning of Larnaka with Venice. 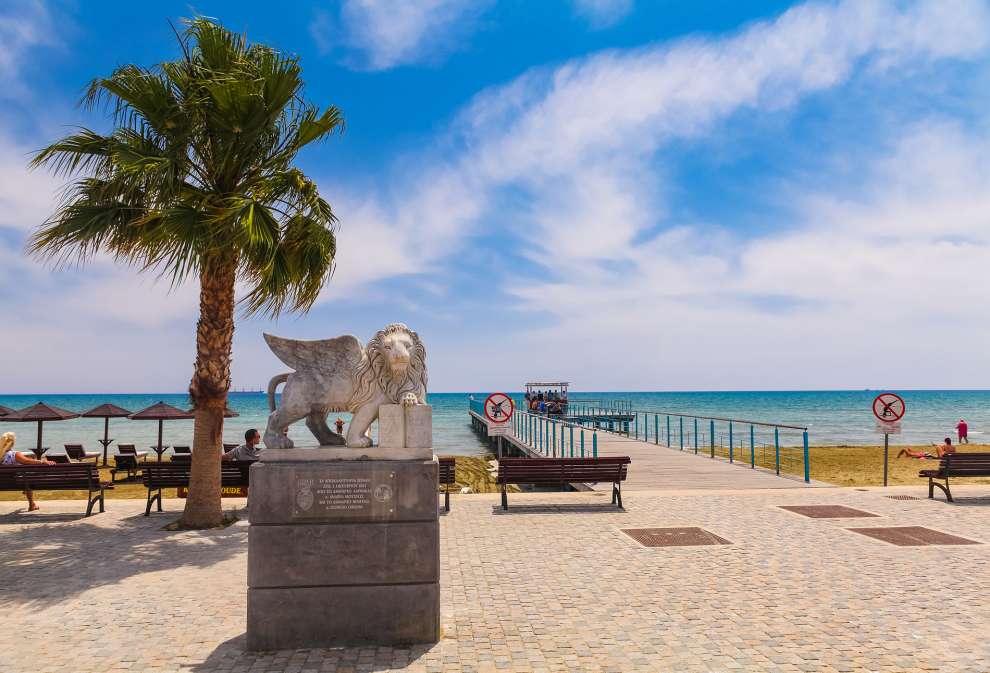 At the height of the Town Hall Square on the coastal front is the bust statue of Kimonas of Athenian with the quotation "Kai nekros enika" (victorious even in death). 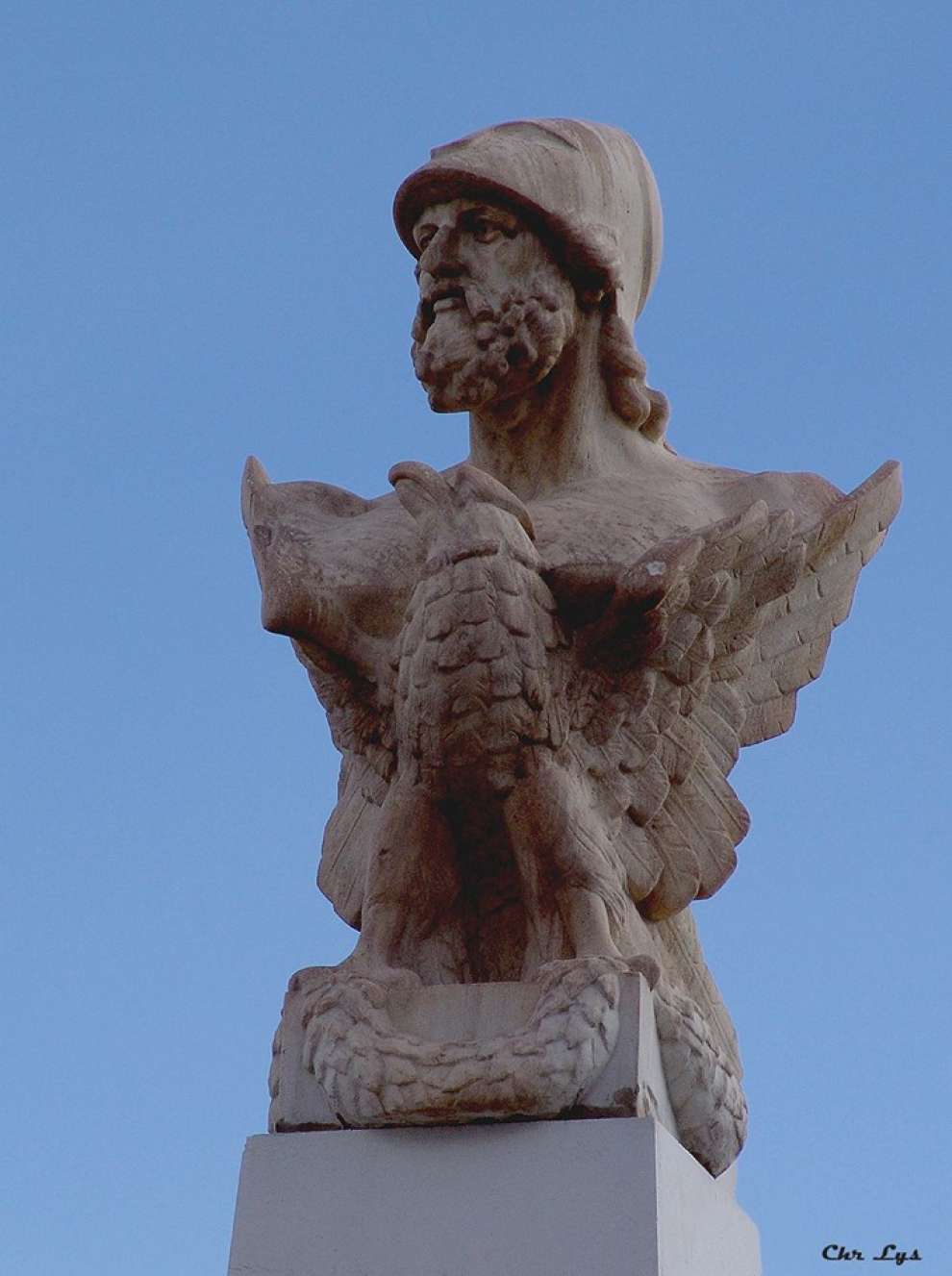 In Finikoudes there is also the European square that took its name from United Europe. Europe's Square includes some of the most remarkable architectural examples of the British Empire of 1881. The colonial buildings, such as the warehouses and offices of the customs office, were renovated to house the Municipal Art Gallery, the Larnaka Historical Archive Museum and the Larnaka Cultural Services. The old colonial warehouses of the customs took the Europa Nostra award in 1996.

On the square of Europe there is also the bust of the great philosopher Zenon, founder of the Stoic philosophical school, who was born in the city of Larnaka (ancient Kition 334 BC). Zenon taught that the mission of man is the virtuous life, and by saying that virtuous life meant life in accord with nature. 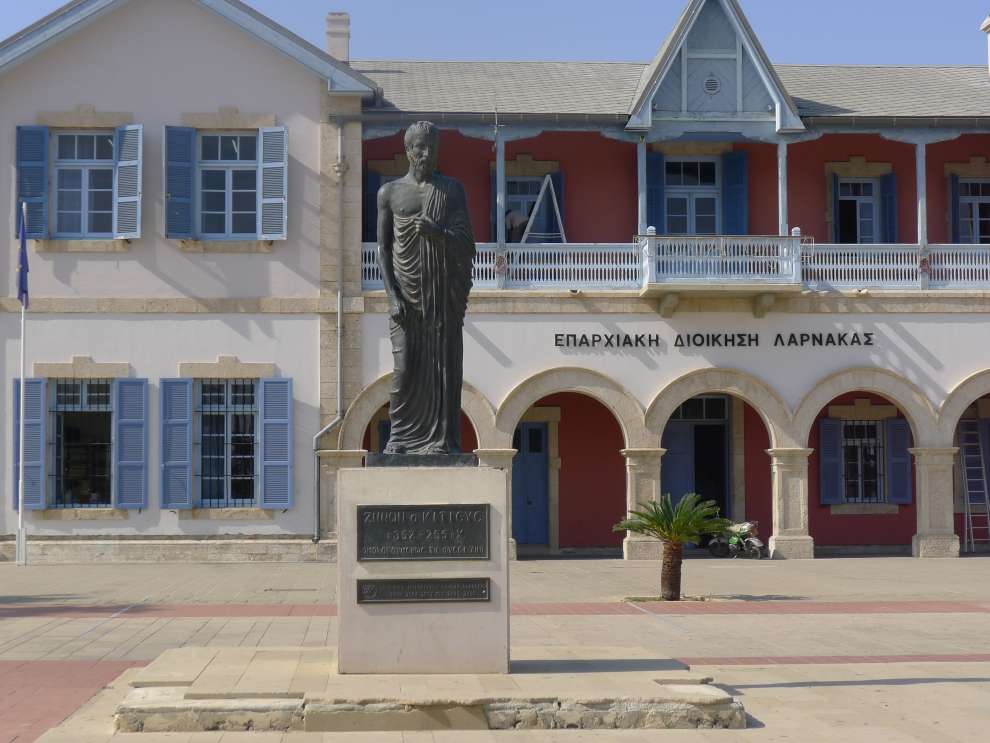 At the center of Europe Square you can find the fountain with the seagull sculptures by Theodoros Papagiannis, which was placed at Finikoudes in 1996 by D. Pierides.

In Finikoudes, during the summer months, sports tournaments and concerts are organized as well as the well-known Flooding Day (Kataklysmos Day). 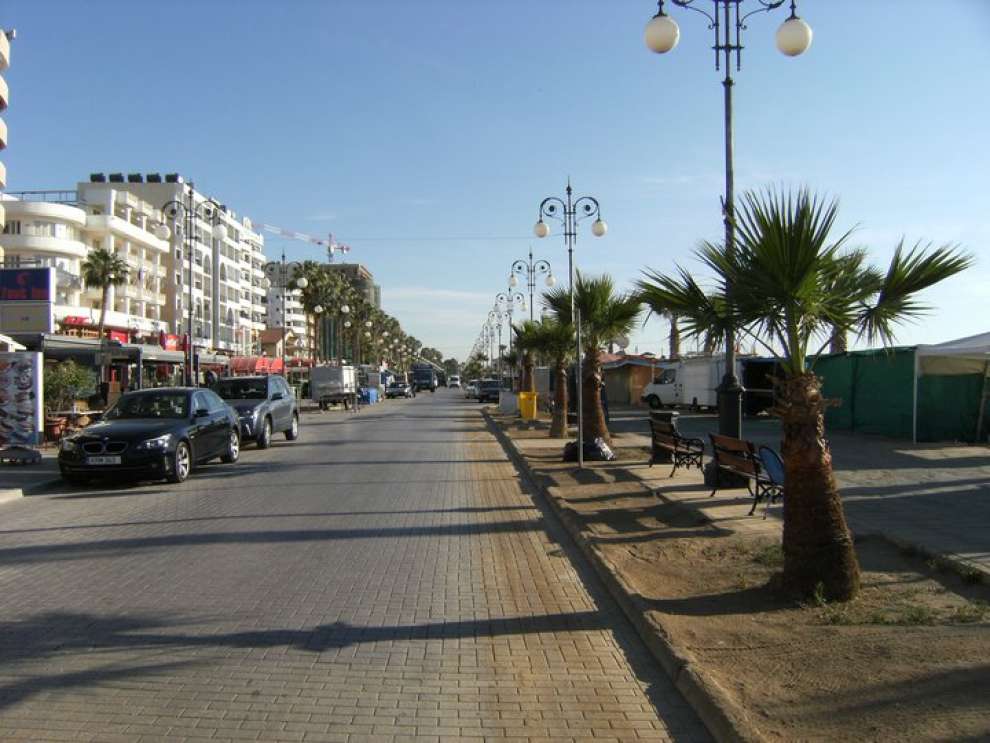 Christmas with Boney M in 2019

They are coming to Larnaka for a concert!

A festival that includes many kind of music...rock...

The Flood Festival (Kataklysmos) in Larnaka 2019

Larnaka, the first city to start the Kataklysmos f...

On Sunday, May 12th along the Athinon Avenue

Cleaning of Phinikoudes beach in Larnaka by the vo...

Get in the Christmas spirit, have fun and help the...

The famous ‘DJ Snake’ is coming to Cyprus!

He’s coming to make the island crazy with the bigg...

on a typical winter's day in Cyprus

The celebration of Spring and Flowers!

Rebirth of Spring and Nature