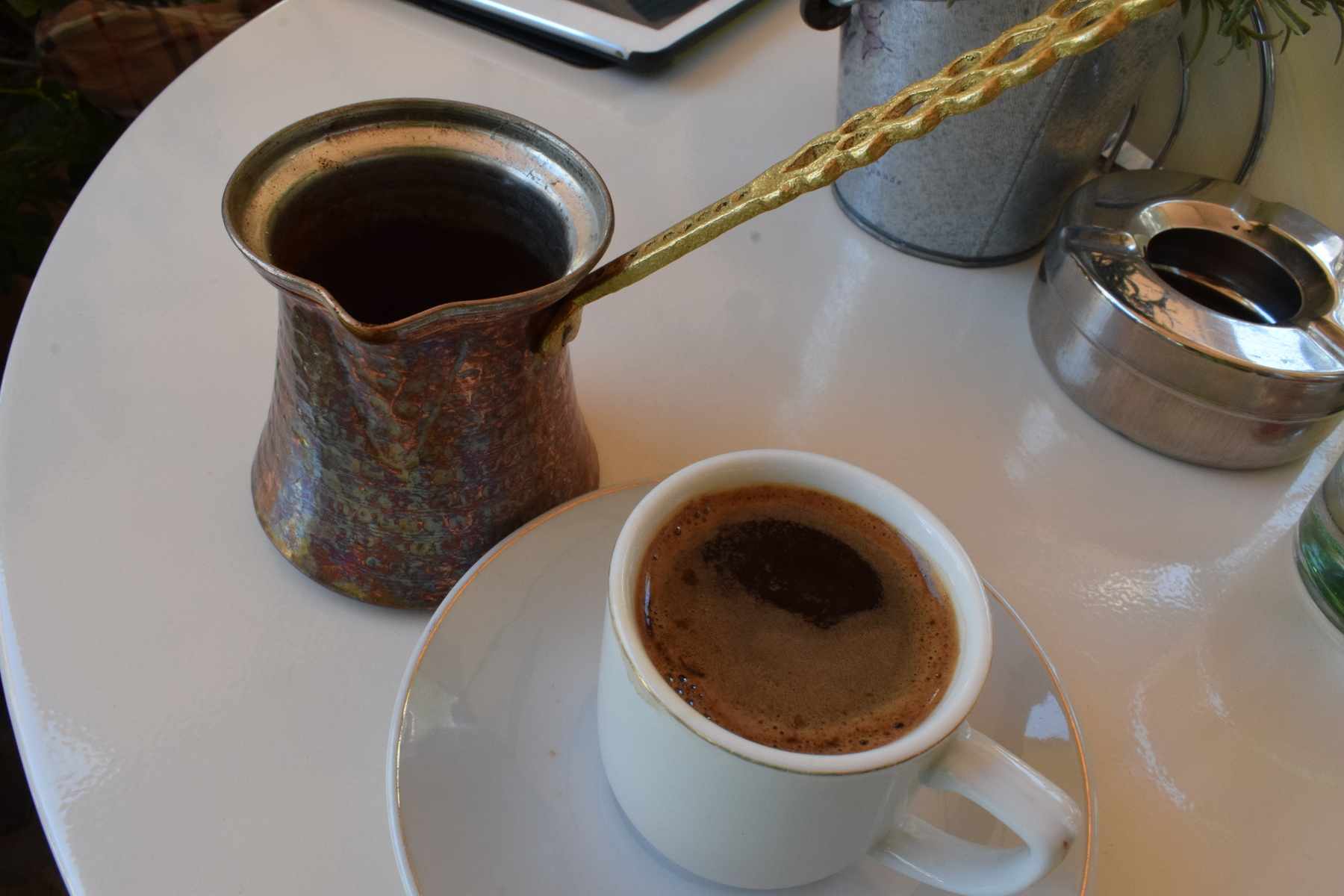 So you have come over on holiday from England and decided to venture forth into the world of Cyprus coffee. You learn the words for “on its own”, “medium” and “sweet” and you think that is all there is to ordering Cyprus Coffee. As often as not you get mixed up with the words. I always check when an Englishman orders his coffee in Greek. “So you want two sugars,” I might say. “Oh no! I don’t want any sugar,” can be a typical reply.
The big difference between Cyprus coffee (in Greece they will call it Greek coffee and in Turkey they will call it Turkish Coffee) and your familiar instant coffee is that the sugar is cooked with the coffee not added afterwards since that would stir up the sediment. The provenance of the coffee can be any of the coffee producing countries like Brazil or Columbia. Its essential quality is that it is finely ground.
It is cooked at low heat in a special metal pot called a “briki”. Traditionally this was often placed on a metal shelf with sand and fire underneath the shelf. The briki would be swirled around on the sand to stir in the coffee without needing a spoon.
There is quite an art to producing good Cyprus coffee. One usually wants to leave a froth at the top called “Kaimaki”. At the same time one wants the coffee to be well cooked so that the grounds dissolve and go to the bottom of the cup. You need to boil slowly over fairly low heat. Warm your water a little before adding your sugar and coffee (a heaped teaspoon). You need one coffee cup of water to one teaspoon of coffee. When the coffee froths up but before it boils over take the briki off the heat and pour into the little coffee cup or “flitzani” preferably (if you can aim well)  from a few inches above the cup to add some bubbles to the “kaimaki”.
Some people, a minority, don’t like the kaimaki and will ask for their coffee to be “vrasto” which means boiled. In such cases when the coffee starts to froth up take the briki off the heat and put back when the froth has died down. Do this several times till there is no more froth and only clear liquid rises as it boils.
There are other variations in personal taste. Some people want their coffee less strong. They will ask for it to be “elafri” (light) in which case a level teaspoon rather than a heaped teaspoon of coffee is required. Some people find it hard to do without sugar entirely and will ask for their coffee “me oligi” short for “me oligi zahari” meaning with a little sugar ie half a teaspoon of sugar rather than a full one. So in sweetness this is midway between “sketo” and “metrio”.
Whereas the English generally like their coffee piping hot, many Cypriots will ask for their tiny coffee cup not to be filled right up so that they can pour into their coffee a little water from the glass of water traditionally served with Cyprus coffee.
The cups are indeed tiny – too tiny for some. They will ask for a “thiplo” a double. The cups are still small but twice the size of the tiny cups that most people have.
So there we are dear reader. You are now armed with the knowledge to go to a café in Cyprus or Greece and order your traditional coffee in exactly the way you like it. Enjoy! 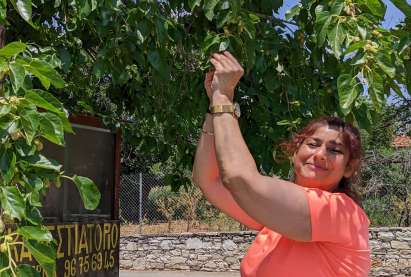 In case you missed our last tale, here is the link.