The chapel built with milk, hence the name "Galoktisti"

Panagia Galoktisti is one of the oldest churches in Cyprus and it is situated on a hill between the villages of Kato and Pano Pyrgos Tyllirias, between two natural, green valleys. At this area a tiny church dedicated to the Virgin Mary was built. It was a small Byzantine church in the shape of a registered Cross. The shape was evident only from the inside, while outside it looked like a square building.

During the years of the Frankish rule, according to the testimonies of the old inhabitants of the village, in the area where the chapel is located, there was a village, known as "Xorkoui" (little village), and there were several shepherds inhabiting it. For the inhabitants of this village, we learn that one year a great, unknown animal disease had been decimating their flocks. The inhabitants ordained the Virgin to help them and heal their animals, and in return they would build a larger church. The Virgin Mary helped them and the flocks arose very quickly. 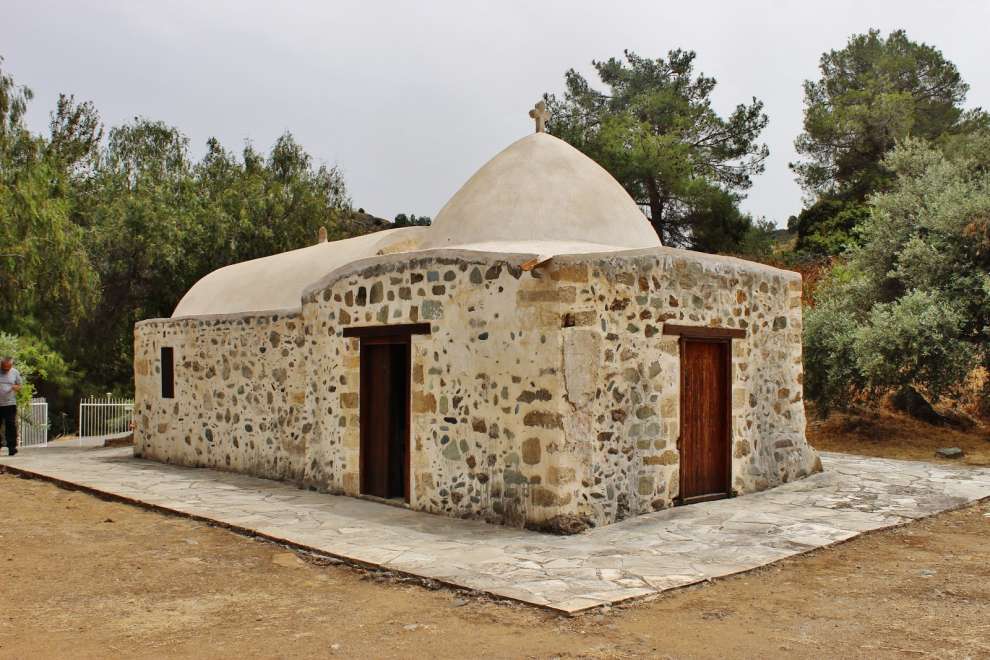 The inhabitants then rushed to build the church and fulfill their vow. They put down the small Temple and began to build a larger one using water from a nearby source. All day they built and during the night it would shatter. This continued for several times until they realized that the Virgin desired something more than a simple temple. So they replaced water with milk from their goats. And as the tradition says, they made the clay with milk and when they tried to put water to continue building, the stones did not stick together, and they completed the church using only milk. The church has the shape of a Free Cross with a dome formed by a recorded Cross in the west and a Basilica in the east. The interior was full of frescoes, where to this day a wall-painting decoration is preserved, which goes back to two phases: in the 12th and 14th centuries. 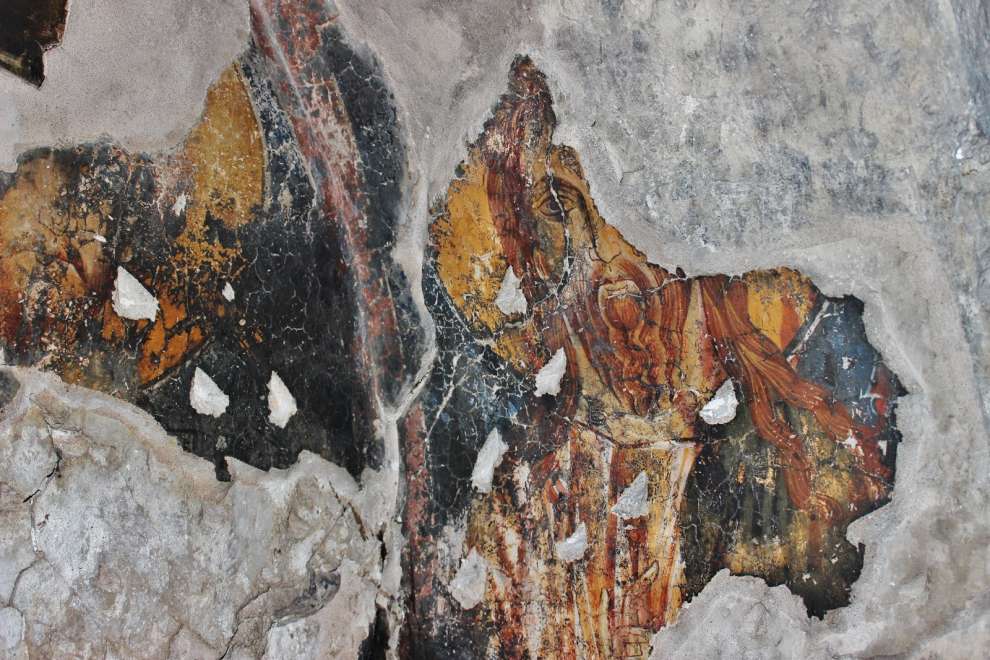 From then until today Panagia Galoktisti is considered to be miraculous and many people from all over the island resort to her grace to help them overcome breastfeeding and lack of breast milk.

One of the wonders in the village is for a family from the River Kampos. The woman had no milk to breastfeed her child, so she got on her donkey and made her way to Panagia Galoktisti. She prayed and immediately milk from the woman's chest began to run.

The icon of Panagia Galoktitis, for security reasons, is located in the temple of Saints Constantine and Helen, in the center of the village. 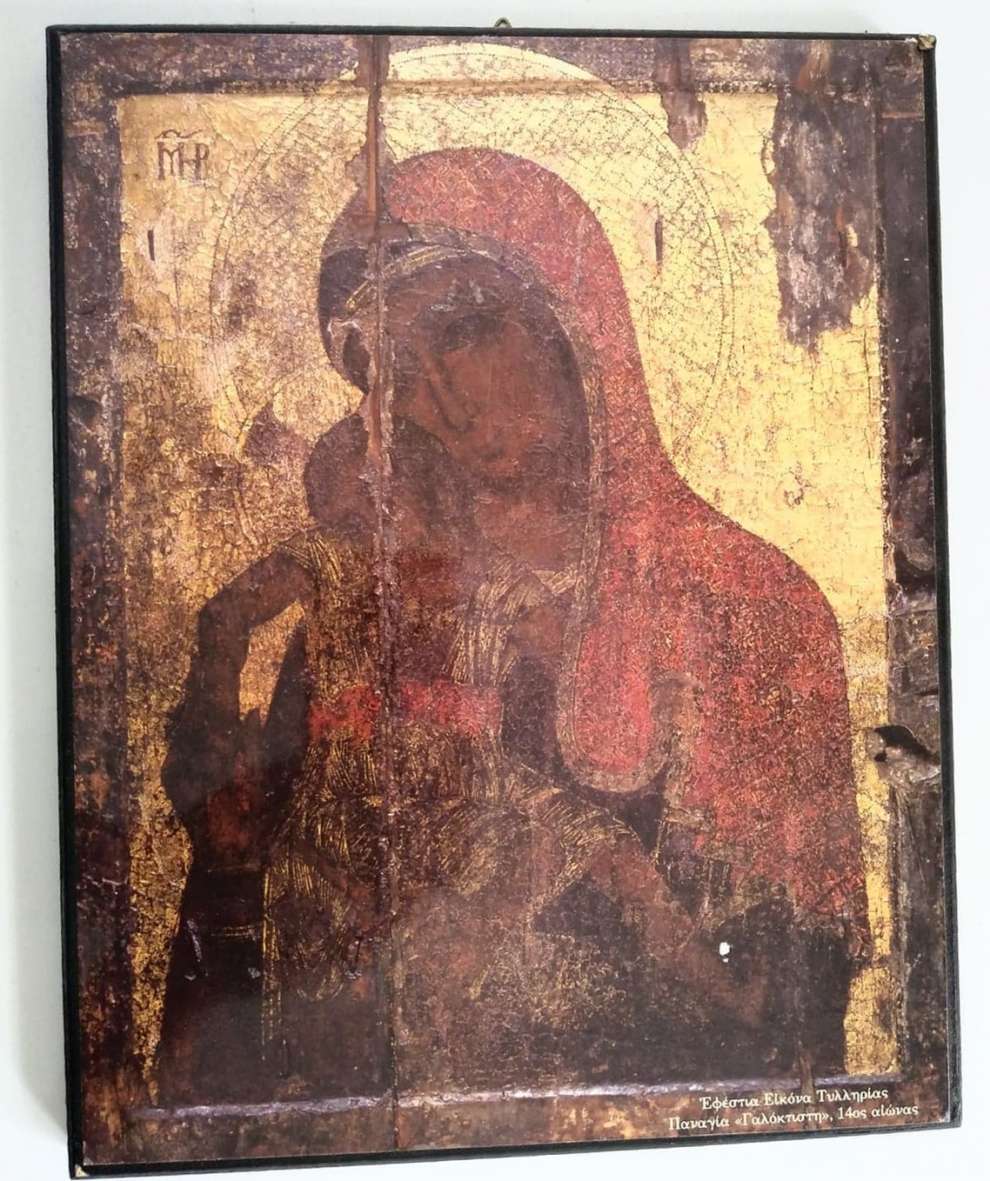 History tells us that in the past Christians, when they wanted to pray for something to God, they would pray all night with the image of the Virgin Mary. One time they fell asleep and when they woke up they noticed that the image of the Virgin Mary was missing and they began to cry, because they believed that the Turks stole it. Then, when they returned to their chapel, they found they image there, filled with water with hawthorn and lighted candles.

The chapel is always open and welcomes the faithful’s.