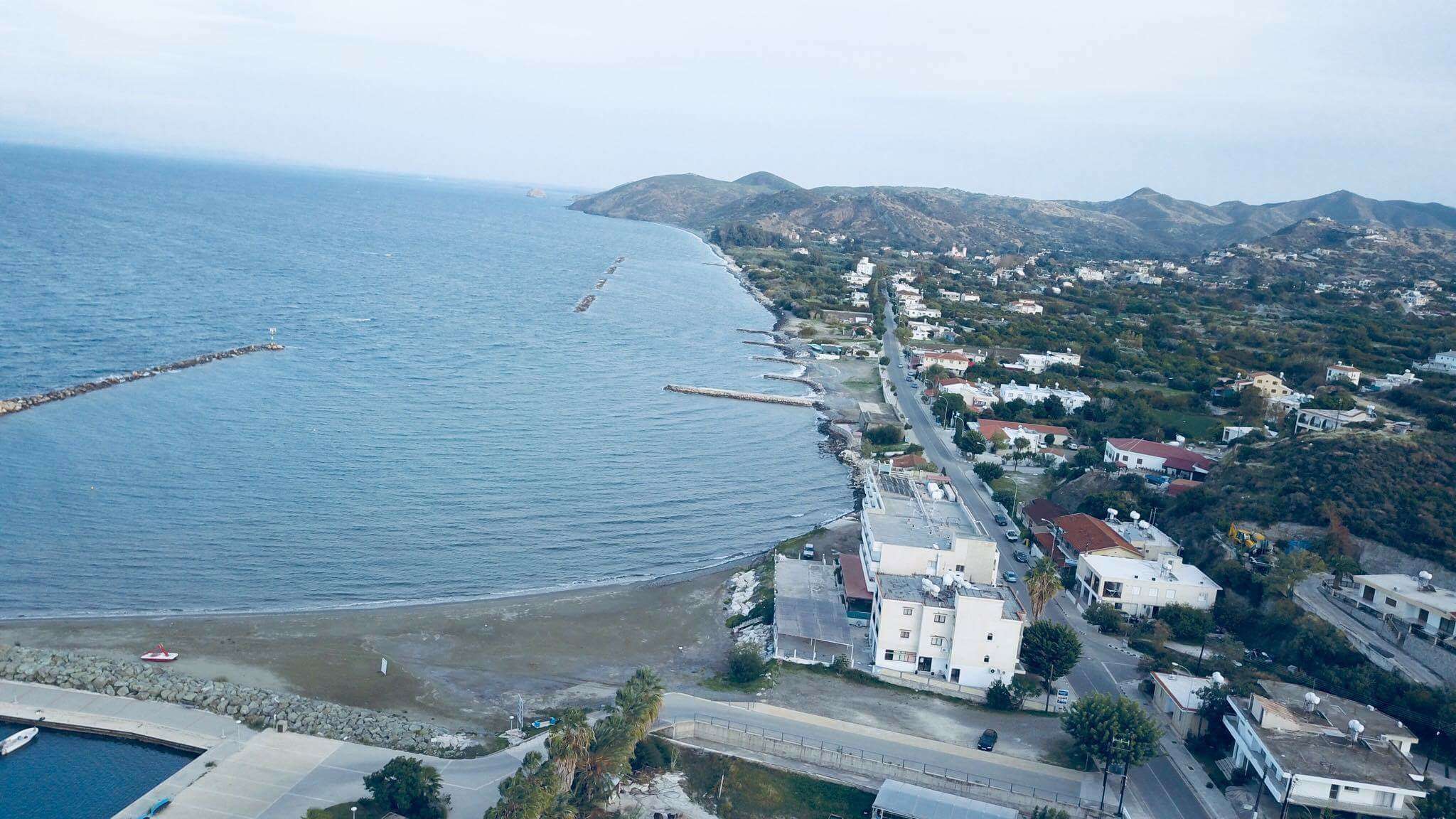 The headland of Tyllirias along an unparalleled crystal-clear beach

Pyrgos is the main village of Tyllirias. The village is built on the northern foothills of the Troodos mountain range, in the largest and most beautiful valley of the area, along an unparalleled crystal clear beach. 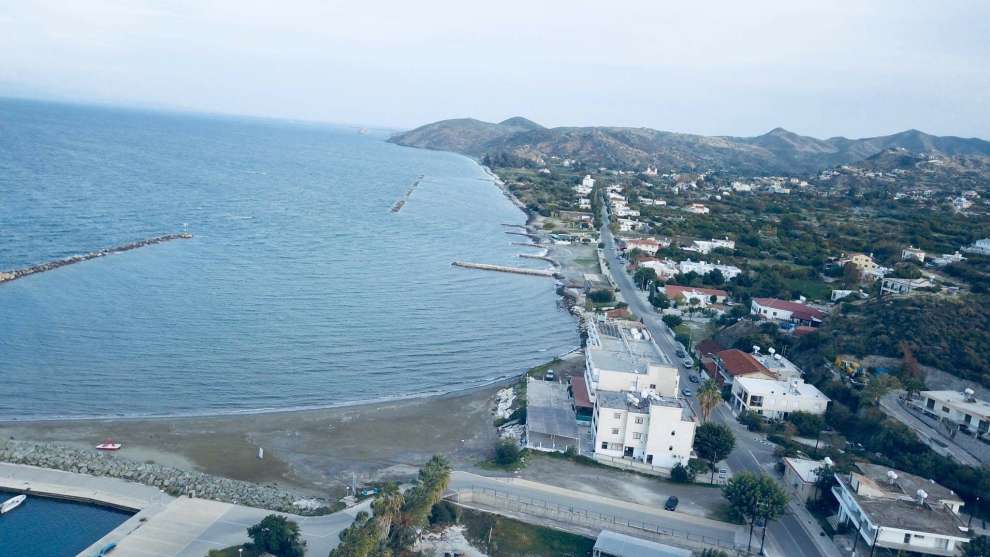 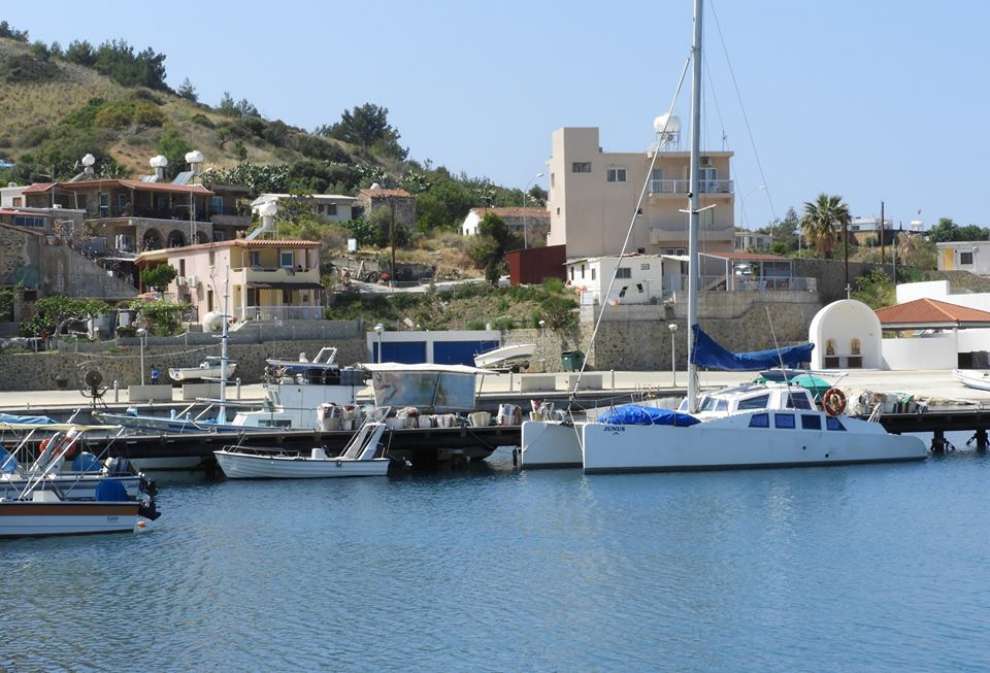 The history of the Pyrgos:
According to the archaeological excavations that took place in the village, a number of findings from the mediaeval period, graves and movable finds, such as a cross and a brooch made of brass, ceramics and metal objects such as clay pots, a ring with engraved decoration and coins. 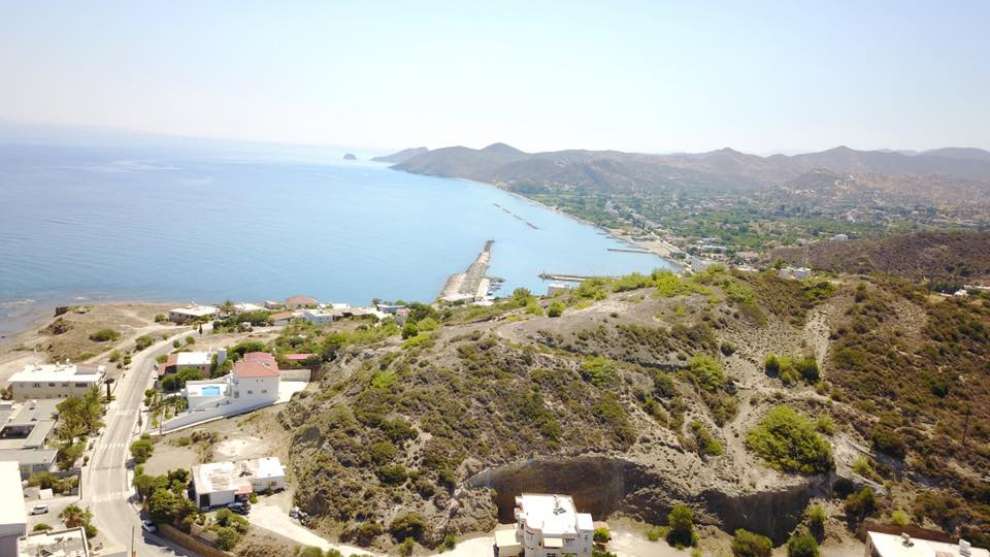 In addition to the village of Pyrgos Tyllirias and in particular at the "Koilada-Palialona" site, excavations revealed graves dating back to the Hellenistic period and used until the Roman times perhaps later. 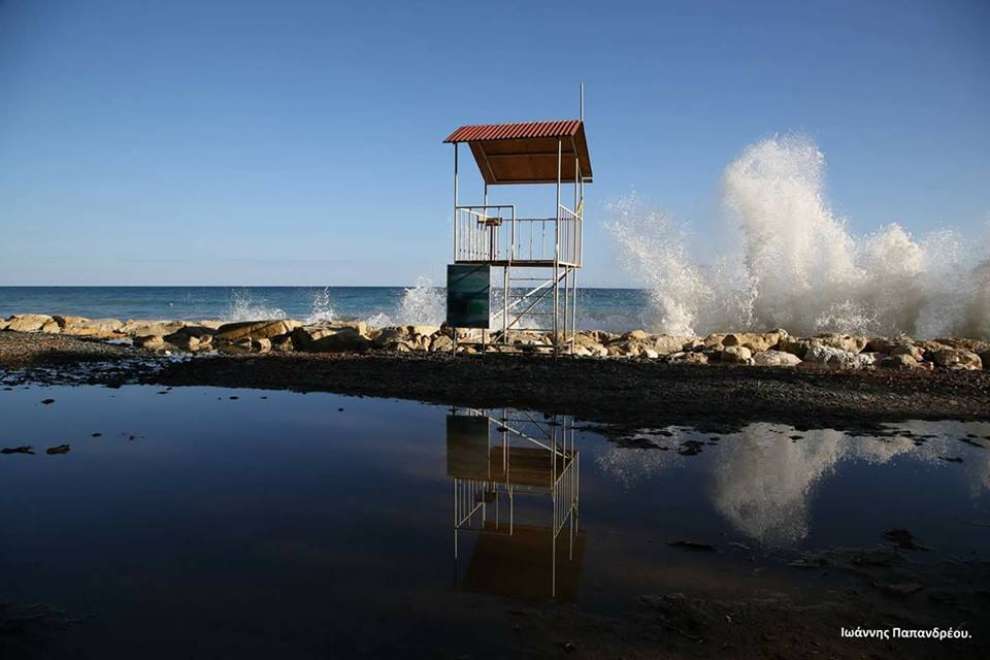 The name of the village:
The name of Pyrgos Tyllirias, originated from "Troulli", a small building on a seaside hill that dominates the area and looks like a tower. In fact, "Troulli" was an observatory during the period of the Venetian occupation, which was restored by the Nicosia Department of Antiquities.

The churches of Pyrgos Tyllirias:
In Pyrgos you will find the old temple dedicated to Agia Irini building of 1923 and the new church dedicated to Agios Konstantinos and Agia Helen. 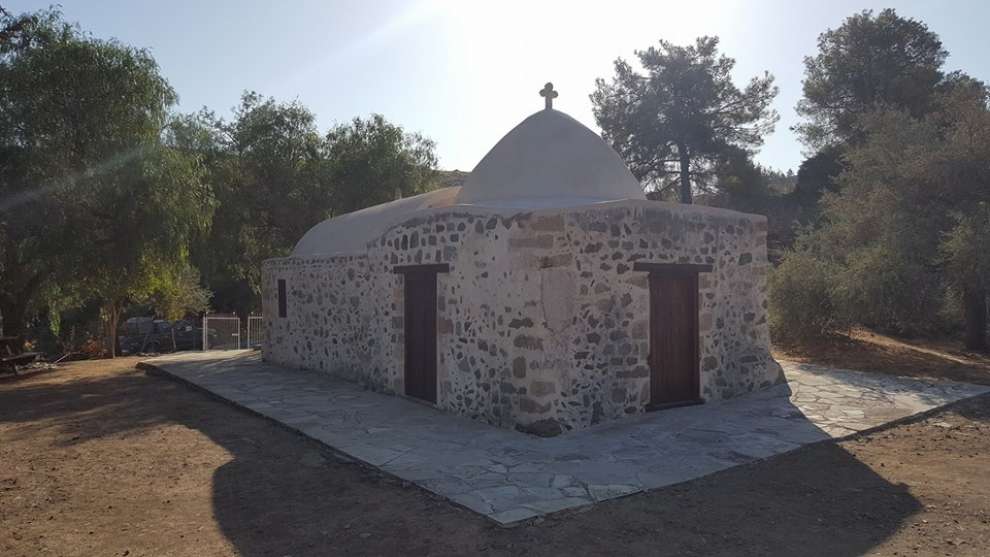 Apart from these two churches in the village, there are the chapels of Saint Stylianos, Panagia Galoktisti, built on a hill between the villages of Kato and Pano Pyrgos. 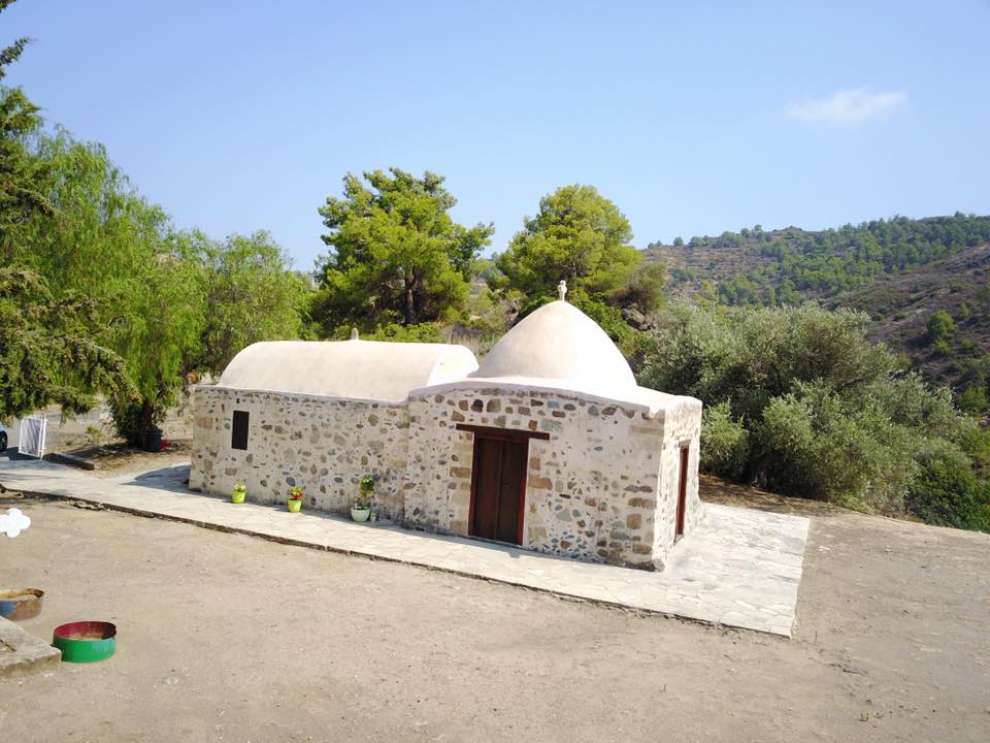 The name Galoktisti was given because it was built with milk rather than water. In the interior of the church there is a wall painting, which is divided into two phases: in the 12th and 14th centuries, and it is one of the oldest churches built in Cyprus. The Department of Antiquities undertook its restoration. Finally in the community there is the chapel of Profitis Elias built in 1917. 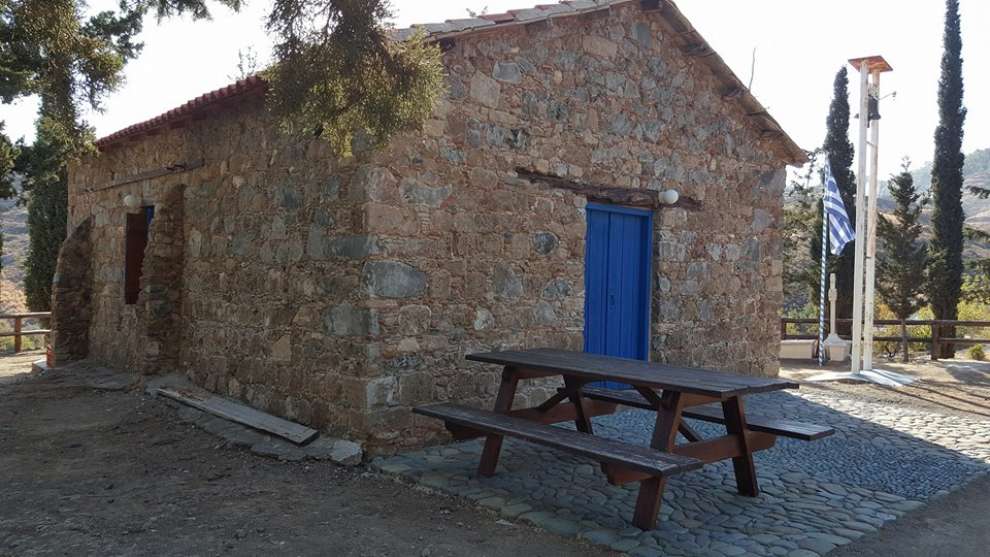 The sights of Pyrgos:
In the heart of the community, you will see a blooming Oak tree, it is the imposing gem and the pride of the area. Its age dates back to 110 years, was planted in 1898 and has a height of 20m and a circumference of 425cm.

Notable are Heroes Monuments in the Pyrgos of Tyllirias, which mark the significant contribution to the history of our place. In the village there are three monuments dedicated to community heroes. More specifically, the first monument is dedicated to Andreas Iraklus, second lieutenant MX from Kato Pyrgos, aged 30, and to Socrates Konstantinidis, second lieutenant MX from Moutoulas, aged 32, and it is next to the community offices. The two heroes were killed on March 3, 1994, from a mines explosion in a mine in the Pyla area.

The second monument is located in the courtyard of the Regional Primary School of the village, dedicated to the heroes of EOKA, Georgios Nikolaou (12.11.56) and Stelios Tritaios (17.06.58) from Kato Pyrgos. The two heroes died of torture by the English. 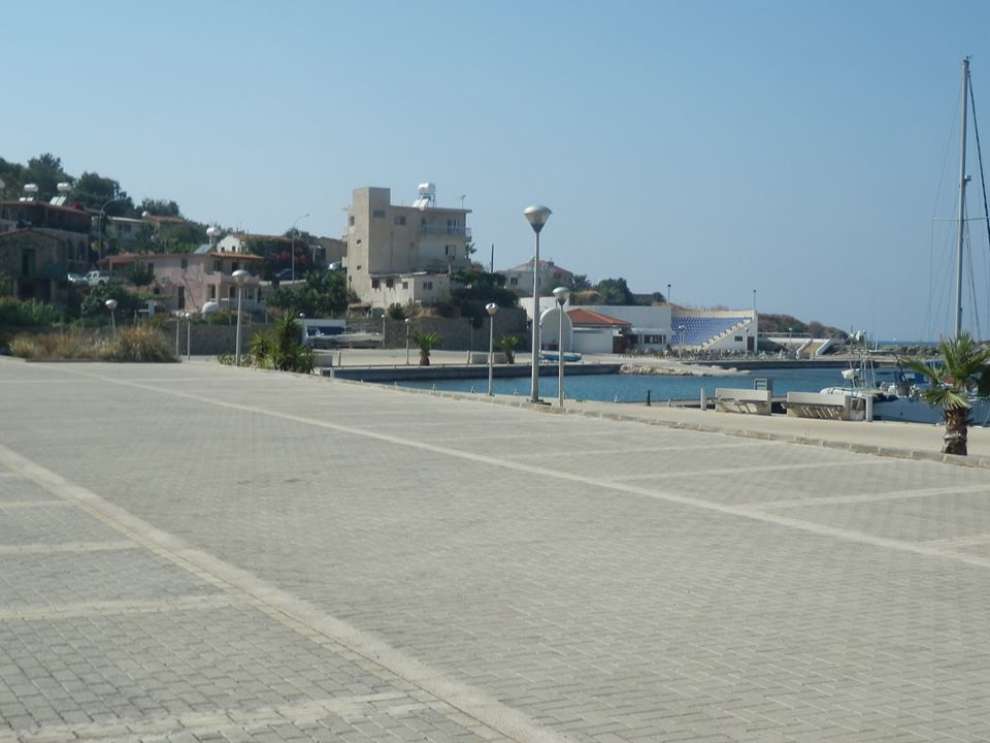 It is worth mentioning that in the Pyrgos Tyllirias today (2018) there is a kindergarten, elementary school and high school-lyceum.

Visiting Pyrgos in the Summer:
Visitors during the summer months can enjoy the crystal clear sea of ​​the village and the fresh fish in the nearby fish taverns of the village. In Pyrgos there are modern and well-equipped hotel units along the beach which can accommodate several foreign visitors. 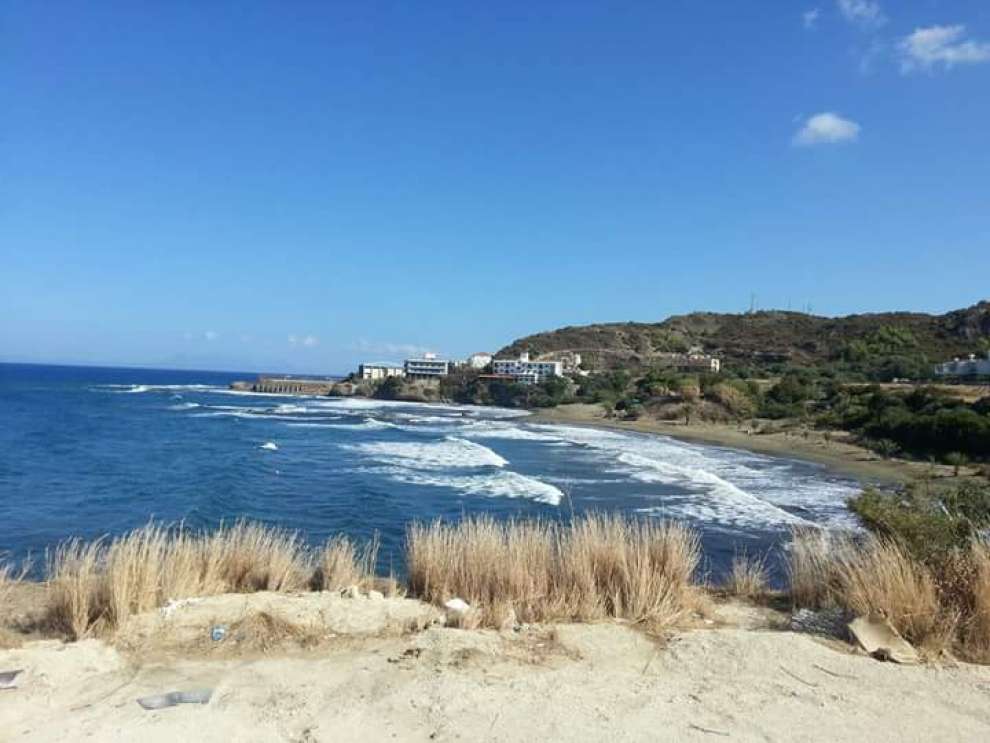 The population of the Community:
The community of the Pyrgos Tyllirias is about 1500 inhabitants. During the summer months the population is growing as there are a large number of holidaymakers, locals and foreigners, who rush to the holiday village.

The crops of the village:
Pyrgos is famous for peaches, lemons, oranges, mandarins and lots of other fruits and vegetables. The village is also known for its figs, both fresh and dry. It is worth mentioning that Pyrgos is also famous for the production of charcoal. 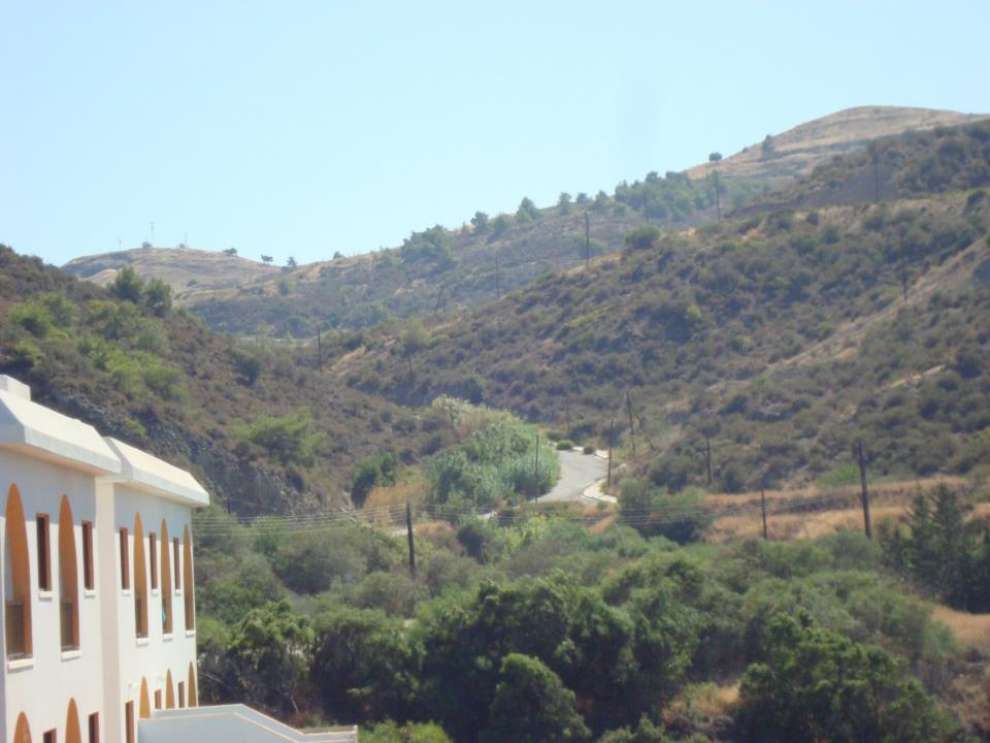