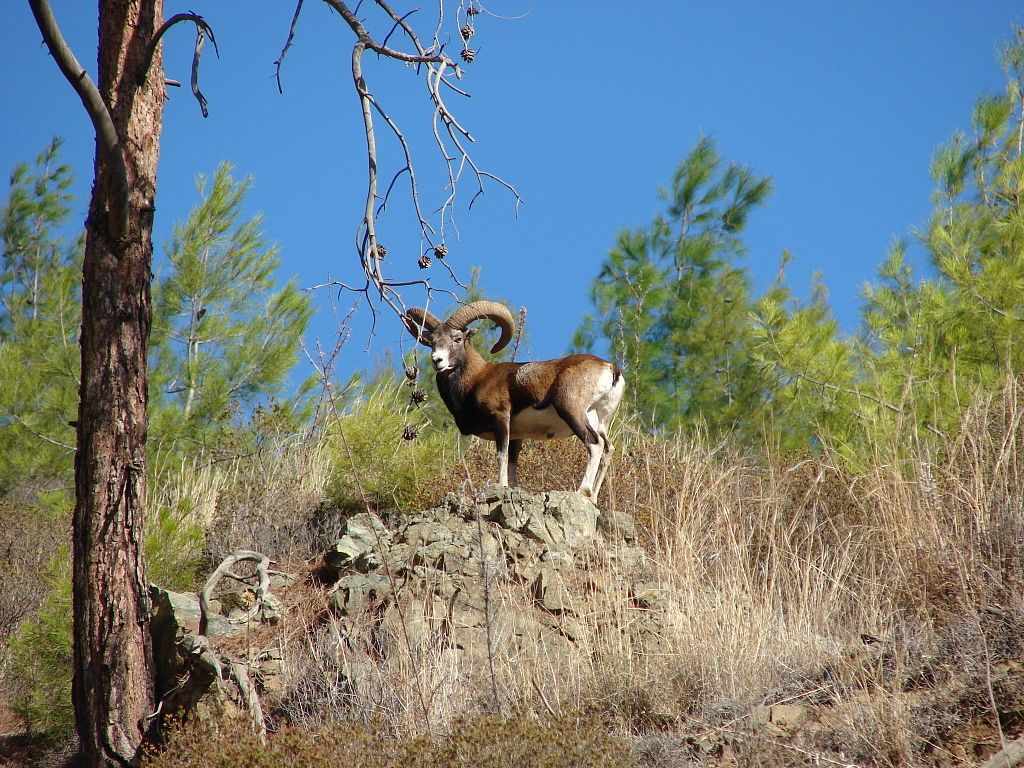 A unique rare mammal that is found only in Cyprus

This type of mouflon the "Ovis Orientalis Ophion" is unique to Cyprus and found only within the mountainous state forest of Paphos. It is believed to be descended from wild sheep brought over to the island from Asia by the prehistoric people who lived here around 9000-8000 B.C.. However, there is no firm evidence for this.

The question remains as to who exactly were these prehistoric people or “Eteocypriots” and were they the first to inhabit the island or were there earlier indigenous people and if they were indeed the first, how did they come across the island?

Some claim that the mouflon were not brought from anywhere and they had always lived here like elephants and hippos from time immemorial.

They always used to be an important source of food for the people of Cyprus especially during the more difficult periods of the island’s history. A number of ancient records document an abundance of mouflon during the Greco-Roman period. During the Middle Ages, hunting them was a popular sport for the privileged ruling classes. Several reports attest to the hunting of mouflon using cheetah in the hilly areas of the island. This is also depicted in images on various artefacts.

Many ancient vases and other pieces of pottery depict the mouflon. The tradition continues to this day for it to be used as one of the symbols of Cyprus. Logos and insignia of mouflon appear on stamps, coins, company logos and bank notes to represent Cyprus.

Today this rare mouflon is a strictly protected species. The 19th century deer (Dama dama mesopotamica) exist in Cyprus and they used to be the largest land mammals. When these became nearly extinct the mouflon was the largest left.

The laws of the Ottoman Empire in Cyprus allowed hunting without control and in 1878 when the empire came to an end, they had to sell Cyprus, leaving the island to the English with only 15 mouflon, with no order and no interest in the island. They had been almost eliminated by hunters.

Under the English, the Forestry Department and the police took various steps to safeguard and protect the mouflon from poachers and all the forests round Paphos were declared in 1939 to be a permanently a closed area.

After the declaration of the Republic of Cyprus in 1960, additional measures were taken for the protection of mouflon, and their numbers have grown satisfactorily. Today they number 3000.

The Veterinary Services of Cyprus constantly monitors their health.

The mouflon are wild sheep and you can see that they are born on cliffs. The mating season begins in October and lasts until the end of November. After that, the male and female form herds, from 10 to around 20 animals, which remain together throughout the winter. When the spring season approaches and it is time for birthing the herds break up and divide into small groups of two or three animals.

The males tend to stay alone. The mouflon give birth in April and May and usually either one or two lambs are born. The mouflon is a very cautious animal and is not easily approached by humans. As the mating season draws near quite violent conflicts, sometimes fatal, occur, between the males who fight like gladiators with their sickle-shaped horns.  After the mating season the males return peacefully to their herds with the other males.

The females do not have horns and are smaller and lighter than the males, their weight rarely exceeding 25kg. Their colour is light brown and not particularly bright. The weight of males reaches 35 Kg and they can be as much as a meter high. Their coat in winter becomes heavy and dense, it has a light brown colour, with some light grey in the back. In part of the neck has black hair. In summer the coat changes and becomes lighter in thickness and colour so that they can cope with the heat.

Mouflon are vegetarian and like soft tender shoots, wild berries and the various weeds that grow in shady ravines of the forest

If you want to see a mouflon close-up, you might find this rather difficult because it is a shy animal. If you driving on a dirt road in the woods you will see them spring up and running in the street from fear. They are very supple and fleet-footed. They move very quickly especially when they sense the presence of humans. Mouflon are an attraction for thousands of visitors both from Cyprus and from abroad who visit the Paphos Forests to admire them. The best time to see them, is during the summer in the morning or the afternoon; at noon it is very hot and they resort for relaxation and rest in shady parts of the forest. During winter, because of the weather, they are moving all the time and is easier to see them. There is also a fenced area with mouflon a short distance from the Forest Station of the Cross of Psokas, the heart of Paphos Forest. 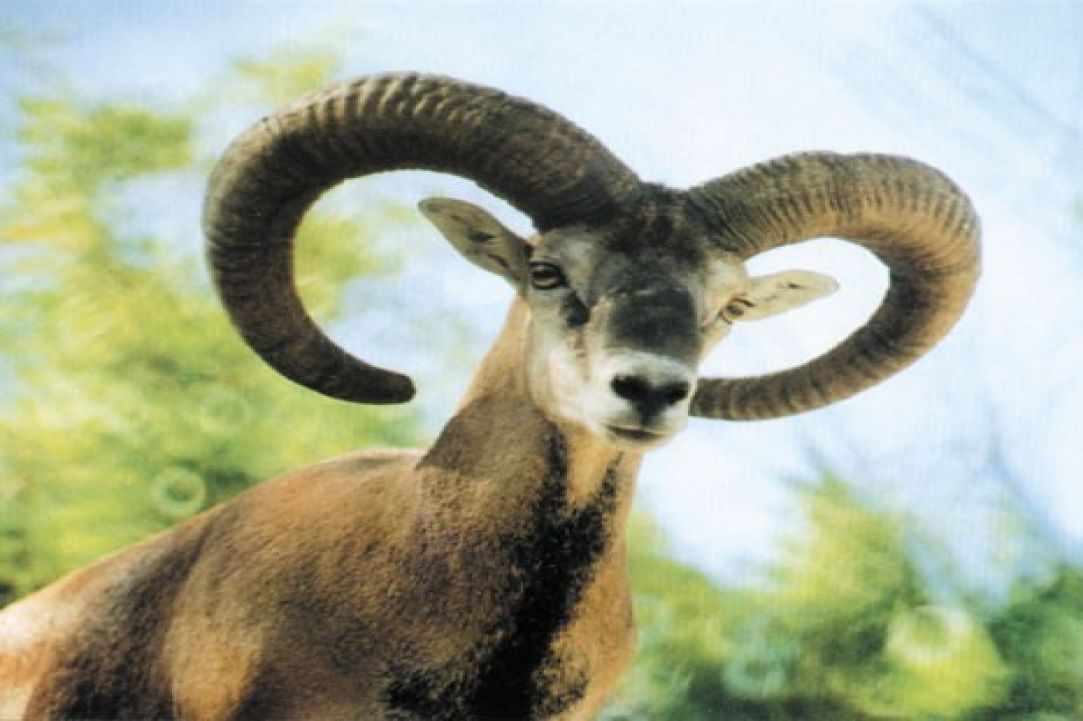 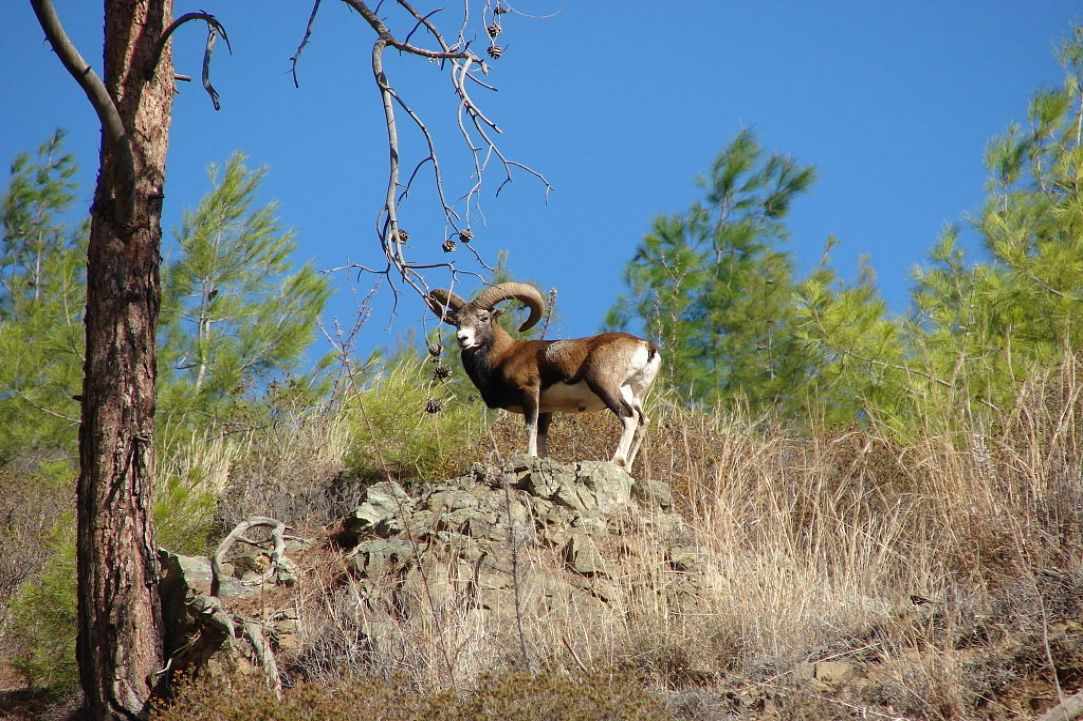