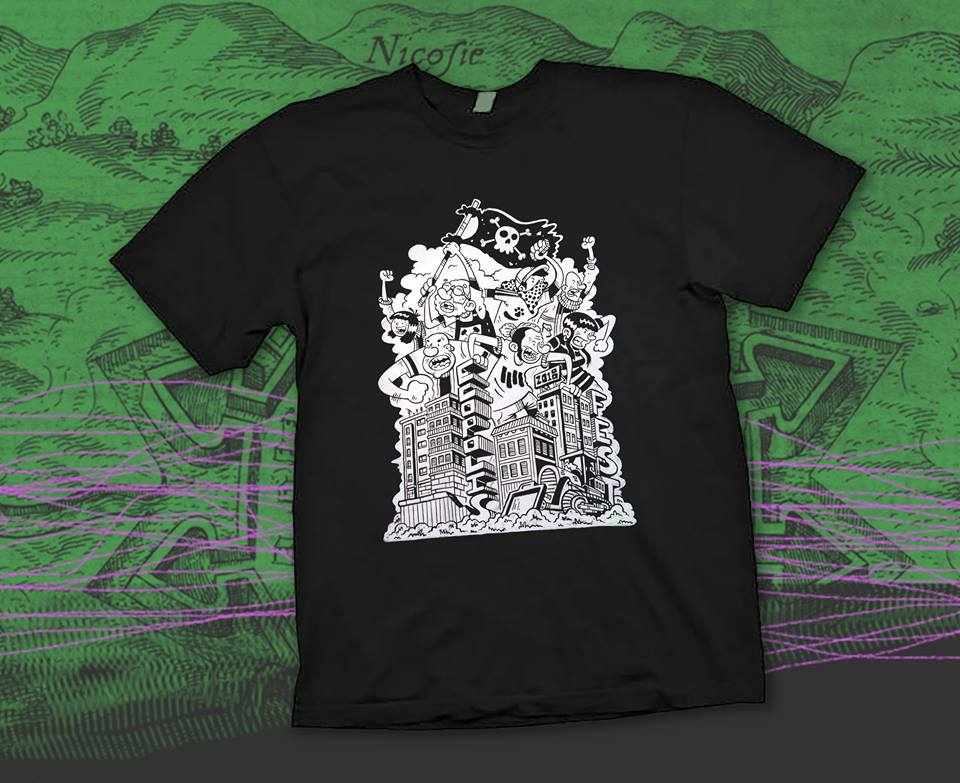 The ECOPOLIS FESTIVAL is organised this year for first time, from the ECOPOLIS team, a team that works for the ecology and the city. It aims at, as it puts under the argument of claim of city as a Public, as a field of resistance in the social and environmental attack of neoliberalism. We want to create the conditions where the city reffered as point of landmark and socialization, action and experimentation, despite as shiny real estate-merchandise that is bought and sold according to the laws of market and the trends.

ECOPOLIS is a three-day anticommercial festival without sponsors. The contributions are the main factor that keeps the festival independent and sponsoring itself, therefore they are all welcomed.

Entrance will be free in all events of the festival.

This year's program is:
25/07 - Presentations and discussions.

The presentations will begin in the 7.30 (strictly!)

26/07 - The encounter of fights: Initiatives for the environment and the right in the city from all Cyprus
27/07 - Concert

First day of ECOPOLIS FESTIVAL aims to place the theoretical background of the festival using examples of reclaim common goods, the creation of alternative autonomous structures but also the limits of such efforts that can exist in the frames of urban democracy. The city of Nicosia will be used as a case in point in order to become a presentation - discussion on the significance of Publics and Right in the City. Afterwards, the discussion on the latinamerican pink tide will place the bases for the discussion of next day where it is important to place the limits of changes that are created (or they are not created) through the government owned institutions and the role of movements. Presentations/discussions will be placed after each presentation.

First day of festival, 25/07: A theoretical approach in the Publics and the Right in the City - The example Inside the Walls of Nicosia | A Theoretical Approach on the Commons and the Right to the City.
Georgina Christou, Evi Tselika, Maria Hadjimichael

Second day of Festival Ecopolis, 26/07: Αims to bring closer various initiatives of citizens, the aims of which we have to make with a general thematic of the Festival, that is to say the enhancement, challenge and renegotiation of social intensities of everyday routine, weather we speak for the streets, for the squares, or for the mountains, the seas and the coasts. In this context, we will have initiatives that fight for the protection of the natural and cultural heritage, the access in public spaces, the right in the accommodation etc.

From Nicosia masterplan and the art, from street partys and the claim of space from politically marginalized teams, as the school youth, in its current situation inside the walls of Nicosia, the gentrification οf the city, the replacement of the benches with tables of private business. From the use of public space and the creation of unconventional spectacles in the shrinkage and its commercialisation.

Τhe old market as a background, which is one from the last examples of the effort of refining the old city, the introductive presentation of ECOPOLIS FESTIVAL will use the example inside the Nicosia walls, in order to input some of the basic theories that are related with the civil rights, the significance of public matters and their importance, and the role they can play in the politicization of individuals and teams that create it.

Second day of festival 26/7
We begin with the Team of Protection of Historical and Environmental Wealth MATHIATI.
This Initiative began in January 2017 in order to protect a candidate monument of Ounesko in the category Natural and Cultural Landscape, the Southern Mine Mathiati, because a private company has requested its re-operation. Future vision of the Team is the completion and the creation of system aiming the protection and the enhancement the Natural and Cultural Heritage of the region – as ancient mines and modern mining activity, geological features, watermills, spaces of religious importance of/adoration-church and mosques, aquatic bodies-sluices, region Natura 2000.

Third day of the festival with a hip hop and reggae concert:
Social Waste - for first time in Cyprus!
https://www.facebook.com/Social.Waste.Official/
http://socialwaste.org/

Social Waste were created the 1999 in Heraklion of Crete. They make hip hop music with sociopolitical lyrics. In their live appearances they combine the separate sociopolitical lyrics and the dynamism of hip hop, the traditional sounds and the Mediterranean musical instruments.
Julio (with Dj Andreas Alex aka Ice)
https://www.facebook.com/JulioKompoloi
https://www.youtube.com/user/warbap11

Julio, is Cypriot raper from Limassol. Writes his lyrics exclusively in the Cypriot dialect, something that distinguished him in the musical scene. His lyrics are direct and caustic, usually has social and political content or comes through personal experiences.
He is the founding member of Barco Pirata Collective, collectiveness of artists, that was created in March 2017. It intensely declares his present in antifasist demonstrations but also events in favour of the protection of environment and he supports it with his music. Believes that the rap music should not be limited inside the musical scenes only, but that on the contrary, it can and has to be accessible in bigger publics, since rap lyrics reaches the daily life and cauterizes every modern sociopolitical plague of Cyprus, and not only.

Bunfyah
https://www.facebook.com/bunfyahcyprus/
Bunfyah is a reggae band from Ammochostos that plays a mix of roots, reggae and dub. From 2015 they are make appearnces in various musical scenes and festival in all Cyprus.

Free beers and drinks in prices of solidarity

At the end of the first day we will have one small party with Mrs Hen plays reggae and dub and mojitos!

- Awake within the walls 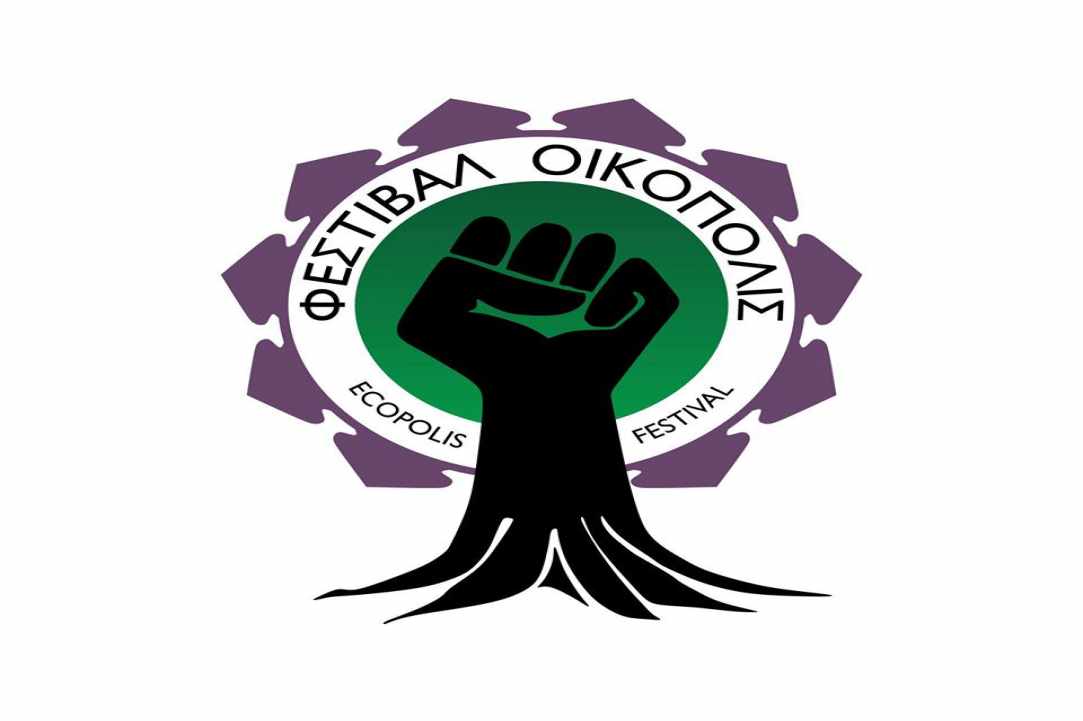 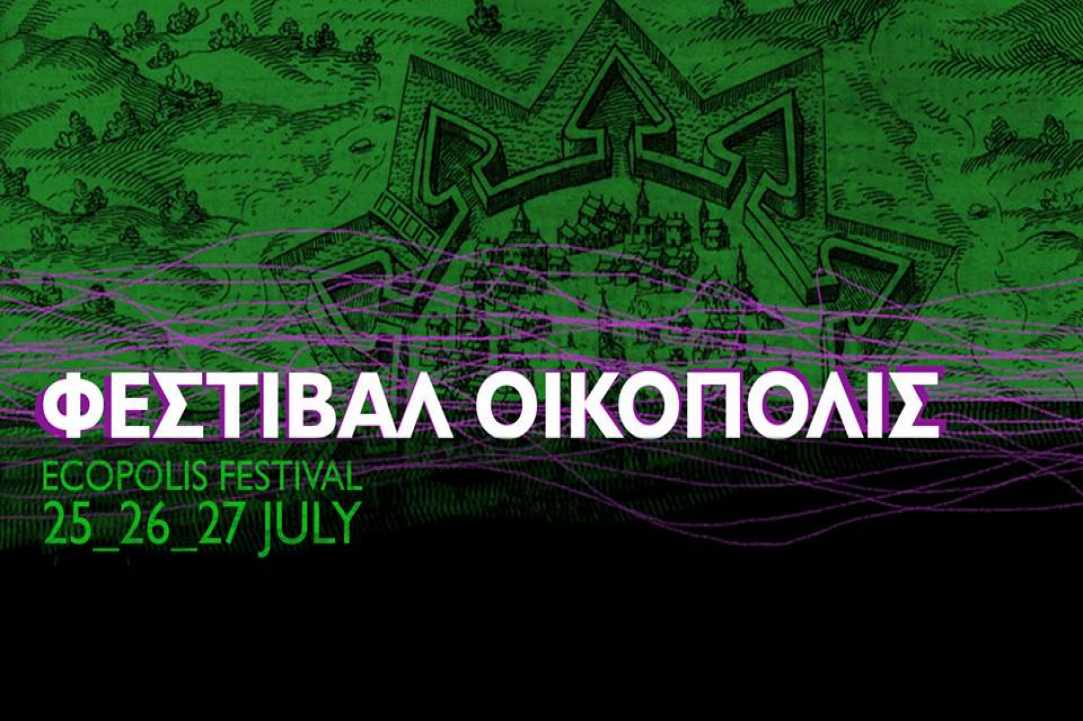 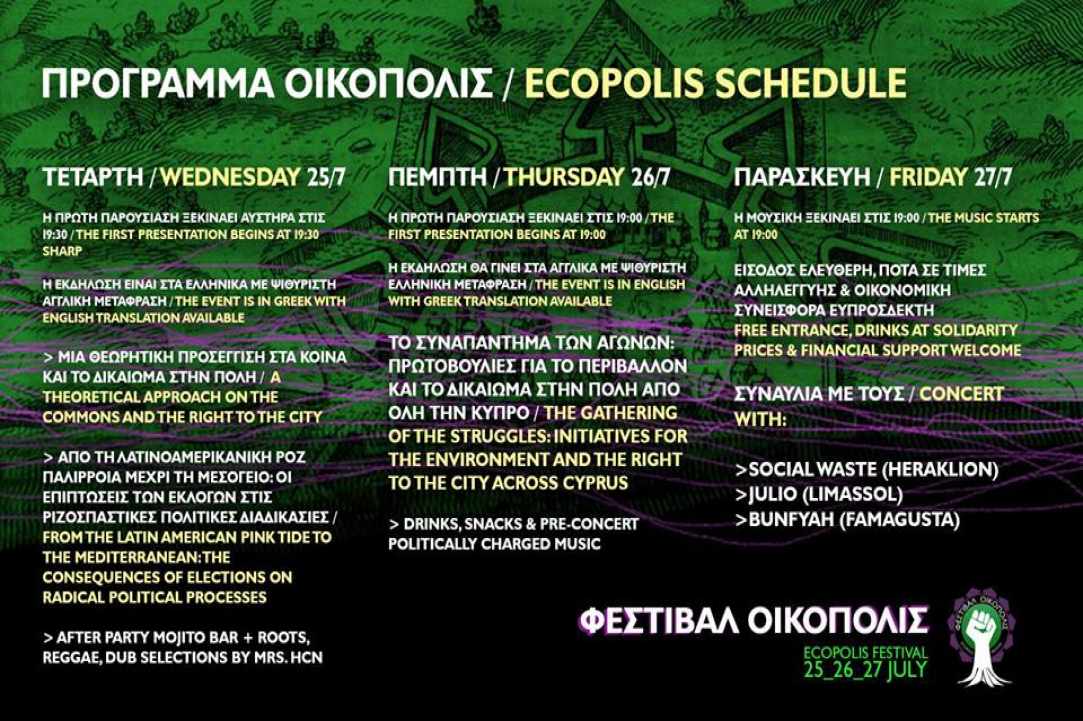 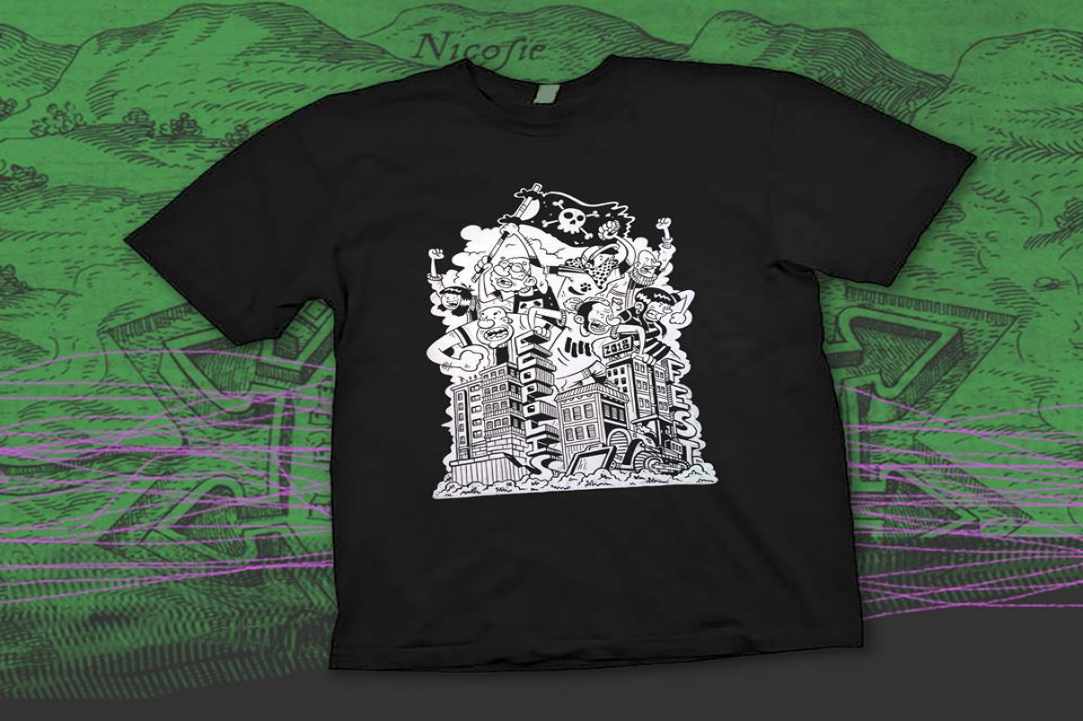 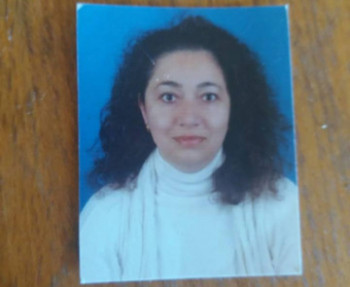 “Greening Cyprus for a Sustainable Future”

Why is it called the Wolf Moon and when is going t...

A special day in Platres!

Hot wine, chestnuts, sausages and zivania in one o...