Take you to the ghost town of Famagusta

Say “Shirley Valentine” and most people will think of Pauline Collins, but if you live in Pernera next to Protaras near the most Easterly point of Free Cyprus, there is another Shirley Valentine you may know.

In winter she sits alone and forlorn in a field, looking more than a little tired as she watches over the occasional passer-by from her high perch. In spring though, she blossoms like the daisies and buttercups below her. She has herself freshly made up,ready to greet all the summer visitors that come over to this enchanted island. She will take them on trip after trip to the ghost town that marks the interruption of 5000 years of Greek history. She will stop a little before the boundary that could elicit the gunfire of the invaders. To the left is a UN sentry tower. Ahead one can see clearly the large town of Famagusta , once the most important seaside resort in Cyprus. As far South as this major city, Greeks were forced out of their homes back in 1974 and never allowed to return since. It is here that the Major Western Powers at last called a stop to further occupation, but in the crazy world of modern politics, most of Famagusta was left as a no man’s land, a ghost town. It even has car showrooms with brand new 1974 cars on display, exactly as they were when the owners were forced out of their homes and businesses.

The boat will pull back a bit to a quiet bay and the visitors will be allowed to jump into the warm Mediterranean turquoise” for a delightful swim.

Numerous are the boats that make this trip – Some from Ayia Napa, some from Protaras and  Pernera. Typically they will sail to the edge of the illegally occupied territories, see what they can of Famagusta, then pull back a little to a nice spot for a swim. After that it’s an about turn and they will  head for the Cava Greco area for another swim.

For the 18-30 crowd, the Black Pearl is probably the most fun, with lots of loud music. There is much mirth with the entertainment  provided by a Johnny Depp look-alike and his crew and there is even a buffet lunch included in the price. 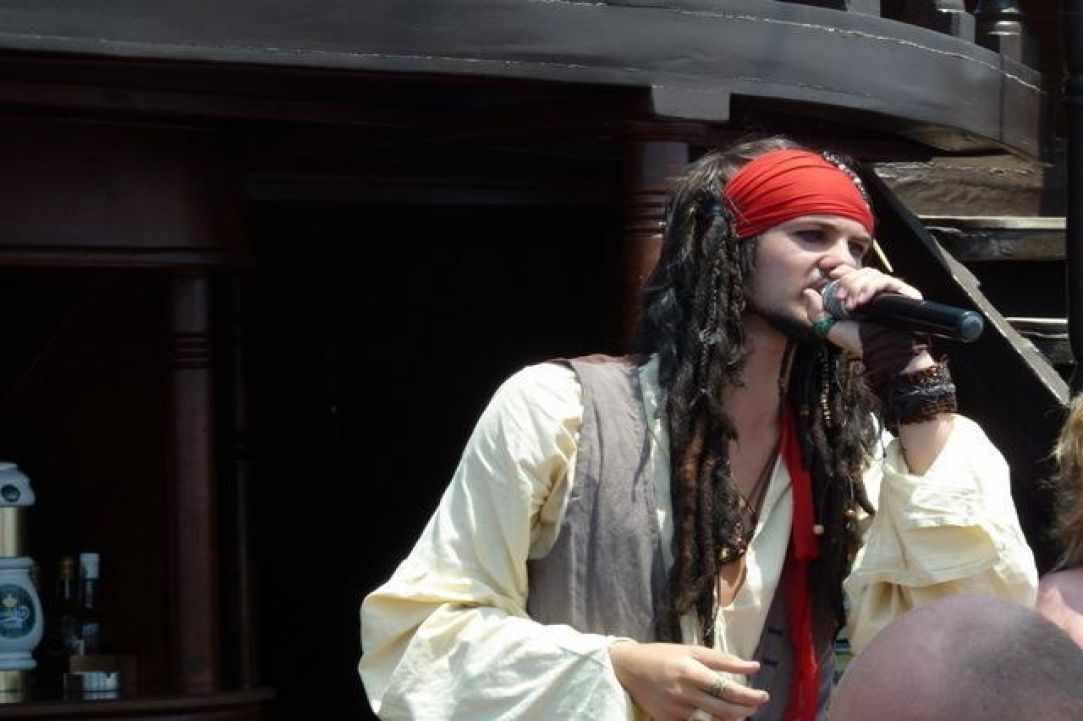 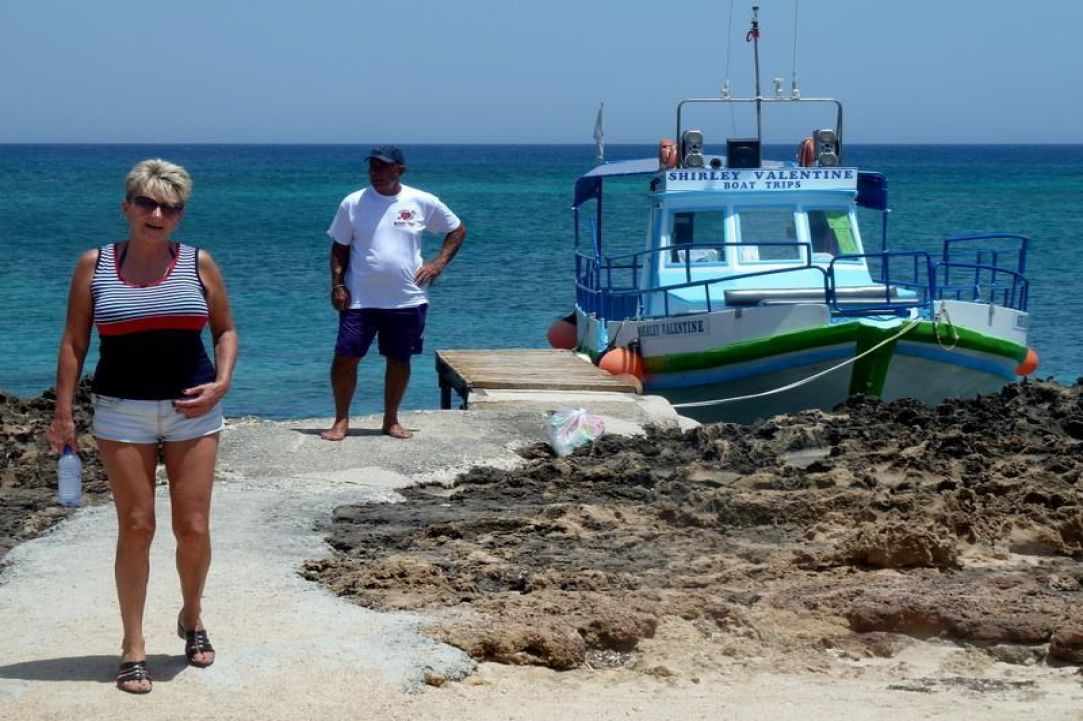 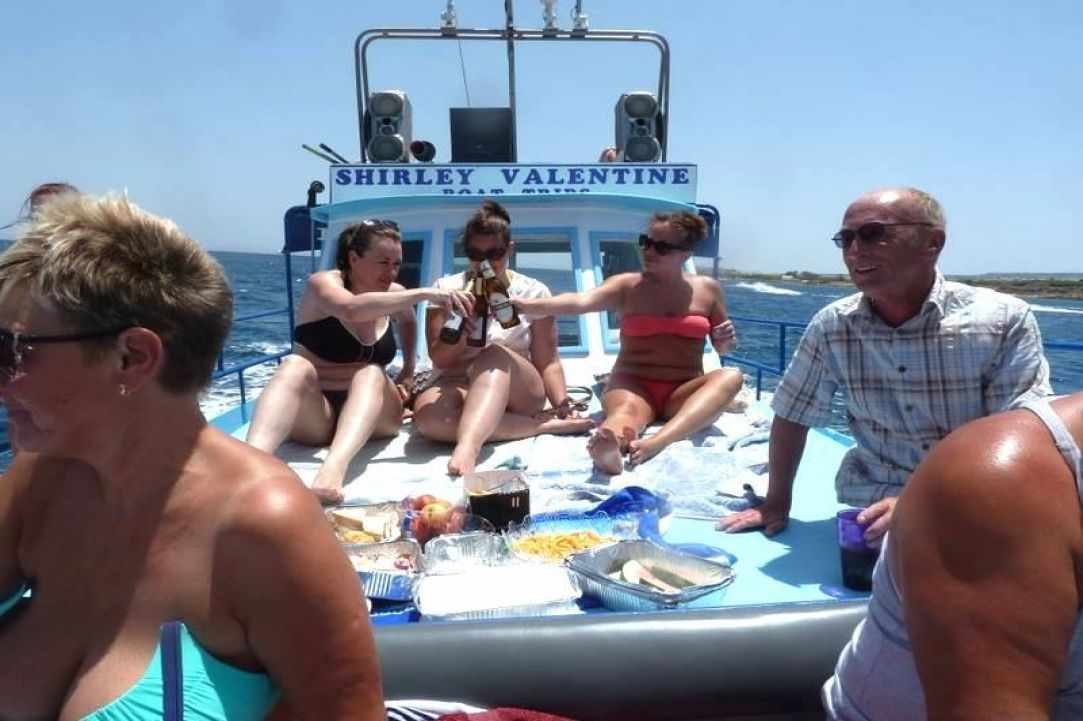 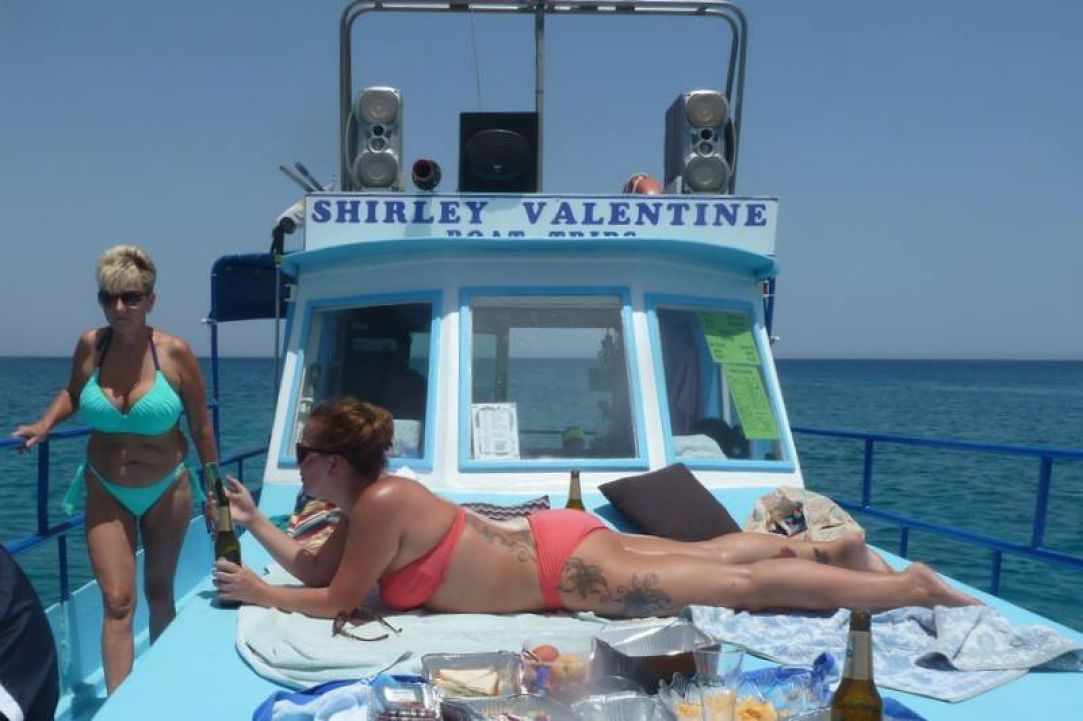 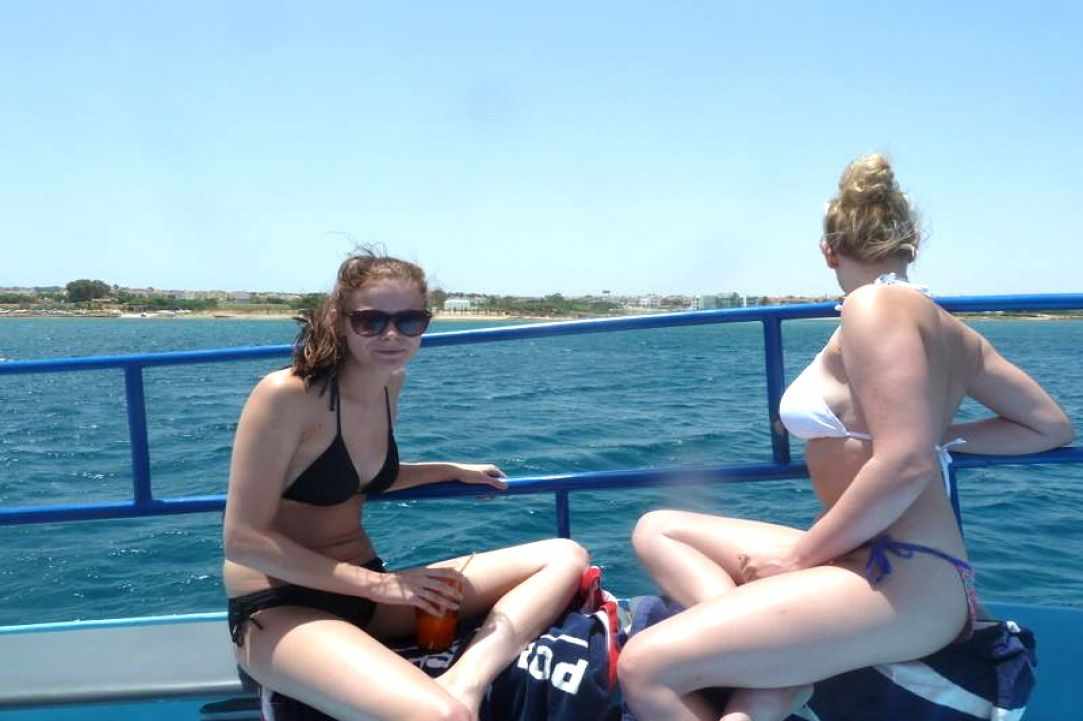 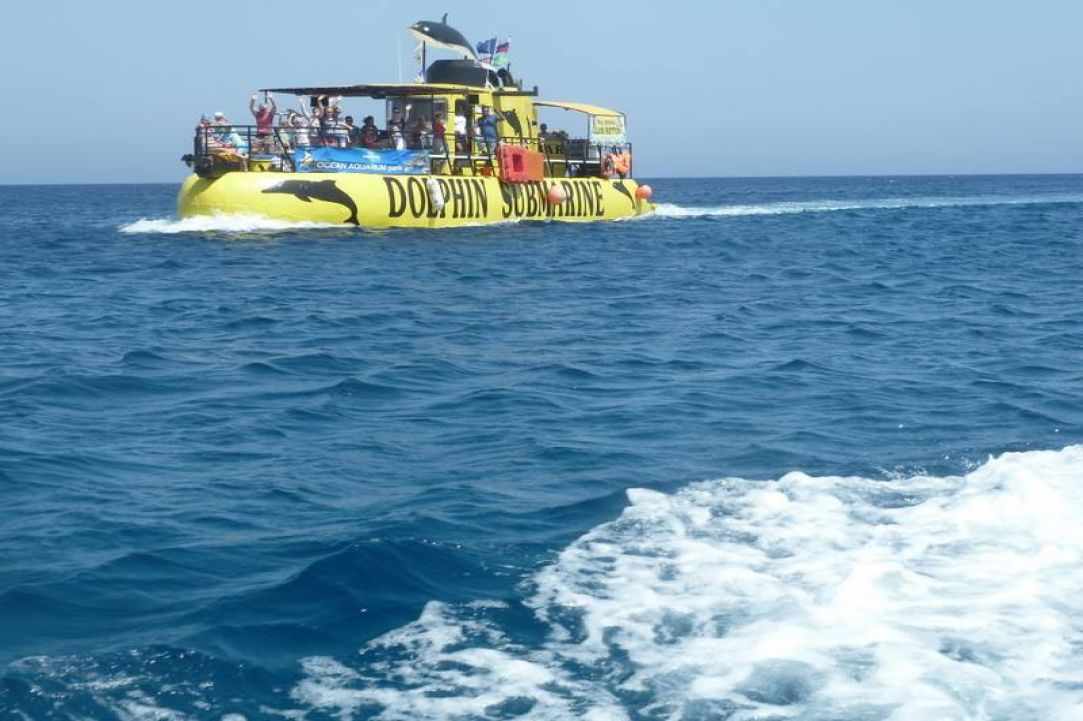 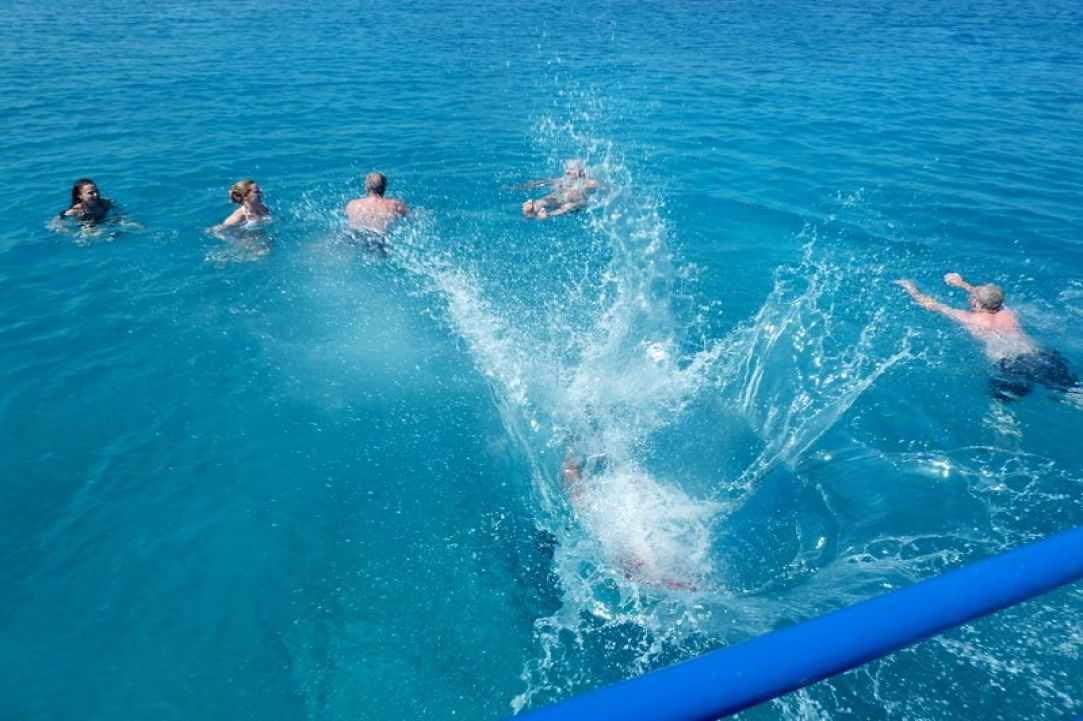 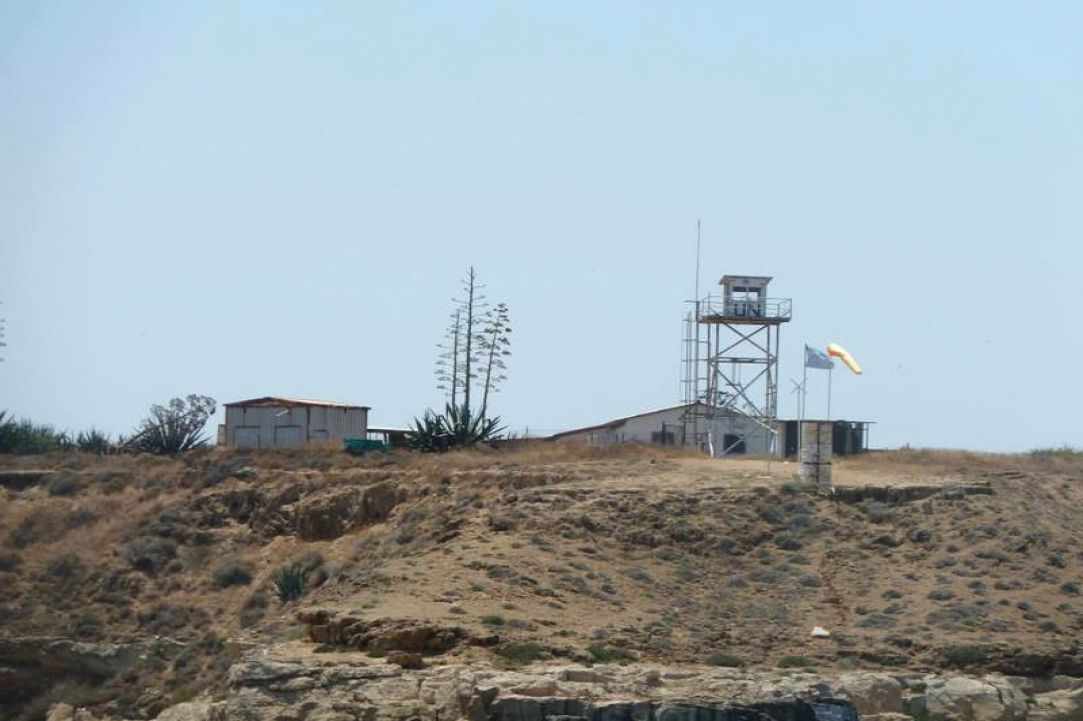 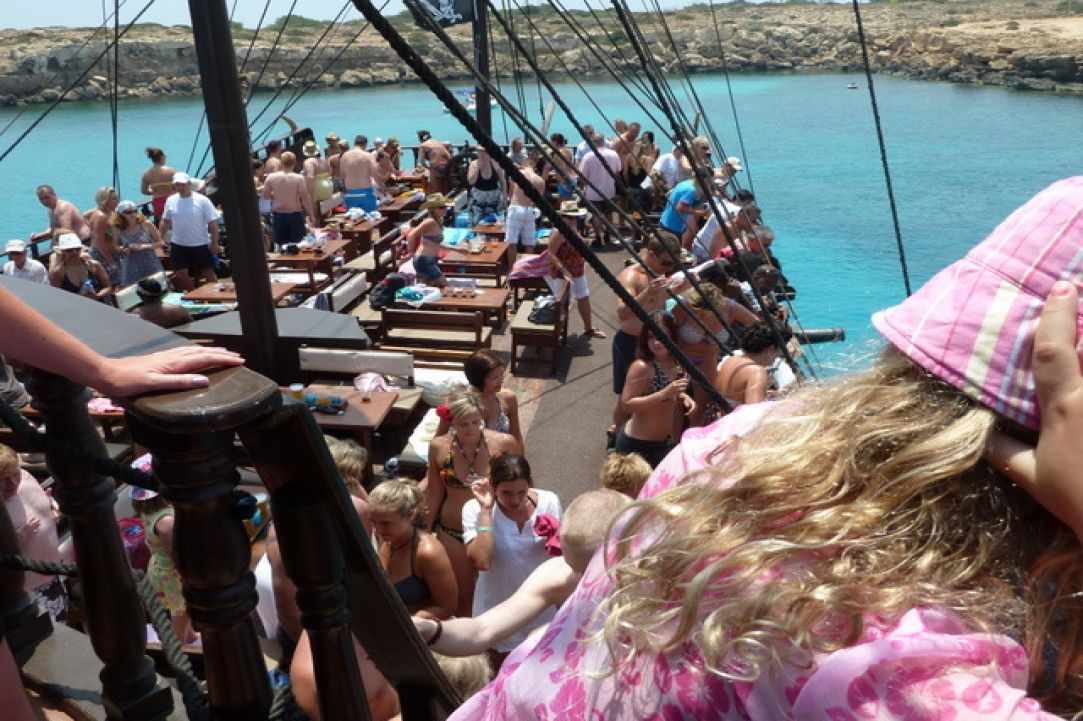 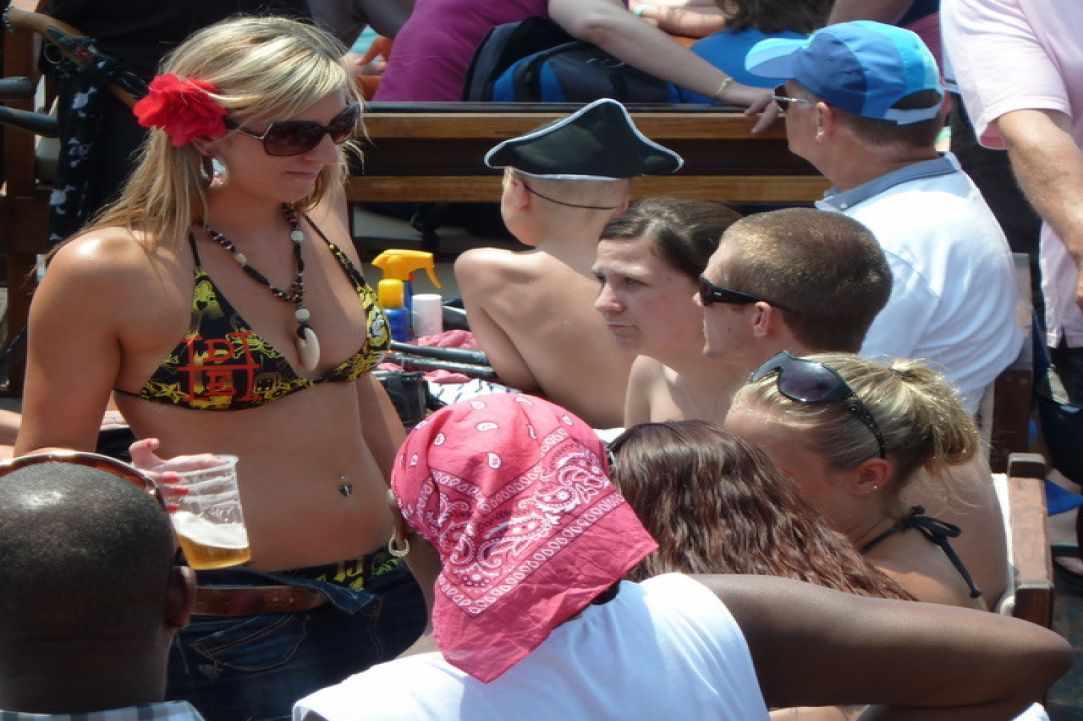 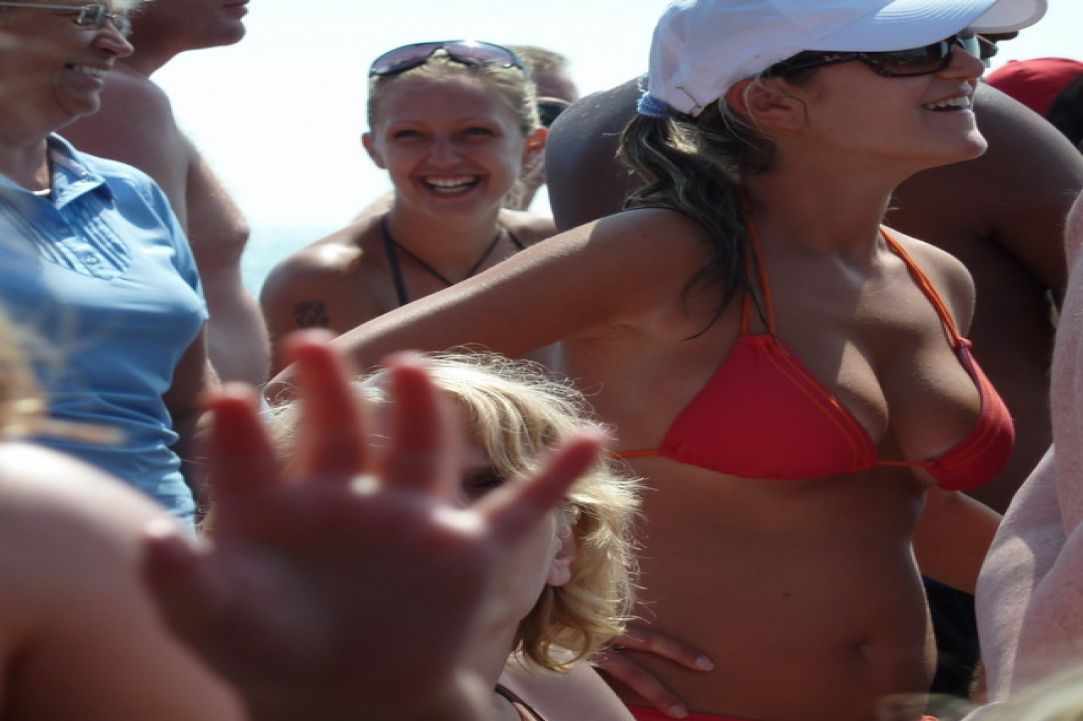 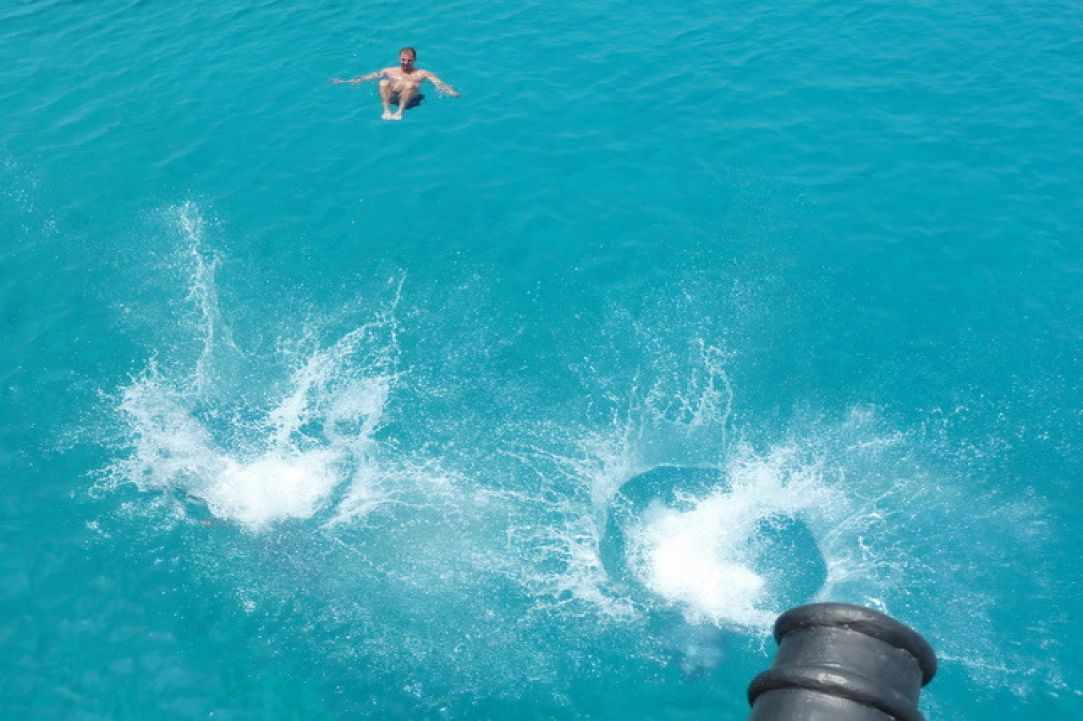