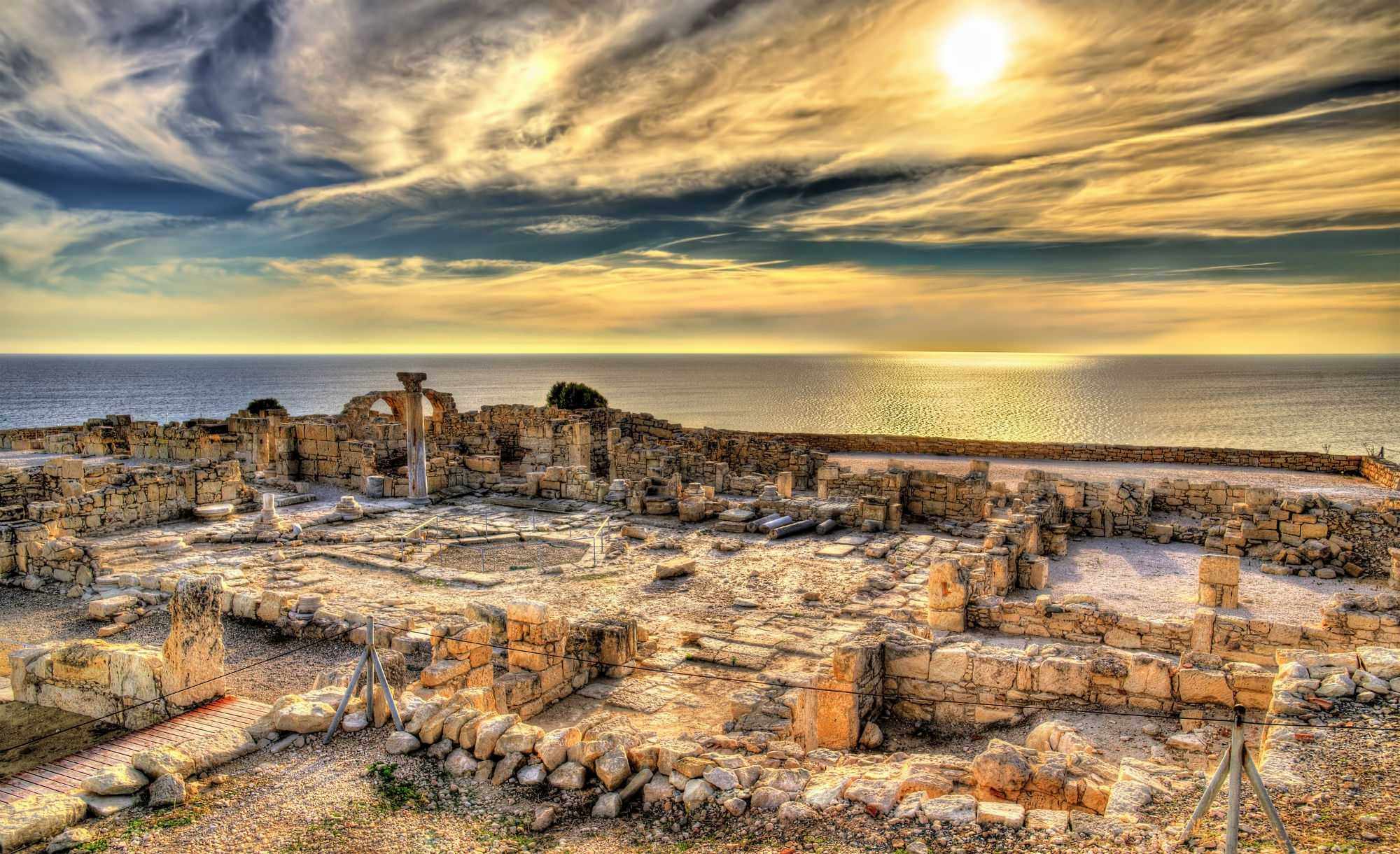 Our historical past ...resulting in our present nationality

The islands characteristics are a result of its' remarkable history!

Cyprus is one of the most popular holiday destinations due to its' strong strategic location within the Mediterranean Sea.The third largest island and a stop off point for three major continents (Europe, Asia and Africa). The islands' location is also the main reason why many civilizations conquered Cyprus.

8200 - 3800 BC: Neolithic Age
The first signs of permanent settlement in Cyprus.

480 - 330 BC: Classical Period
Cyprus became part of the Persian Empire. Evagoras I (King of Salamis) developed the island into one of the most important political and cultural centres of the Hellenic world.

310 - 30 BC: Hellenistic Period
Persian (Iran) rule came to an end during the Hellenistic period, during Alexander the Greats' campaign to the East. Cyprus was mainly used as a military base by the Ptolemies (Hellenistic colony in Egypt). Ptolemies exploited the island’s natural resources.

30 BC - 330 AD: Roman Period
Roman (Italian) exploited Cyprus copper mines.Under Roman rule, as a result of trade, Cyprus enjoyed a three hundred year period of economy growth. During this period was the conversion of the island to Christianity by the Apostles Paul and Barnabas (45 AD).

1192 - 1489 AD: Frankish Period
Richard the Leonheart (King of England) conquered the island and then sold it to Guy de Lusignan, French nobleman and king of the Latin state of Jerusalem.

1489 - 1571 AD: Republic of Venice
The last queen of Cyprus, Caterina Cornaro, ceded the island to Venice in 1489, where upon Cyprus became part of the most serene republic.

1571 - 1878 AD: Ottoman Empire
The Latins were expelled from the island and a for the first time a Muslem community was established in Cyprus.

1878 - 1960 AD: British Rule
Under a secret treaty established between Great Britain and the Ottomans, Cyprus ceded to the former.

1940 - 1945 AD: British Rule - World War II
6,000 Cypriot volunteers fought under British command during the Greek campaign in world war II after the invasion in Greece during 1940. British foreign secretary Anthony Eden promised the Cypriots their independence after the war was won, but sadly this agreement was never reached.

1955 - 1959 AD: British Rule
The Greeks of Cyprus continued to press on with their demand for national restitution and union with Greece but the British government continued to decline. Facing a political deadlock, the Greek Cypriots waged a national liberation anti colonial strive by the 'National Organisation of Cypriot Fighters' (EOKA). The struggle resulted the cease of the British rule, but not to a union with Greece. The British kept some selective locations as military bases.

1974 AD: Military coup d'état - 1st October (15th July)
A military coup d'état by the Cypriot National Guard and the Greek Military Junta of 1967–1974 took place on the July 15th. The coup plotters deposed President Makarios III, replacing him with pro-Enosis nationalist Nikos Sampson as a dictator. This led to the formation of a regime described as a puppet regime. The aim of the coup was the seizure of the island by Greece resulting in the establishment of the "Hellenic Republic of Cyprus".

1974 AD: Turkish Military Invasion
On the 20th of July 1974, the Turkish military invasion of Cyprus was launched (just five days after the Cypriot coup d'état on the 15th of July 1974). The Turkish forces invaded and captured 3% of the island before a cease fire was declared. The Greek military junta collapsed and was replaced by a democratic government. In August 1974 further Turkish invasion resulted in the capture of approximately 40% of the island. The cease fire line from August 1974 became the United Nations Buffer Zone in Cyprus and is commonly referred to as the Green Line. Until today, part of Cyprus is still under Turkish occupation and Turkey is still attempting to establish an illegal state, currently not recognised by any country. For many years, political leaders have been trying to find a solution through diplomatic channels.

2016 AD: Re-development and Prosperity
A successfully outcome was achieved from the Memorandum.