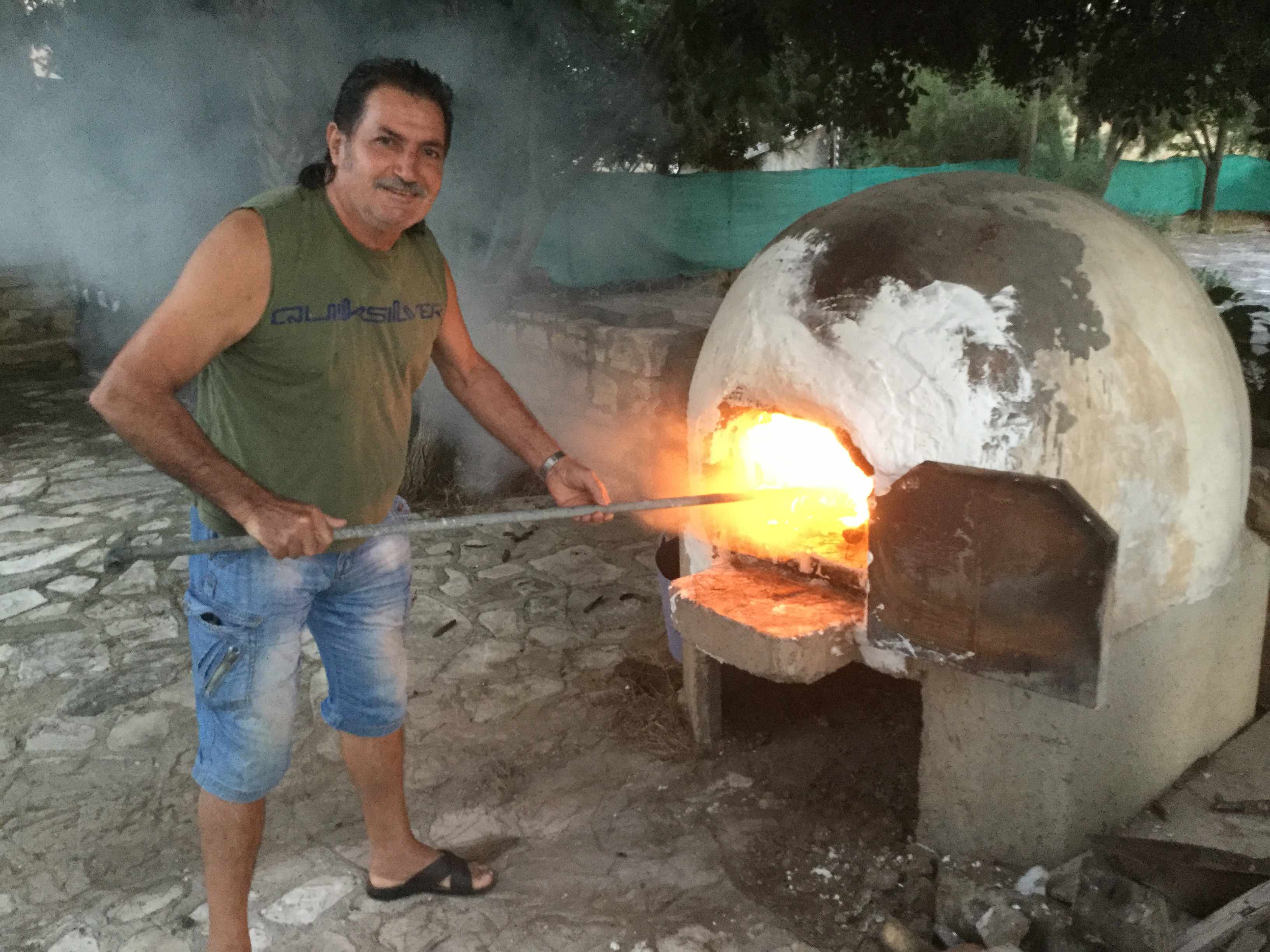 “Where does one buy wood for the oven around here?” I asked in my first few days of running the little “Kafestiatorion” of Lageia. The villagers laughed. “ You don’t buy wood. You find it at the roadside or in the forests from dead branches that fall from the trees.
Our tendency as a human race is to migrate to towns. We go to colleges and universities and learn many wonderful things, but there is much about life that we unlearn, knowledge and skills of the basics of life, that stay in the hearts and minds of the villagers. Overall, I would say they have a much more ecological way of life than townsfolk.
When I first came to Lageia I surveyed with dismay the cracks and gaps in the old oven. These are a definite no-no for kleftiko. You see it is not the burning flames that slow-cook the meat. It is the heat of the oven bricks that have been fired up for an hour with furnace-like burning wood.
“No problem, said my friend Kyriakos, “I can fix that with some plaster”. We went down to Choirokitia (the nearest village with some shops) and bought a sack of plaster powder. On our return, he mixed it and plastered over the cracks. The next day he brought in his pick-up a pile of wood from the roadside and showed me how to prepare the oven and have suitable wood ready to stoke up the fire more.
On the Sunday Kyriakos came with his wife, Margarita. Kyriakos demonstrated the wood burning and Margarita showed how the meat should be prepared. We covered the trays of meat and potatoes tightly with aluminium foil. After pushing the embers to the side of the wood oven we put in our two trays of meat. Then we quickly sealed the door and chimney with mud that had been prepared in advance. This is a very important part of the process. The sealing with mud ensures that the oven is starved of oxygen so that all flames and burning embers are extinguished. If they are not extinguished, the food will burn. Only the heated bricks of the oven floor and walls cook the food over the next four or five hours (many people cook it for several hours more). On another occasion Lefteris, another friend with a Lageian “exohiko” (second home in the countryside), explained how we tell that the oven has reached a sufficiently high temperature. Initially the walls are black, but eventually they turn white. That is when the oven is ready. 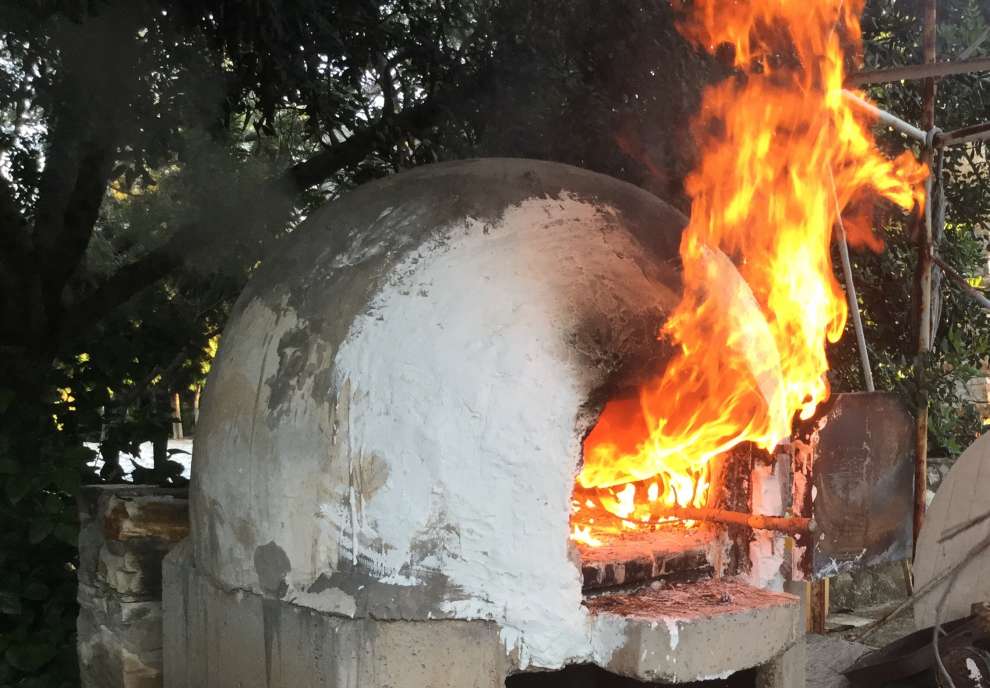 We sealed the oven with mud at 8am that day. At 1pm we chipped away at the mud and brought out the two trays of Kleftiko. It was an instant sell-out, and has been popular every Sunday since. The best time to have it is just as it comes out of the oven. 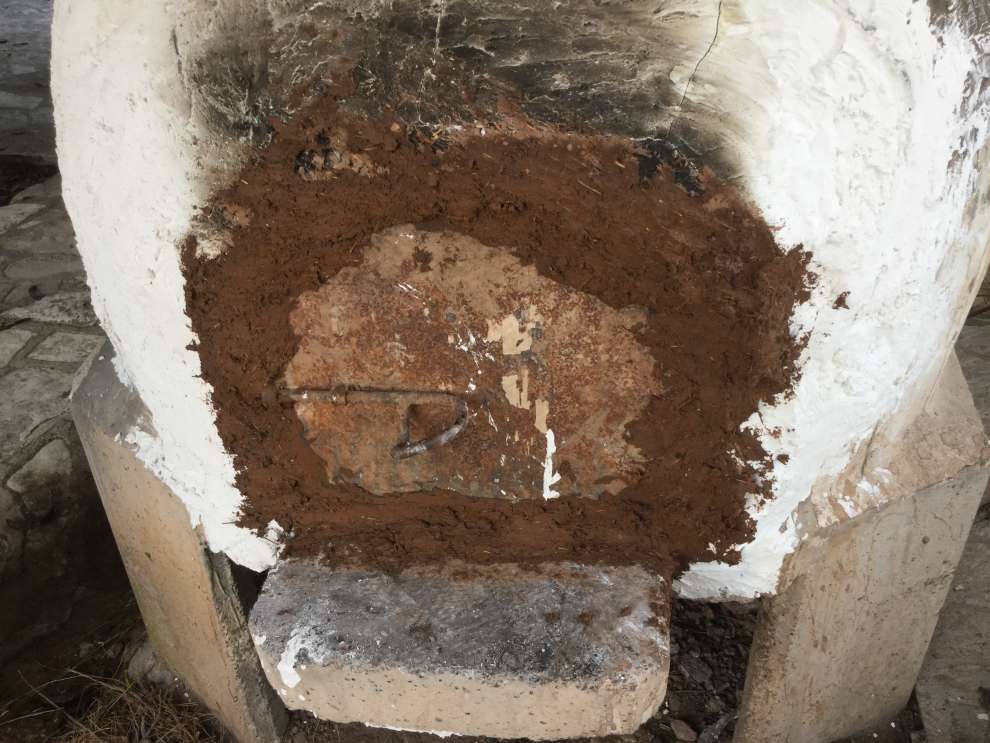 Most of you know what “Kleftiko” is, but do you know whence the word originates? It comes from the Greek word “Kleftis” meaning robber or brigand. There are different stories about the origins of the word but both say that in bygone days brigands used to steel sheep and make holes in the ground in the forests where they would put burning embers and a complete sheep. They would cover the holes with earth so that there would be no smells or smoke to give them away.  They would go away on their daily business and come back to camp to a nice slow-cooked dinner. One version of the story has it that the brigands were resistance fighters, fighting the Turks when Greece was under Turkish occupation – a bit like Robin Hood and his merry men, helping the oppressed. The other version is that they were just brigands. Whatever the true nature of these brigands, a tradition developed throughout Greece and Cyprus of slowly cooking lamb (or more popularly goat) in dome-shaped wood ovens. 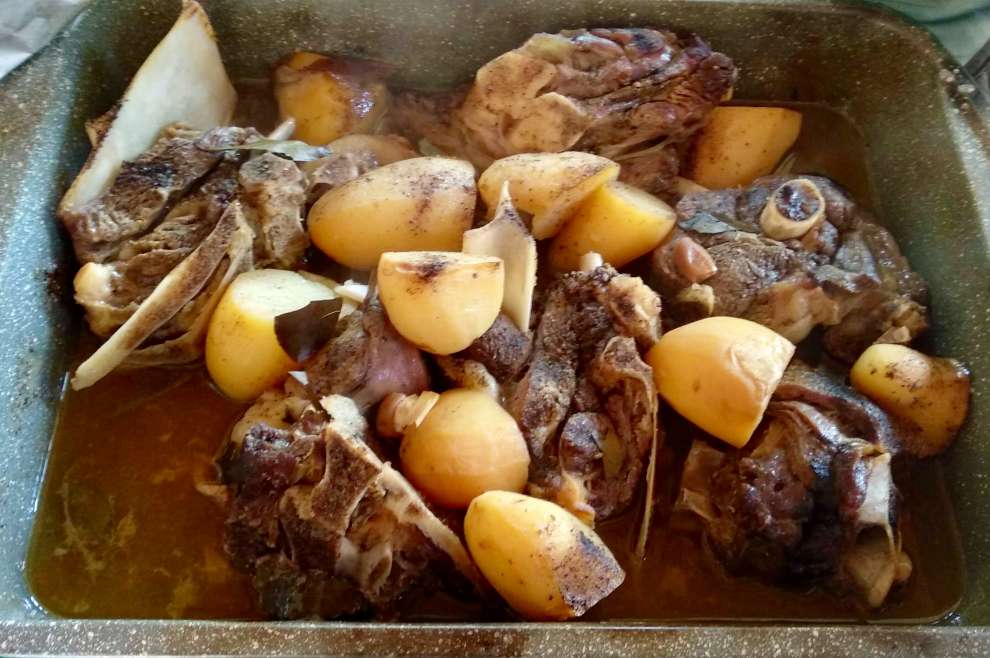 Vegetarians and vegans will regret that so much meat is eaten by Greeks of both Greece and Cyprus, but even in this aspect, the tradition is more ecological and humane than most Western farming practices. The animals roam the countryside, grazing under the supervision of a shepherd or goatherd. They are not cooped up in isolation as in many European and American farms geared to maximising  profit above all else. Nor do they have to be fed huge doses of antibiotics to keep them going through terrible living conditions. 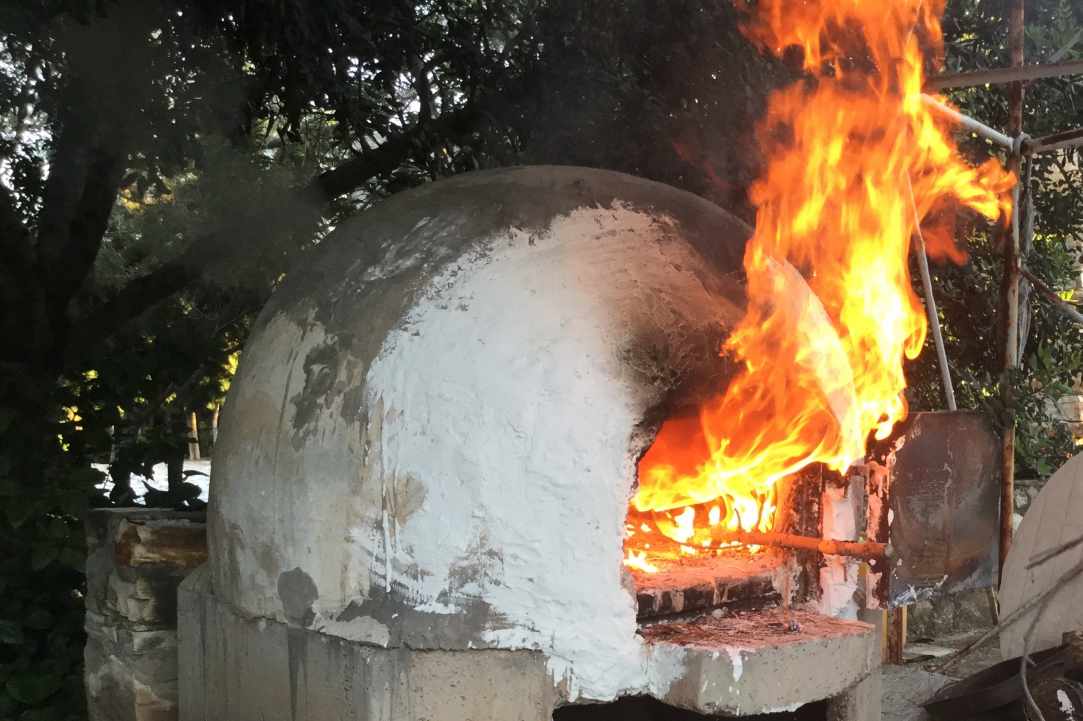 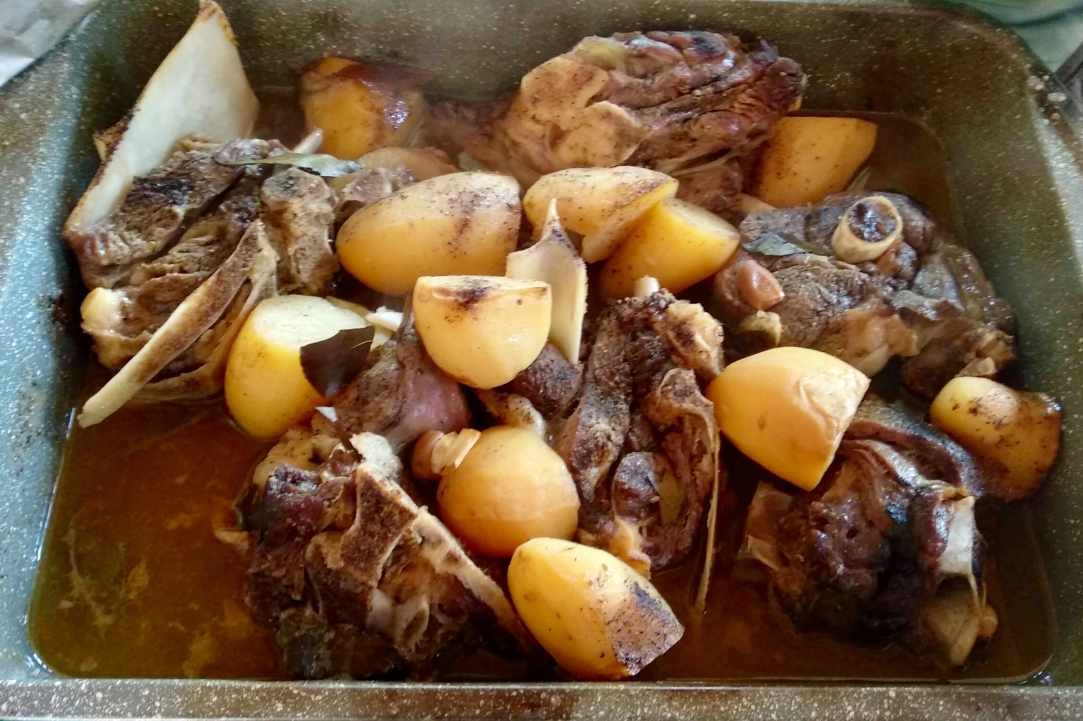 Make the most delicious vegan mayonnaise

Mayonnaise without guilt and only 3 ingredients!

Use Nature instead of drugs and antibiotics

Nature has helped many, it can help you too! 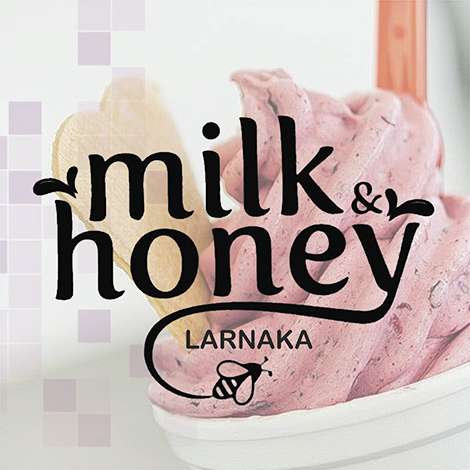