Dedicated to the Miraculous Saint Herakleidios, one of the first and most important Hierarchs of the Island of Saints, Cyprus.

The Monastery of Saint Herakleidios is one of the first women's monasteries in Cyprus, starting its operation in 1963. It is located in the olive groves of the village of Politiko where the ancient city of Tamassos was located. The church was built in 400 AD. on the site of his tomb.

The monastery was destroyed and rebuilt many times. Today's building dates back to 1773 when Archbishop Chrysanthos renovated the church and the monastery. In the Monastery are saved the carriages and pieces of the relics of the Saint, where many believers visit to worship the Saint's cart and reveal themselves spiritually. 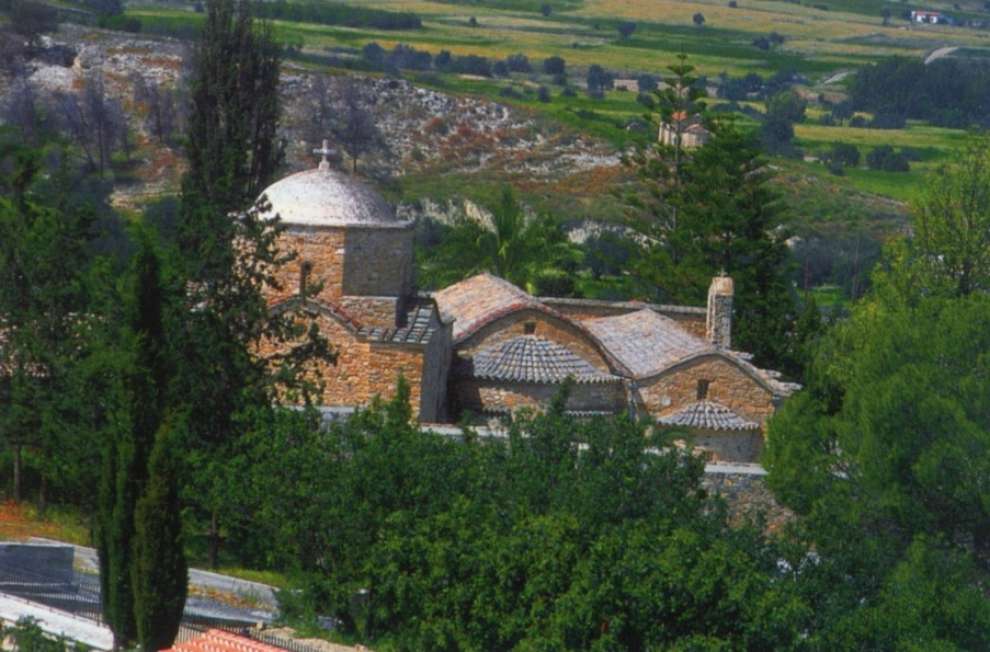 Saint Herakleidios was the son of an idolatrous priest. He was ordained Bishop of Tamassus by Apostle Paul and Apostle Barnabas.

In 400 AD. above the tomb of Saint Herakleides, which is situated in a cave where he lived and preached a martyrdom was built, that is a small tomb-building monument.  During the 5th century a monastery was founded in the area, dedicated to Saint Herakleidios, which as a catholic had a three-aisled basilica. This monastery was destroyed in the 8th century and in its place a new one was built. In the ruins of the demolished martyrdom, a mausoleum with a mosaic floor, decorated with geometric representations and a monogram of Jesus, was built. The monastery of this building phase was preserved until the 15th century, as did the mausoleum, the floor of which was covered with marble. Traces of the most ancient monastery are preserved under the foundations of the modern monastery. After 1821 the monastery was dissolved and its property was rented by the Archbishopric of Cyprus to individuals called "caretakers". During this phase, the temple and buildings of the monastery suffered great damage, and even threatened with collapse. On July 23, 1962, the monastery re-operates as a female community.

At the monastery of Saint Herakleidios you can find: 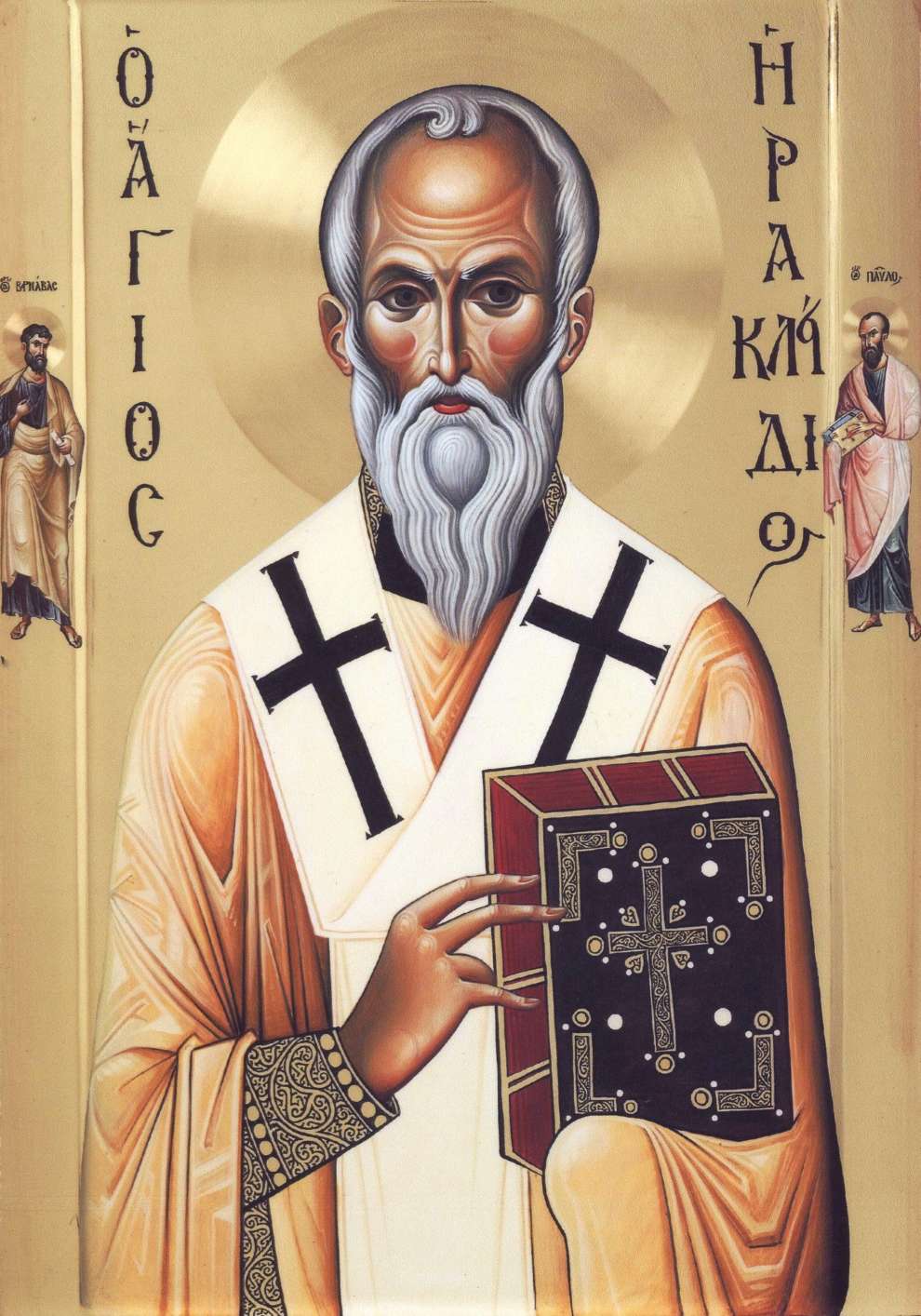 He was born in Lampados or Lampadistos, a village close to today's village Mitsero.

During the first tour of the apostles Paul and Barnabas in Cyprus in 45 AD. in the area of Solea, at the village of Lampadistos, they met with Ieroklis the idolatrous priest. Ierocles often offered food and hospitality to the passers-by, so he invited the apostles to his home. But the Apostles refused kindly and asked him to show them the way that led to Chionistra.

Ierocles sent with the Apostles his son Herakleidios to show them the way.

During the time Iraklidios spent with the Apostles he believed in Christ and was baptized by the Apostle Barnabas in the Soli River. Afterwards, they went to a cave near the river, where they stayed a few days continuing their teaching. Arriving in the area of ​​Tamassos, the Saint was ordained bishop by the same Apostle, where the inhabitants of the city welcomed them.  After the apostles departed, Saint Heraclides lived in a cave in the Tamassos area.

Saint Herakleidios, after his ordination to Bishop of Tamassou, had many tours throughout Cyprus and ordained bishops in the cities. In one of these tours, he teached his parents and brothers, and baptized them all in the name of Jesus Christ. The miracles mentioned in his life are many: resurrections of the dead, the rapture of the demons and the sick, rescue of people who were in danger.

In his work, however, he encountered reactions from the idolatrous inhabitants of the Tamassos area who attacked one day against the church of the Christians. The Saint then cursed them and because he was very upset he became ill. After three days, on September 17, he slept at the age of sixty. The Christians buried him in the cave where he lived with his disciples.

Since then, this place has become a source of sanctification and healing, not only of the body but also of the souls of the worshipful pilgrims. The miracles experienced by patients with vertebrate, middle and bones problems are many. Today, where his larnaca was with its relic, the pilgrims lie down and invoke the help, put on their skin oil from his lamp and take the grace of the saint. Healed pilgrims also tell many other miracles such as cancer cures, childbirth in childless couples, rescue from a certain death.

The church celebrates the memory of the Saint Herakleidios on 17 September. 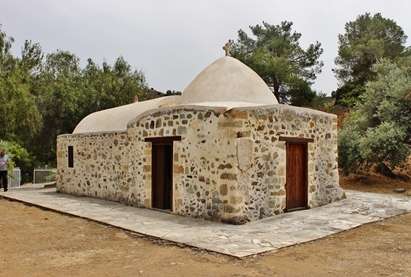