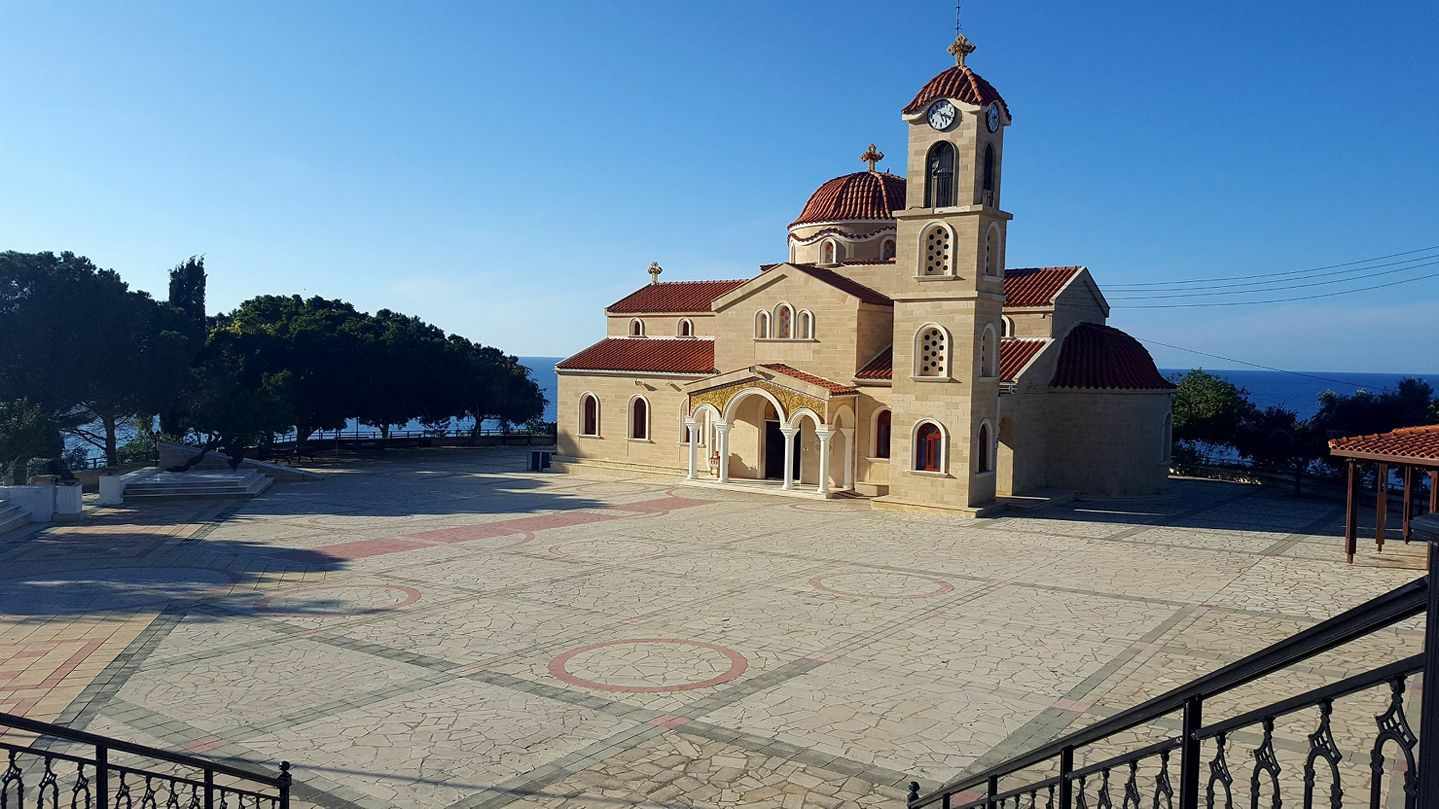 The “Church of Saint Raphael" is located in the village of Pachyammos (Nicosia).

The Church was created by a miracle of "Saint Raphael" to a resident of the region!

The “Church of Saint Raphael" is located in the village of Pachyammos Tillyrias and is geographically owned by Nicosia.
The Temple is situated at the foot of the Lorobunus, in a border area where during the turbulent period of 1964, fierce battles took place from the Turkish air raids. 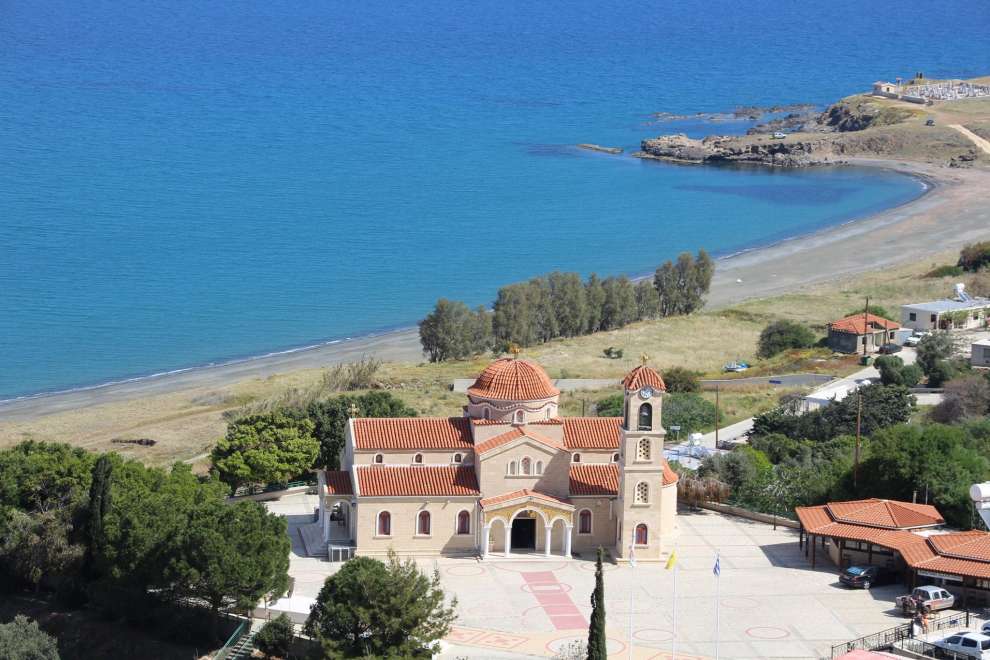 The "Holy Temple of Saint Raphael" is a magnificent temple built in Byzantine style.The interior of the temple consists of a wooden carved icon screen with icons of the Saints of Orthodoxy. The whole temple is hagiographed.
From the Church's courtyard, guests can admire the splendid view in front of them. 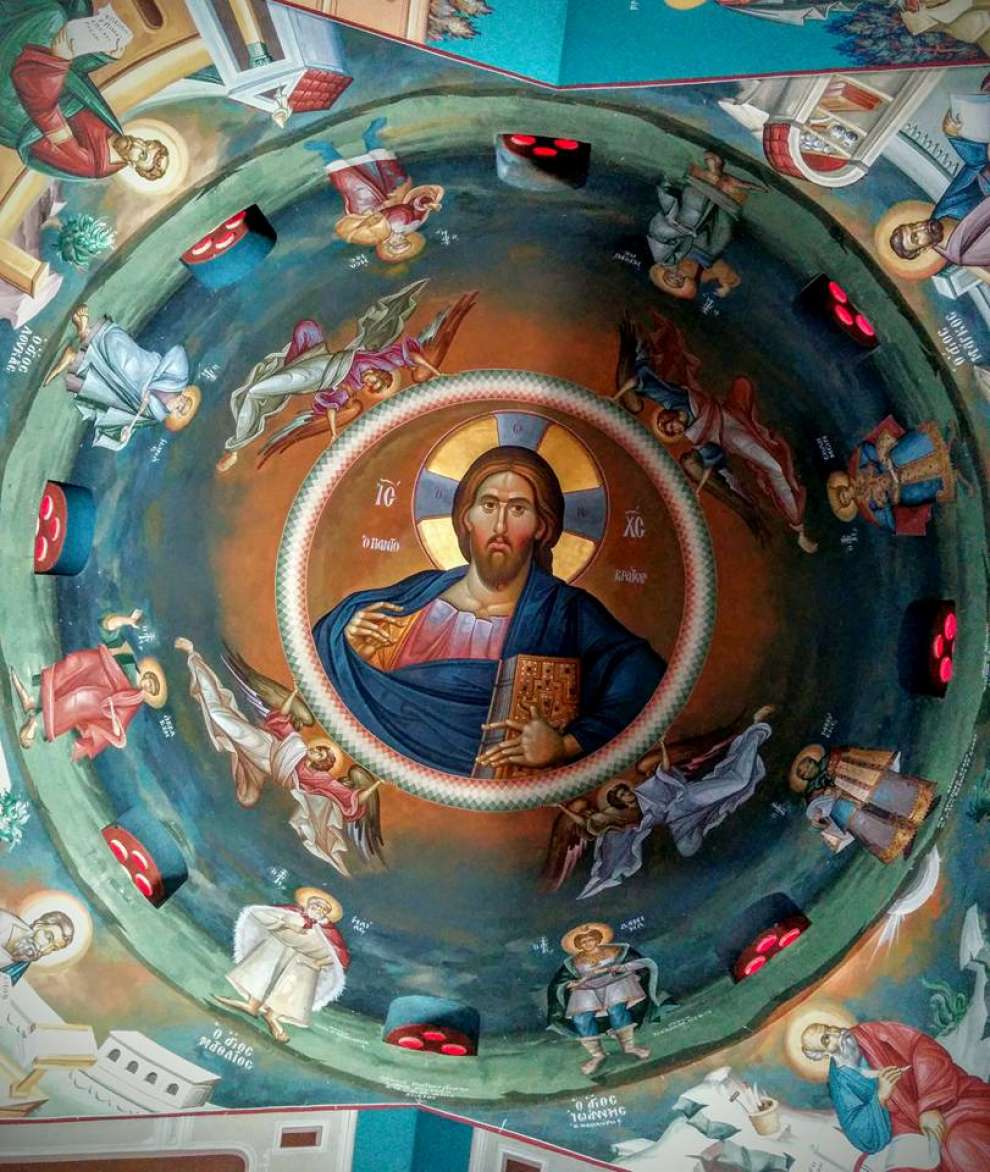 Every year the temple receives thousands of visitors from all over Cyprus.

Saint Raphael is celebrated two days after Holy Pascha (Easter) and is one of the choirs of the Most recent Saints who martyred almost immediately after the fall of Constantinople in 1453 AD.
The construction of the Sacred Church was created by a miracle of Saint Raphael to a resident of the region.

The therapy of Neophytos Socratos in 1987 was the construction of the Holy Temple.Socratous, "after two consecutive surgeries, continued to suffer from unbearable pains.Some lady gave him a book of miracles of St. Raphael. He read it and became convinced that the Saint would heal him. One night, and despite all his terrible pains, he earnestly pleaded with the Saint and managed to sleep for a while. In his sleep he saw a tall, handsome doctor who told him: "I will do your surgery and you will be well."He began operating on him with the help of a young nurse, who was no other than Saint Irene. When the doctor left, the little nurse, who was still cleaning the place, assured him that he would be good. He woke up and from that moment on he was all ok.
The therapy of Neophytus greatly troubled his brother Michalis Sokratus, who was indifferent to hostile to the religious and ecclesiastical things. Thus he overcame his hesitations and used the oil and the holy water. He felt better and finally decided to get the book with the miracles of the saint. His own brother, Neophytos, asserts that it took the Saint to encourage him to offer the oil, the holy water and the book to Michalis. His wife prevented him: "Since he does not believe, you will make him angry and it will be worse."
The two brothers, Neophytos and Michalis, then visited the monastery of the Saints in Mytilene. On the return, the desire to do something for the saint was born in Michalis. A chapel or even a picture in Pachyammos anywhere else. In the selection of the place was also his acquaintance with Father Theodore Papamichael, who had previously performed the sanctification in his shop. So in August he visited Father Theodoros in Pachyammos and told him of his intention. Then his priest confided to his deep desire to build a large church in the village to serve his needs, as the small chapel of the village is small and the situation becomes tragic every August, where crowds are coming from all over Cyprus for the memorial service of the heroes of Telliria. Michael, as he asserts, spoke quite spontaneously: "If you build the church in the name of Saint Raphael, I will give you the first thousand pounds and I will be able to start a fundraiser for its completion." 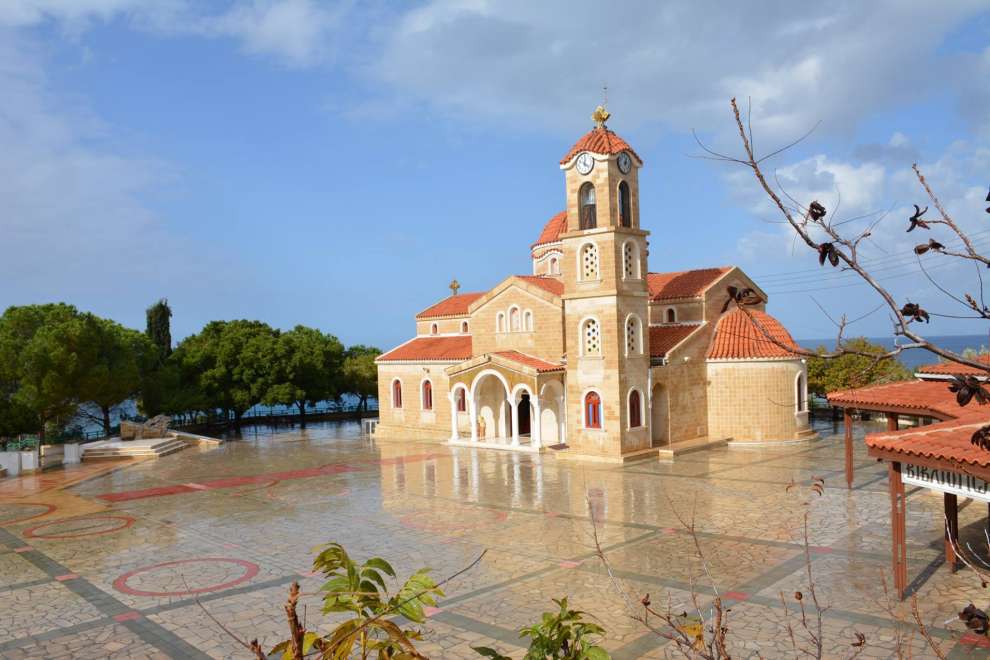 Photo:"Raphael Michaelides".
Father Theodore had no objection, like his fellow villagers. Later, the Metropolitan gave his consent. On 30 January 1989, the Temple Building Committee was set up in the Metropolis. With several difficulties, but also with the grace of the Saints, the work for the construction of the temple began and intensified.
Today, the church is decorated with the Pachyammos community and is a pan-Cypriot pilgrimage 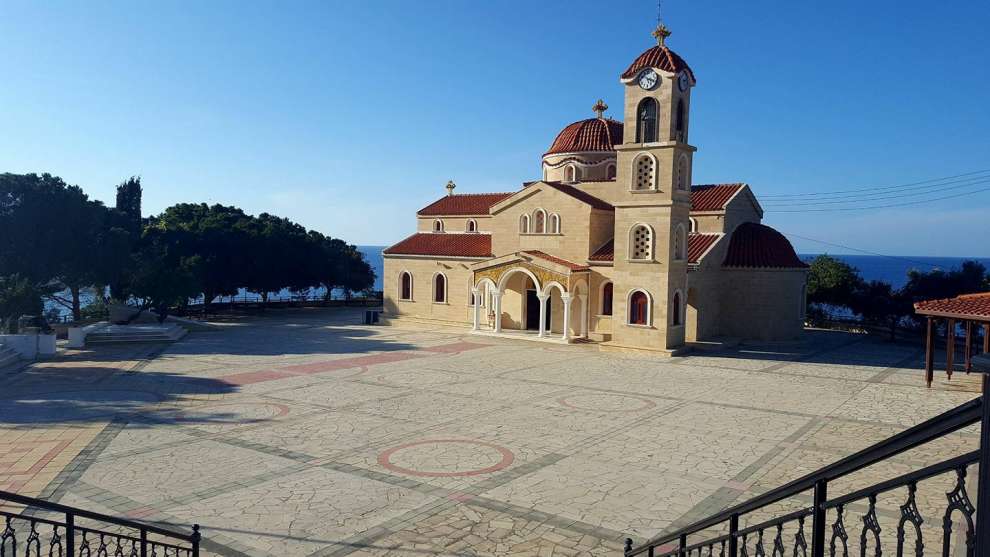 Latest (153) articles about ABOUT SIGHTSEEING