The White Cliffs of Lefkara

Such a picturesque village!

Outside the Church of the Holy Cross  in Lefkara , a sign explains the origin of the village’s name. Visitors are invited to look beyond the valley below, to the cliffs across the way. White chalk greets the eye, reminding one of the sea-ferry approach to Dover.  ‘Lefko’ is ‘white’ in Greek, and ‘oroi’ means ‘mountains’ so Lefkara means “the white mountains” after those white cliffs. Strictly speaking the slopes here may not descend sharply enough to properly be called cliffs, but that's my poetic license.

“I thought the Greek for white was ‘Aspro’,” I hear you saying.

Well it is, but Greeks have always learned more than one version of Greek, the Greek spoken now and the more formal Greek that was spoken in earlier times.  The church liturgy, for example, is enacted entirely in the Greek spoken 2000 years ago. ‘Aspro’ started to be used in Medieval times and derives from the Latin ‘Asprum’.  ‘Lefko’ (Λευκό) is the classical Greek word for white now used more formally – and exclusively in certain situations such as on the label of a wine bottle or to describe America’s ‘White House’.

Lefkara is an extremely picturesque village whose origins go back to the time when people were abandoning coastal regions and retreating to the mountains because of the constant threat of attack from marauding Arabs and Pirates. This was around the 9th century AD.  Lacemaking and embroidery is a 2000 year old tradition in Cyprus but it is towards the end of the 19th century that Lefkara started becoming famous for its lacemaking known as “Lefkaritica” and also for its silver handicrafts.

The village boasts a “Tavas Lefkaritiko” dish (as opposed to Lefkaritica for the lacemaking).  Definitely a dish to try!  It has all the cumin influence of a Cyprus Tavas, but contains rice with the meat (pork or lamb) and layers of courgettes and potatoes.  It really is quite delicious!

When I organise wine tours, I always like to balance wine interest with normal holiday enjoyment. In this area, I delight in including a little walk through the utterly charming, in part cobble-stoned, streets of Lefkara.

It was quite amusing when on a recent tour we had a guest called Chris. As we passed one of the many shops in the village selling lace, we saw “Chris’s Shop” in big letters above the entrance. “Hey there’s your shop Chris,” we all cried out in unison. The shop owner got up: “Hello. I am Chris.” “Pleased to meet you,” said our Chris, shaking hands. “Chris is the name.” 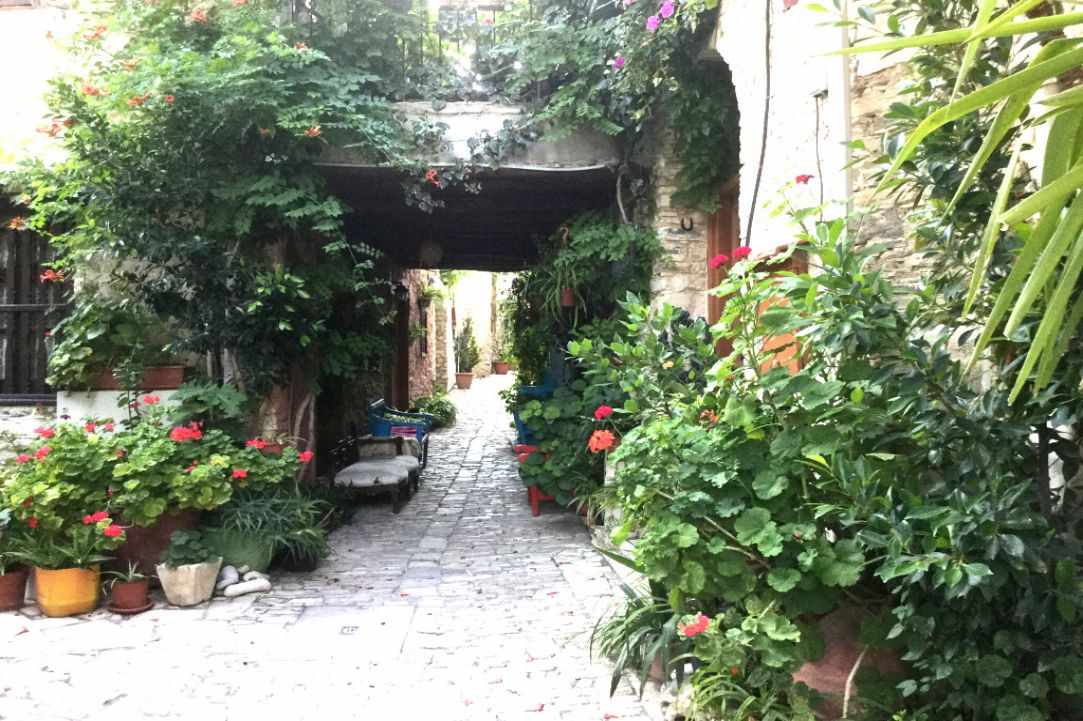 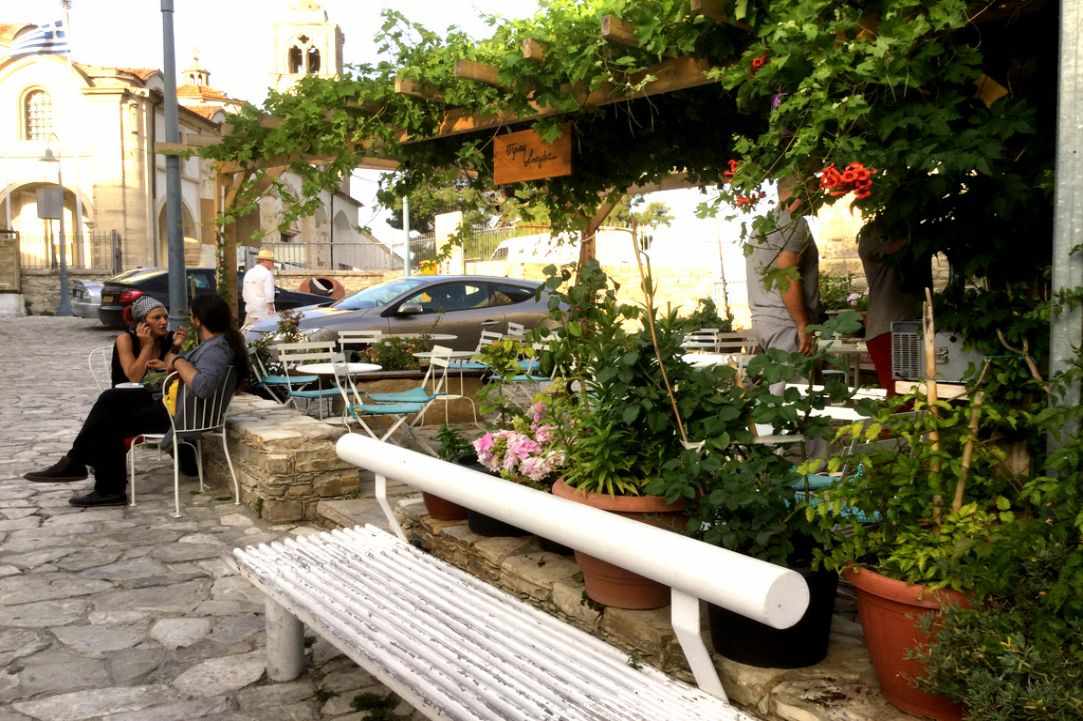 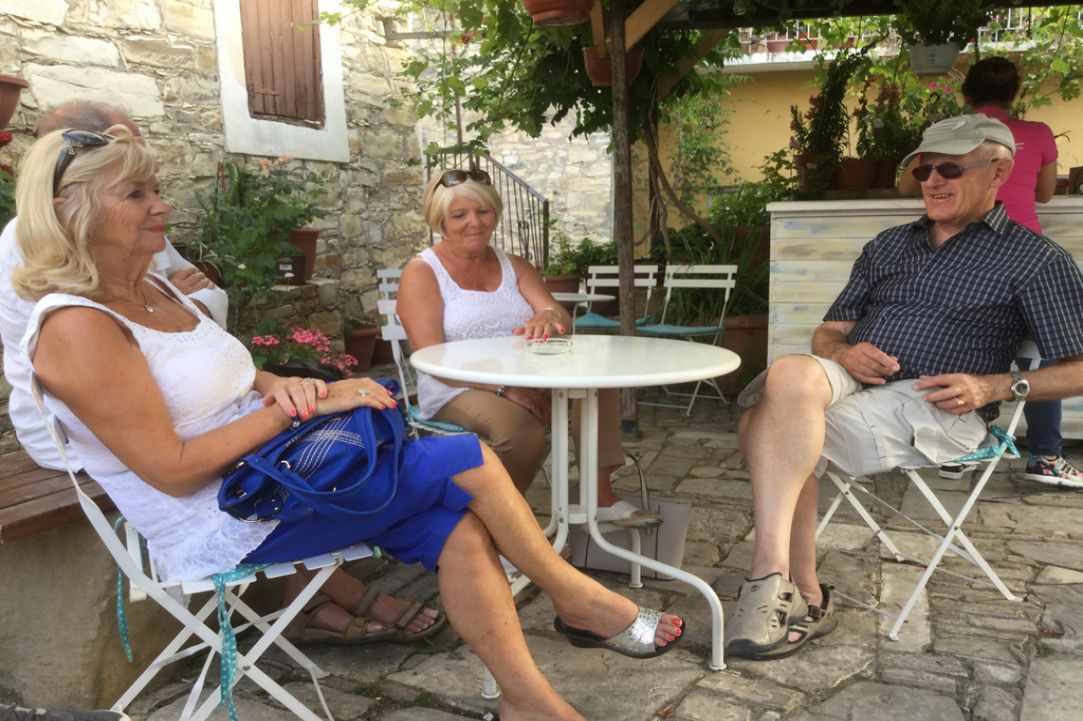 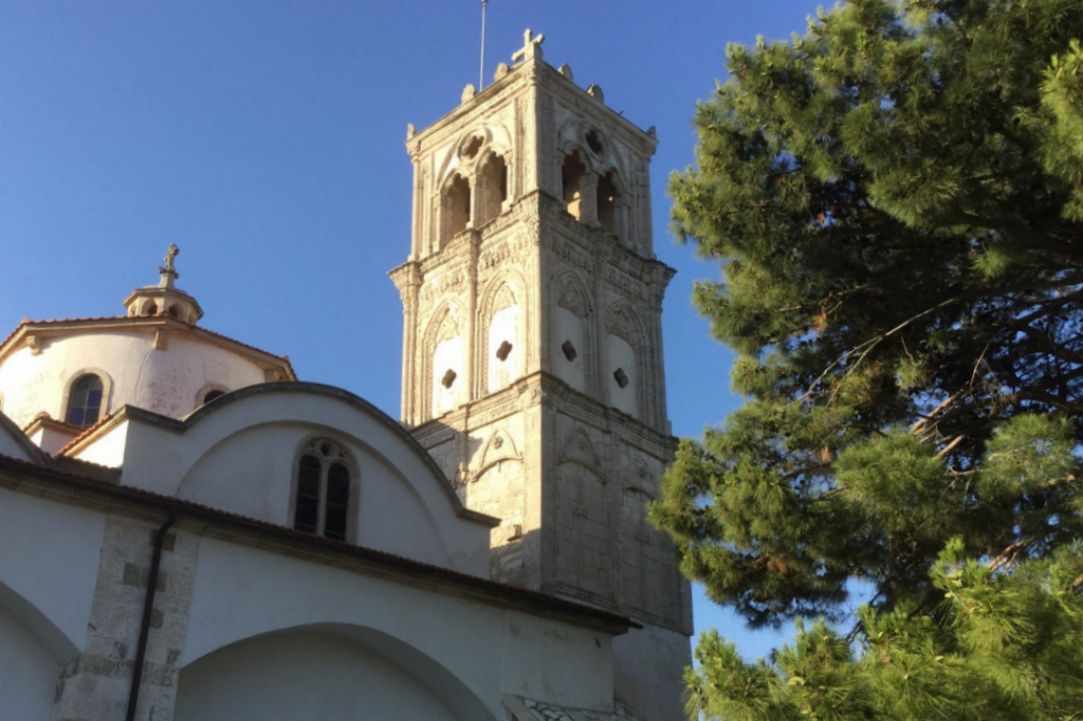 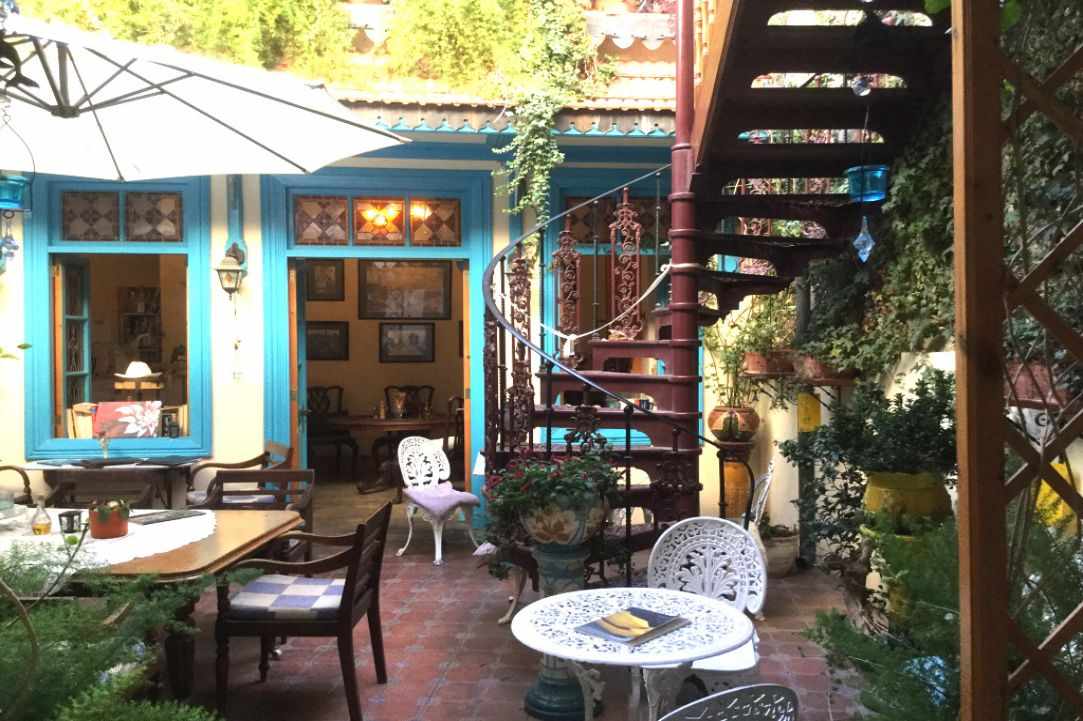 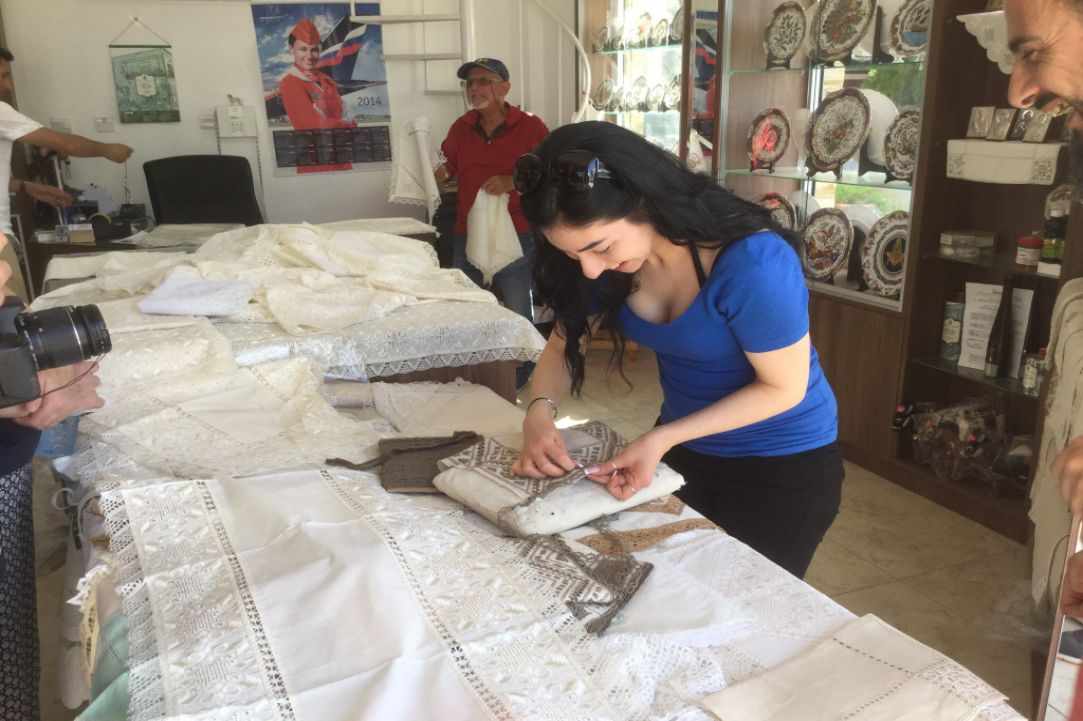 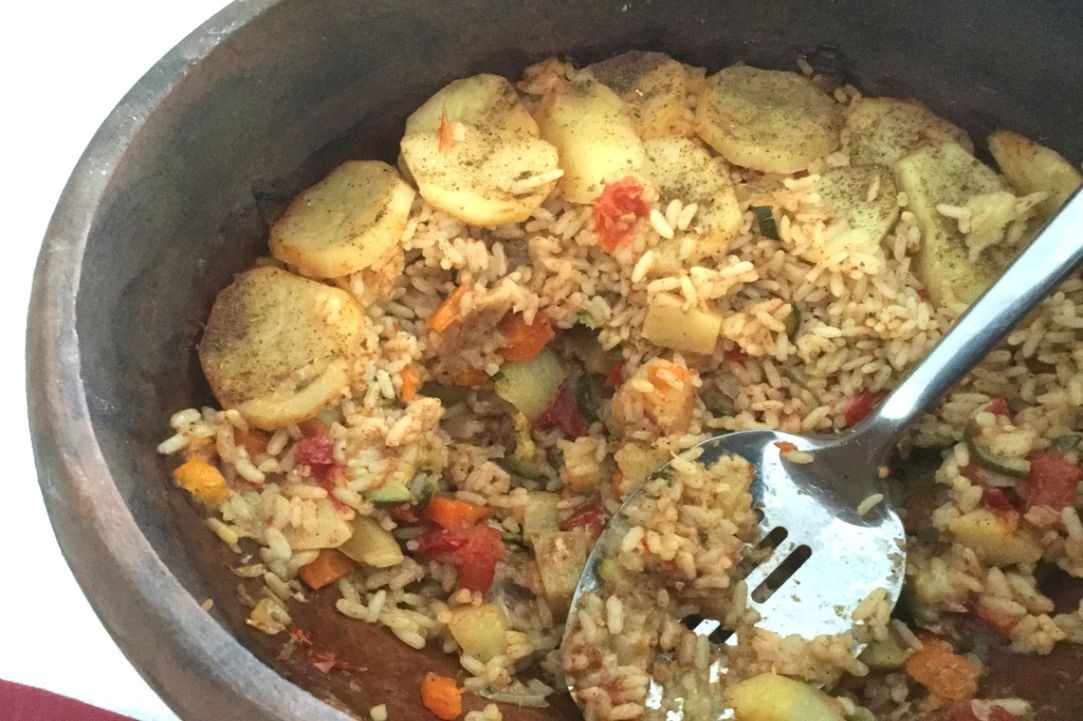 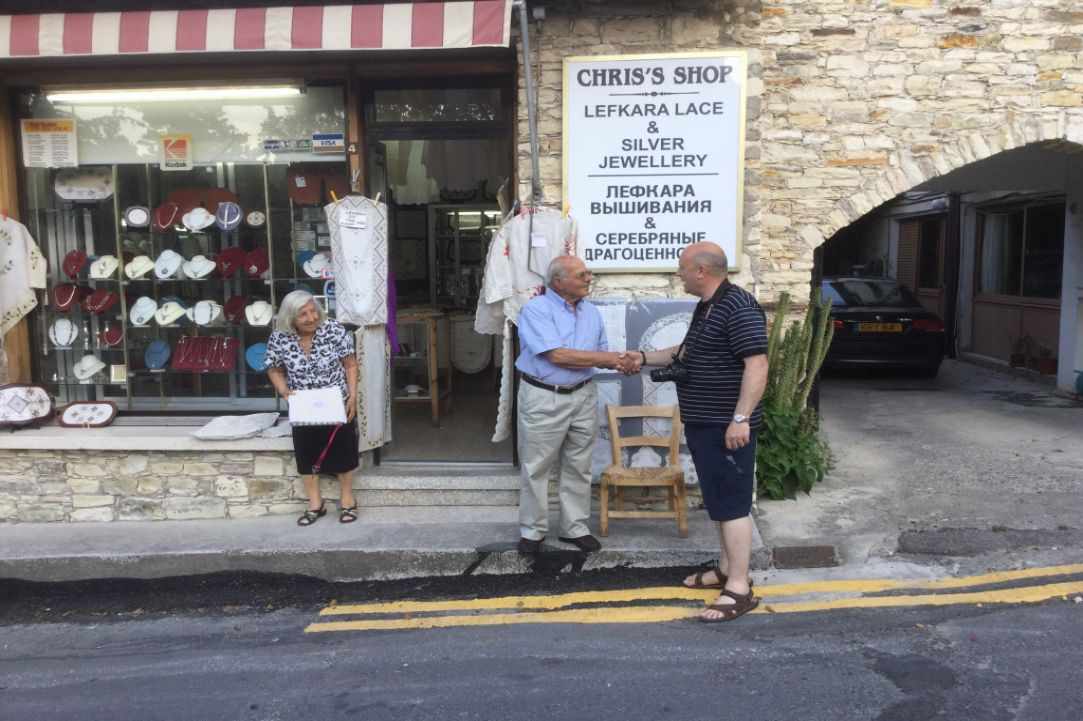 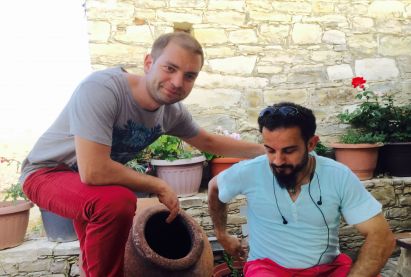