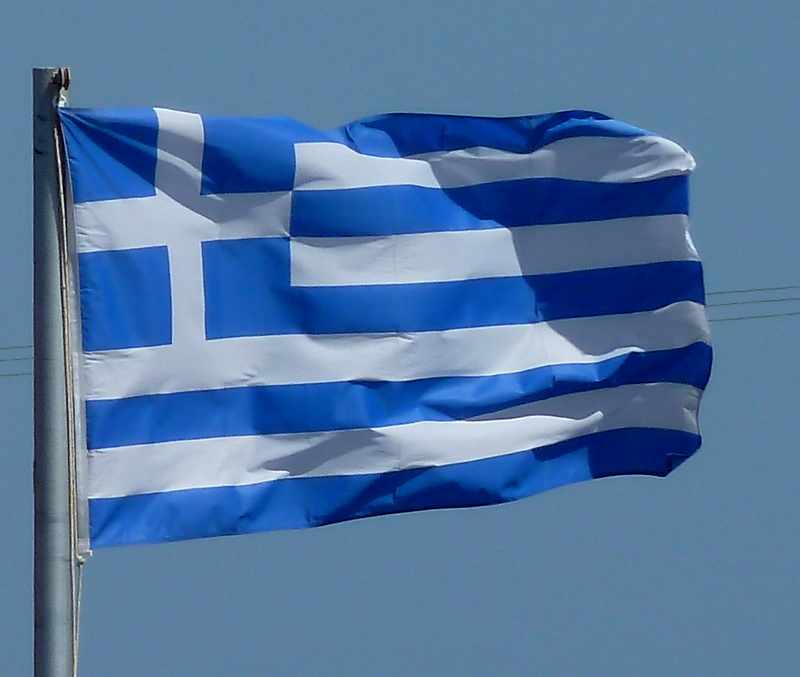 On the 25th of March we celebrate both the religious feast of the Annunciation and the official Greek Independence Day. This year we are celebrating the 200th anniversary of the beginning of the revolt against the Turkish Yolk. We are talking of the start of the revolt because Independence did not come in a day, but over many years. Ioannina, for example, in the North West of Greece did not achieve independence till 1913. 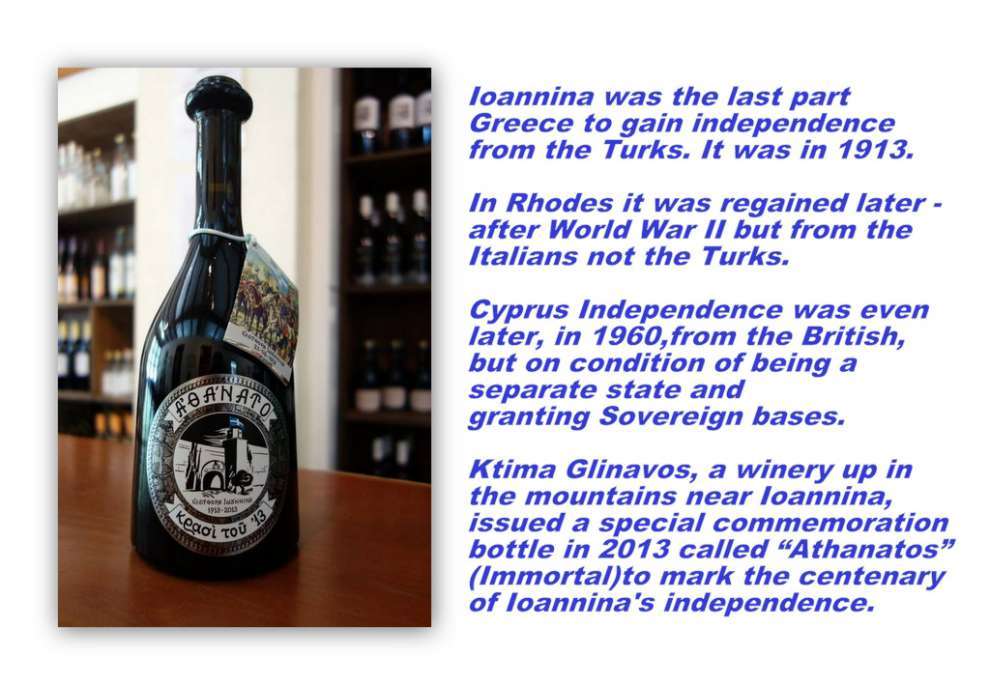 Some areas, such as Smyrne, were never freed and in Constantinople only a tiny number of Greeks have managed to even continue living there.

Great acts of heroism have been carried out by Greeks across the ages. From the sacrifice of Leonidas and his 300 Spartans, to the struggle of Kolokotronis and his resistance fighters, to the Greek army and people who followed Metaxa in his big “No” - in spite of the fact that we had no hope of winning, only of resisting.

A characteristic I have noticed amongst Greeks is a tendency to sit with the head held high and with the back upright. Once I was in a café in London and observed two men sitting at a table at the other end of the room. “I bet they are Greek,” I said to myself, “judging by the way they are sitting – like the man on the right in this photo that I took in Antiparos many years ago. 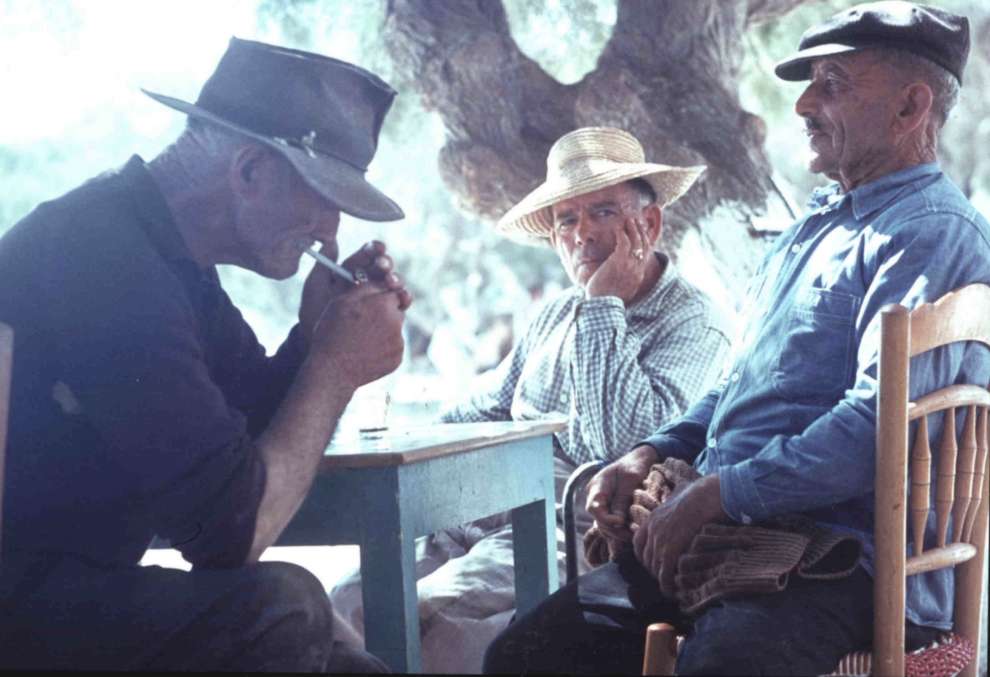 Sure enough, when I walked past them later, I could hear them speaking Greek. I think that this characteristic of Greeks comes from our historical roots. But now we have new enemies that threaten our freedom. From where they are coming is not always clear. We cannot carry on sitting head held high because of the bravery of our ancient ancestors, of our grandparents and of our parents. Each one of us now, only by our own deeds and attitudes can carry on holding our head high. 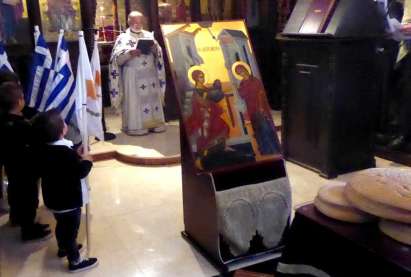 How we used to celebrate Independence Day before the Coronavirus