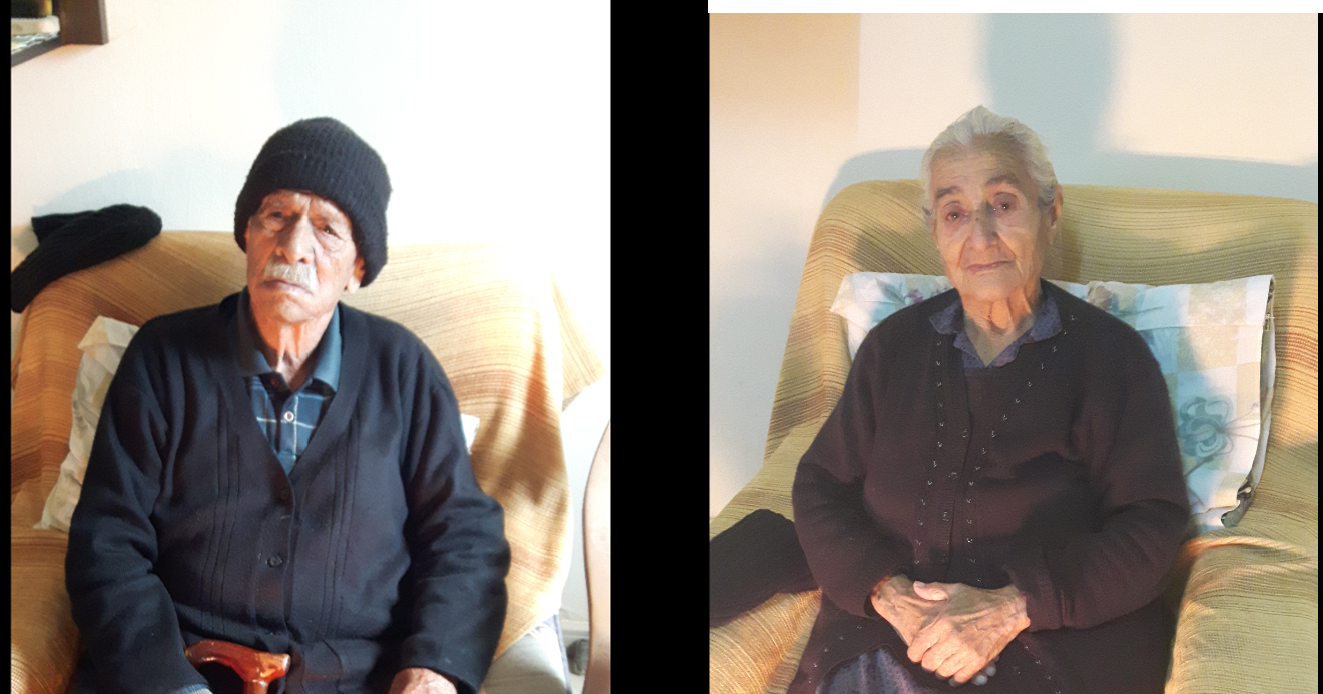 A traditional Cypriot wedding always have the same customs. But a relationship for a lifetime is always different and very interesting, considering that two people are still together 62 years!

Hambis Karayiannis was born in Lefkoniko at 19/03/1929 and he is 88 years old. His wife, Styllou Karayianni was born in Gypsum at 15/10/1931 and she is 85 years old. On 31/10/1955, two unknown people were suddenly married after matchmaking, which eventually resulted in a lifetime. Ms. Styllou had born five children (three boys and two girls) and they have got 15 grandchildren and 5 great grandchildren. So, discussing with Ms.Styllou, I began to put the following questions in order to understand this story which counts 62 years. 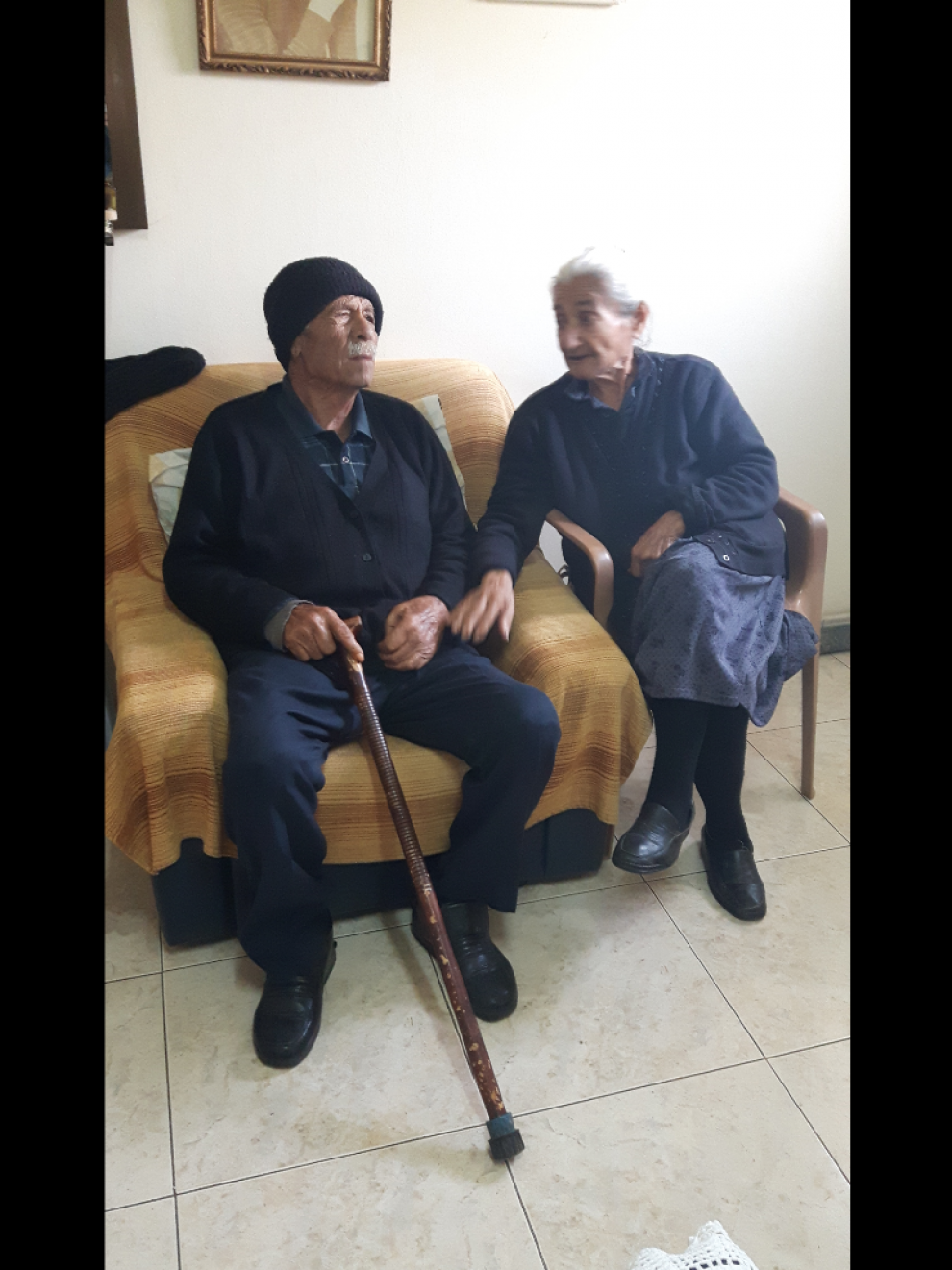 At the question, how the life was then, with five children while fleeing, Ms. Styllou replies:

We had many difficulties in the beginning. We came first at Xylotymbou, having four children and one soldier, and then at Sotira. My husband was missing at the war for a week, we were looking for him at the hospitals, everywhere. At the 8th day, someone came from Sotira (who had been sent by my husband) in Xylotymbou to inform us that he was well and that my husband arrived with his herd in Sotira. Later, my husband,came to pick up us with the car and takes us to Sotira Famagusta, where we live today. 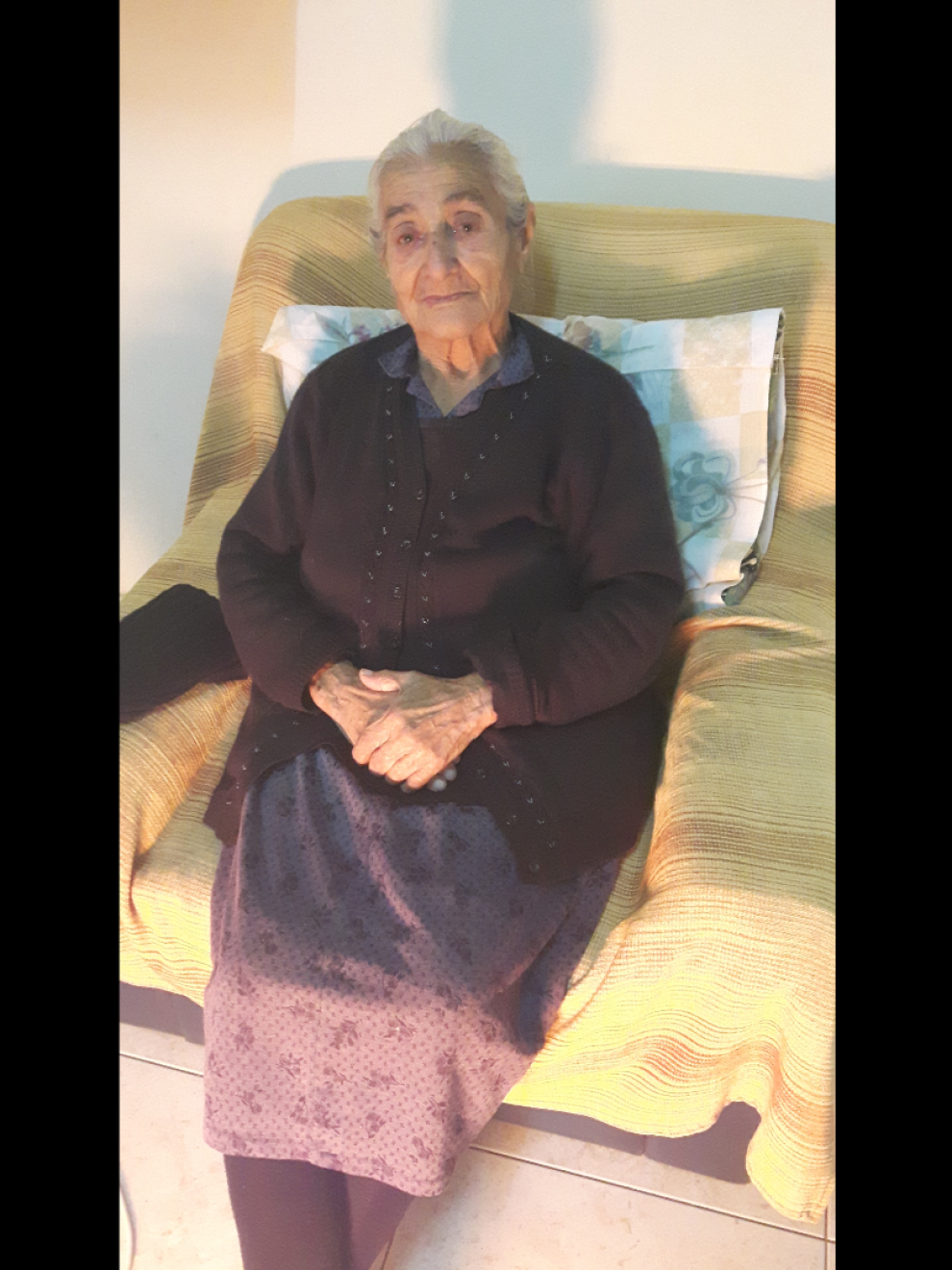 How they were able, therefore, to rebuild their lives from scratch?

At first it was difficult, but we had much help from the inhabitants of Sotira, hospitable people, as in Xylotymbou. We started farming, agriculture, butchering and opening a cafe-restaurant with traditional foods (ofto kleftiko, oven pasta etc) which i was making myself. The cafe attracted hundreds of tourists (German, English) and villagers. There was quite innovative for that era, which lasted 15 years. 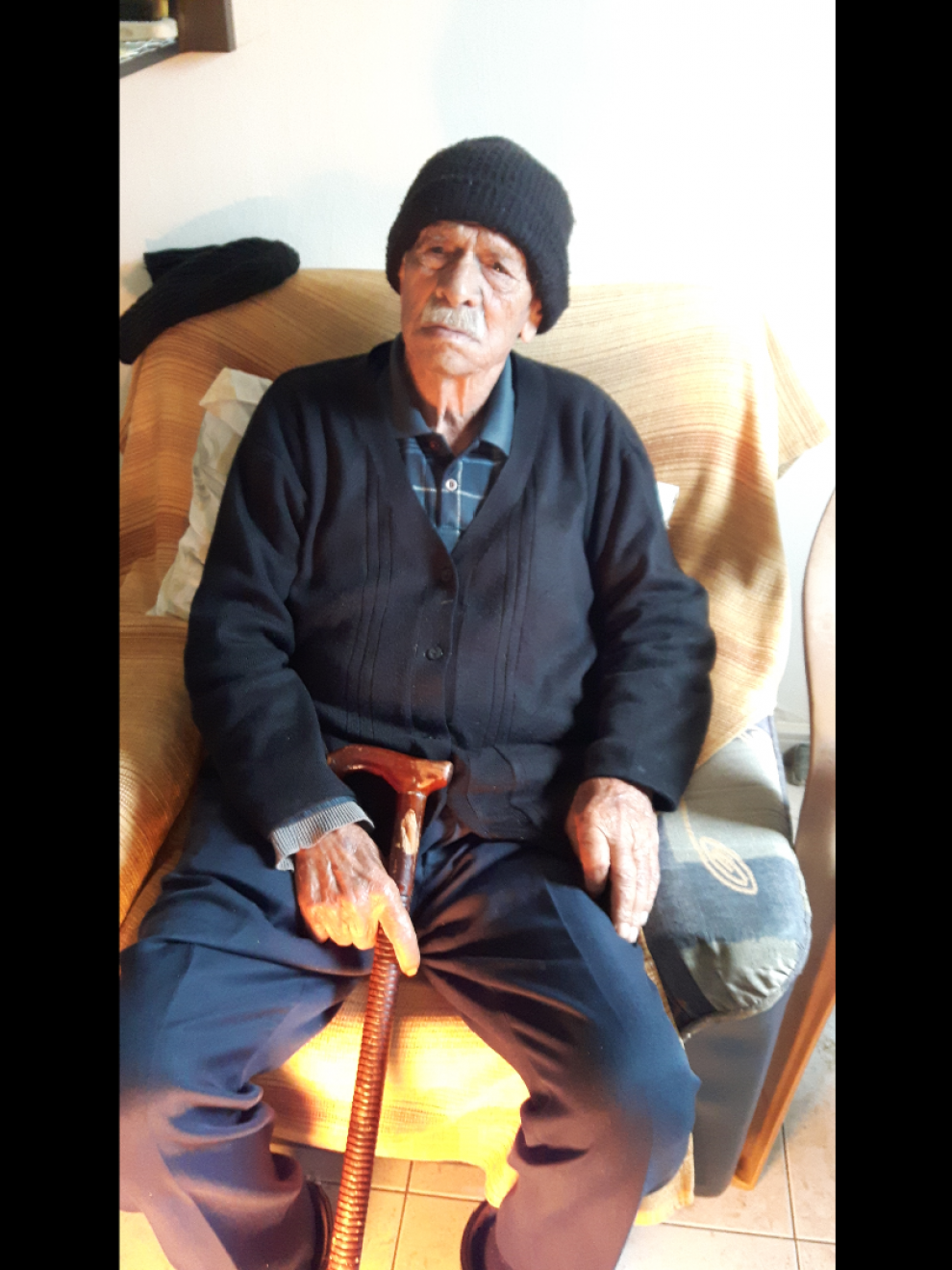 To the question, how have things changed with the passage of time and how is the experience of the old age in these times, together with her husband, answers :

We had many problems but i never renounced my husband. He was a family man, laborer, honest, he was came from a good family, I had very good laws. 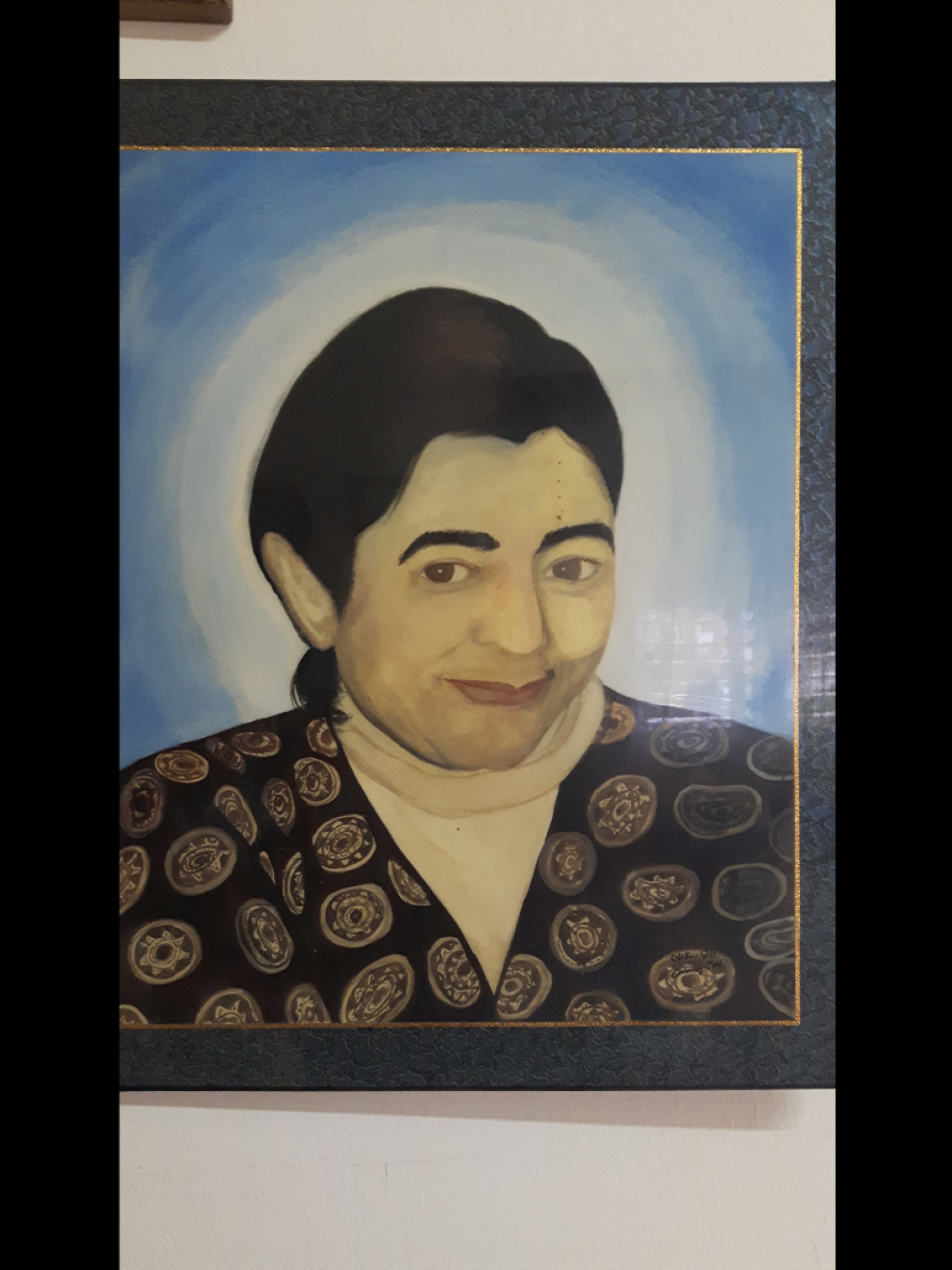 [ Ms. Styllou's potret when she was younger ]

For her husband, she said:

Although, Mr. Hambis nickname was ''Kolossiatis'' (from Kolossi of Limassol) due to his dynamic character, always his priority was his children. Also, known (until today) as '' Moustatzin '' because of the mustache, which he never separated despite the teasing from his family, relatives and friends. 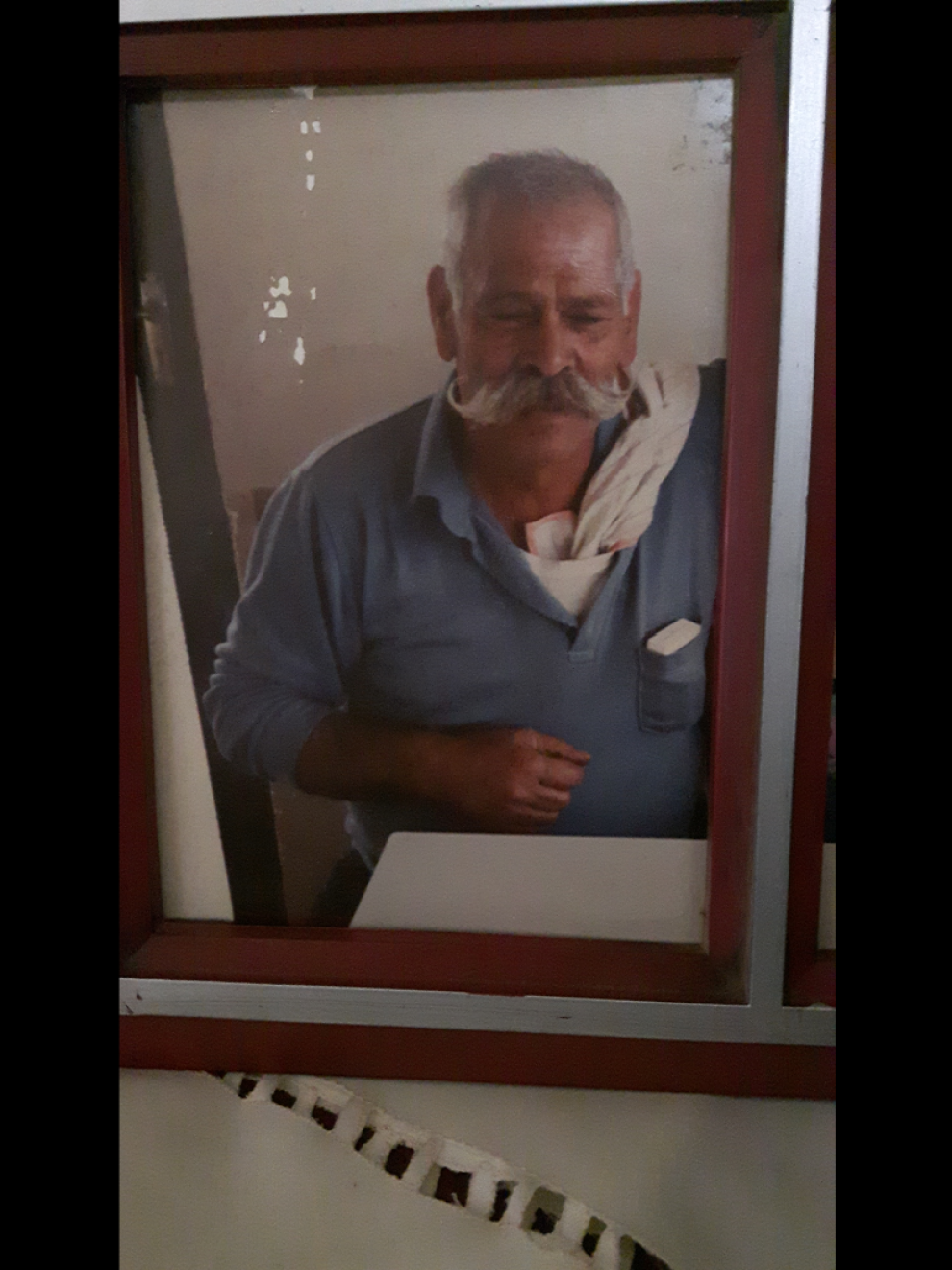 [ Mr Hambis, when his was younger ]

Asking her to give me a tip for the young people of Cyprus and their opinion of marriage, she answered me:

We are equal but always someone have to receded. Do not give up your partner at the difficults. I care about him, i love him because he offered to the family, he was drudge!

'' In order to replie him the offer to the family, i take care of him now that he is in need. At difficult times we were next to each other. ''

Very excited, after discussion, she starts telling me and other stories, pleasant and unpleasant ...

Listening, to their story and looking at them into the eyes, i understood that nothing is easy, at any time you may need to start from scratch and you can't have nothing if you don't try to get it. But, also, i saw in their eyes, the patience, the true love and the support to each other, despite the years that have passed. Maybe, true love and companionship, is this: to be next to each other, in easily but especially in difficults because we decided to be united to the end ...

Maybe, this is a simple story for someone who is reading right now. For me, this is the story of my grandfather and my grandmother... 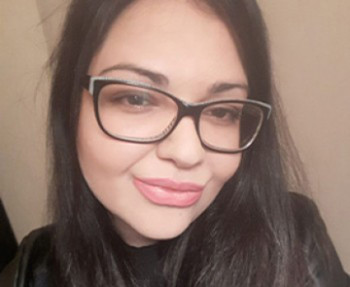