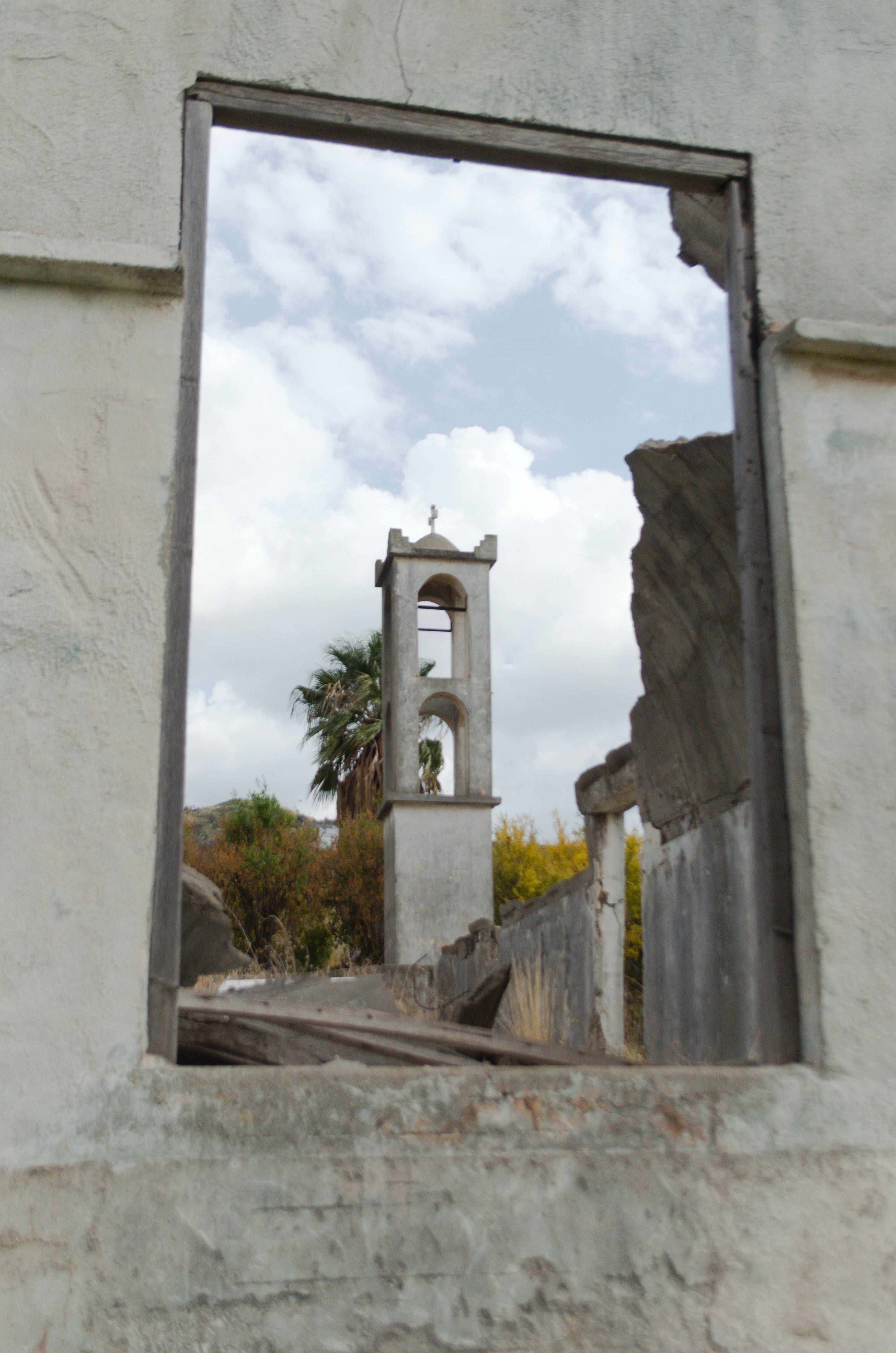 A sacred symbol in the vortex of the eclipse....A historical backround

September 10, 1953. The whole province of Paphos shakes relentlessly to the rhythms of the eclipse. The destiny of indomitable nature is destructive!

In Old Choletria the inhabitants count their wounds. Their houses are half-destroyed and almost impossible to repair. The same goes for the community church, built near the river bank and somewhat cut off from the rest of the village.

After painstaking efforts and studies for maintenance and restoration of the damage caused by the earthquake incalculable!

At the urging of the then Metropolitan of Paphos, Fotios, the residents decided to proceed with the reconstruction of a new church at a location in the center of the village. They would dedicate it to Saint Panteleimon, patron saint of the disabled! 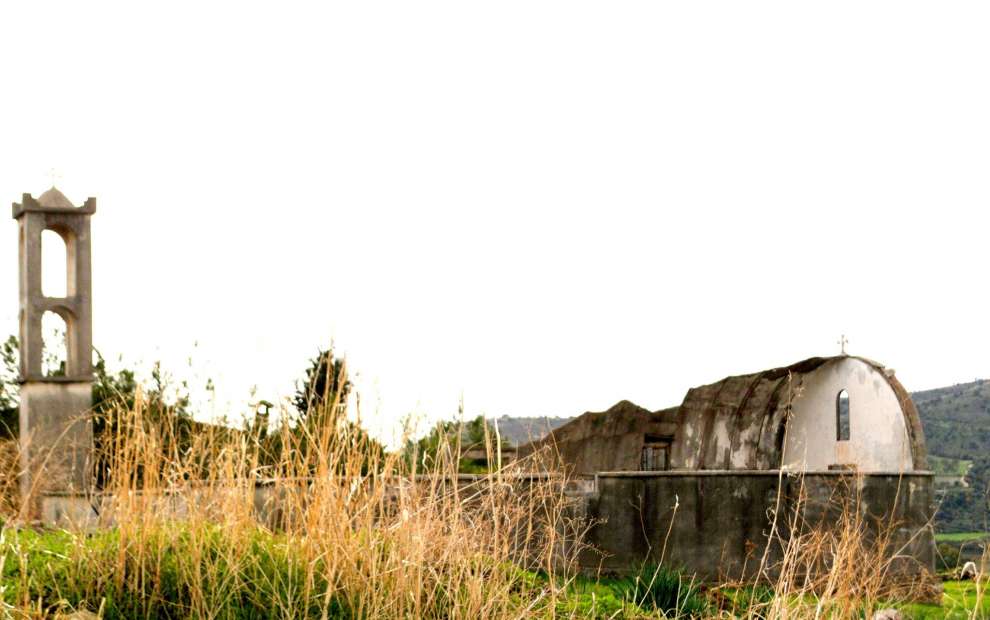 The studies were completed in a short time and now the reconstruction was taking shape. Built in a modern way and entirely of concrete with 3-level architecture, it became the trademark for the community of Old Choleteria.

A year later, on July 20, 1954, the Holy Temple of Saint Panteleimon was inaugurated with a great episcopal evening. The inhabitants of the village now had a new place to go to church, to pray and to perform the various sacraments of the faith.

The weather passed peacefully until 1967 when the hydrological year brought large amounts of rain to find the island! The problems did not take long to appear. The once solid building of the holy temple began to show its construction defects. 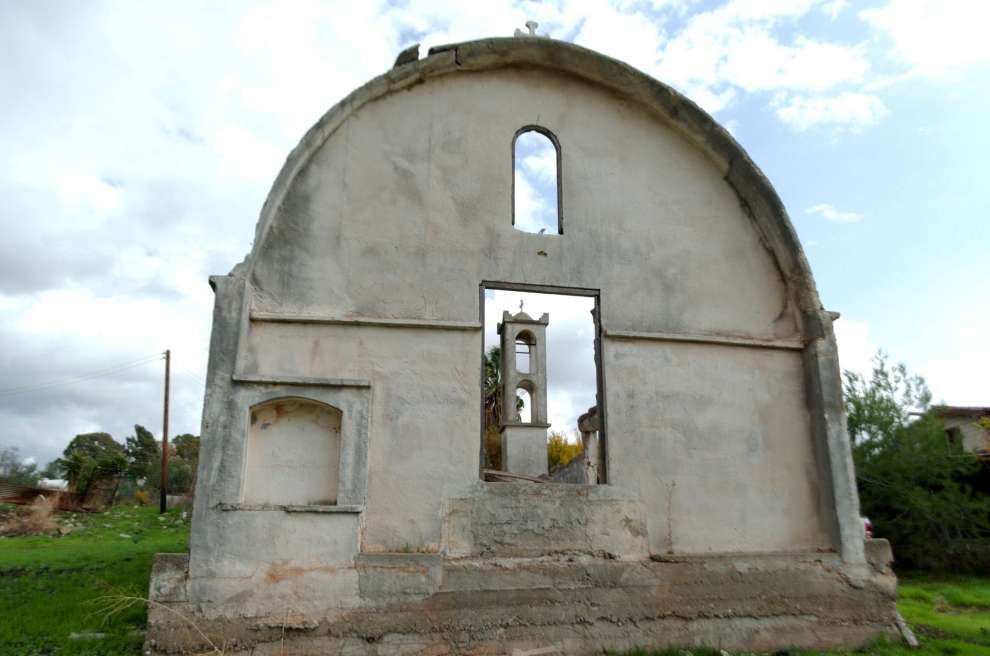 He was once again facing the power of nature. Due to the heavy rains there was severe soil erosion resulting in the relocation of the foundations of Saint Panteleimon. The walls cracked, large cracks formed in the vaulted roof, and rainwater began to seep into the reinforced masonry.

The villagers tried in a careless way to repair the damage. The following winter, however, in 1968, proved to be even more devastating. The foundations collapsed even more, causing irreversible and irreparable damage. 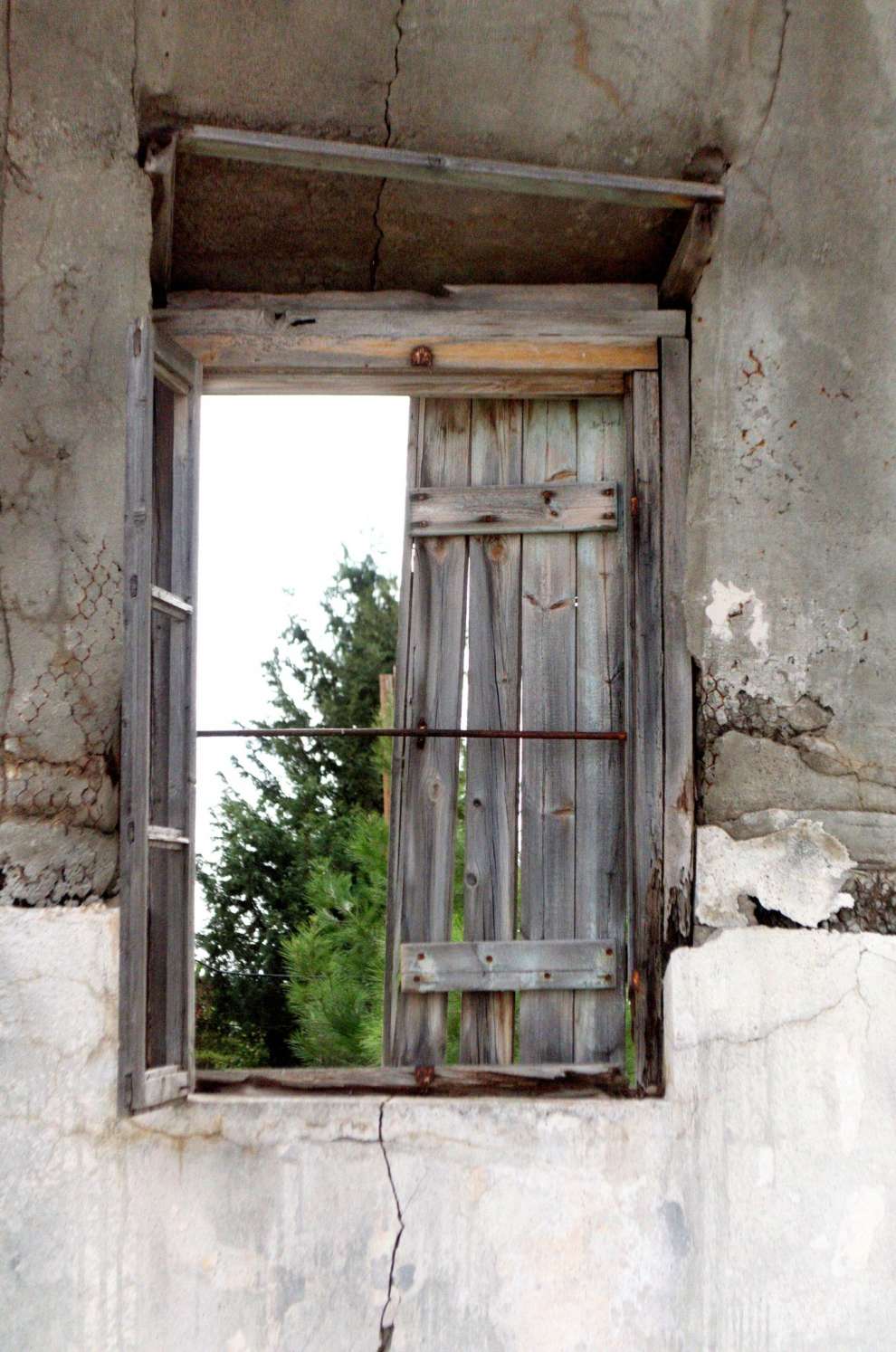 Saint Panteleimon for two years received the relentless pounding of nature. The same goes for the other buildings of the village, with the result that the inhabitants try in every way to protect their property, leaving the fate of the Holy Temple of Saint Panteleimon in the hands of Papalazaros Neophytos.

The calendar showed December 25, 1974. Christmas Day. The whole island was counting its wounds from the national betrayal and finally the Turkish invasion of the island. That day was to be the last where the sound of the bell of Saint Panteleimon resounded.

After the joyful morning divine service for the birth of the godman, everyone had gone to their homes and prepared the festive table. Only Papalazaros remained in the church with a small child and they made the necessary cleaning, to prepare the church to welcome the faithful for the festive evening and with the priest to warn the little one with stories and parables from the life of Christ.

As he monologued he suddenly stopped what he was doing. He took the little boy in his arms and ran to the front door of the temple. As soon as she knocked on her doorstep, a deafening noise was heard and the place was filled with dust and dirt.

The spectacle he saw when the atmosphere cleared of dust and with the small child still in his arms, was horrible. 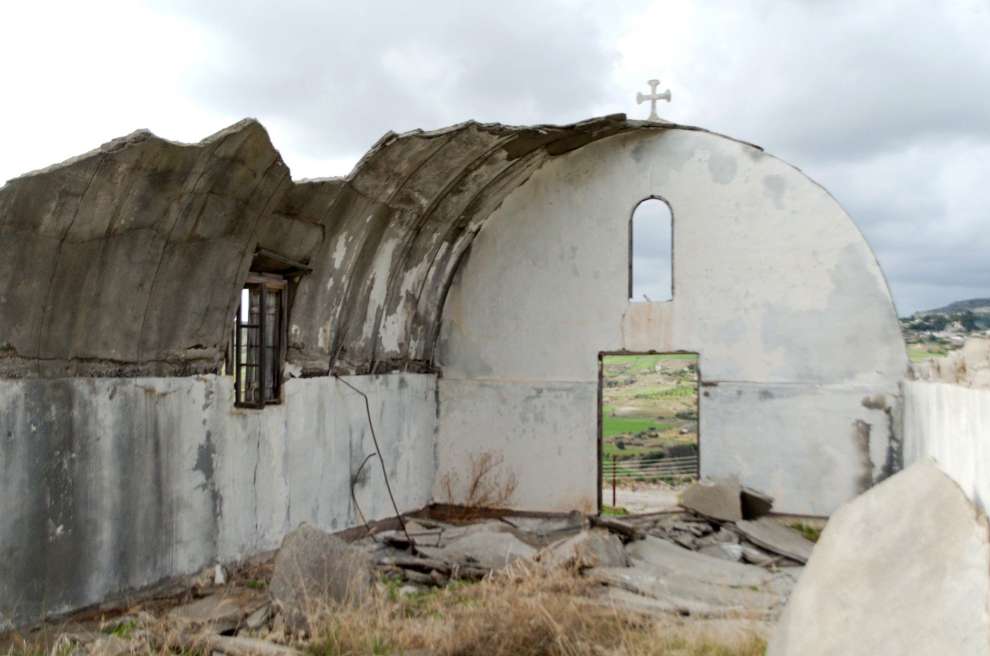 The former seismic structure collapsed almost completely, destroying everything inside. Papalazaros soul collapsed along with the roof.

The then anti-seismic design and poor maintenance of the Holy Temple of St. Panteleimon proved to be wrong and inadequate. The unsuitable building materials used in connection with the extreme weather phenomena that hit the temple afterwards, contributed to the completion of the disaster.

The only surviving places that still stand proudly to this day are the two places where the two marble crosses are located. One at the top of the bell tower and the other at the height of the west wall. 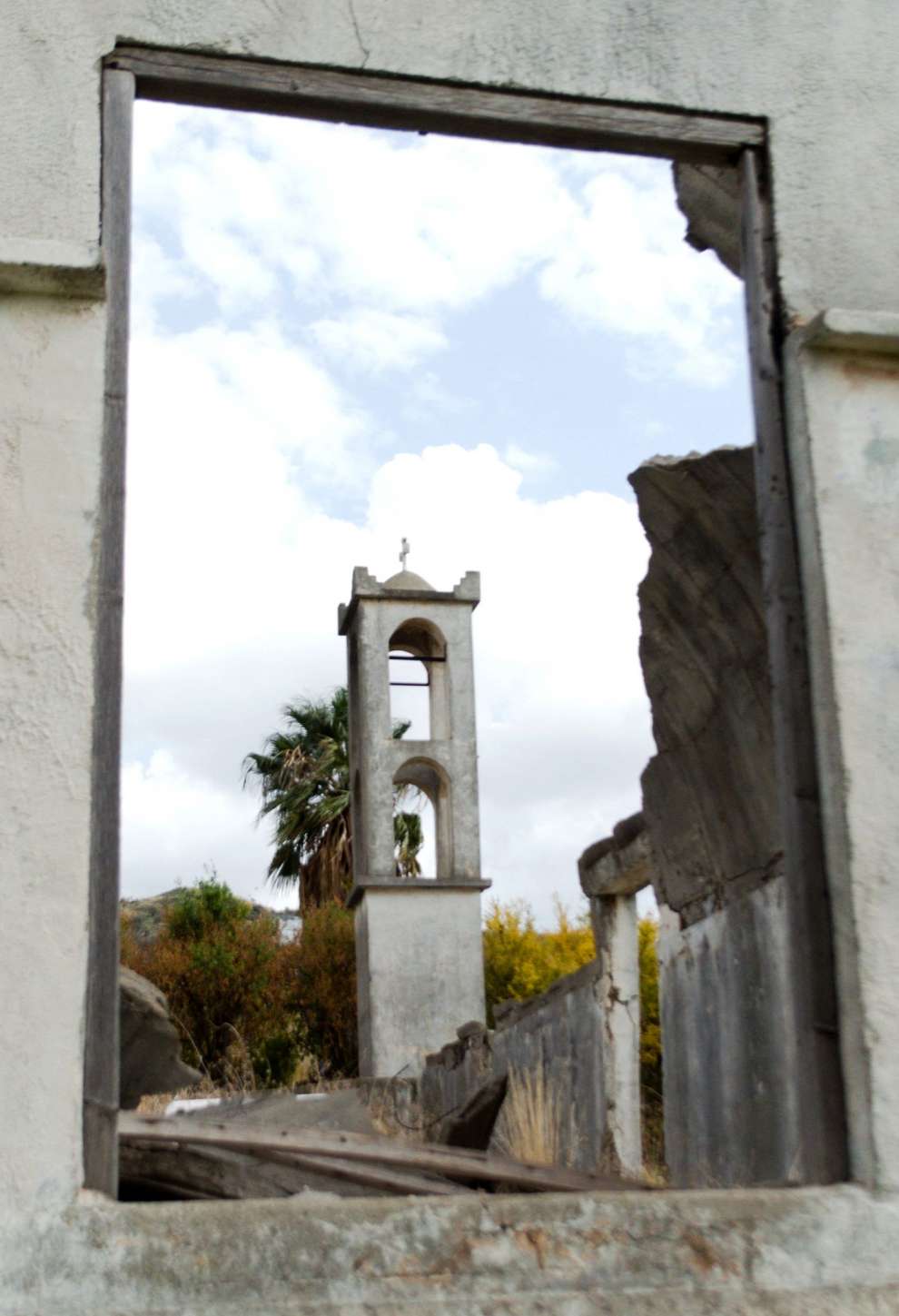 Note: This article is not a product of fictional writing but testimonies of the villagers who lived through these events and were told to us.

For everyone who knows the area or anyone who wants to visit this place, we just highly recommend it.Both for the wonderful view that one will see and for the long history not only of the Holy Temple of Agios Panteleimon but also for the whole history of the area.

How to get there: Palia Choletria is located in Paphos District.To visit them one must follow the road that leads from the fence of Asprogremmos to the community of Agios Nikolaos Paphos.From there, the road signs will guide you properly.