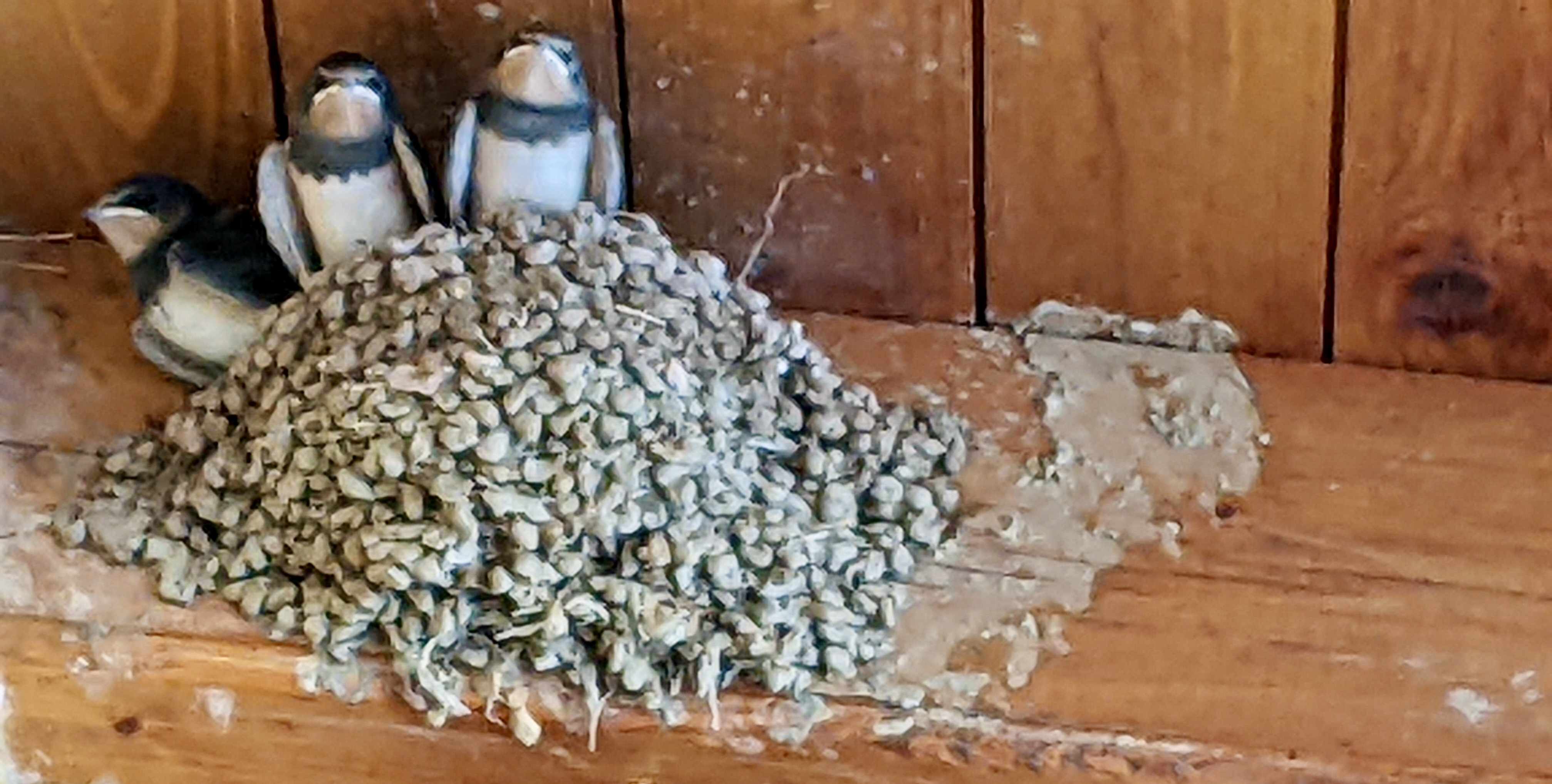 The three baby swallows perched over their nest. I could just imagine a conversation going on between them:
“What do you reckon? Shall we go for it now?”
“The height feels a bit scary.”
“I think we should wait for Mum and Dad.”
They decided to wait, but they did not wait long. The next day the nest was empty. The birds had flown. There is something quite remarkable about the built-in GPS system of Swallows. Every year they go on a long vacation somewhere in North Africa, every year they come back to the same nest. Just how do they know their way? It’s one of Nature’s secrets that mystifies me.
This year, even when the old nest had been taken down, they came back and, painstakingly, beakful by beakful of clay, built a new nest from scratch in exactly the same place.
Child rearing is always a risky business for swallows because they are under permanent danger of being attacked by ruthless sparrows who love to come and kill the baby swallows, turf them out and take over the nest.
But they too are in danger from other predators. One young sparrow couple thought they were being clever when they built their nest 1.5 meters above ground in the box housing of the street lamps’ electricity meter. There was the tiniest of holes for the parent birds to get in and out to feed their young. One day a big ginger cat was studying the hole intently. I could picture him drooling over the thought of Sunday lunch of succulent cold sparrow. Suddenly he leapt in the air, hung in to the box opening and, by a remarkable feat of dexterity, pulled out a bird and ran off with it in his mouth. He came back later for a second bird. I am not sure if he caught parents or babes, but the nest was abandoned after that incident.
The turtle doves at the other end of the veranda, ie opposite the chosen spot of the swallows, had better luck with a watchful cat. They were just too high up to reach. Also, as they were closer to where I was sitting, I was able to shoo the cat away.
At the moment it is the mating season for crickets rather than birds. Their mating call is the sound of rubbing wings with which they start an incessant chatter at around 7 am. It seems a strange kind of sex appeal. Some people find them irritating. I just consider them background noise of a Mediterranean country. 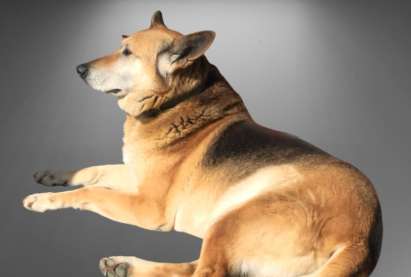 If you missed our previous tale, click on the photo to read “In Cyprus do dogs bark in English or Greek?”