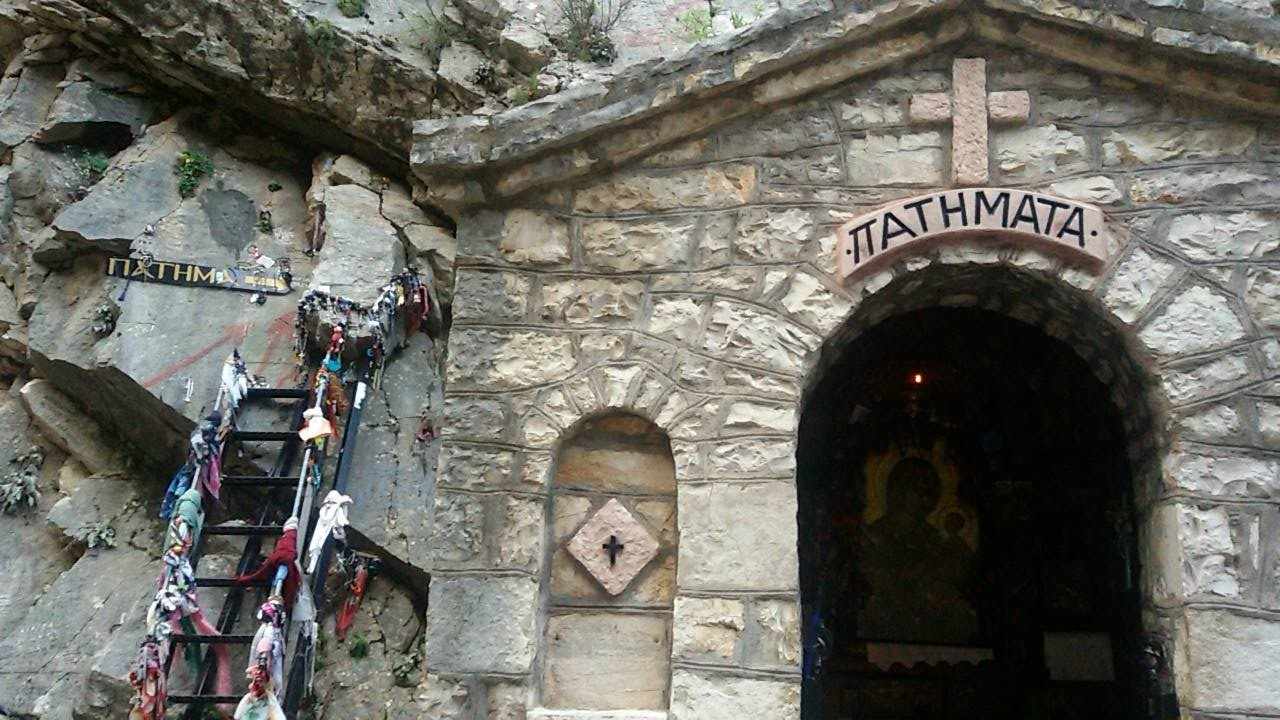 In 829 AD, a period of iconoclasm, the Byzantine Emperor Theophilos ordered all Byzantine icons to be taken down and burned.

A rich boy decided to save the image of the Virgin Mary and fled to Greece. The young man fell asleep and the image mysteriously disappeared. After a few years, the young man rediscovered the image in an inaccessible part of mountainous Evritania, but unfortunately his holy relic "made wings" for the second time.

His initial thought that the locals had stolen it faded quickly because of a vision. 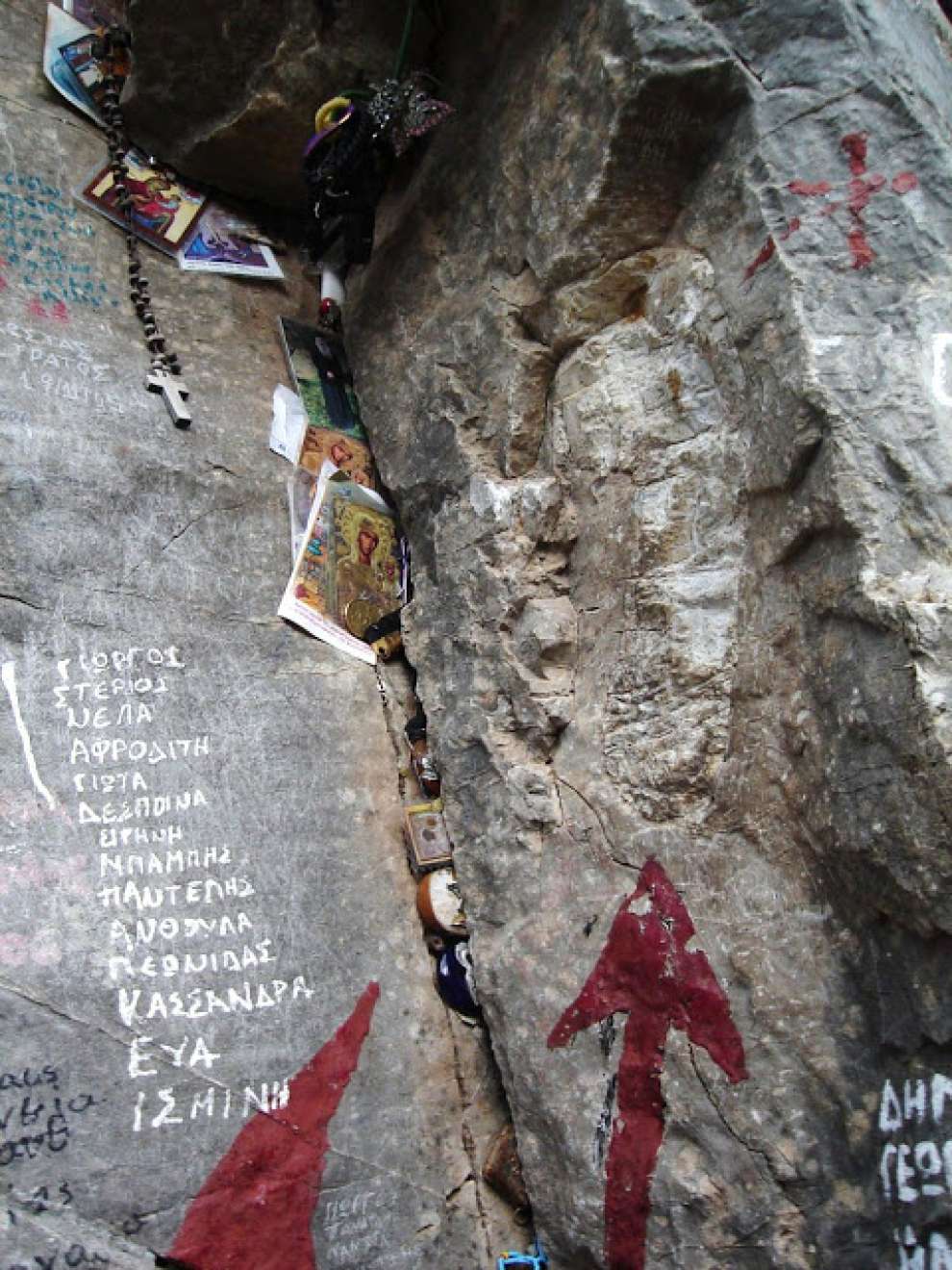 The young man envisioned the Virgin Mary telling him how he chose this place to "become her Home" and if he wanted he could stay with Her. Together with one of his servants, they built the House of the Virgin, in the place that she suggested to them. The cave where the icon was "hidden" until it was revealed to them, later became the Monastery of Prousos, deriving its name from the miraculous icon of "Panagia Prousiotissa", and they became the first monks.

It was now Dionysius and Timothy.