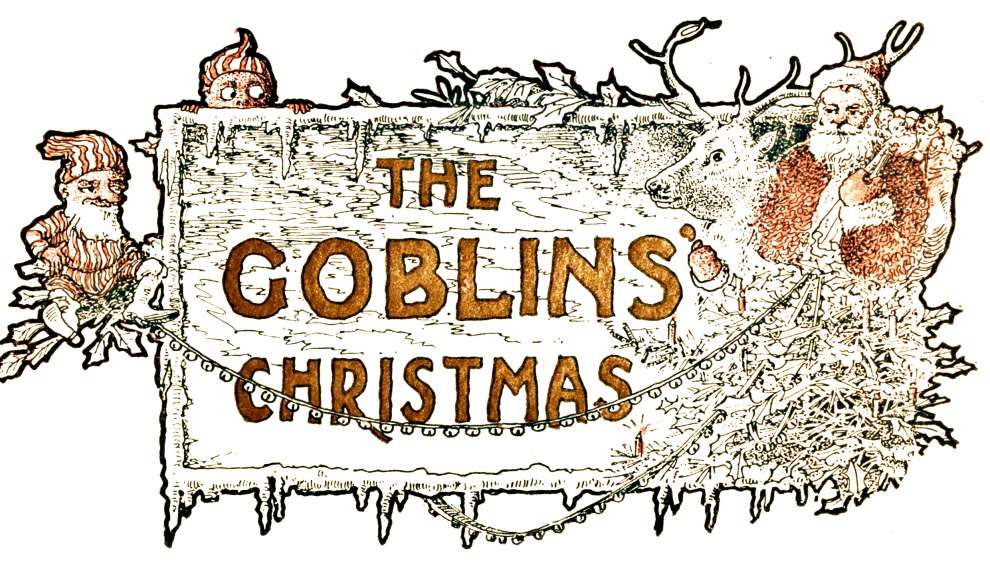 The Goblin by definition are called the demons of ancient origin according to the Greek Doctrine, to which these demons appear during the festivals of the Twelfth Day (December 25 - January 6).

But what really are these mysterious goblins?

The beginning of the myths dates back to very ancient times.

The ancients believed that, on the festive days of Christmas, the souls found the gate of Hades, opened them and ascended to the upper world, wandering in every neighbourhood and scaring the world uncontrollably.

Coming to the era of the Byzantine Empire, this myth became somewhat real. The joyful message of the Birth of the son of God was the beginning of a feast. People celebrated with music, venues and masquerades.

Many of them, taking advantage of the disguise, the excessive courage and no trace of shame, entered houses uninvited, teased unsuspecting passers-by and upset everyone.

In return, they asked for sausages and sweets, the well-known "xerotiana". They always found a way to get inside the houses. And if some were locked, then they did not hesitate and made their attack from the chimneys. 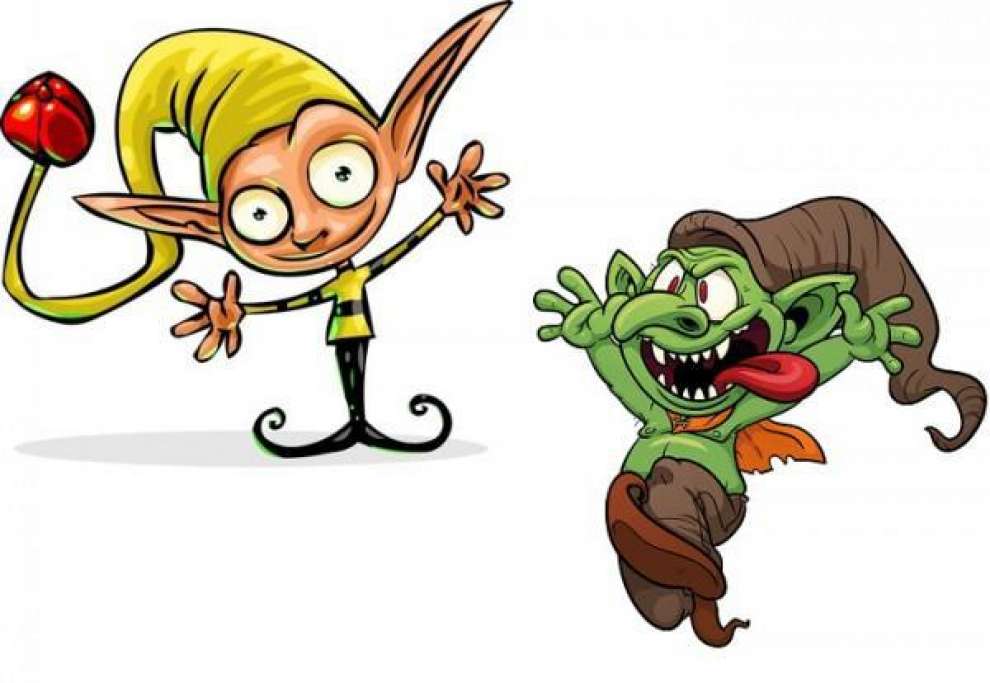 All this fuss was going on for twelve days.

On January 6, with the Sanctification of the Waters, the Goblins magically disappeared. Then everything stopped and people escaped from this "martyrdom".

How the Goblins looked in appearance and their character:

There are many different opinions about how they used to dress.

But the common element that we find in every point of view is that each Goblin also had a unique characteristic flaw.

As characters they are dichotomous beings and always quarrel with each other. That's why they can not bother people because whatever plan they have, they scramble it and always remains unfinished, since during their satanic plan, they start to fight with each other without having completed any tricks.

The Goblins have names and characteristic murmurs:

Magaras: It has a big belly and leaves dirty smells on people's food.

Mantrakoukos: In the morning they hide in the yards and at night they tease the women who walk on the street.

Malaperdas: They like to pee on food while they are cooking. That's why housewives close the lid of the pot well.

Goat foot: They are bald and have goat legs. Cursed, miserable and rude. 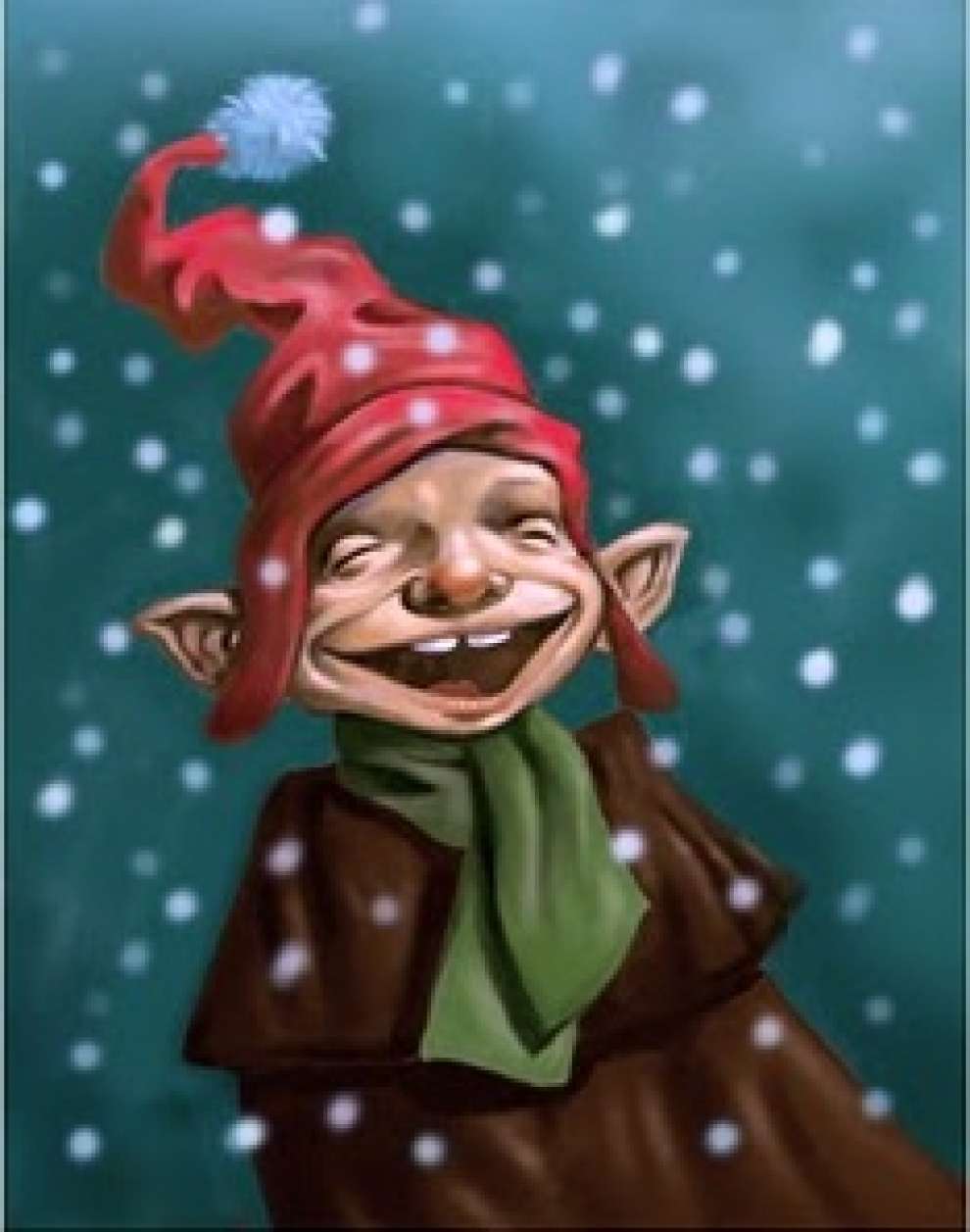 How to get rid of the Goblins:

Now that we know the basic facts about the behaviour and obstacles that Goblins bring to our lives, and that their favourite food is pork, according to tradition, it is time to see how we will be protected from all this evil that befalls us on the Holy Days of Christmas.

The housewives cover the pork with asparagus to escape. These are soft and tasty when green. But when they dry, they become hard and thorny. They do the same with sausages and any other product made from pork. So due to the hardness of the asparagus, the Goblin cannot eat it.

The housewives, on the other hand, collect all the pottery they had left out at home and put a sieve in the chimney opening and behind the door. Goblins begin to count the holes of the sieve "one - two, one - two". Because they do not know how to count, they get confused and waste their time. As dawn breaks, however, these demons disappear and they fail to accomplish their purpose.

Another weapon in the quiver of the inhabitants against the Kalikantzaros is incense. They hate it. That is why even today the housewives incense their home every afternoon and leave the censer to incense by the fireplace throughout the night.

But apart from the hostile housewives, there are also the well-wishers who want to get rid of the Goblin by other means.

So a custom that is well known and we still use today is the well-known "Titsi, titsi loukaniko, kommati xeroteano" where we throw sweets and fries in the chimney or on the roof of the house in order for the goblins to eat them, to be full and to leave quietly.