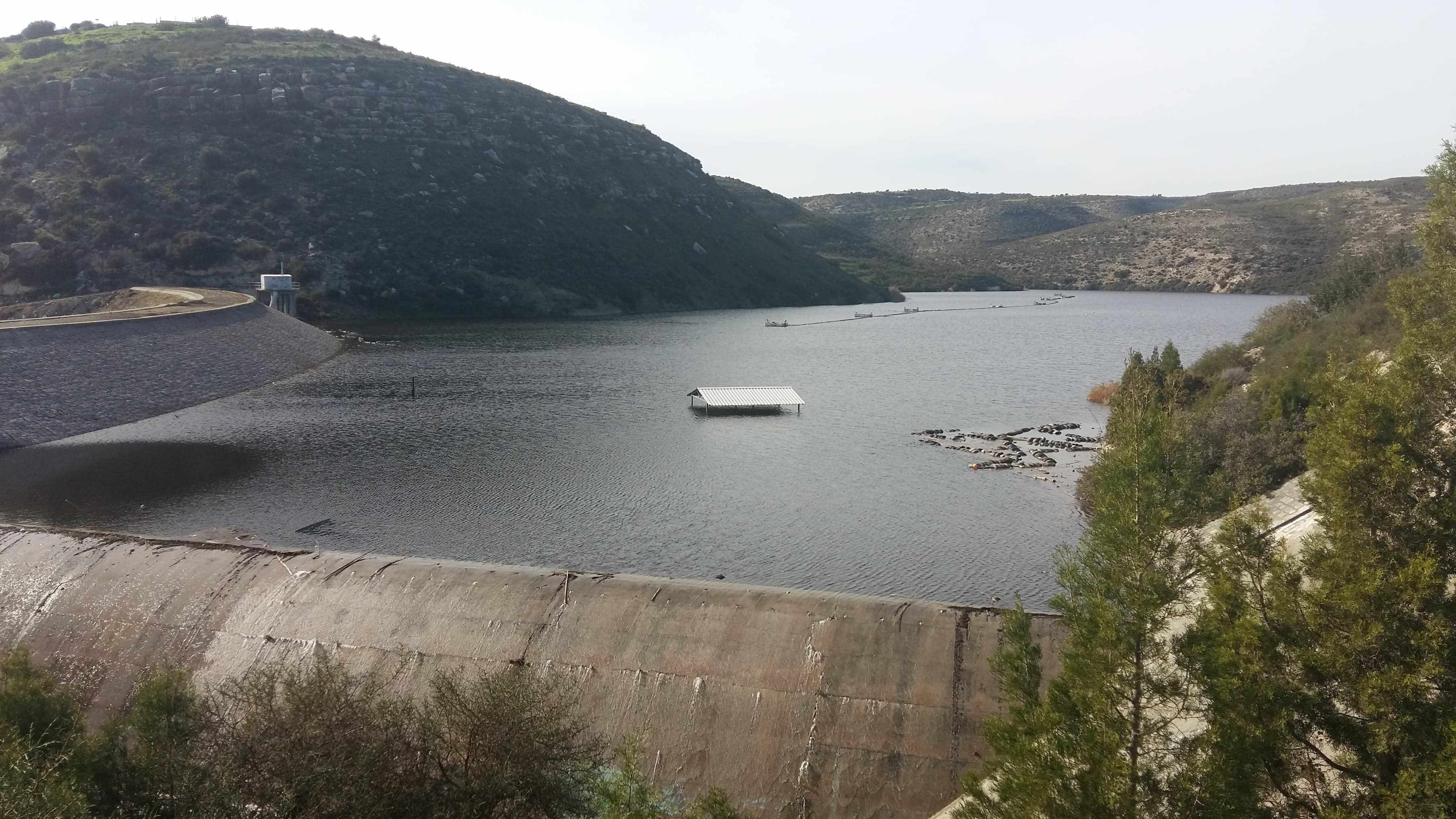 The dam has a capacity of 3.8 million cubic metres of water!

The water of the barrier feeds mainly crops of vegetables, vines and citrus.