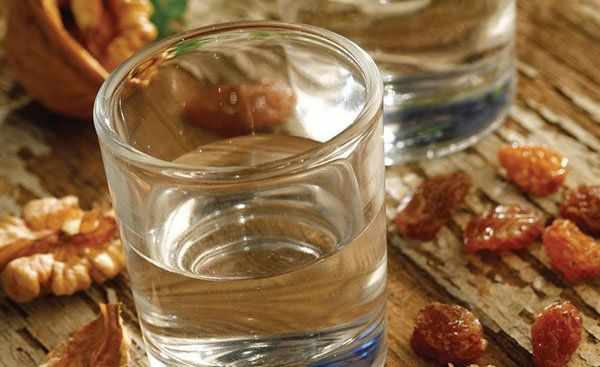 Joseph knocked on the door of an old village house.
“I have a surprise for you,” he said to our group.

The door opened. Slowly our eyes adjusted to the relative darkness within.
We were in Koilani village. We were on a wine tour. We had just visited Vlassides Winery nearby  and were going to eat in Koilani before visiting Agia Mavri winery in the afternoon. Joseph had arranged a little visit that was extra to our announced programme. Joseph knows everyone in Cyprus wine circles – well nearly everyone anyway.

The shelves along the walls were lined with bottles of different shapes and sizes of Zivania, some newly made, some aged. Other grape products such as Epsima and grape jam were also on the shelves and freshly made Soutzoukkos sweetmeats were hanging up to dry.

We were in a Zivania distillery. Zivania, for those who don’t know, is the Cypriot version of Raki or Tsikoudia or Grappa. We sampled the different styles and felt glad of the central heating effect on our bodies. It was January  and even in Cyprus, it is not that warm up in the mountains at that time of year.
Zivania is made by distilling wine - specifically from the Cyprus indigenous varieties Mavro and Xinisteri mixed with pomace (the skin residue that is left when the juice is extracted for wine-making). In this way the alcohol content increases. Grapes will ferment on their own up to an alcohol content of 14 or 15% ABV, maybe 16% - 17% at the very most. The way spirits are made stronger in alcohol content is by the process of distillation .

Christoudias winery has a great little working model made out of copper that demonstrates the whole process. 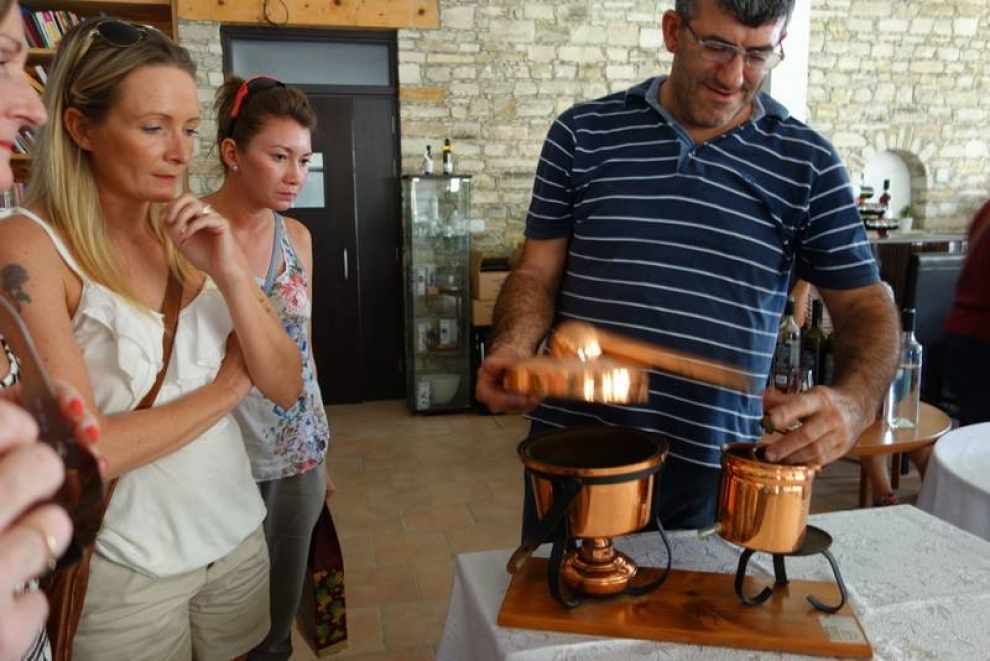 At Kalamos Winery the zivania is made from the grapes itself, not the residue of grapes that had been crushed when making wine which consists of the leftover grapes and skins. The former method produces a much better quality of zivania, whereas the latter approach is the method commonly adopted when making zivania at home. The grapes are run through a machine that crushes the grapes and everything is put together (save for the stems) into large blue barrels. The grapes are kept in these large blue barrels for around 10 days.

The “Bee and Lace-making” museum in Kato Drys shows apparatus of by-gone times, and at Koilani we were able to see Zivania made in today’s times the artisan way. If you’ld like to see Zivania being made, contact Wines and Tours admin@winesandtours.co.uk and ask when we might run a tour that includes Zivania production.

Earlier I spoke of aged Zivania. Several wineries like Tsiakkas and Vouni Panayia produce a very nice aged Zivania that has spent a long time in oak casks. Some people say this is no longer Zivania but Brandy. Whatever you want to call it, it is very nice. 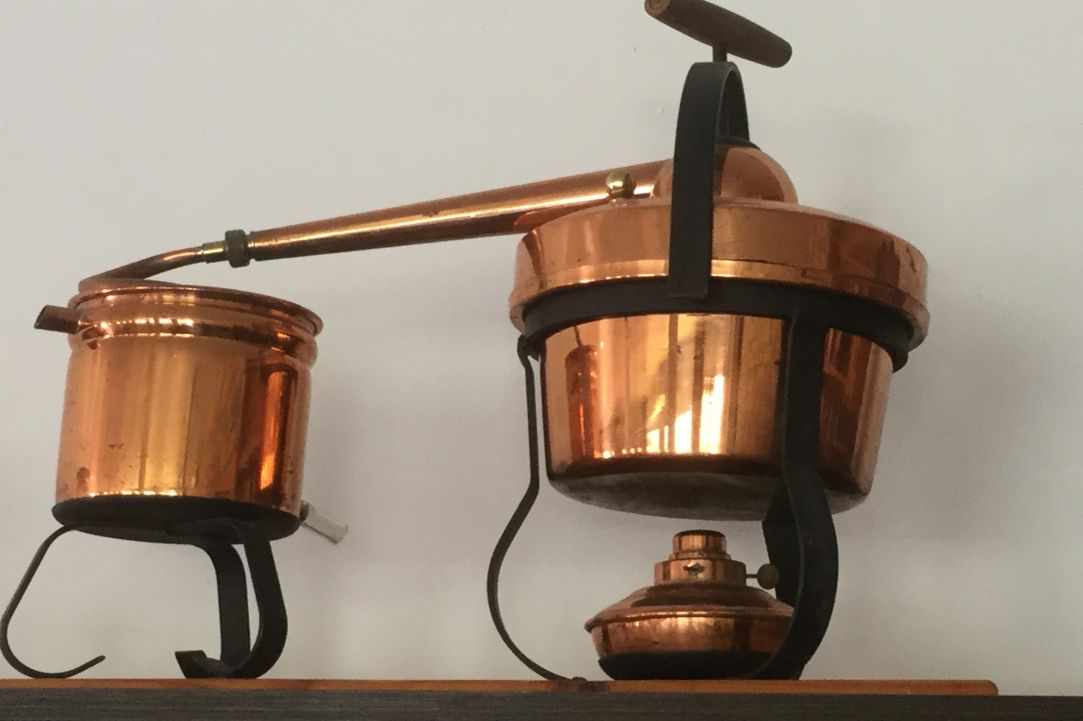 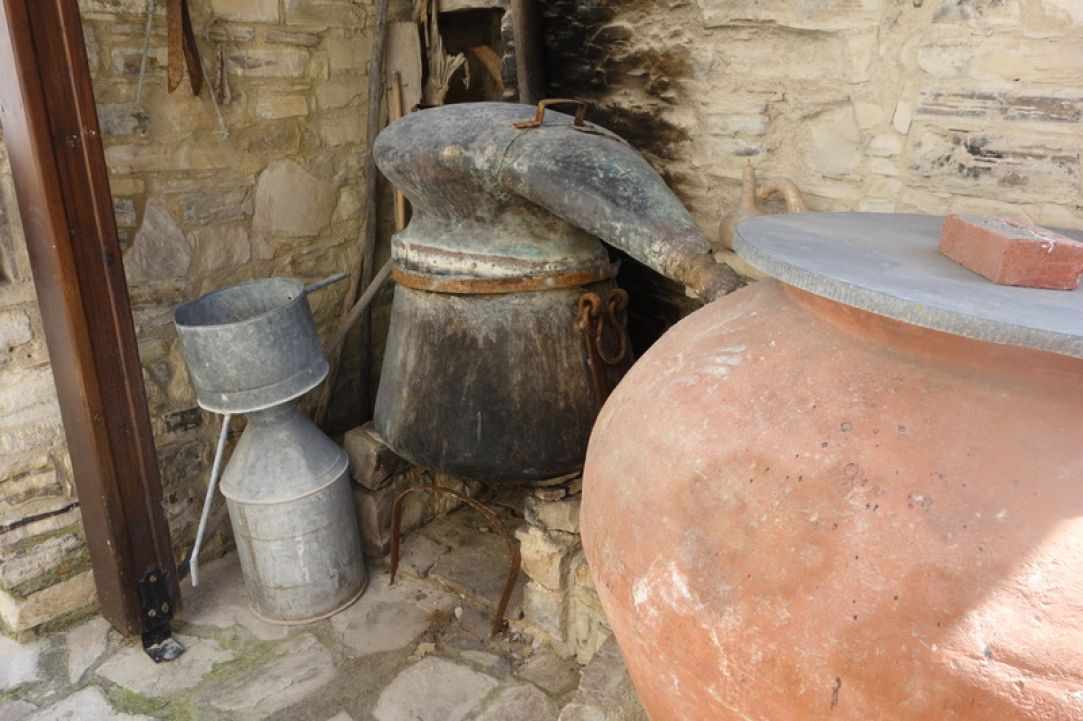 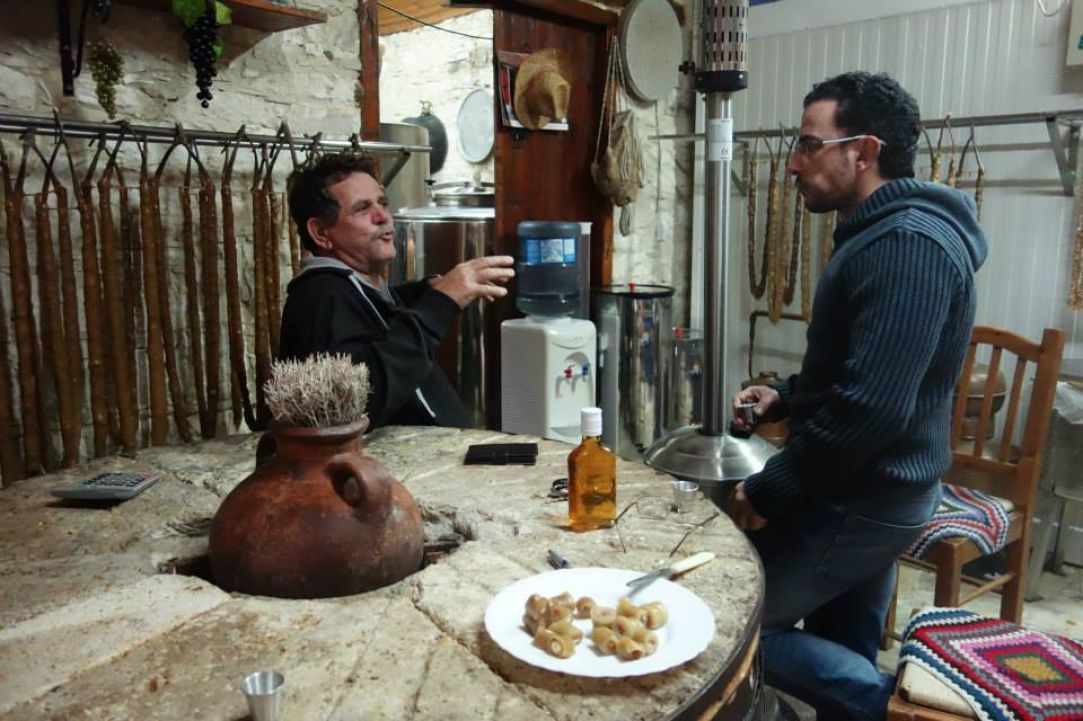 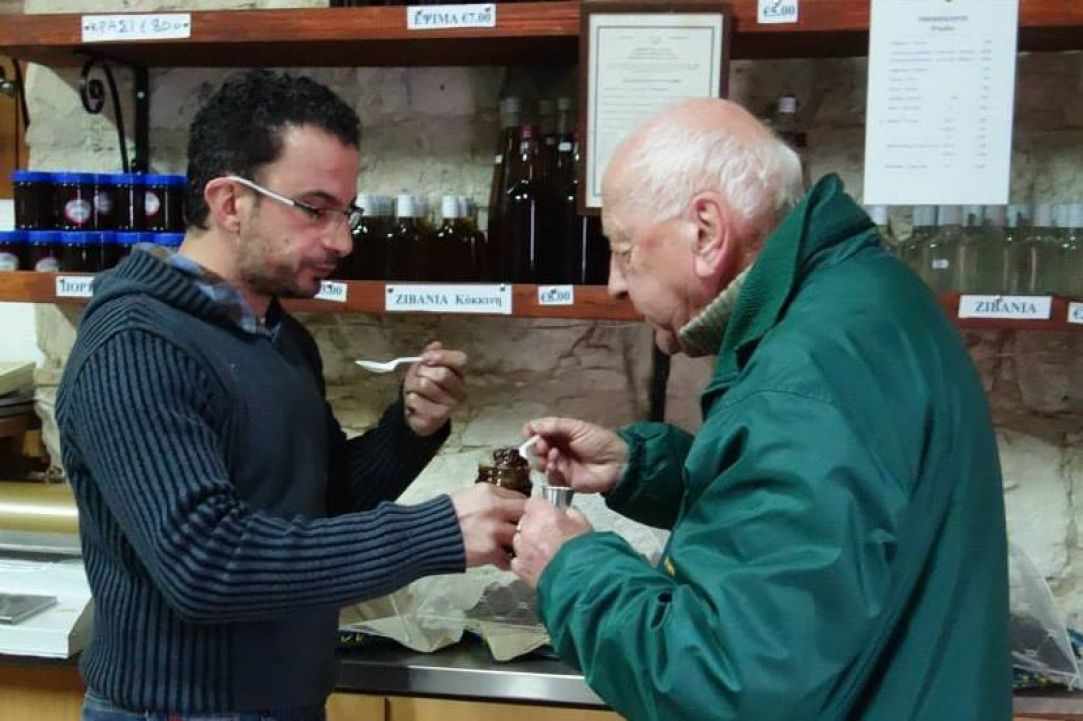 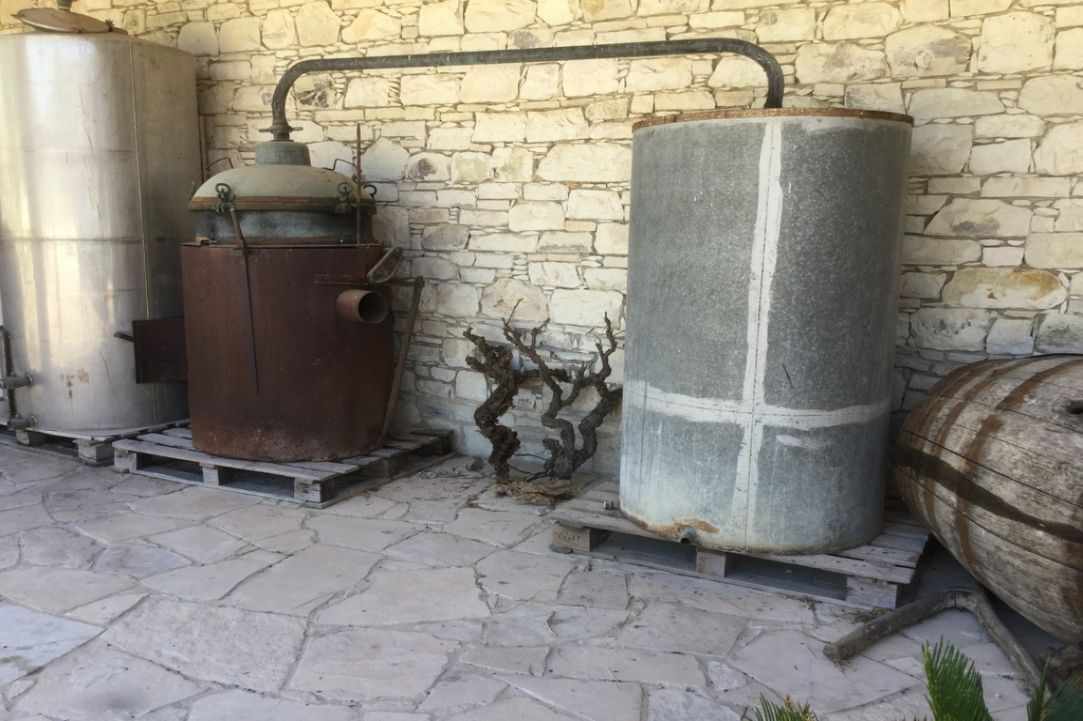 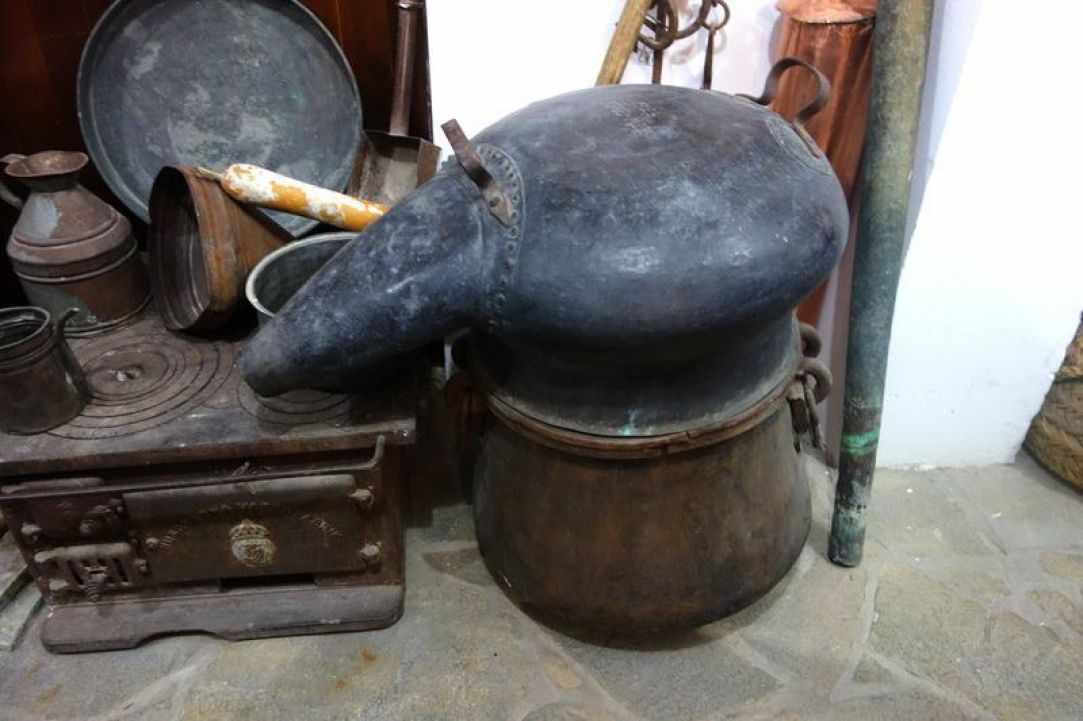 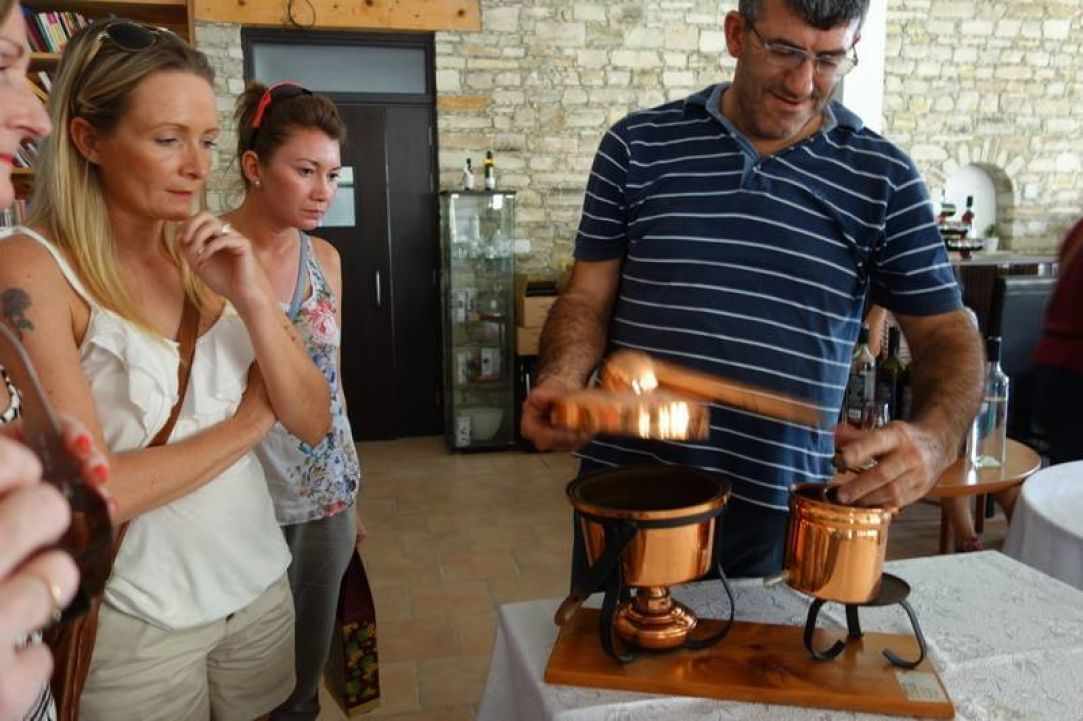 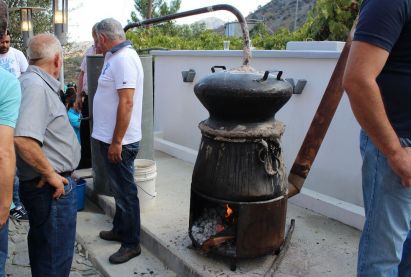 With one of the owners of Halara Cafe in Nicosia -...

Owner of Mikel Coffee in Larnaka

Nutrition tips that protect our body

The black gold of the earth

The bee's "bread" and its benefits

The treasure of bees