One of the oldest and most beautiful churches of Larnaka

The church of Panagia Chrysopolitissa is stately and majestic with the colonnades of its galleries and its tall and impressive bell tower, which has been preserved over the centuries to keep the history of Larnaka, the famous ancient Kition or otherwise called "Chrysopolis".

The origin of the name "Chrysopolitissa" is due to the old notorious name of ancient Kition, which was preserved alive mainly in the tradition of the place and much less in the writings of the various historians.

The church of Panagia Chrysopolitissa is built on the hill that included the citadel of ancient Kition.

Panagia Chrysopolitissa is one of the most interesting, with Saint Lazaros, of the Larnaka churches, in particular, as a nice example of Cypriot architecture of the 18th and early 19th century. It is built in a rhythm in which some medieval architectural features survive and are unusually combined with future decorative elements.

Today's temple is one of the few of this kind in Cyprus, with the Holy Trinity and the Good Gate being on the southern aisle. The roof has crossbars and rests on columns that cross the center of the church. Along the southern side there is a porch resting on ancient marble columns.

According to local tradition in the past, Chrysopolitissa with its inhabitants served as a monastery. The present temple is not the original and it is not known whether there are one or more temples that existed before today. According to existing information, the present one replaced an older temple in 1765-1769, when it was destroyed for unknown reasons.

From a written testimony, the temple can be dated in the 12th century. This testimony is found in the Code / Manuscript 23 of the Lavra of Saint Sava of Jerusalem, but it is unknown from when it is existed.

During the recent restoration work, some large square stones of arches and other parts of the old building were found in the floor of the temple, painted with fine art frescoes of the 17th / 18th century, depicting that the 1760 Temple was completely hagiographed.

A very important testimony that tells us the time the temple took its present form is the handwritten note on the inside of the temple's oldest Temple of Mines.

From this apocalyptic manuscript we learn that in the middle of the 18th century there must have been some serious events that resulted to the destruction of the temple that existed since the 12th century and rebuilt around 1768. The interior decoration is remarkable and includes the iconostasis, the Ambon, the Episcopal throne, the Holy Trinity, various icons (other than the iconostasis), gospels, chalices, pots and other old silverware and many others. 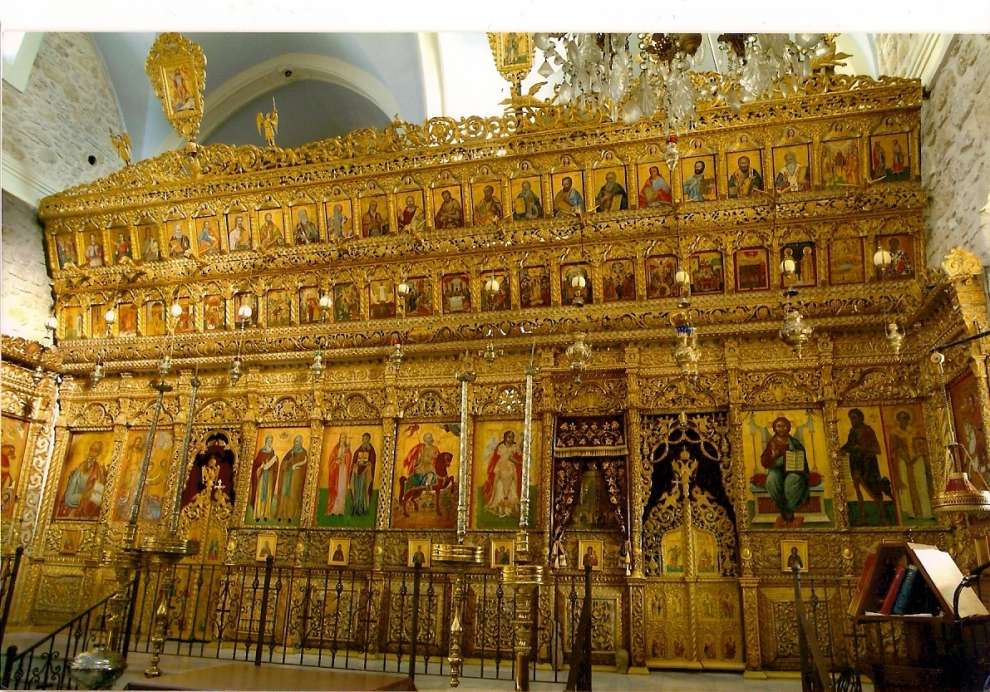 From the pictures outside the iconostasis, the following are important and very remarkable:

• THE PANAGIA OF MARKOU BATHA, of the 16th century.

• VEGETABLES MILK POTATOES. It is probably from 15th century.

• SAINT SPIRIDON with scenes from his life around. It is of the 17th century. 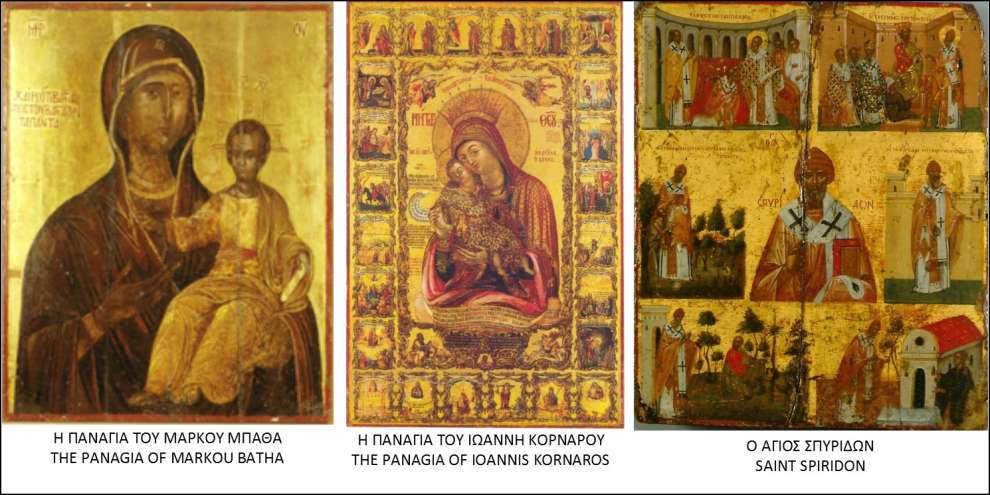 The bell tower must have been built in the middle of the 19th century. It is well known that the Turks, from 1571 occupying Cyprus until the middle of the 19th century, did not allow the existence of bell towers or the use of bells in Christian churches. They allowed it in 1856, after the Crimean War, at the request of the Russian Orthodox Christians, when the tallest (Italian influence) bell towers of the Larnaka Churches was built.

In Chrysopolitissa there is a remarkable and rare in its kind white marble memorial with reliefs.

On 4 September 2000, restoration work began on the church and it was completed in January 2005 with the completion of the bell tower. 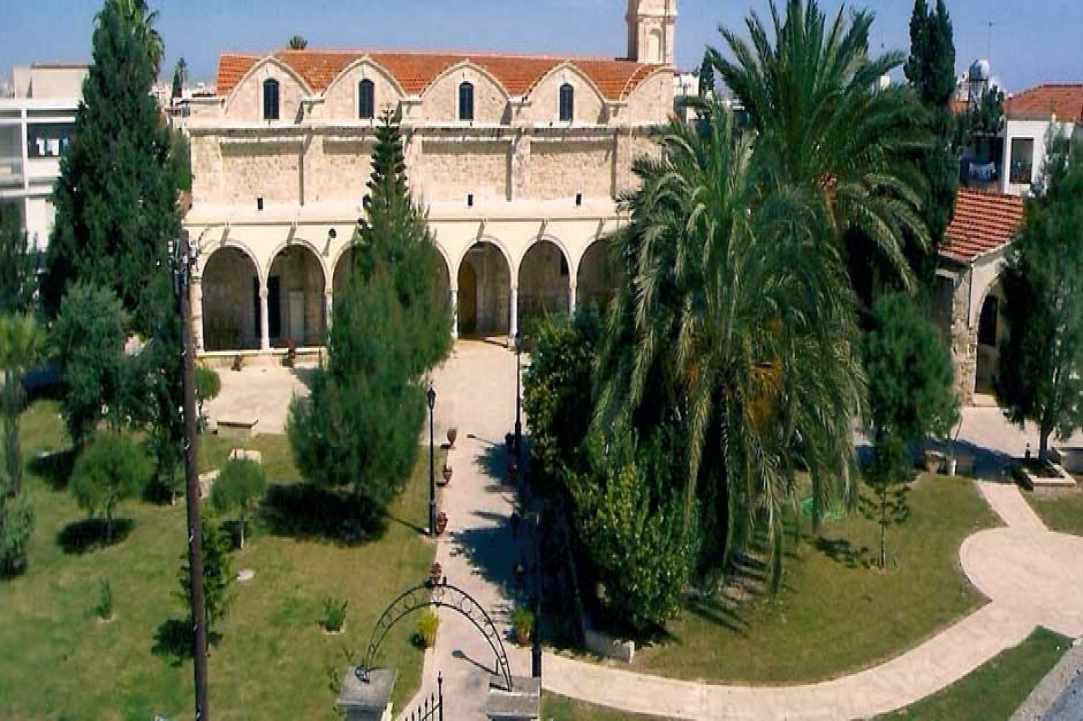 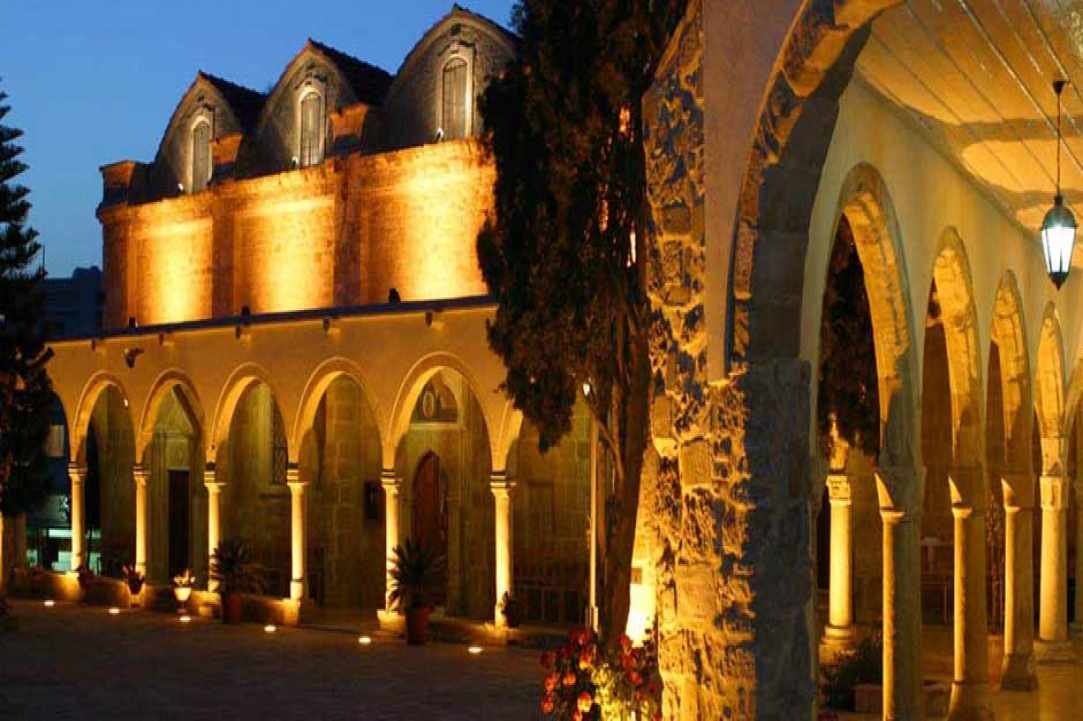 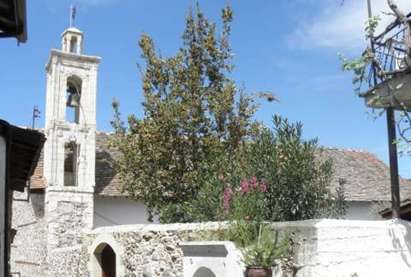 Church of the Transfiguration of the Savior in Kakopetria A small, ancient chapel in the heart of the "old village"