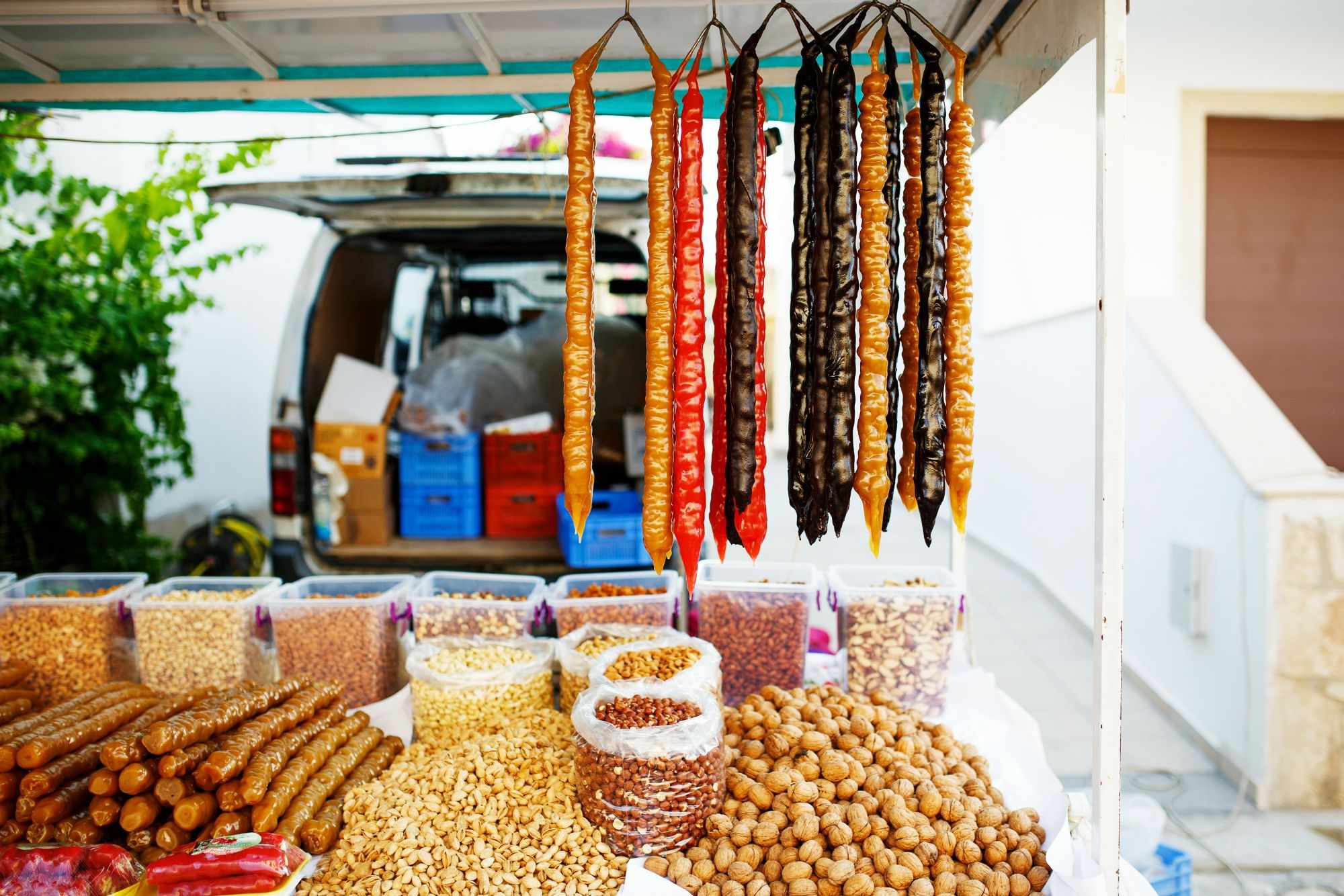 Cypriots are very proud of their cultural heritage, which stretches back more than 9000 years. How could it be different with such a long history and multicultural civilization?

Cyprus wedding traditions surround the wedding couple, incorporating the koumbaros (best man) and koumera (chief bridesmaid), the bridal couple’s families, their friends and often their entire village, for numerous rituals which symbolize the couple’s commitment to each other and their place in Cypriot society. Some rituals include wrapping red scarves around the bridal couple, shaving the groom, "dancing the wedding clothes", placing wedding crowns (stefana) upon the bridal couple, exchanging of the marital rings and tossing rice at the newlyweds as asymbolization of fertility. For the single ladies they offer sugar almonds and a piece of blessed red ribbon to place it under their pillow and dream at the man they will get marry. Single men are just grapping the chance to see all the single ladies gathered together and do the traditional "korte" (flirt).

"Kathara Deftera" (Green Monday) is a really big family festival that marks the start of the 50-day Orthodox Lenten fast which ends after midnight on Easter Saturday. Groups of friends and families head for the countryside for a huge vegetarian picnic and to fly kites. There are many kite-flying competitions which is great fun to watch in action! Traditionally, it is considered to mark the beginning of the spring season.

Martoui is a tradition well known not only in Cyprus but in Greece and some Balkan regions too. It is a bracelet made of twisted red and white thread (the red one symbolizes love for the beautiful and the white one purity) that children wear on the wrist of their hand from 1st until March 31. According to the popular tradition, the Martoui protects the children from the first sun of spring, not to be burned and destroy their beautiful skin. It is made the last day of February and they wear it on the first day of March, before leaving home.

"Pascha" (Easter) is the biggest festival in the Orthodox calendar. On Good Friday housewives make dozens of flaounes (cheese filled pastries which can also be bought in local bakeries). Later in the morning, women mourning for Jesus's death go to their local church to decorate epitaphios (wooden tabernacle) with flowers. On Easter Saturday, people attend the church for the midnight ceremony. Upon exit from the church, they can be heard greeting each other with the words "Christos Anesti", meaning 'Christ has arisen', while others reply "Alithos Anesti", meaning 'indeed He has arisen'. Candles and bonfires are lit, and fire crackers are let off all around the island. Most people gather after midnight and eat traditional Cypriot Easter Soup (Avgolemoni).

"1st of May" is one of Cyprus's most beautiful traditions. By the arrival of that day people of the island celebrate the blossom of nature and they honour that by creating wreaths of flowers wich they hang on the central door to welcome spring in their houses and hearts.

"Kataklysmos" is a truly Cypriot festival, fifty days after the Orthodox Easter. The celebrations are all focused on water and big festivals take place in all seaside areas with the most popular and biggest occurring in Larnaca. The sea front promenades are converted into large open-air fairs with games, entertainment, toys and traditional food stalls.  The events which last for 7-10 days include boat and swimming competitions, traditional songs and dances and music contests.

The Wine Festival is a cultural event that people used to organize since the ancient times when similar festivities took place in honor of Dionysos, god of vine and wine and Venus, goddess of beauty and love. During these celebrations, people worshiped their gods, but of course they also took care of their own amusement too. Since 1961 the Wine Festival is one of the featured events in Limassol, considered the capital of Cypriot wine. The Festival is organized in Limassol Municipal Gardens and lasts 12 days.  At the festival visitors can taste the Cypriot wines, and traditional Cypriot food. Although there is a small entry fee, guests can drink for free as much as they like. In the place the one can also be see the traditional wine press and enjoy in the open-air theater traditional dances and songs, and theatrical performances by Cypriot and foreign shapes..

"Kalikantzaroi" (the Goblins) are creatures with many names: kalivrousides, kalakantzoura, lykokantzaroi, kakanthropismata, exapodo etc. From Christmas Eve until Epiphany Kalikantzaroi, who all year around chipper with their axes the poles that support the earth, climb on the surface of the earth to do harm people. They are usually described as black, ugly, with red eyes and hairy body and each of them has a defect. They might be lame, crooked, with one eye, one-legged or splay footed. Among them are always disagreements and due to that they cannot cooperate and whatever they start stays always uncompleted. For that reason, they cannot harm humans, although they have great desire to do so. On Christmas Eve, the goblins come out to mingle and wait day and night to get inside. Few days later, we offer them Kserotigana (lokma) and loukaniko (sausage) throwing them on the roof of the house where it is beleived they are, to make them eat and go away.

Christmas time in Cyprus is all about family moments. On Christmas Eve Cypriot children wnder around the neighbourhood from door to door wearing cute red hats, carrying triangles (small music instruments named after their shape) and sing angelically kalanda (Cypriot Christmas carols). Santa Claus flying all over the world is sure to make a stop at each house to enjoy a tasty piece of vasilopitta, a pie named after him. Hidden in the vasilopitta is a ‘lucky’ coin and the tradition has it that the one who finds it must keep it in his wallet for the rest of the year so he’ll never be left without money!