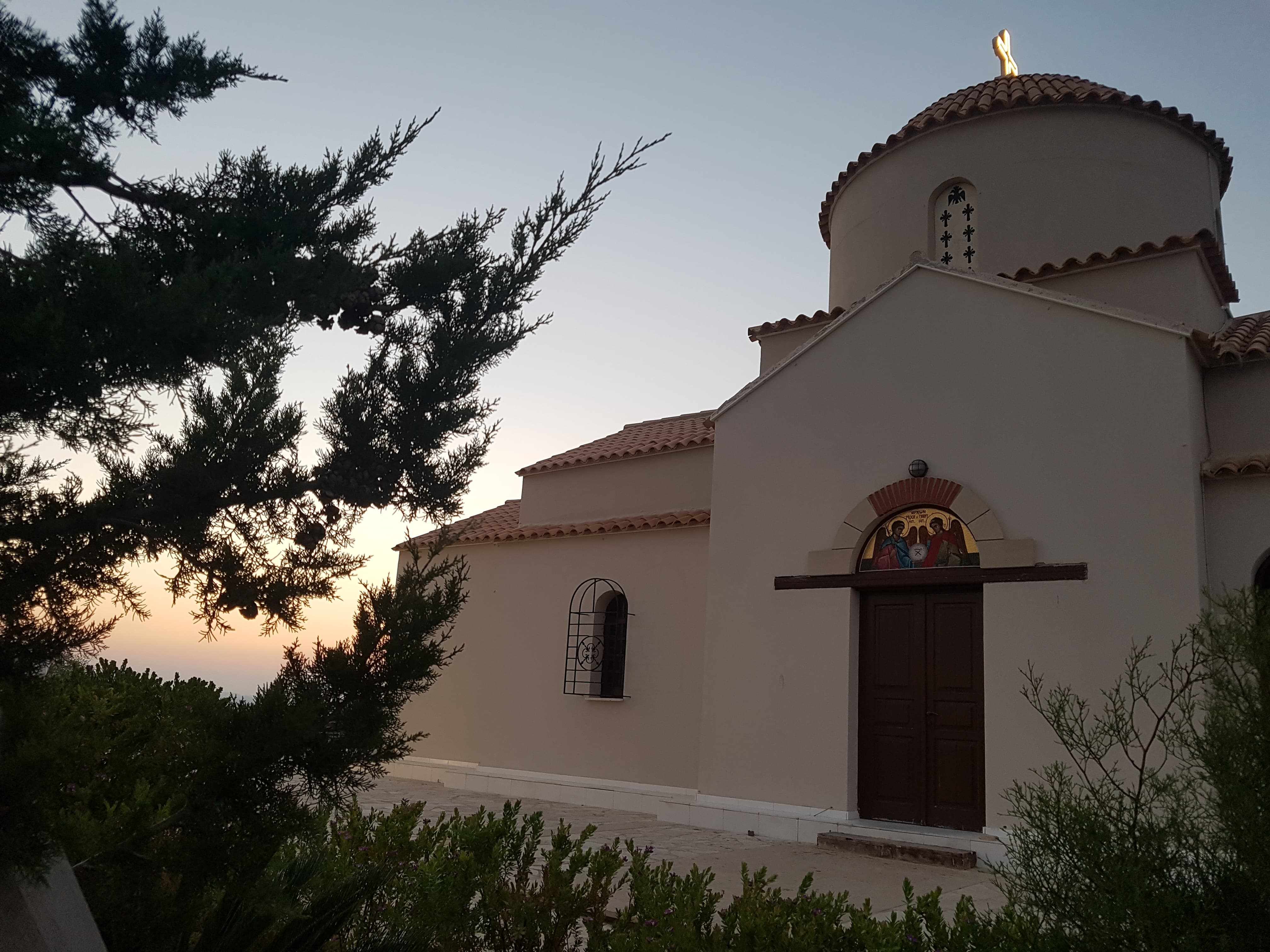 The miraculous icon of Panagia Tsampika and the mystery surrounding it

Driving on the Nicosia - Larnaka motorway, everyone can see on a hill a beautiful chapel standing up there. The chapel is dedicated to Panagia Tsampika and is built on a hill called Gerakarka. It is located in the Pera Chorio Nisou, on the border with the Alampra. 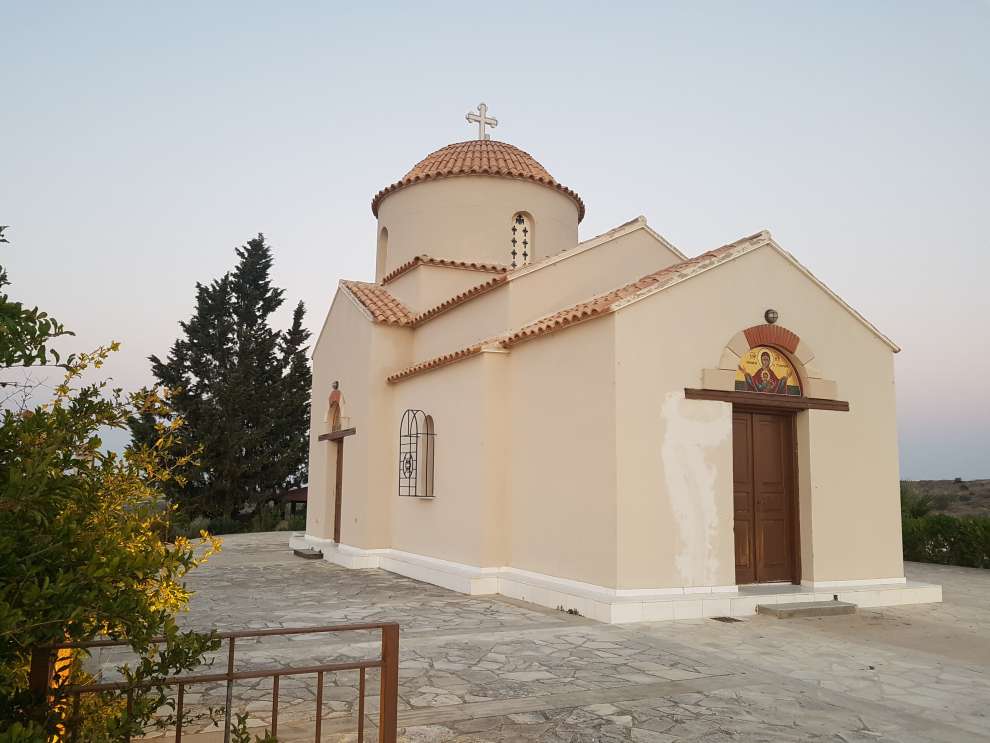 The chapel of Panagia Tsampika was built in 2002, after the twinning of the villages of Nicosia, Pera Chorio and Nisou, and the village of Archangelos in Rhodes. Driving on the hill that leads to the chapel and reaching there, one can admire the beautiful sunset and the magnificent view of the place that the chapel is built, as well as the natural green surroundings around the hill. 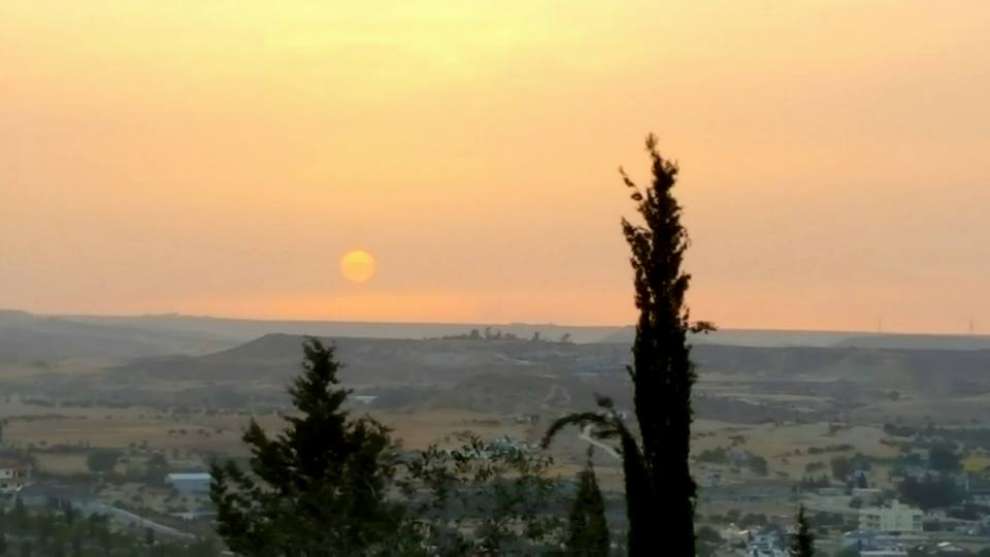 The mystery with the icon of Panagia Tsampika
While the icon of Virgin Mary was in Kykkos Monastery in Cyprus, disappeared in a miraculous way and transported to Mount Zamviki in Rhodes, and was hiding behind a cypress tree. The icon appeared only to a shepherd for a few times, not as an icon but as a glow. The shepherd did not show any interest about the glow during the first two days, but on the third day when he saw the light again, he decided to discover what was happening. So, he went to the mountain and saw the icon of the Virgin Mary to be illuminated by a candle behind the cypress, which is called "the airy cypress". The cypress still exists there, while at its root there is a hole that frequently blows hot and cold air.
When the monks at Kykkos Monastery discovered where the picture was, they transported it back to Cyprus. For a second time the icon left in a miraculous way and went back to Mount Zamviki, hidden once again behind the cypress tree. After transferring the icon back to Cyprus, they burned it a bit at the back, to be able to recognize it at any time. The picture for the third time left Cyprus and went back to the mountain Zamviki. Since then, the icon of Panagia Tsampika is located in Rhodes. From time to time, when it was transported to other regions of Greece for pilgrimage, the icon left again and returned to Rhodes in an inexplicable way.
In 2002, when the chapel of Panagia Tsampika was built in the Cypriot village Pera Chorio Nisou, the Metropolitan of Rhodes, Cyril, accompanied by three priests, brought the icon to Cyprus. He made the inauguration of the temple and then it was the first time the icon left Rhodes and stayed in Cyprus for three days. 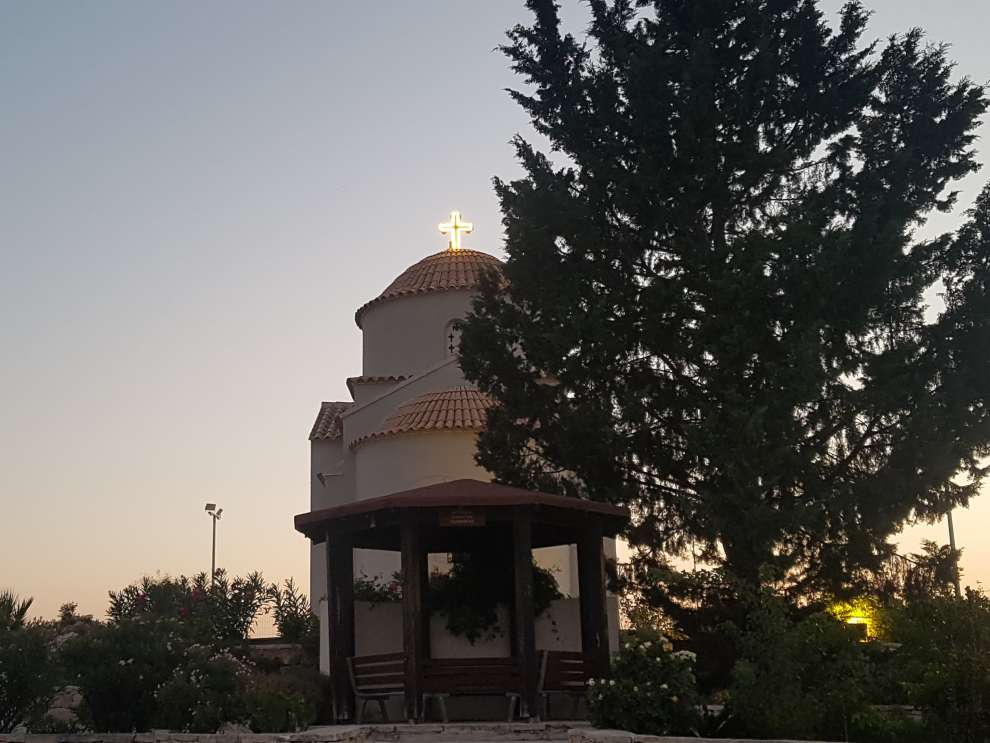 The miraculous image
According to the tradition, Panagia Tsampika helps couples who have difficulty on having babies and also protects pregnant women. Those who relied on her help succeeded in having a child, while others gained twins. A lot of christenings take place in the chapel each year, in honor of Panagia Tsambika, by the families who made a vow there.

An older miracle of Panagia Tsampika refers to a Turkish Pasha who owned a lot of fields around the monastery of Rhodes. His wife was not able to get pregnant, so after she learned about Virgin Mary’s miracles, she prayed to her and ate the wick of the candle which was burning under Virgin Mary’s icon. After a while she became pregnant. When the baby was born, he was holding the wick of the candle that his mother ate. After seeing that, pasha was convinced that the child was his own, and so he donated to the church all the fields he owned around the monastery. 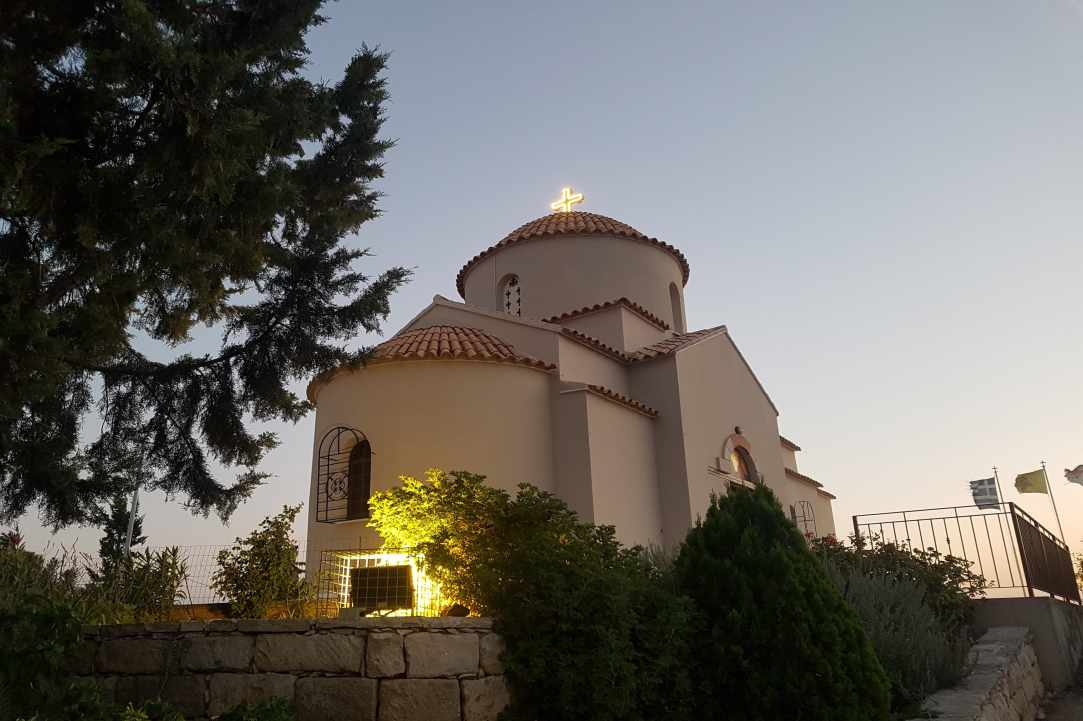 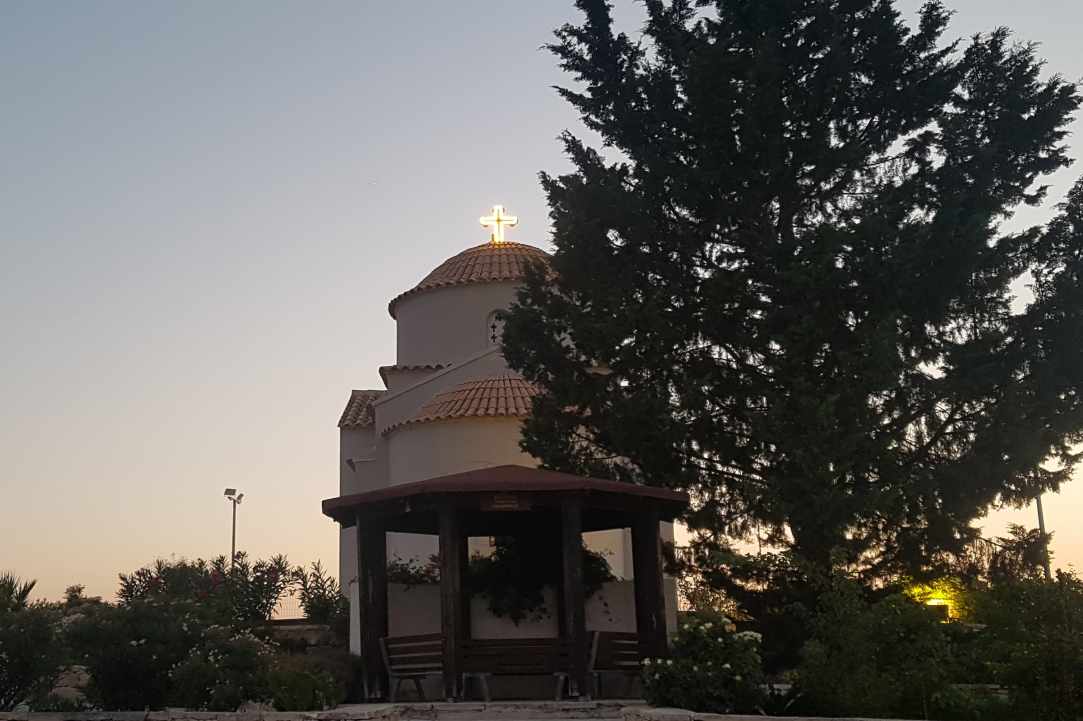 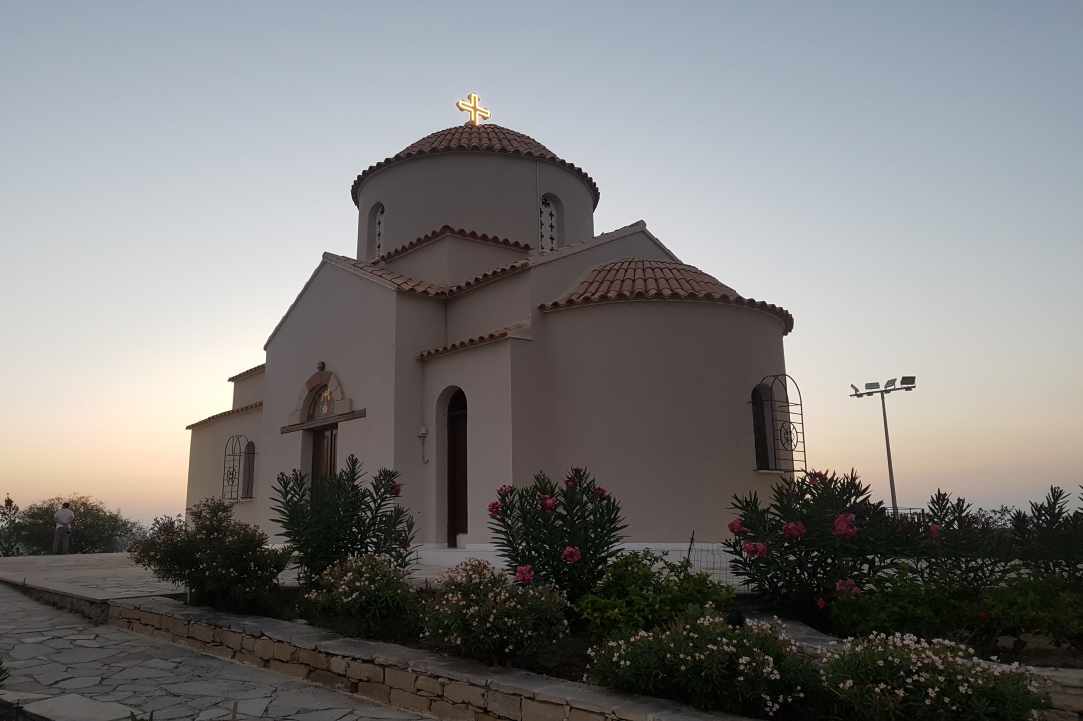 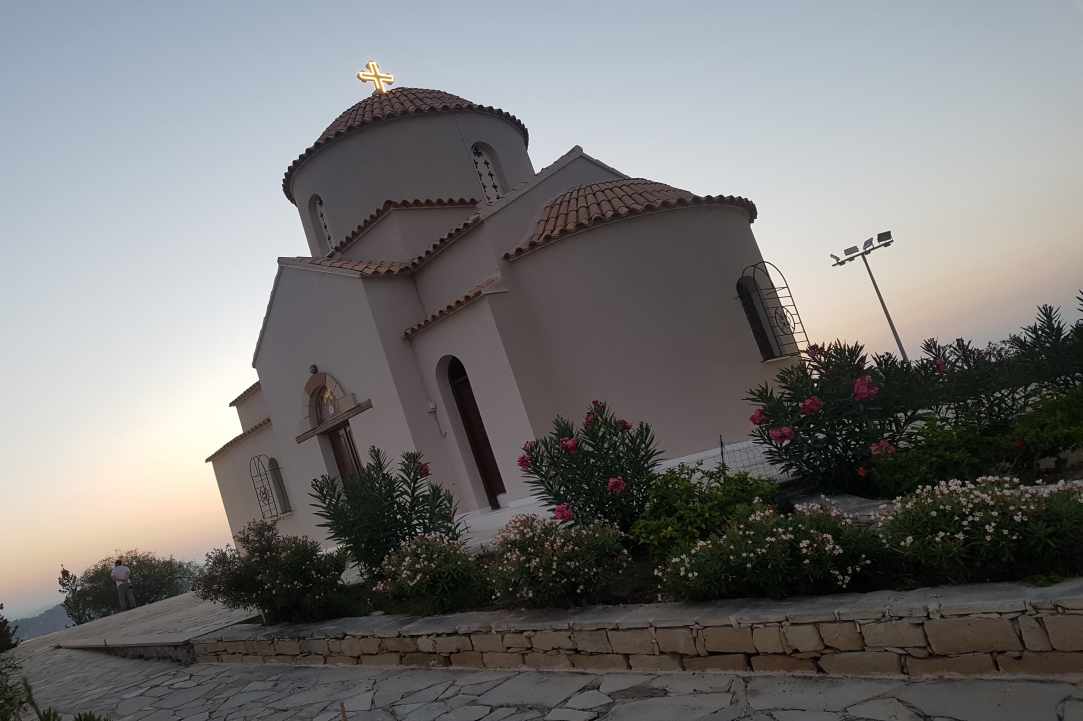 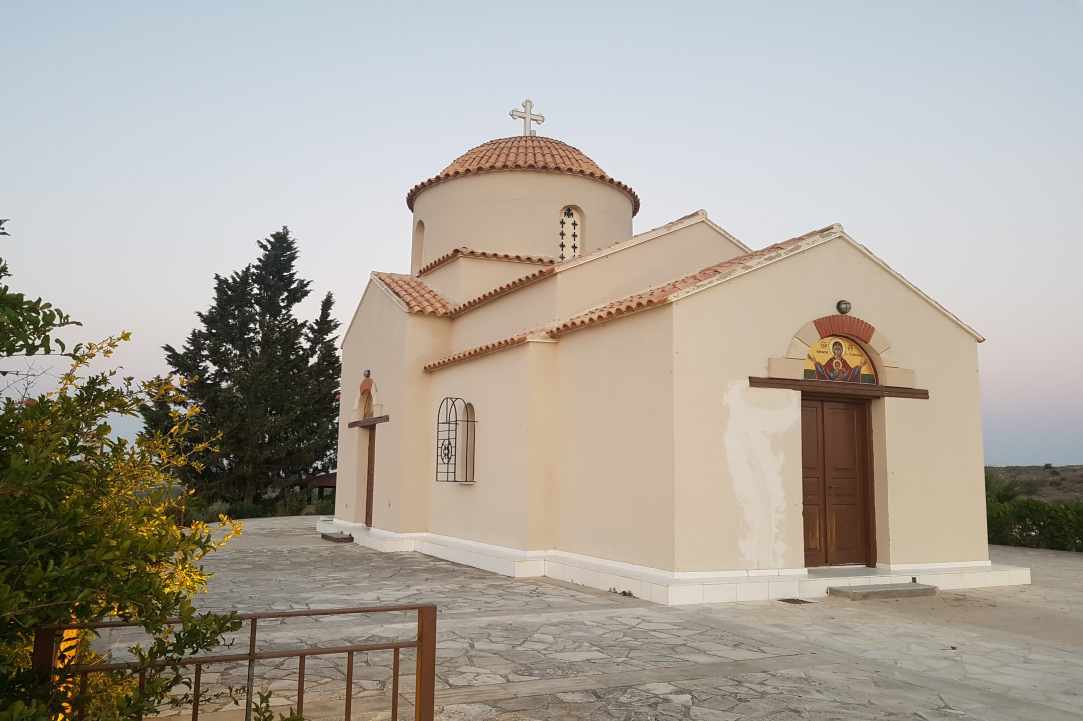 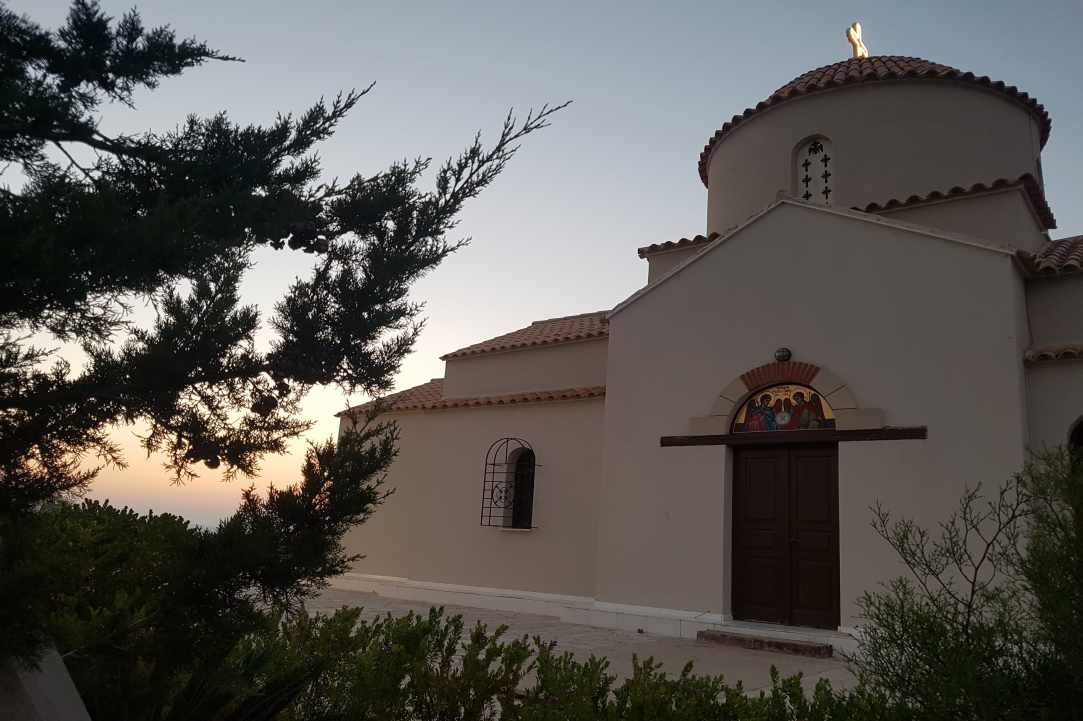 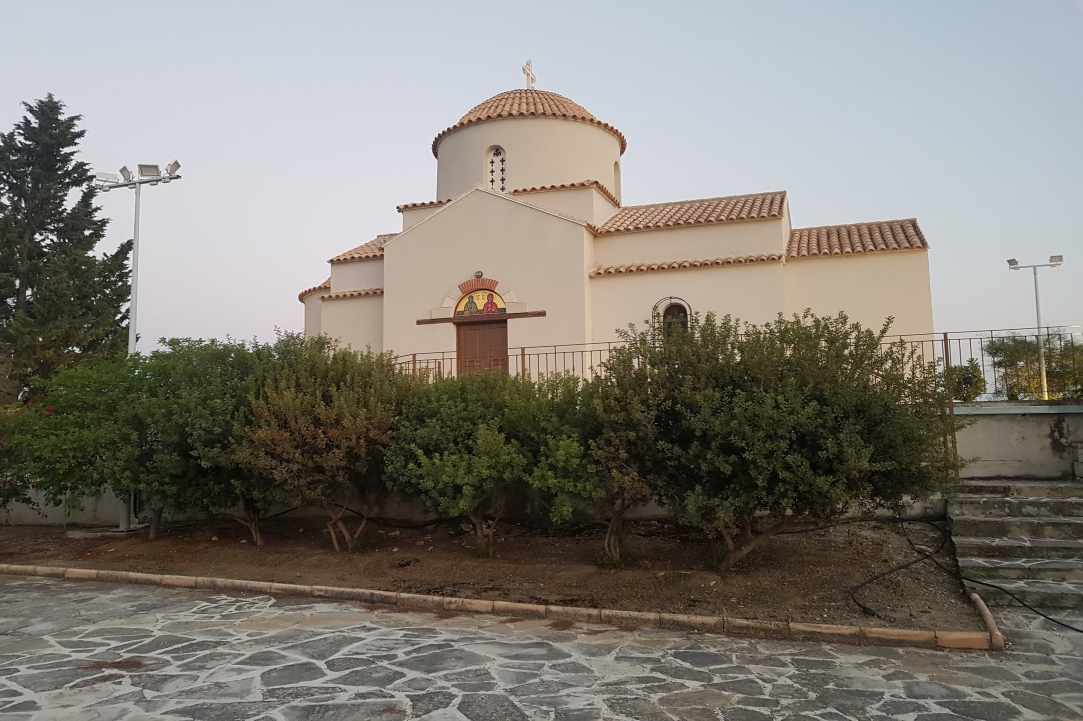 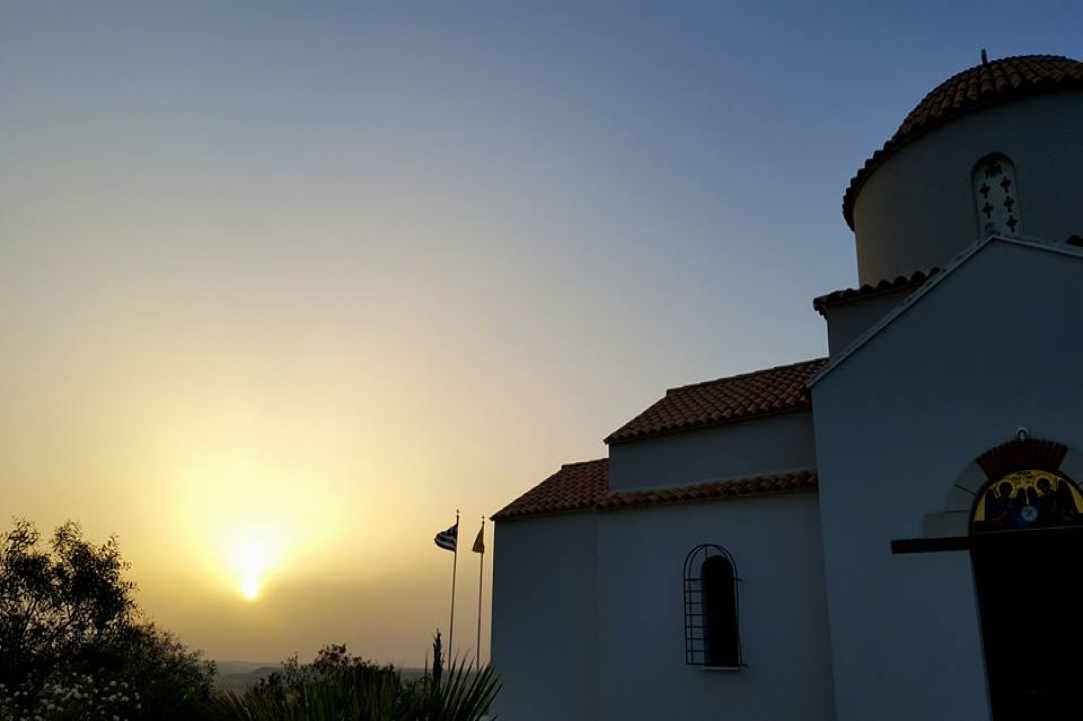 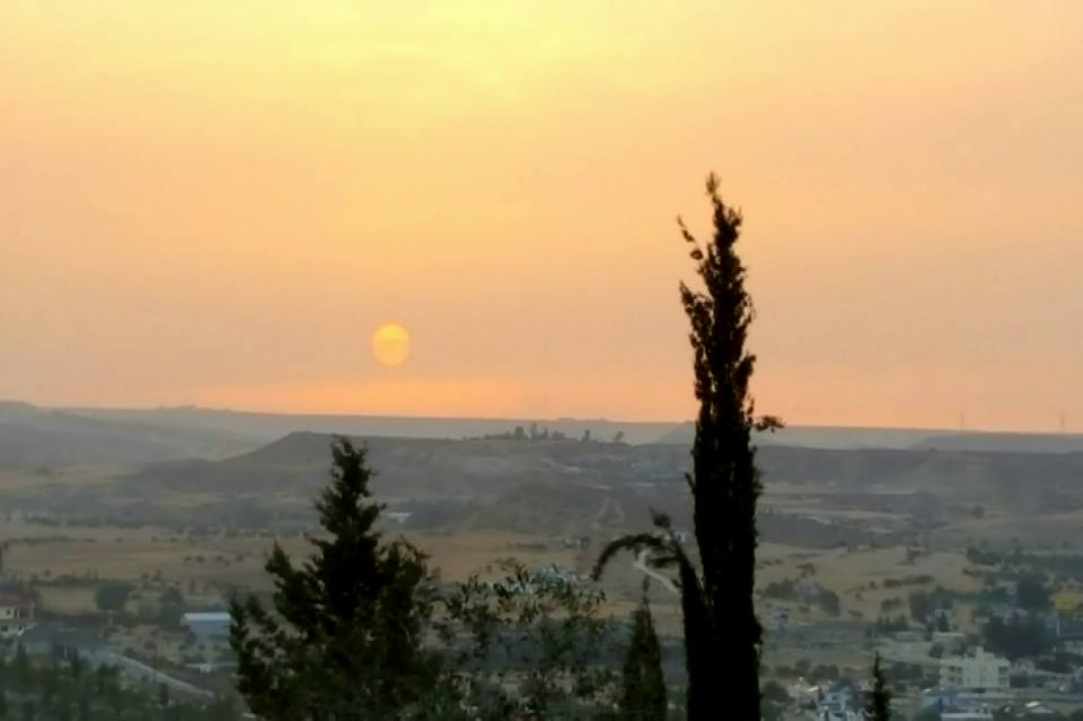 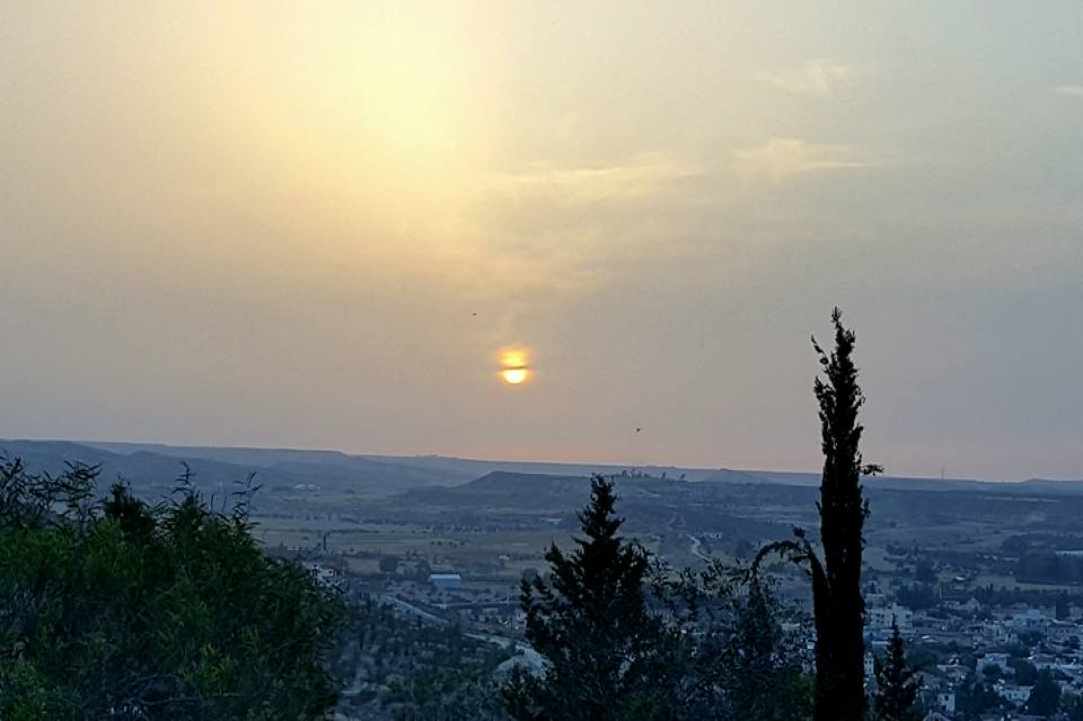 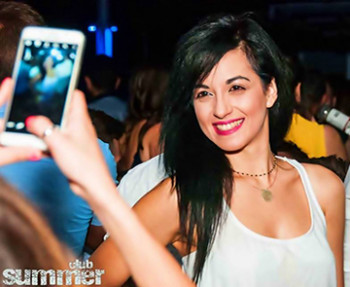 A Week of Vegan Nistia

during the 40-day Christmas Fast in Cyprus

The chapel of lovers

2 stories of how the name "God-Covered" church of...

One of the oldest and most beautiful churches of L...

The miraculous icon of Panagia Tsampika and the my...

A small, ancient chapel in the heart of the "old v...

Dedicated to the Miraculous Saint Herakleidios, on...

The chapel built with milk, hence the name "Galokt...