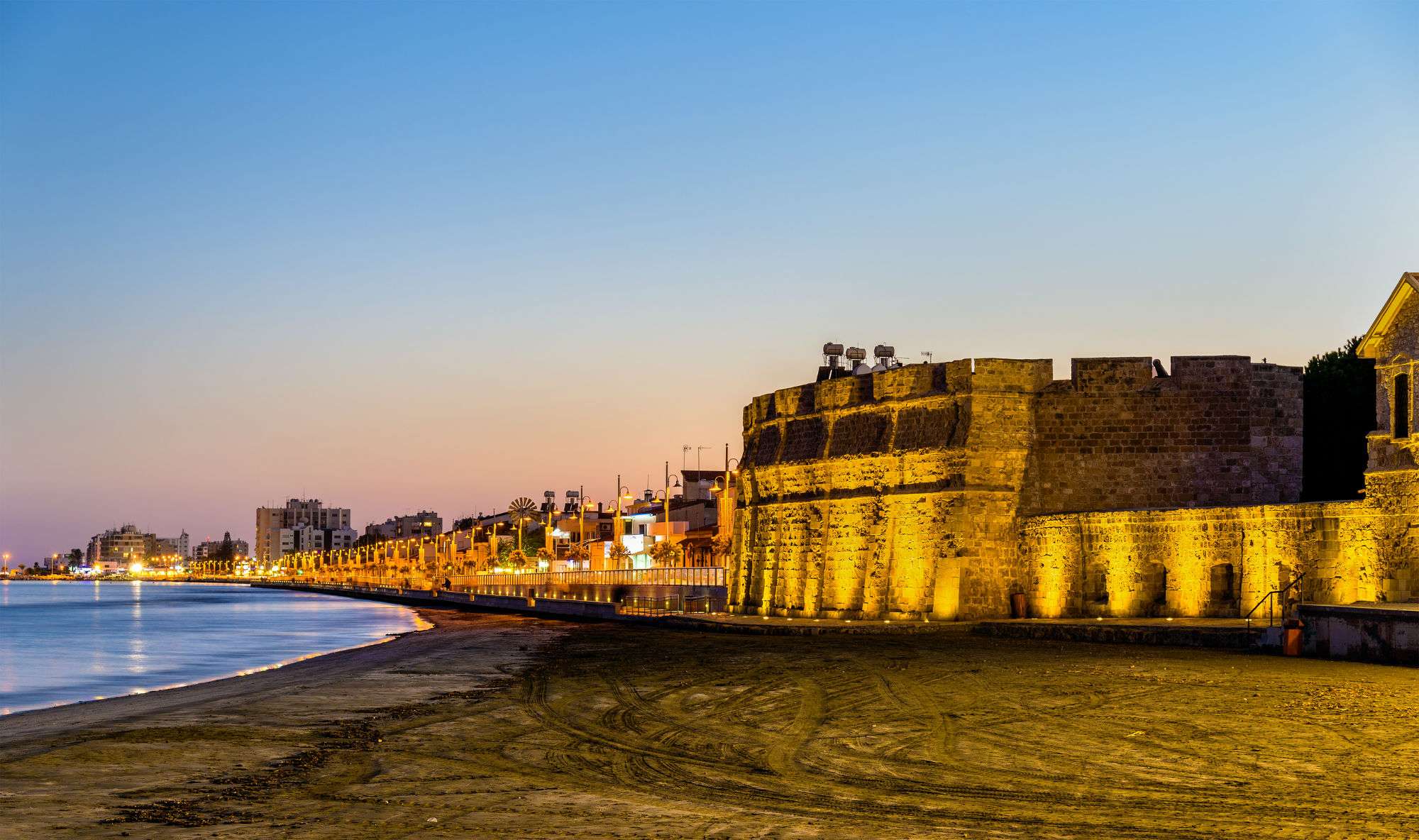 Medieval Castles and Fortresses of Cyprus

The Medieval Castles and Fortresses of Cyprus stand majestically in the port of every city on our island. These castles were built to protect cities from the Arab raids and then passed into the hands of the Venetians, Ottomans and English, changing their use in each period with additions, disasters and renovations.

The castles that exist today are:

Kolossi Castle: It is a medieval fortress outside the city of Limassol, in the village of Kolossi. The castle is stone built with walls of one and a half meters thick and consists of three floors. It was built in 1210 by the Franks, when the area was given to the ruler of Cyprus Hugo A. In 1306 he was in the possession of Knights Templar. Later, it was destroyed by the Genoese and the Mameluks to be rebuilt in 1454. In the old days it played a very important role as it controlled the surrounding fertile area of ​​Kolossi in which sugarcane and sugar were cultivated.
For the map of the area, click HERE 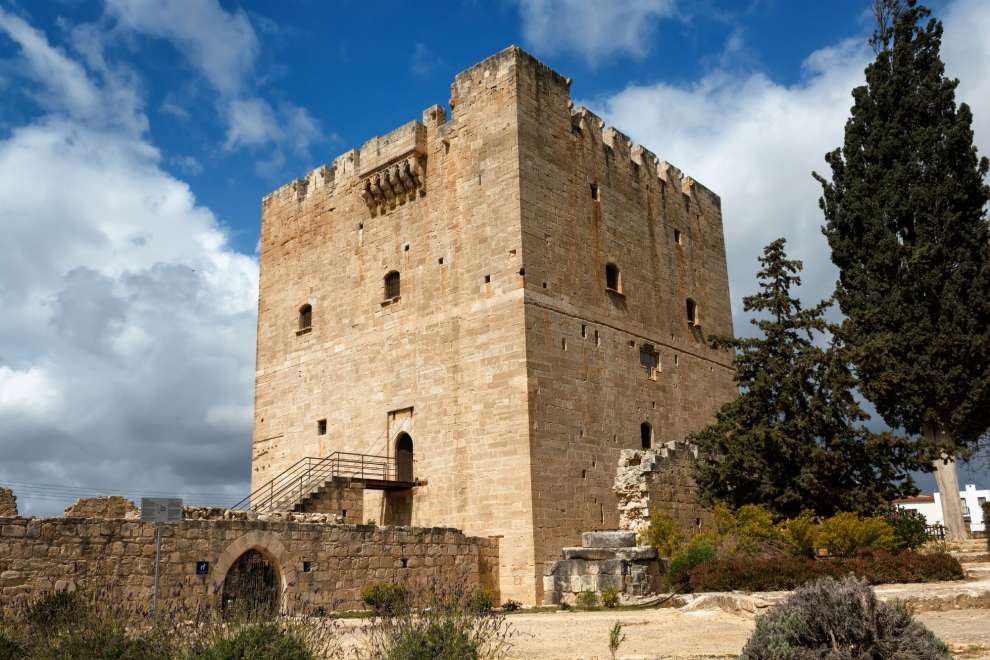 Limassol Castle: The castle took its present form in 1590 and was built on top of an older castle of larger dimensions. According to tradition, in this Castle, Richard the Lionheart married Berengaria of Navarre. The Turks as well as the English later used it as a prison until 1948. When the central prisons functioned in Nicosia, it went under the jurisdiction of the Archaeological Service. Today (2018) it functions as a medieval museum.
For the map of the area, click HERE 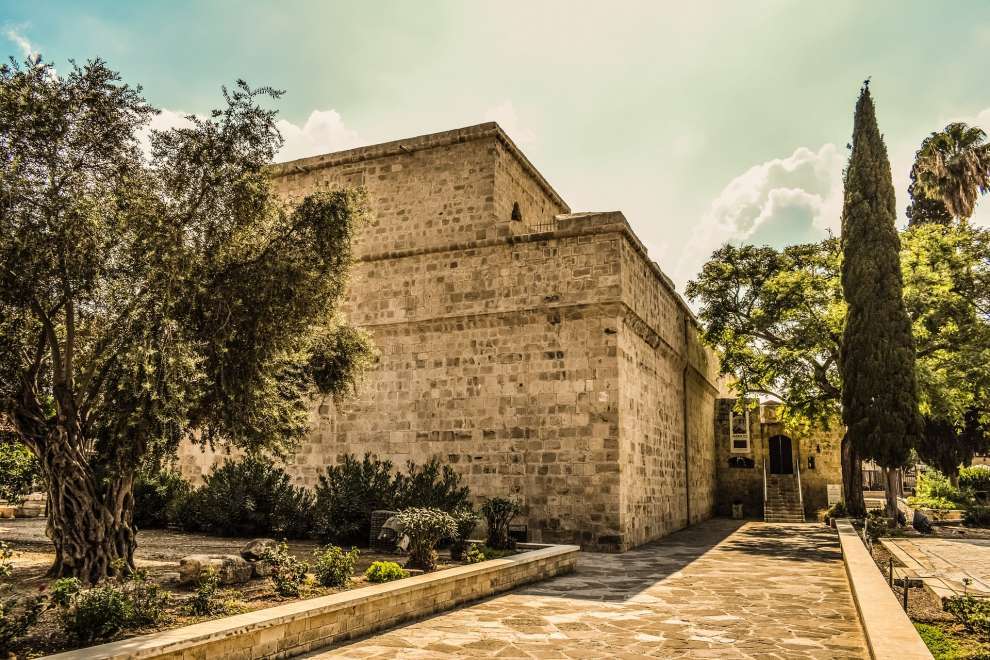 Medieval Fort - Castle Pafos: The castle of Pafos is located in the harbor of the city. Originally it was built by the Byzantines as a fortress to protect the harbor. In 1222 it was destroyed after a major earthquake to be rebuilt by the Lusignan rulers of the island in the 13th century. In 1570 it was demolished by the Venetians. The Ottomans built it again and strengthened it with new fortifications. Today (2018) the castle is used for cultural events taking place every year in September.
For the map of the area, click HERE

Medieval Fort - Castle Larnaka: It is built on the one end of the Finikoudes in Larnaka and dates back to the 14th century. It was built by the Lusignan King Iakov I to protect the Alykes anchor. According to historical sights, earlier, at the same site there was a fortification fortress of the 11th century at the time of the Komnenoi. In 1570 it was demolished by the Venetians in order not to fall into the hands of the Turks and that is why we do not know what its original form was. Today (2018), the interior courtyard of the medieval castle of Larnaka is used for various artistic events that attract many people and mainly foreign visitors.
For the map of the area, click HERE 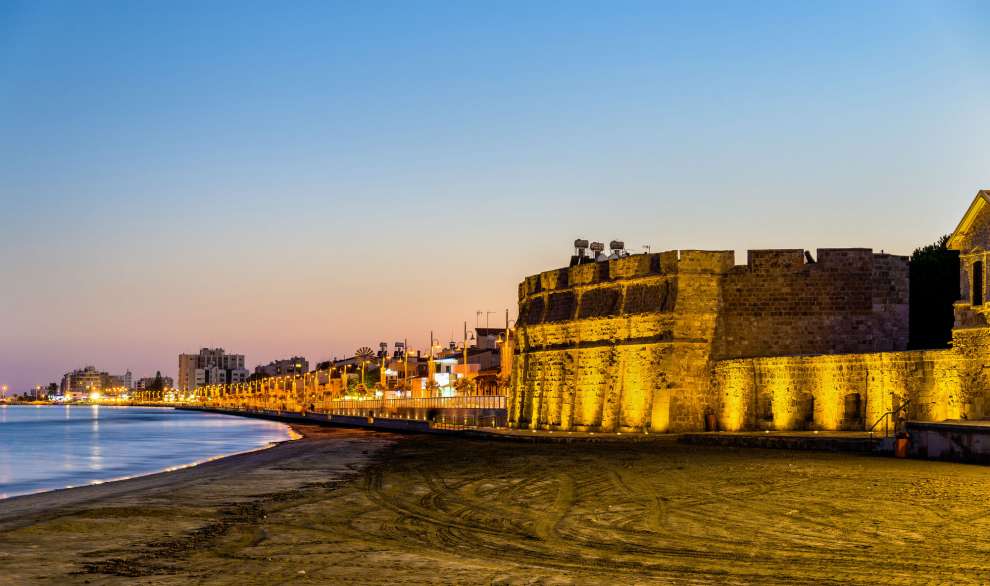 There are also Castles in the occupied part of Cyprus, which after the Turkish occupation and the brutal invasion of the Turks on the great island in 1974, they await the return and union of our island ...

These castles are as follows:

Castle of Agiou Ilariona (Saint Hilarion Castle): It is located in the occupied province of Kyrenia. It was built by the Byzantines in the 11th century A.D. on the top of Pentadactylos. It is located at an altitude of 725 meters. It took its name from Saint Hilarion who practiced there when he was young. During Frankish rule, it was the residence for Frankish rulers and in the 14th century it was destroyed by the Venetians. Today (2018) it is under the illegal occupation of the Turkish conquerors. 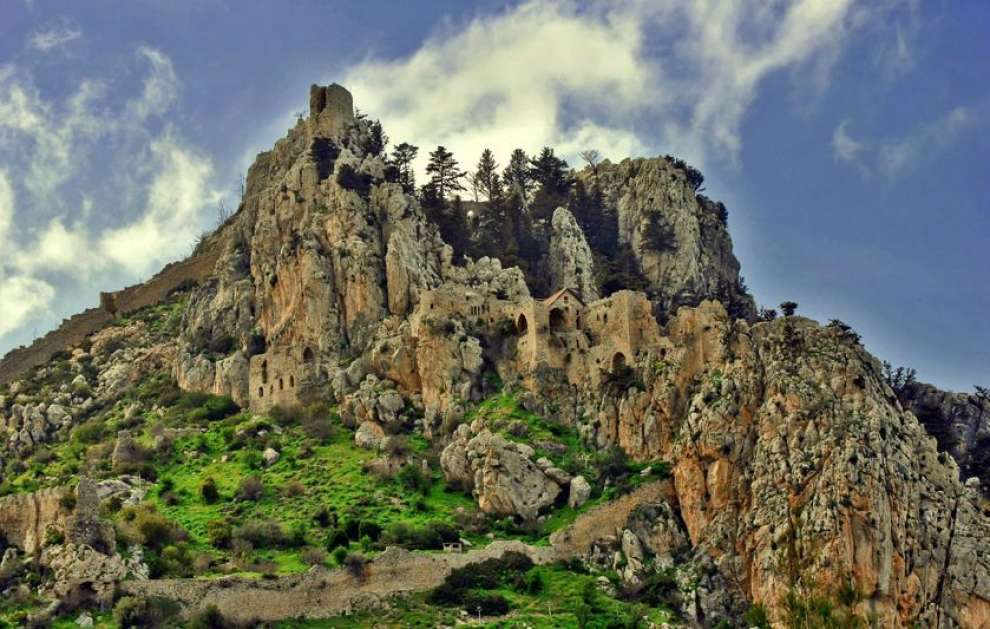 Castle of Famagusta: It is located in the occupied Famagusta. This castle is also called Othello Tower. During the Byzantine period, it was a tower which, during the Lusignan hegemony, was extended and reached its present form by the Venetians. Its walls are 3.5 meters long, 4 and 10 inches tall. The castle protected the inner harbor of the city. The Venetians later built new bastions and reinforced the walls. Today (2018) it is under the illegal occupation of the Turkish conquerors. 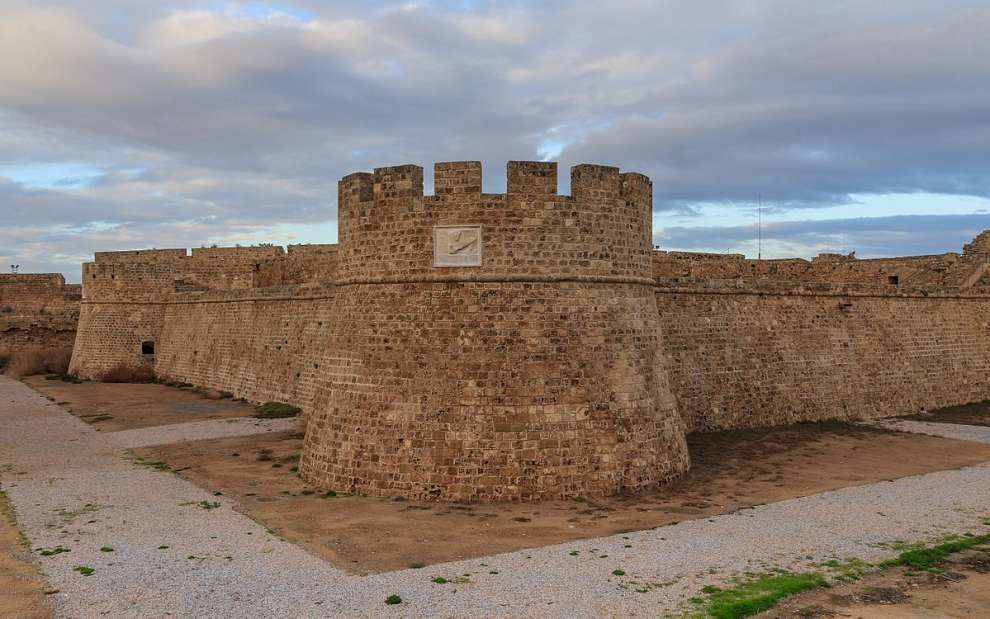 The Buffavento Castle: It is located in the occupied part of Cyprus. It was built by the Byzantines in the 11th century. It is located at an altitude of 954 meters at the peak. During the Frankish period it was used as a prison and was destroyed in the 16th century by the Venetians. The name is considered to be derived from the Franks to commemorate the Boufart castle in France. Today (2018) it is under the illegal occupation of the Turkish conquerors. 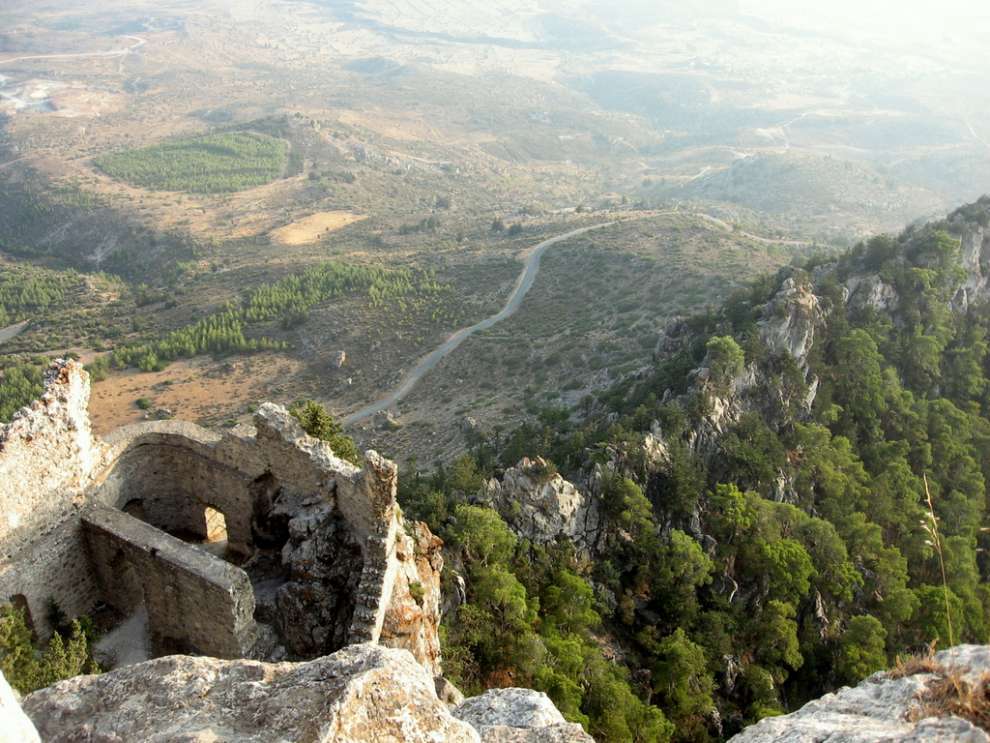 Kantara Castle: It is located in the cloistered Pentadaktylos and was built in the 11th century by the Byzantines, while in the 16th century it was destroyed by the Venetians. Its name is believed to originate from the Arabic Kandar which means a steep rock due to the location of the castle. Today (2018) it is under the illegal occupation of the Turkish conquerors. 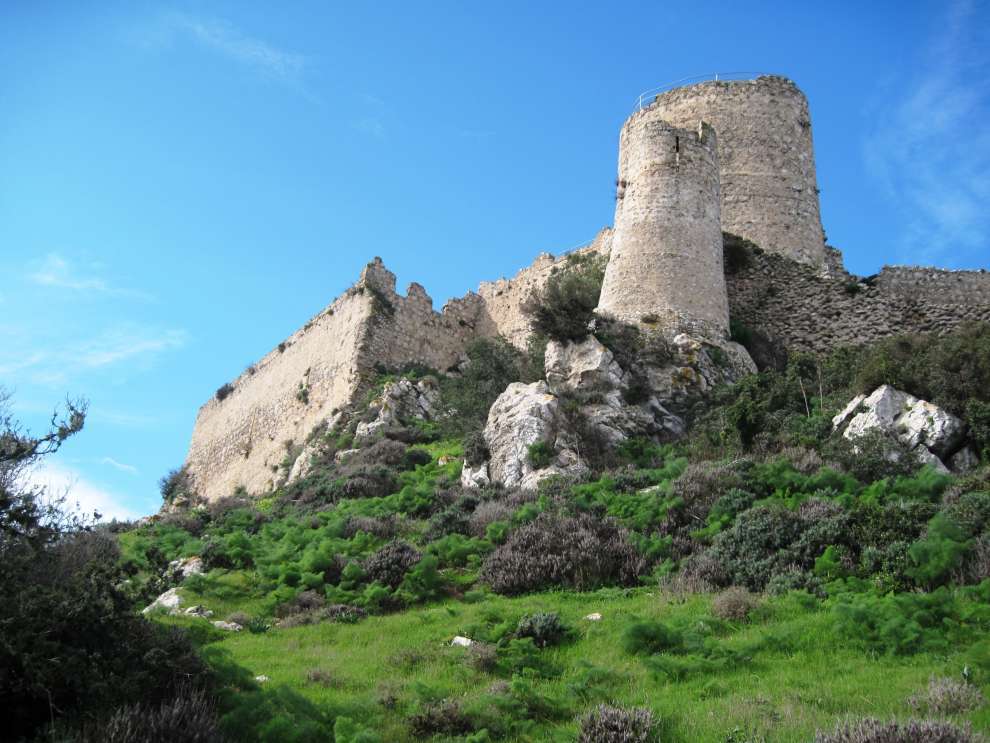 Kyrenia Castle: It is located at the harbor of occupied Kyrenia. It was built by the Romans and was rebuilt by the Byzantines in the 7th century for more protection of the harbor from the Arab raids. In the 11th century it was renovated by the Luizitans, in the 13th century, royal apartments were built on it and destroyed by the Venetians, who strengthened the walls of the castle and built new towers. In 1570 it passed into Ottoman domination and later to the British who used it as a prison. It is noteworthy that today in the castle's room is the Kyrenia Ship, 4th century B.C, which had been found in the sea and was lifted and assembled. Today (2018) it is under the illegal occupation of the Turkish conquerors. 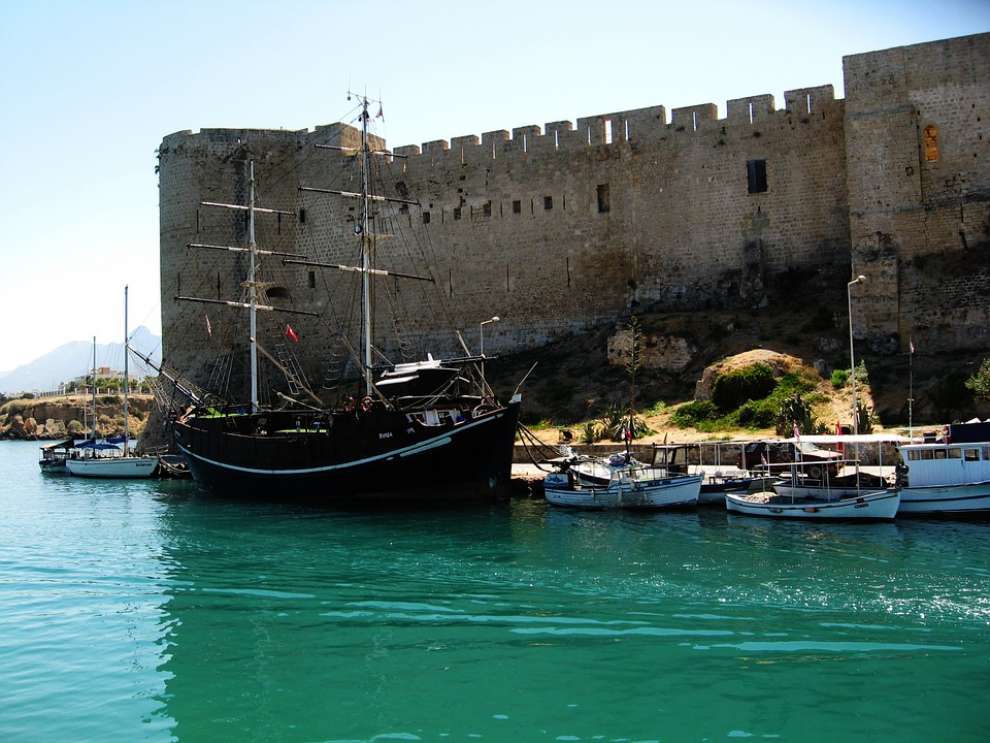