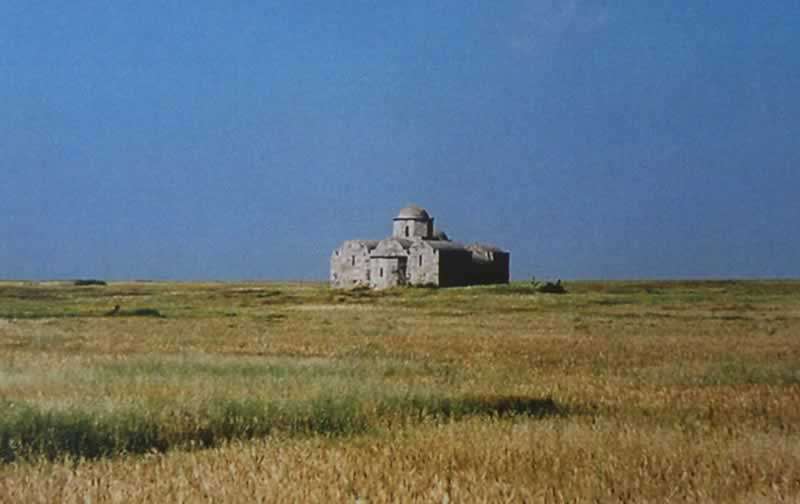 Acheritou is a village in the Famagusta district. Located less than ten kilometers west of Famagusta and adjacent to the British Bases of Saint Nicholas or "four miles" as many call them.

The village is situated geographically where Kokkinohoria end and the plain of Mesaoria begins.That is why the ground presents a variety of rocks of various geological periods-before the Pliocene 7 to 2 million years ago, in the east of the village Pleistocene between 1.7 million and 10.000 years as the Holocene ie last geological period of the history of the earth, 10.000 years ago until today.

For the name of the village there is no specific credible version, documented in any way. At times however,  the following have been said:

Further south is the current Refugee settlement of Agios Georgios Acheritou - Vrisoullon where many people from Acheritou and refugees from the surrounding villages were installed. The communities population is currently 2.500 inhabitants.