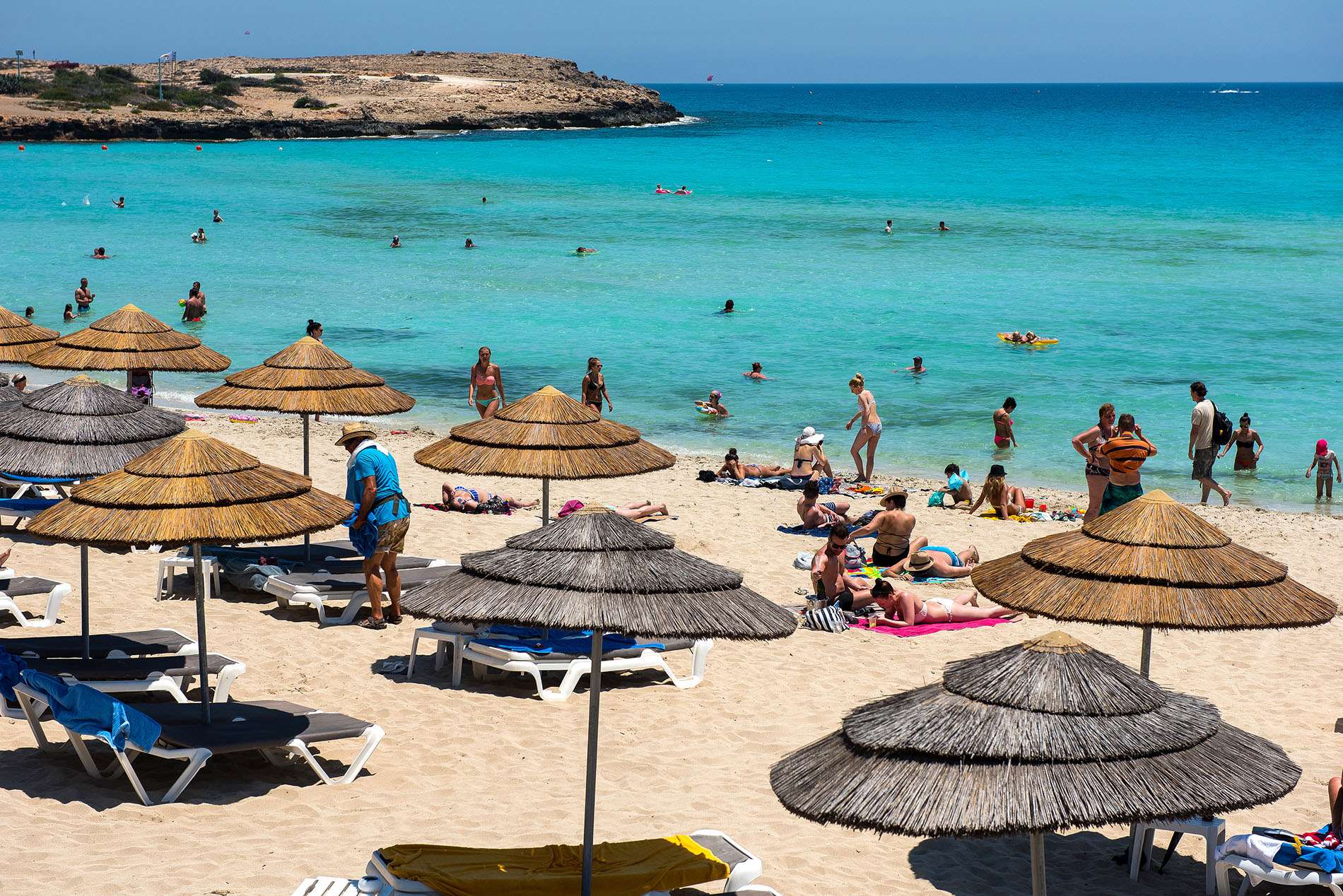 It is an amazing place with picturesque beaches, sights, monuments and has an extraordinary nightlife.

Ayia Napa is the most popular place in Cyprus. It attracts many tourists from all over the world, mostly at summer. It is an amazing place with picturesque beaches, sights, monuments and has an extraordinary nightlife.

According to local legend, the now renowned original icon was accidentally discovered by a hunter in pursuit of his prey. Upon discovery, the icon of the Virgin Mary was called Virgin Mary of Napa, eventually shortened and now known as Ayia Napa. The present monastery, built in 1500, was built around the cave, in honor of the Virgin Mary of Ayia Napa. According to local tradition, until 1790 no one lived within close vicinity of Ayia Napa. The first inhabitants who actually appeared and settled were twenty men from Salonica, Greece.

Geographically, Ayia Napa lies near Cape Greco at the eastern part of Cyprus, just south of Famagusta and forms part of a larger area known as Kokkinochoria (a name derived from the red color of its soil). It is a town of Famagusta District, in the remaining southern part of the district not occupied by Turkish forces in 1974. Ayia Napa is about 8 kilometers (5.0 mi) from Protaras, a town that has recently seen similar development, but still manages to remain low-key and remains more favorable for families and Cypriot locals.

Interview with the owner of Brandshop in Ayia Napa

5 days filled with rock music and some of the UK’s...

Is something more than just having fun, it offers...

The coexistence of elephants and hippopotamuses 65...

Ayia Napa will become a fairytale this year, with...

Prospects for Cyprus Tourism in 2017 Positive

A few more months to go till summer. What are you...

...into a Themed Water Park

The flood festival at Ayia Napa.