Mosfiloti is a pure Greek village in the province of Larnaka and is located in the heart of the three major cities of Nicosia, Limassol and Larnaka. The village crosses the tributary of the river Tremithos, which keeps water in its bed during the spring months. In the last official population census, made in 2002, residents reached 1095.

The village is surrounded by the mountains of Pipis, Vizakeri, Petromoutos and Kalogeros. The Pipis and Kalogeros mountains were rebuilt in 1981 with pine trees and today they are considered to be the village's lungs. The green and the variety of natural vegetation of the mountains give the natural beauty of Mosfiloti.

The name of the village of Mosfiloti is synonymous with the mossy tree (crataegus azarolus). The area of ​​Mosfiloti is full of these trees. It is remarkable that the Cypriot name, used until today in Cyprus, is ancient Greek. Today there are not many shrubs, because of the fact that old British domination, due to poverty and scarcely enough work, there were several woodcutters that cut down several trees.

The village of Mosfiloti according to Nearchos Clerides was built around the monastery of Saint Thekla, which existed before. The monastery was founded in 330 AD. Together with Stavrovouni, from St. Helen. The foundation of the village around the monastery should be placed in Byzantine times. During the Frankish and Venetian times, the village was a feud, but we do not know which noble family it belonged to. On old charts it is marked Mesfolot or Mesfelot. Below the monastery there is a holy bath used by believers to treat skin diseases and eczema.

The Holy Monastery of Saint Thekla celebrates on September 24th, the day when our church celebrates the memory of the great martyr and Isapostolos of Saint Thekla. It is one of the biggest festivals in the province of Larnaka. 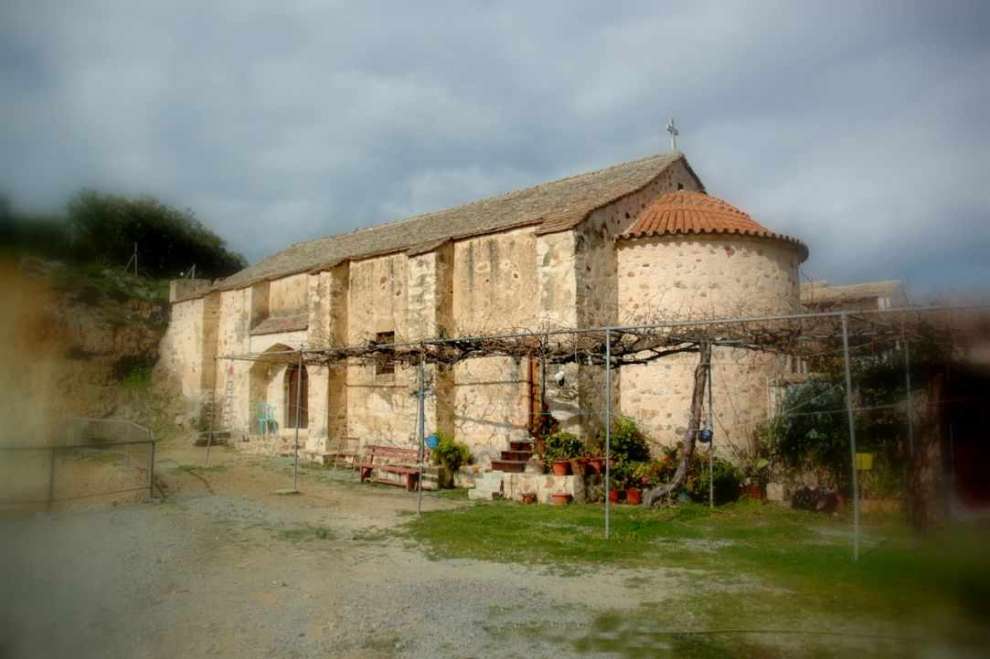 In various locations of the village, ancient objects, caves and a tomb were found at times.