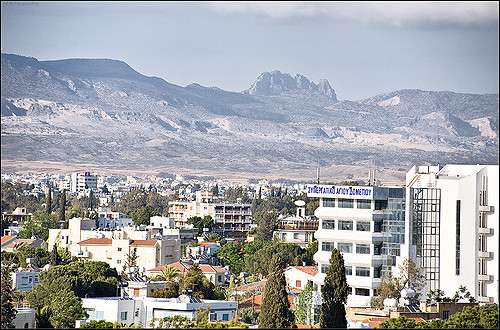 Most of it has been under Turkish occupation since 1974

Agios (Saint) Dometios is located in the west of Nicosia, it is an independent municipality since 1986 and is at an altitude of 160 meters. Most of it has been under Turkish occupation since 1974. It is located 3 km from Nicosia and crossed by the streams of Ciema and Tziinnar, tributaries of Pediados.

It first refers to Frankish as a feud. Until the younger years it was a small village with two churches of Saint Georgios and Saint Dometios. Its name  comes from Saint Dometio. In Agios Dometios you will find the Agios Dometis barricade (road block) which opened for the public in 2004 and the Nicosia Race Club.

...a chapel used for marriages and baptisms.

Bet on the wrong horse

If you lose at Nicosia’s races you at least win an...