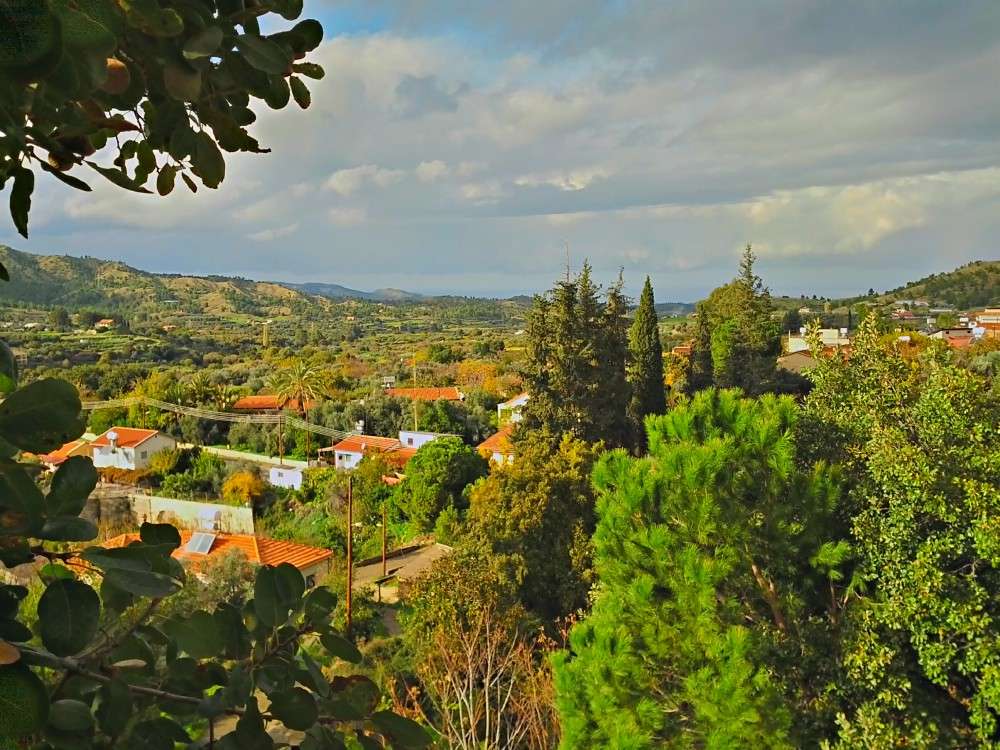 Once Cyprus had trains..

Evrychou is a village in the Nicosia province and it is located about 50 kilometers southwest of the capital and 30 kilometers from Troodos. It is located on the old road of Nicosia - Troodos. Evrychou is built on the eastern bank of the Karkotis River, at an average altitude of 440 meters. Small streams flowing down the slopes to the valley, which break up the landscape of the village.

In the last census of 2001, Evrychou numbered to 819 inhabitants. The population development of the village is mainly due to its rich and fertile land.

As for the name of Evrychou there are several versions. The predominant version reports that it was named after the village because it is the only village of the area with the largest area.

In the area of ​​Solea there were twenty-six flour mills. This large number indicates the large cereal production and the driving force that existed, the water. 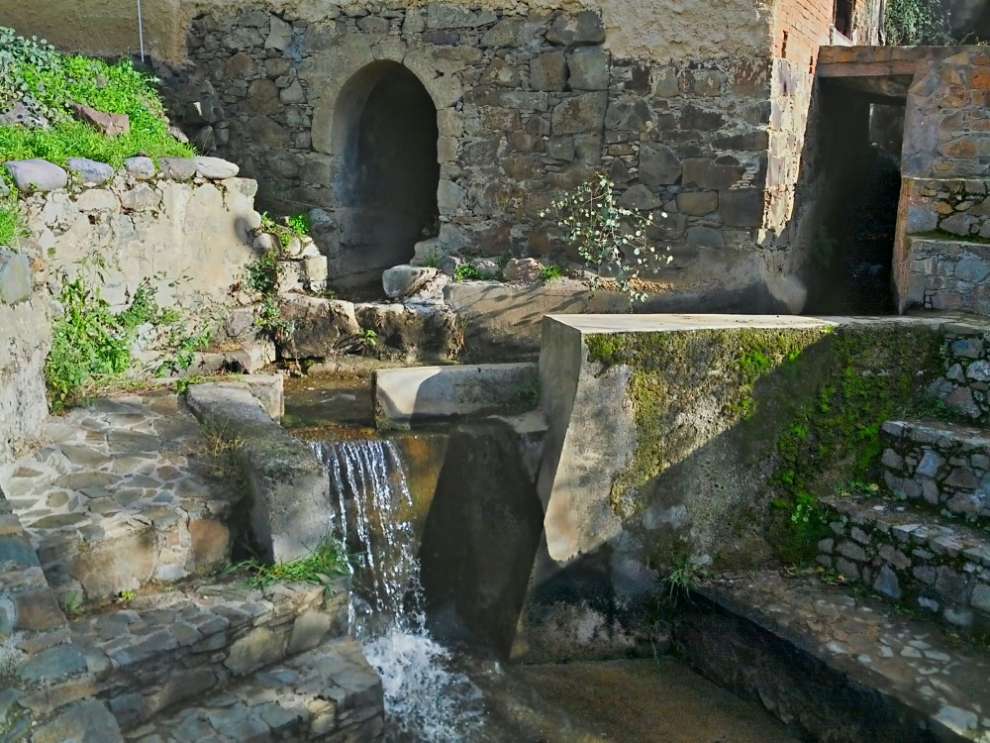 The village of Evrychou receives an average annual rainfall, so apples, pears, plums, apricots and peach trees, almonds, olives, vegetables (mainly potatoes), a few legumes, vines and grain are grown in the area. The region of Solia is famous for its fruits and vegetables, but Evrychou is well known for its apple quality. 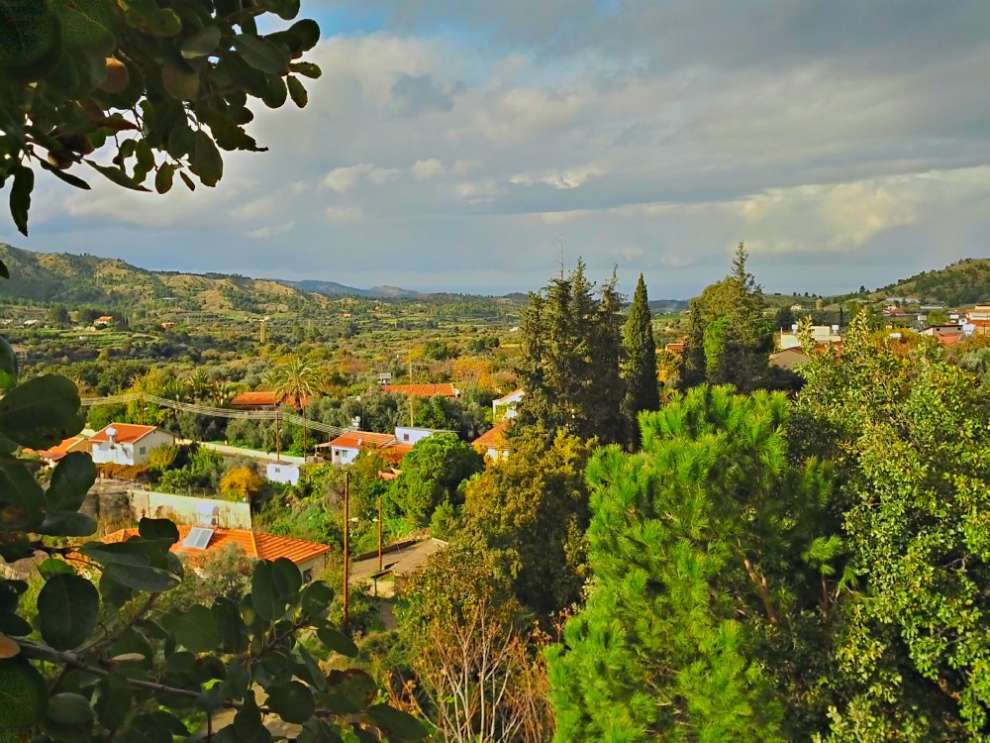 The suffering of the tragic summer of 1974 and the Turkish invasion of Cyprus led to the refugees and seats of the metropolitan regions. Thus, after the Turkish invasion, the seats of the occupied metropolises were temporarily transferred to the free part of the island. The Morphou Metropolis today is based in Evrychou, continuing its important work and its valuable contribution.

The Church of Agia Marina is located in the center of Evrychou, it was built in 1872 and operates regularly week after week with the church of Agios Georgios. It is a Gothic style with a variation of the windows and roof that is sloping. On the south side of the courtyard there was once a cemetery. 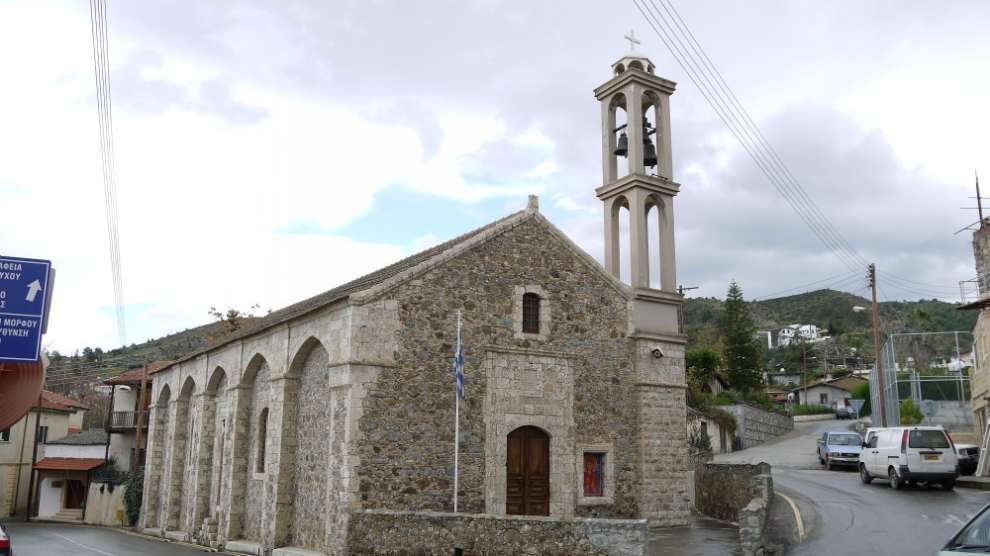 One of the important events that marked the eve of the English during their presence in Cyprus from 1878 to 1960 is the operation of the railway in 1905-1951. On October 21, 1905, the inauguration, in Famagusta, of the first line up Nicosia and 1907 up to Morphou to reach the final station in Skouriotissa and Evrychou in 1915. Where the ruins of a stone-built building survived, it was the last station of the Cypriot railway. It was built in 1906. During its operation it carried 7,348,643 passengers and 3,199,934 tons of cargo. From that station survived only the main building, which was maintained and restored by the Department of Antiquities. The operation of the railway terminated on 31/12/1931.

The Museum of the Cyprus Government Railroad is located in the village of Evrychou and it is open daily.